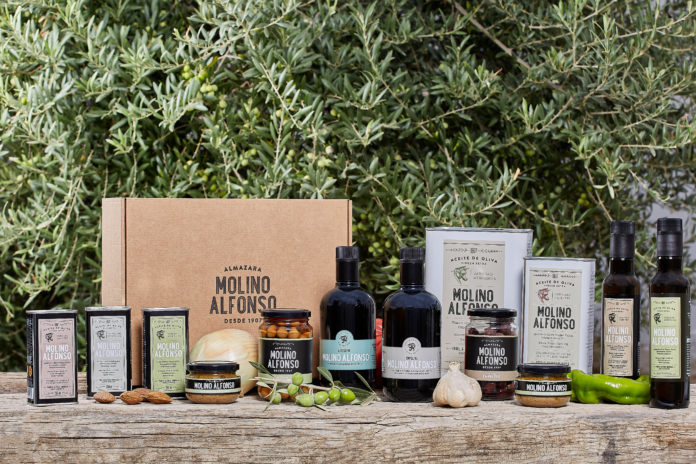 The centenary oil mill located in Belchite is in an expansion phase and is already present in 9 European countries. It began exporting three years ago and already accounts for 20% of its turnover. The mill was a pioneer in offering olive oil tourism.

Practically at the gates of the city of Zaragoza, near the old village of Belchite, Julián Alfonso Pradas founded an olive mill more than a hundred years ago to produce, bottle and market olive oils with the Designation of Origin Bajo Aragón, a liquid gold whose production has even survived one of the most bloody battles of the Spanish Civil War. Four generations later and a constant evolution in the processes both in the harvesting and transformation of the olive, up to the bottling of the oil and its sale, have led this product to reap great recognition, as well as a great international projection. Since Florentino Alfonso Casas joined the mill in 1997, the company has been engaged in a process of innovation both in machinery and in the sales process, which is combined with the artisan process and the didactic and tourist activity thanks to its museum space.

The Molino Alfonso brand, in addition to empeltre and arbequina oils, also produces products derived from its extra virgin olive oil, such as truffle or chilli spiced oils, among other aromas; or cosmetics, in which they have been working for more than 20 years to produce moisturising cream, natural soap or hand cream. With empeltre and arbequina olives, they also market their own handmade pâtés. 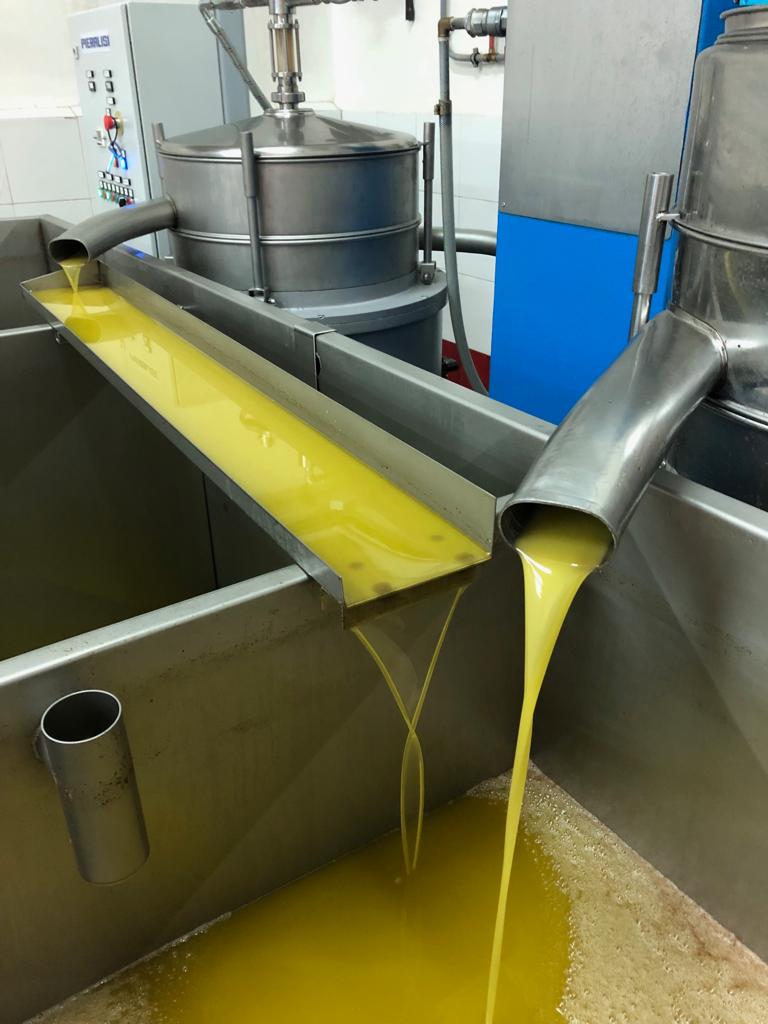 The values of tradition, through four generations of master millers, the recognised quality of this product, the commitment to farmers and customers and the respect for the land, the olive tree and the environment remain intact after almost 115 years. In this quest for quality and recognition, since 2019 they have been marketing premium first harvest oils, better known as aceite en rama or unfiltered oil. This oil is extracted from olives harvested on the first day of harvesting, which takes place at the end of October at the optimum moment of ripening. The product is cold extracted and bottled unfiltered, which gives it greater freshness. This oil, which has a strong and even cloudy colour, should be consumed within two months at the most.

The Molino Alfonso mill, which is also internationally renowned, has received awards in famous olive oil sector competitions such as TerraOlivo in Israel (Grand Prestige Gold, Prestige Gold and Gold for its empeltre and arbequina varieties) or AVPA Paris (Gold and Silver Gourmet for its single variety arbequina).

Their regular attendance at the main national events in the olive oil and food sector -World Olive Oil Exhibition and Salón de Gourmets in Madrid, Alimentaria in Barcelona, OLEOMAQ in Zaragoza- has given them more information on trends and has allowed them to increase their export opportunities. 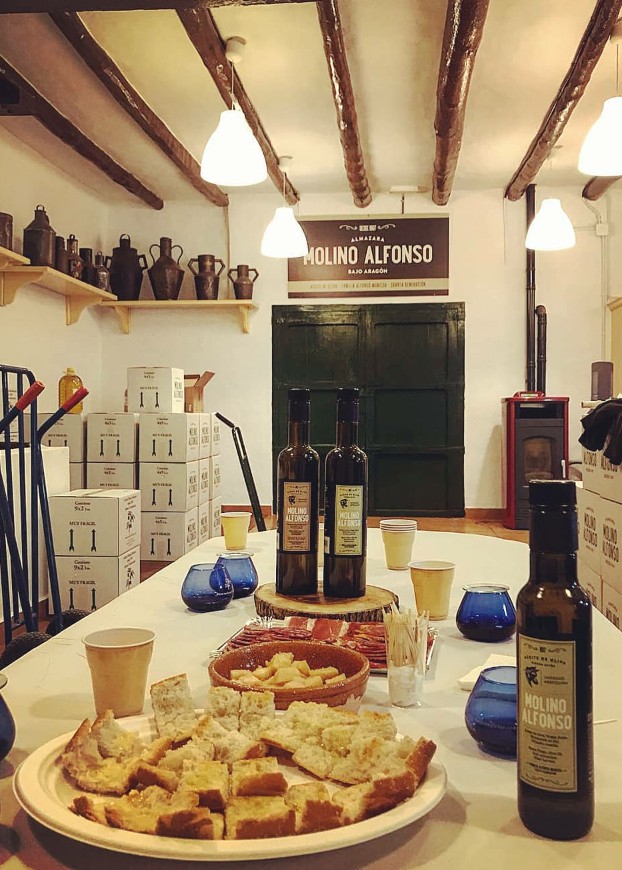 Molino Alfonso began exporting its production on an ad hoc basis through clients who travelled to Belchite attracted by the oil from the area and took it back to their country. An international interest that was promoted by the company by attending conferences, fairs and trips abroad to sell the product. An international mission that began three years ago and which has already made Molino Alfonso’s premium vintage EVOO a success in nine European countries such as Italy, Germany, France, Switzerland, Austria, Hungary, Denmark, Finland and Holland. 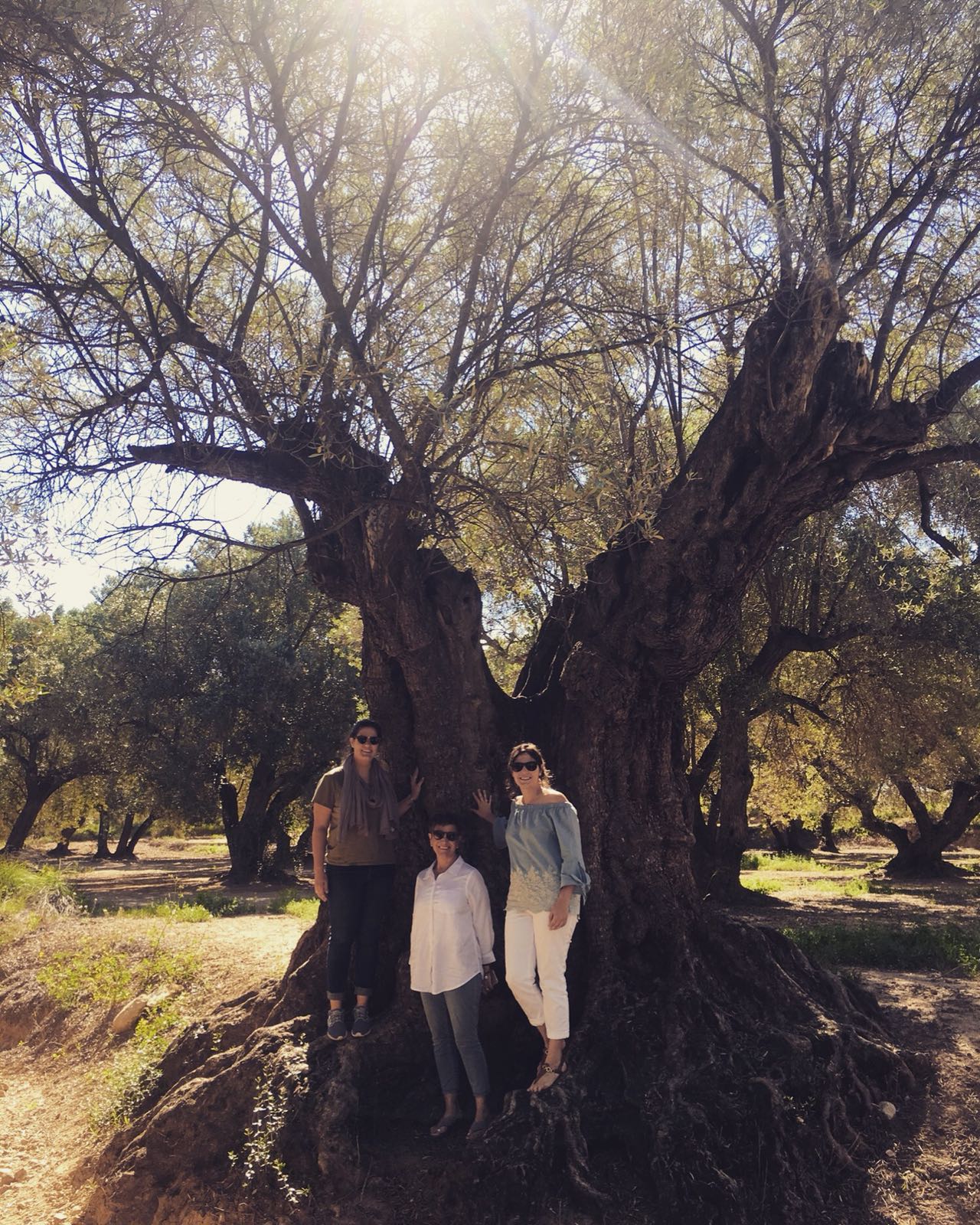 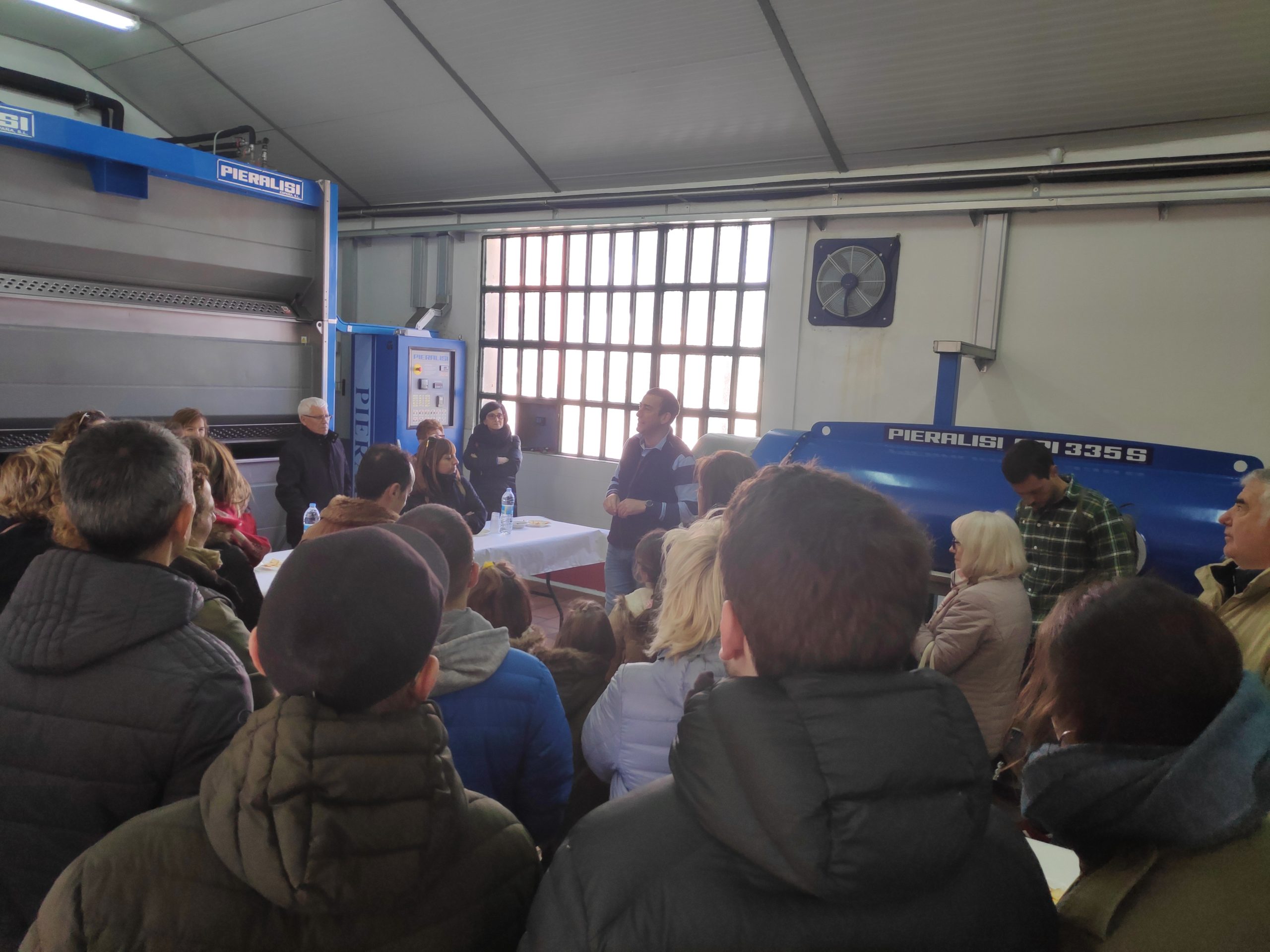 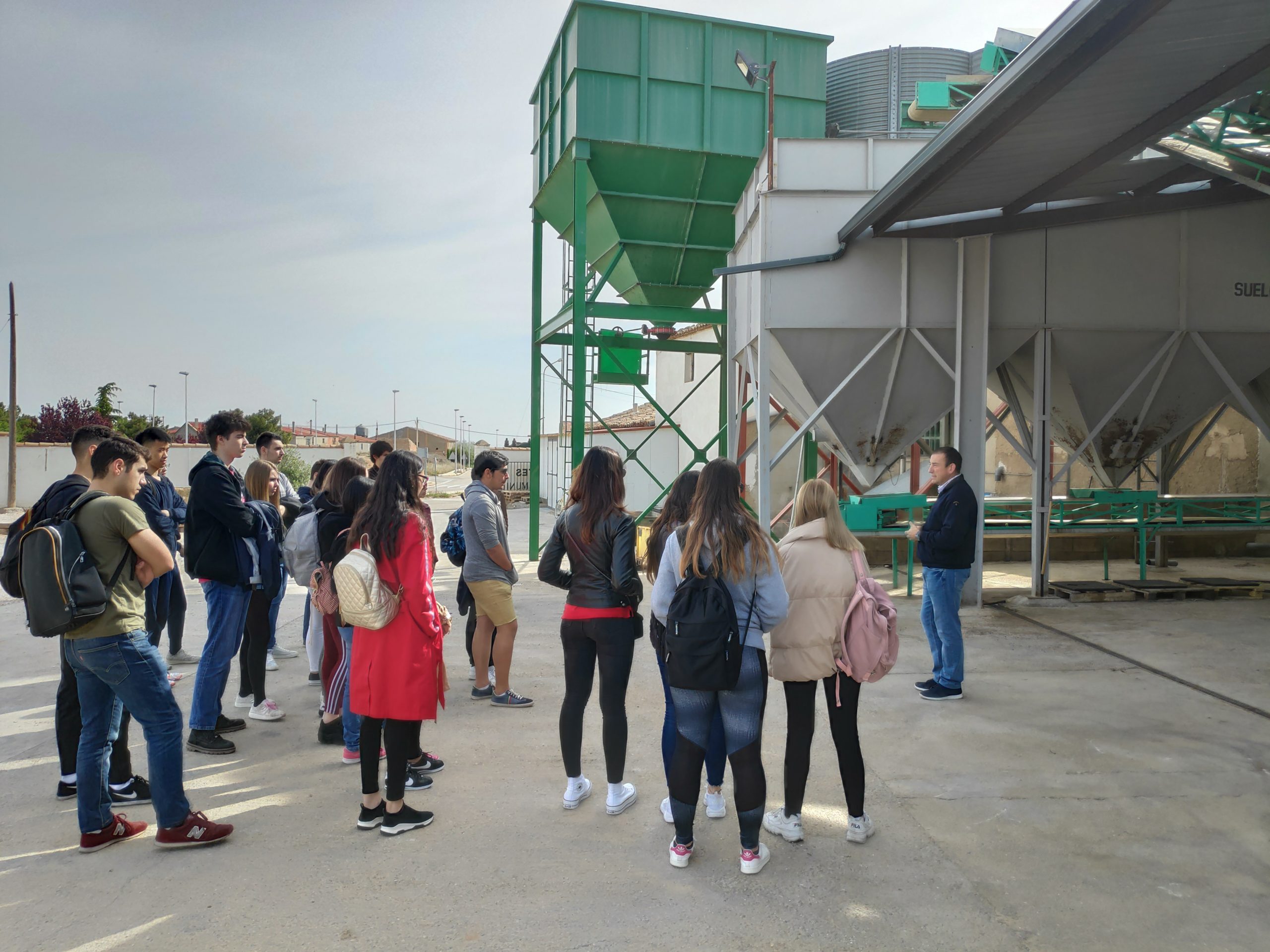 Before olive oil tourism became fashionable, this olive mill from Aragon already started to carry out olive oil tourism activities in the region, back in 2000, when it opened the doors of the mill to the public for educational purposes. In 2018 they joined forces with two other companies in the Belchite region, EcoLécera and Bodegas Tempore, to create GastroBelchite, a project to raise awareness of the benefits of wine tourism, olive oil tourism and ecotourism with nature as the protagonist.

For further information and to book a visit to the mill visit their website https://www.molinoalfonso.com/.

Zaragoza’s transport will be 100% electric, minimalist and more spacious: Present the ‘ie tram’