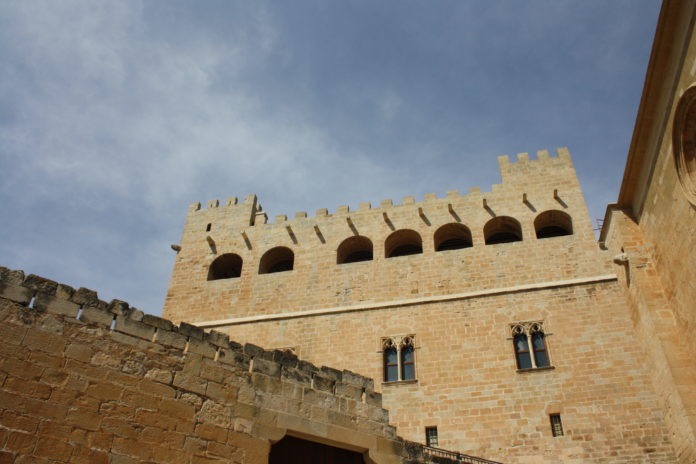 Aragon is a land of medieval castles and some of the best preserved castles in Spain and even in Europe can be visited in the region.

Now that the health situation has made it necessary to travel around Aragon in a different way, Go Aragón invites you to visit the rich historical heritage of the region’s fortifications. In the province of Teruel alone there are some 600 fortresses, walls, towers, mills and other elements of this type. Although it is almost impossible to make a selection of just a few of them, here is our selection of 8 castles in Aragon that you should not miss.

In the Hoya de Huesca is the Loarre Castle, a medieval jewel, considered to be one of the best preserved in Europe. It was built in the 11th century and a century after the main construction, the walls, which cover a considerable part of the hillside, were erected. It is a real pleasure to stroll through the fortification, walk around its corners, enjoy the Romanesque art and its church and imagine Ridley Scoot’s filming of The Kingdom of Heaven, with Orlando Bloom, Liam Neeson and Eva Green. It was declared an Asset of Cultural Interest and National Monument in 1906.

2. Castillo de Valderrobres
Valderrobres Castle dates back to the 12th century, although it could be older. Its majestic silhouette towers over the Teruel municipality of Matarraña, making it one of the most beautiful villages in Spain. It was controlled by the archbishops of Zaragoza, who were the lords of this place. Today it is very well preserved and has been restored so that the attractions of the fortress can be visited. Performances are held inside during the summer and exhibitions are scheduled. It forms part of the Club de Castillos y Palacios de España (Spanish Castles and Palaces Club) promoted by Turespaña. 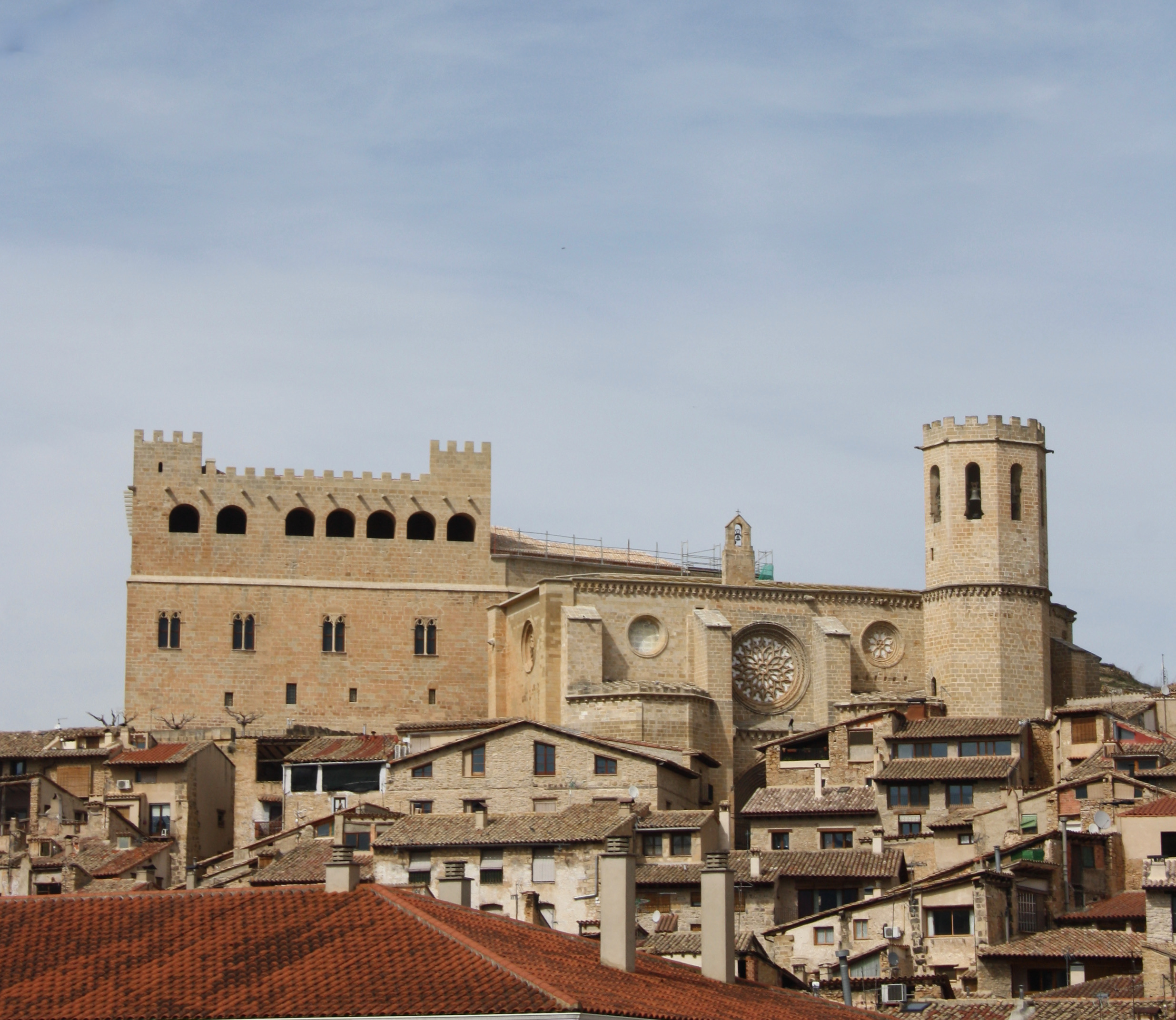 It is a curious, surprising, jewel of medieval fortresses. Reddish in colour, the castle was built taking advantage of the topography of the land. That is why Peracense Castle is unique. It sits on a rocky extension of steeply sloping odeno and became a defensive enclave of the first order in the province of Teruel. For this reason, it is one of the most original castles and one of the most interesting in terms of heritage and landscape in the region. It forms part of the Club de Castillos y Palacios de España (Spanish Castles and Palaces Club) promoted by Turespaña.

The impressive castle of the Fernández de Heredia family combined military and stately residence functions and is a pure example of the typical palace-castle. The castle of Mora de Rubielos, as it is also known, is one of the best preserved and is the largest castle in Aragon in terms of surface area. Romanesque and Gothic elements were used in its construction.

5. Castillo de Alquézar
Visiting Alquézar is synonymous with travelling back in time. The town is another religious-military complex which, like many others in the province of Huesca, began life as a Muslim fortress at the beginning of the 9th century. It was reconquered in 1067 by Sancho Ramírez, who granted privileges to the place on 27 April 1069. The castle of Alquézar was converted into a collegiate church after the Christian reconquest.

6. Castillo de Monzón
The Arabs erected this castle in the 10th century until it passed into Christian hands, under Sancho Ramírez, in 1089. The Knights Templar settled here in 1143 as a result of the will of Alfonso I the Battler. The Order of the Temple built the outer walls, the towers, the dormitories and the curious stables dug into the rock. It was in this castle that James I the Conqueror was educated as a child. Its interior houses an interpretation centre dedicated to the Temple.

Zaragoza is also home to some interesting medieval castles. Sádaba Castle, in the Cinco Villas region, was built on the rock at the top of a small hill in the second half of the 13th century. Visiting it is a good opportunity to do some slow driving in Aragon. The crenellated fortress is different from those of its time because of its rectangular layout.

The town of Sos del Rey Católico, between Navarra and Aragón, was born around its castle. The primitive Arab castle built with wood was the point on which the houses of the town were built. Later, some 200 years later, Ramiro II would reform it to avoid enemy attacks. He then used stone. Of that 12th century castle, the most remarkable vestige that remains is the Torre del Homenaje, but a stroll through the town of Sos del Rey Católico is always a real pleasure. On the same trip you can visit the Castle of Sábada, the Castle of the Peña de Ayllón in Uncastillo. It is a perfect way to get to know the castles of Aragon.

Facebook
Twitter
Pinterest
WhatsApp
Email
Suscríbete a nuestro boletín
Artículo anterior
David Rey (zerca!): “Our vocation has never been to be an Amazon. The value proposition for commerce and the customer experience are radically different”
Artículo siguiente
In Aragon we have 3 of the 7 most impressive footbridges in Spain

The castle of Mequinenza is also exceptional!

Thank you a lot for article!Nice pictures and useful information about Aragon’s castles.