It will bring together internationally renowned artists such as: Bunbury, Vetusta Morla, Kase O. Jazz Magnetism, Love of Lesbian, Café Tacvba, Molotov, Babasónicos, Ximena Sariñana and up to 36 artists. 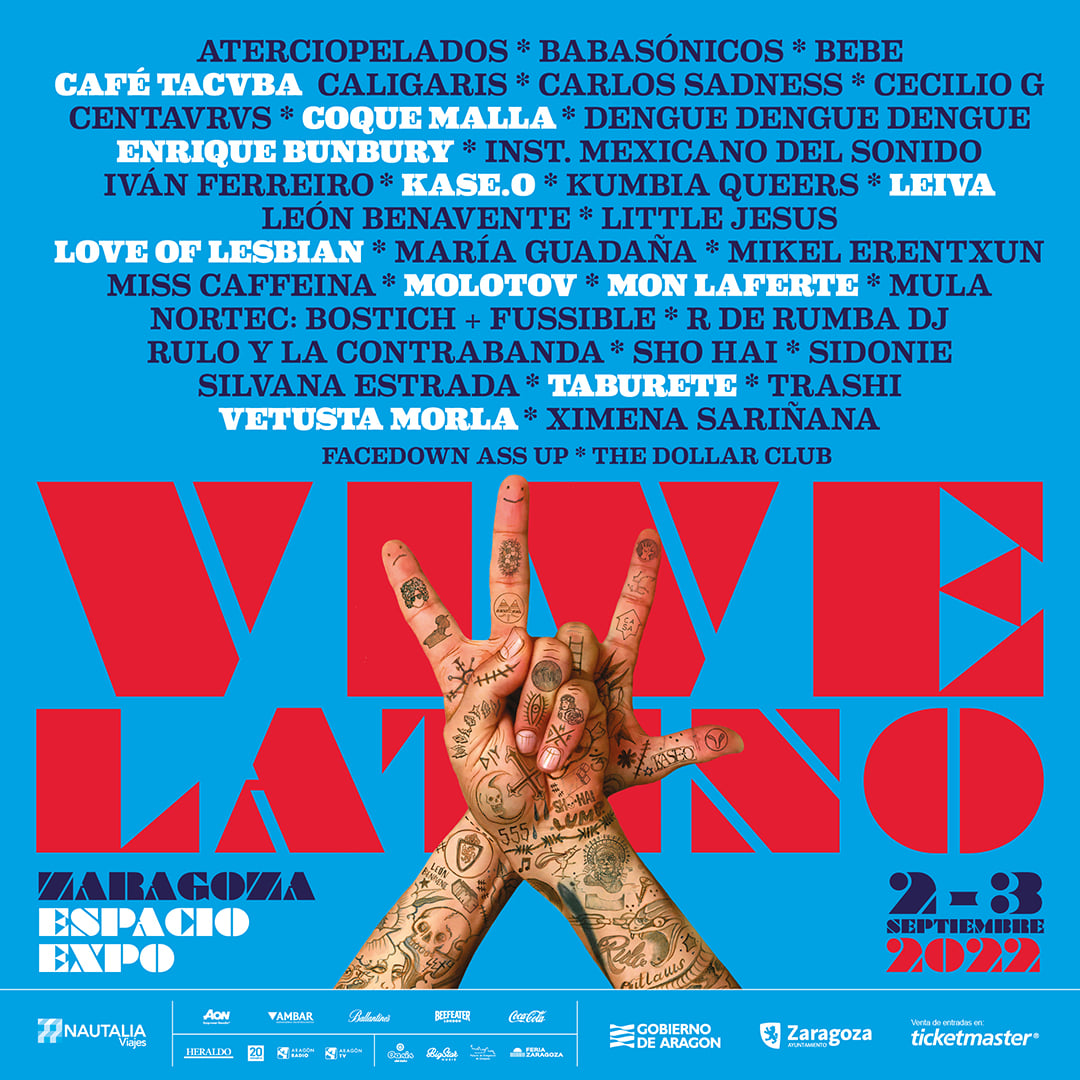 Vive Latino, the music festival par excellence of Latin America music, held annually in Mexico City since 1998, will arrive in Spain in Zaragoza in 2022 for its first edition in the country. In its 21 editions, Vive Latino has managed to gather more than 2 million spectators in front of its stages, where they have been able to enjoy the most emblematic groups of Latin American and international music, as well as emerging groups that, thanks to the festival, have become massively known by an extremely varied public. Because if there is one thing that characterizes Vive Latino, it is the diversity of styles that coexist there.

It is this same spirit of coexistence of genres, artists with consolidated careers and emerging artists, which will be experienced in Zaragoza on September 2 and 3, 2022. The first edition, presented in December 2019, managed to sell more than 25,000 tickets before it was postponed to March 2020 due to the health crisis of COVID 19. The date was then postponed to September 2021, which, for the same reasons, had to be cancelled indefinitely.

In the festival, which will put the finishing touches to the summer of 2022 and will be held at the Espacio Expo, we will have the opportunity to enjoy great national artists such as Bunbury, Vetusta Morla, Kase O. Jazz Magnetism, Love of Lesbian and Taburete, among others, and the most recognized Latin American groups such as Café Tacvba, Molotov, Babasónicos and Ximena Sariñana.

The 80,000-meter Espacio Expo site will include 3 stages with constant proposals, different food and beverage areas and recreational and rest areas. Season tickets are already on sale at www.vivelatino.es at the discounted price of 99 € plus booking fee for a limited time.

The will and objective of bringing this great musical event to Zaragoza, which will generate both cultural and economic wealth for the city, has been firm since its conception. For this reason, Jordi Puig, founder and director of Vive Latino Mexico in its 21 editions, representing the Mexican promoter OCESA, as well as Nacho Royo, director of Vive Latino Spain associated with Nautalia, and the Government of Aragon and the City Council of Zaragoza acting as co-organizers, have been working to present the new dates and the line-up of what will be the first edition of Vive Latino in Zaragoza.