A mysterious destination is hidden within the natural landscapes formed by the Piedra river that crosses Nuévalos, it is the Monasterio de Piedra, one of the three Cistercian monasteries that are hidden in this town and that have great curiosities to discover in this space. 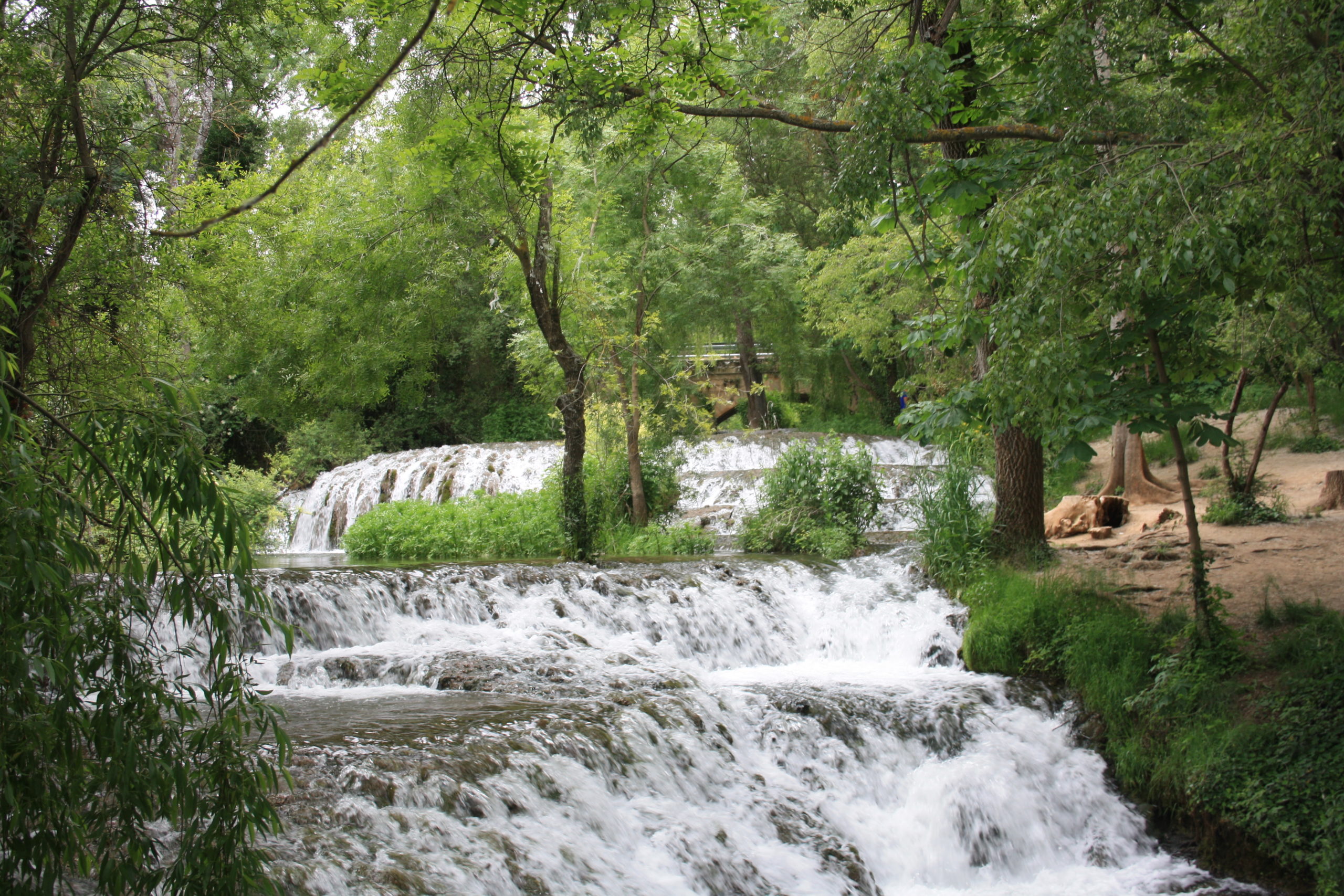 In the coming weeks we will introduce you to the three Cistercian monasteries of Aragon.

If you let yourself be carried away by the water, you will find incredible waterfalls, caves and beautiful waterfalls, where you will also find a particular vegetation typical of the place, with an arid landscape that makes it even more particular. The first monastery is located a few kilometers from Calatayud, in the town of Nuévalos, being a Cistercian monastery that is right inside a wonderful national park full of waterfalls and caves.

The truth is that this is one of the most important and attractive destinations in Aragon, because it preserves, in the best possible way, the architectural and religious legacy of the Cistercian Order, so it is worth visiting this site and enjoy the wonders it has to offer. If this stone monastery has aroused your curiosity, you should know that here we are going to show you everything you need to know to enjoy the best possible experience in this destination during your tour of the region.

The most impressive waterfalls 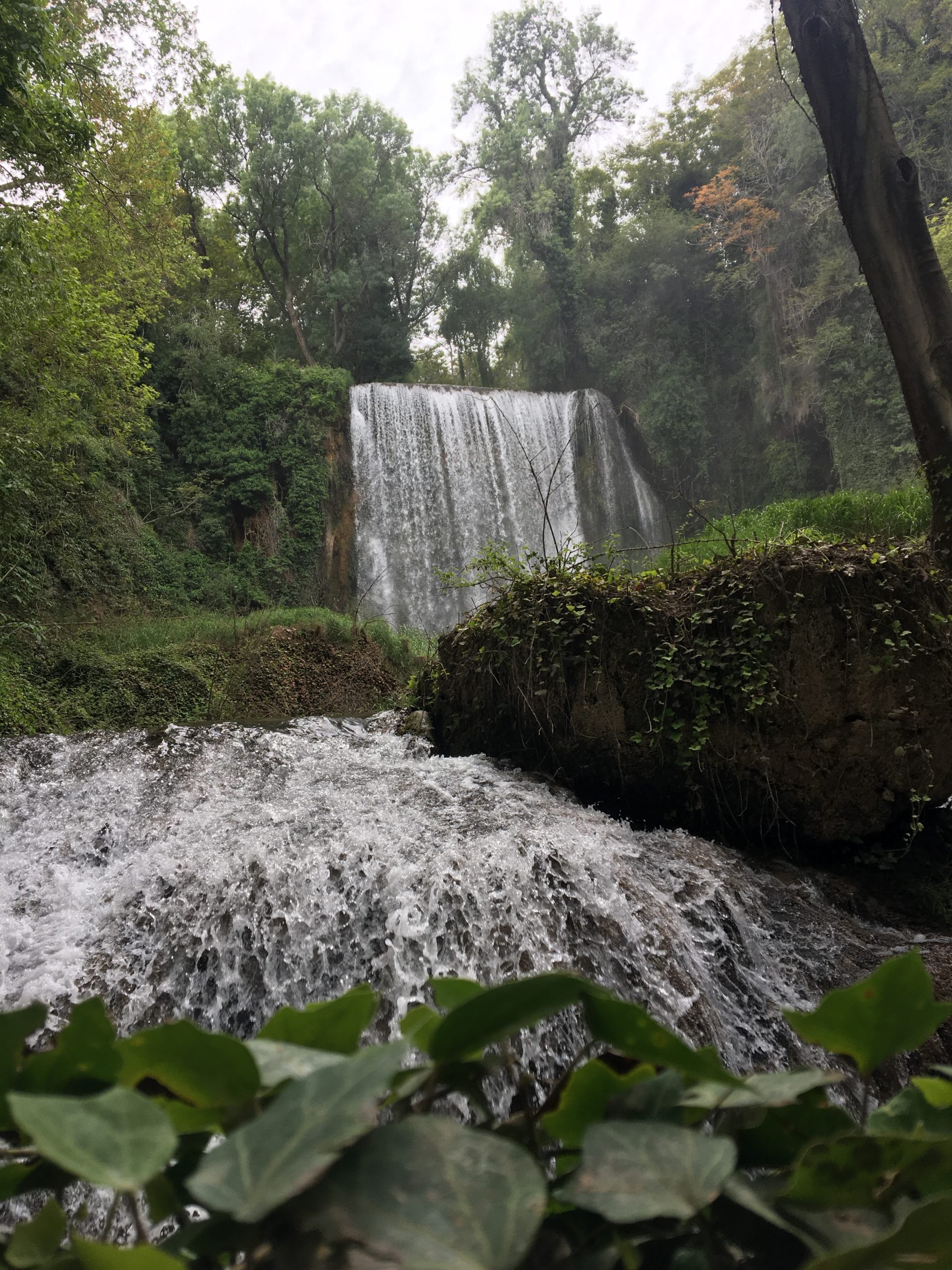 As we mentioned before, the Monasterio de la Piedra is located inside a natural park that, at the same time, has a great variety of attractions, among which the waterfalls stand out for the natural beauty offered by these magnificent falls.

Let yourself be carried away by the water and discover the most impressive waterfalls, such as the Cola de Caballo, which is one of the most famous of the town, and you should also know that just inside it is a natural cave with stalactites, which gives it an even more impressive touch.

The Horse’s Tail extends for more than 5 meters high, which generates an incredible free fall, hiding behind it the Iris Grotto, showing an image very similar to those seen in movies often.

Of course this is not the only waterfall, but there are also other bodies of water very pleasing to the eye, for example, if you want to visualize calm waters to enjoy a relaxing moment with the pleasant climate, you can enjoy the view of the Mirror Lake, where you can appreciate a striking orchard that combines with the abundant water, which is really strange in the arid climate in which this natural landscape is located.

Perhaps the particular climate and the plant and rock formations, as well as the impact generated by the bodies of water, were the reasons why the Cistercian monks decided to found this monastery in this space, which was built approximately in the twelfth century.

Visit the Monastery of Piedra 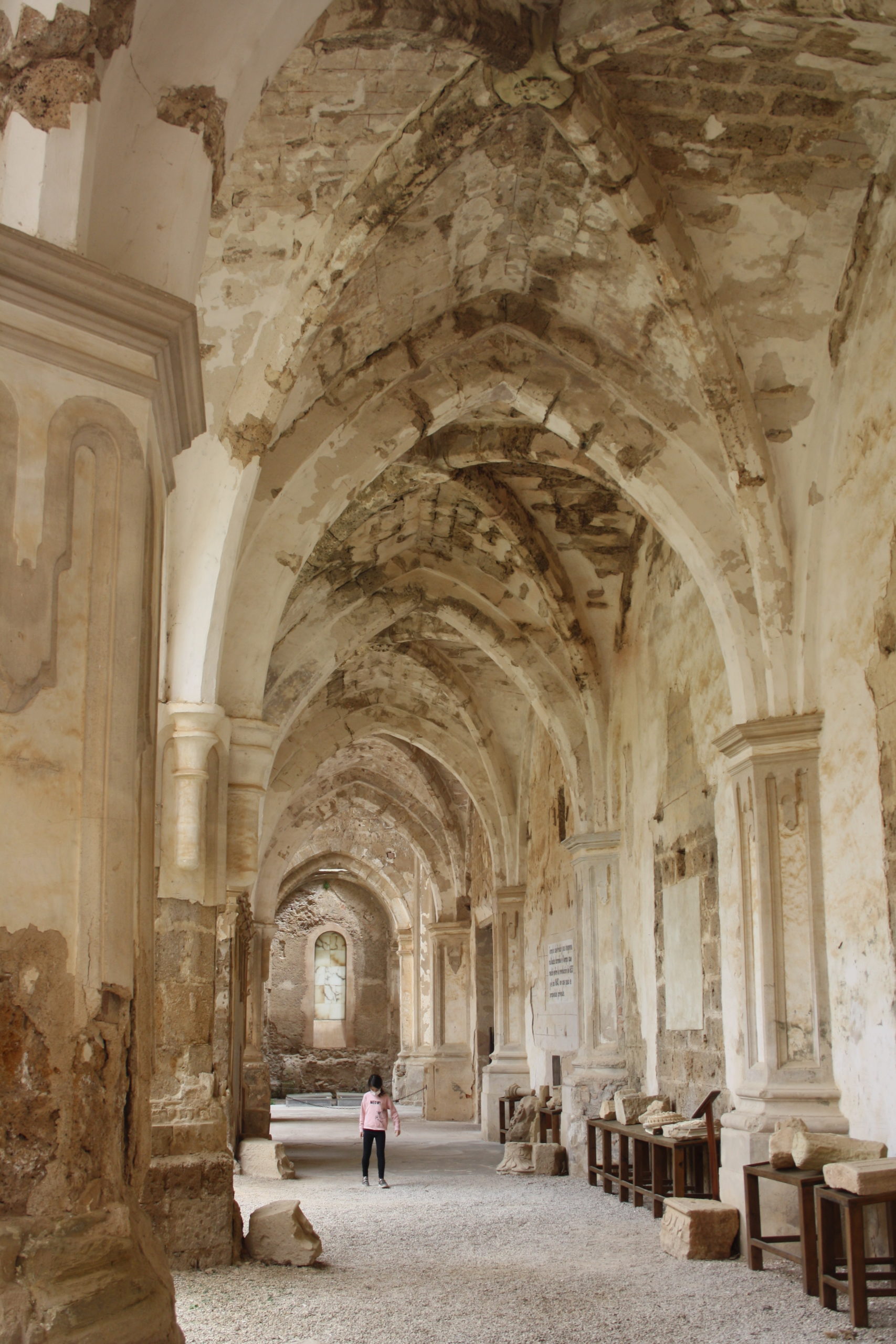 The Monastery receives its name due to the topography of the site on which it was built, so it can be said that the architecture of this religious temple fits perfectly with the natural space in which it has been erected.

Some people have considered that this disturbing monastery could even be a divine miracle, since, it is really shocking in the fact that, in such an arid climate, there is such an impressive orchard with a constant flow of water that gives the site an energy that can not be compared to anything else.

Another of the characteristics of the area is that there are large limestone formations, which have been carved by the flow of water generating incredible cavernous formations, among which are La Pantera and La Bacante, as well as some very particular bodies of water, such as the Lago de los Patos, just to mention one of the options.

History of the Stone Monastery 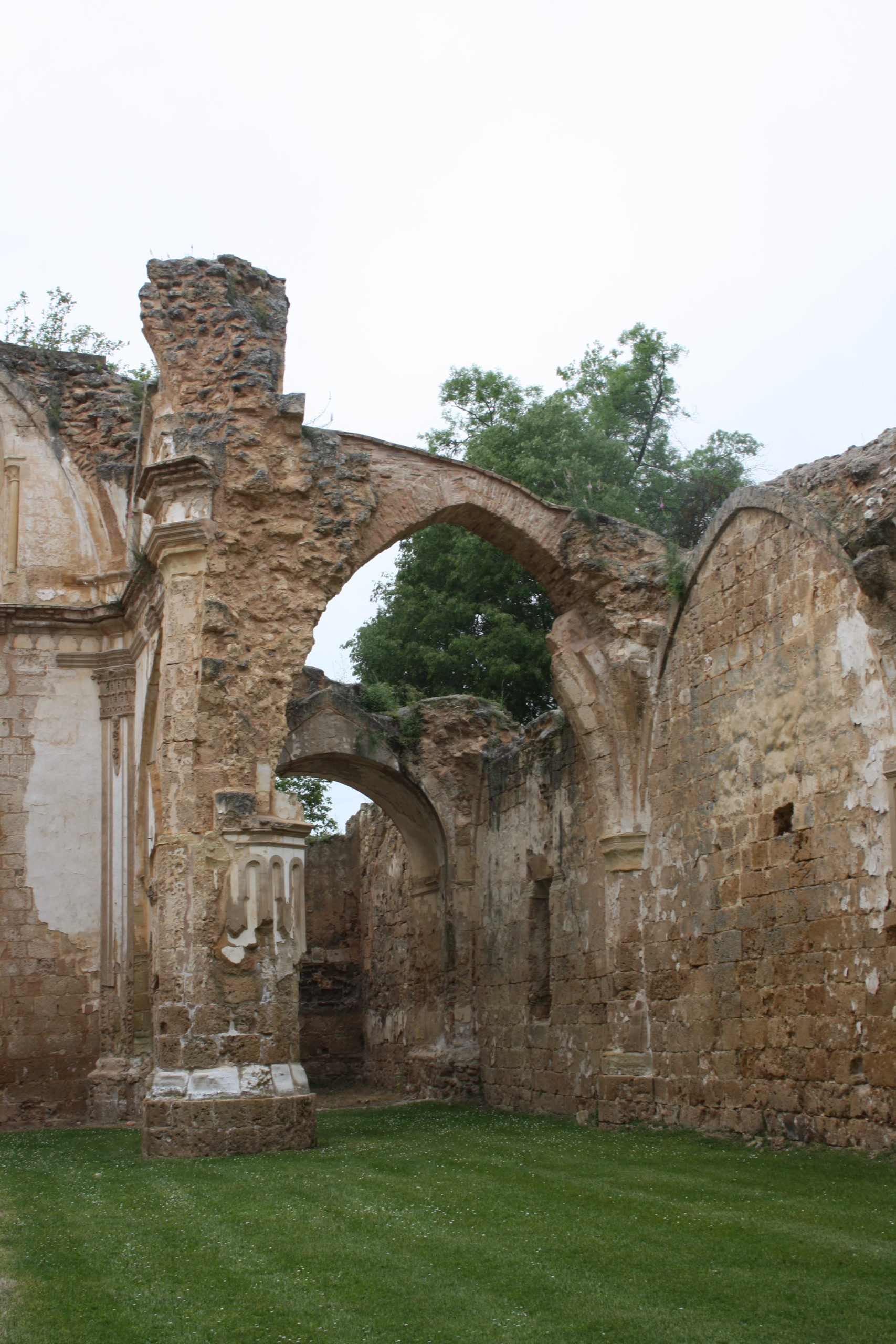 A destination so particular, surely has a very interesting history, for this reason, we want to tell you that, in fact, the origin of the place is strongly linked to the theme of the war conflicts that were generated in this locality.

Thus, at the end of the 12th century, during the fight against the Muslims, the population of the town was scarce and the sovereigns found it necessary to repopulate the territories they had conquered. For this reason, King Alfonso II donated the Piedra river valley to the monks of Poblet.

The deal was made through a document in parchment form that even today rests in the National Historical Archive of Madrid, where you can see how the valley was given as a gift to the monks of the Cistercian order with the condition that they had to perform an annual prayer in a mass for the soul of the king and his relatives, in order to ensure divine protection for them. 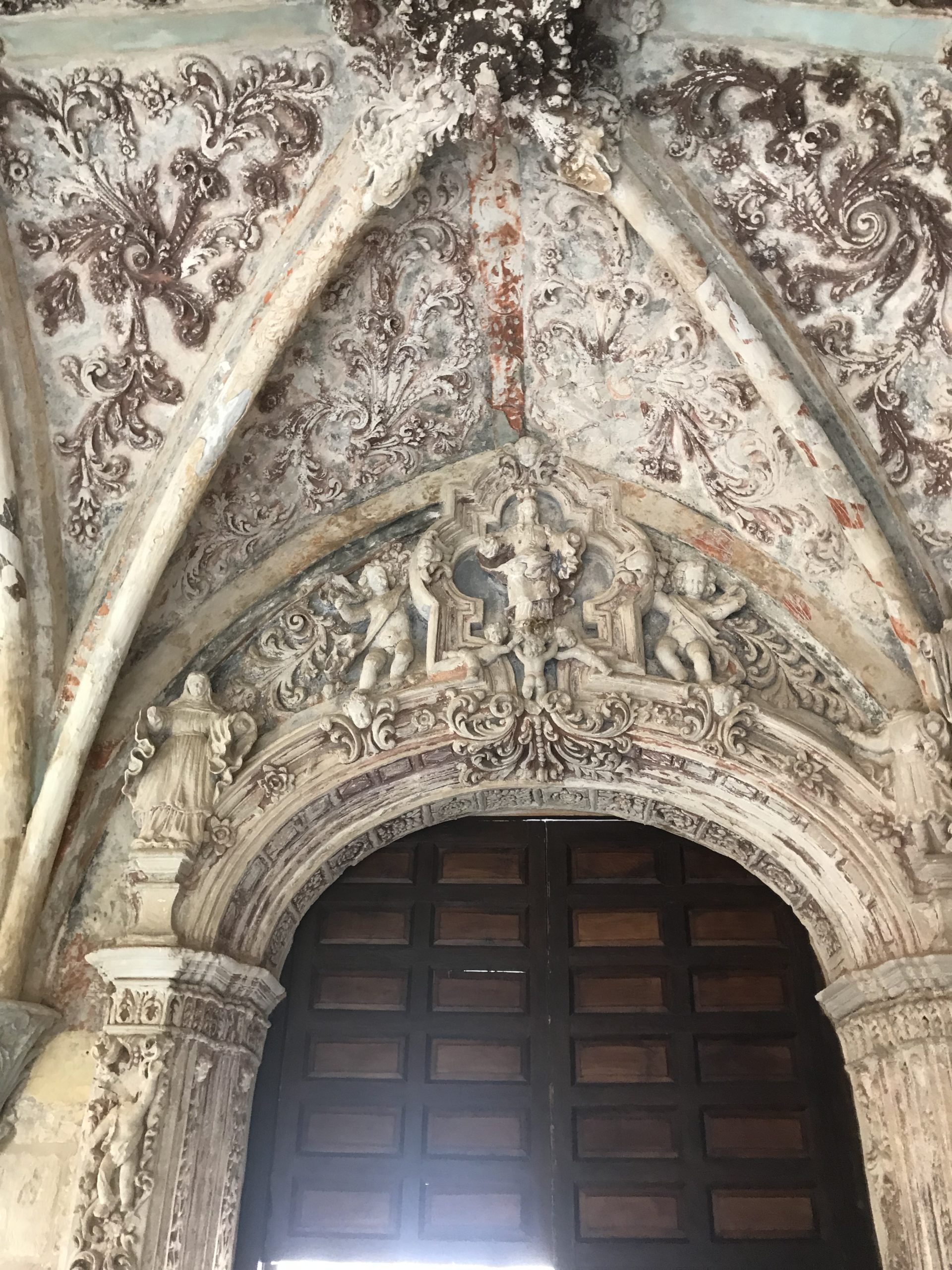 These particularities of the legacy of the Cistercians, is precisely what thousands of visitors come to this impressive valley to contemplate the monastery, the natural views and the impressive waterfalls.

Architecturally, the monastery has a Latin cross shape with a transept, which is supported by large pillars and four apses. One of the peculiarities of its architecture is that the enclosure was built mostly with porous limestone, so that at present the wear of the material is notorious.

The plant theme is very important in this monastery and the monks decided to represent it in the appearance of it, therefore, we will see that in the southwest facade there is a late Romanesque portico with semicircular arches and archivolts supported by columns with decorated capitals matching the flora of the place.

If you are interested in knowing more destinations like this, you should know that this is not the only monastery of the Cistercian order, but there are two more monasteries called Veruela and Rueda.

Facebook
Twitter
Pinterest
WhatsApp
Email
Suscríbete a nuestro boletín
Artículo anteriorReplanting trees, reducing CO2 emissions and eliminating plastic from its packaging: the Agora Group is committed to sustainability
Artículo siguienteCastles to visit this summer in Aragon, Spain: Peracense castle (Teruel), the castle you have to visit once in your life