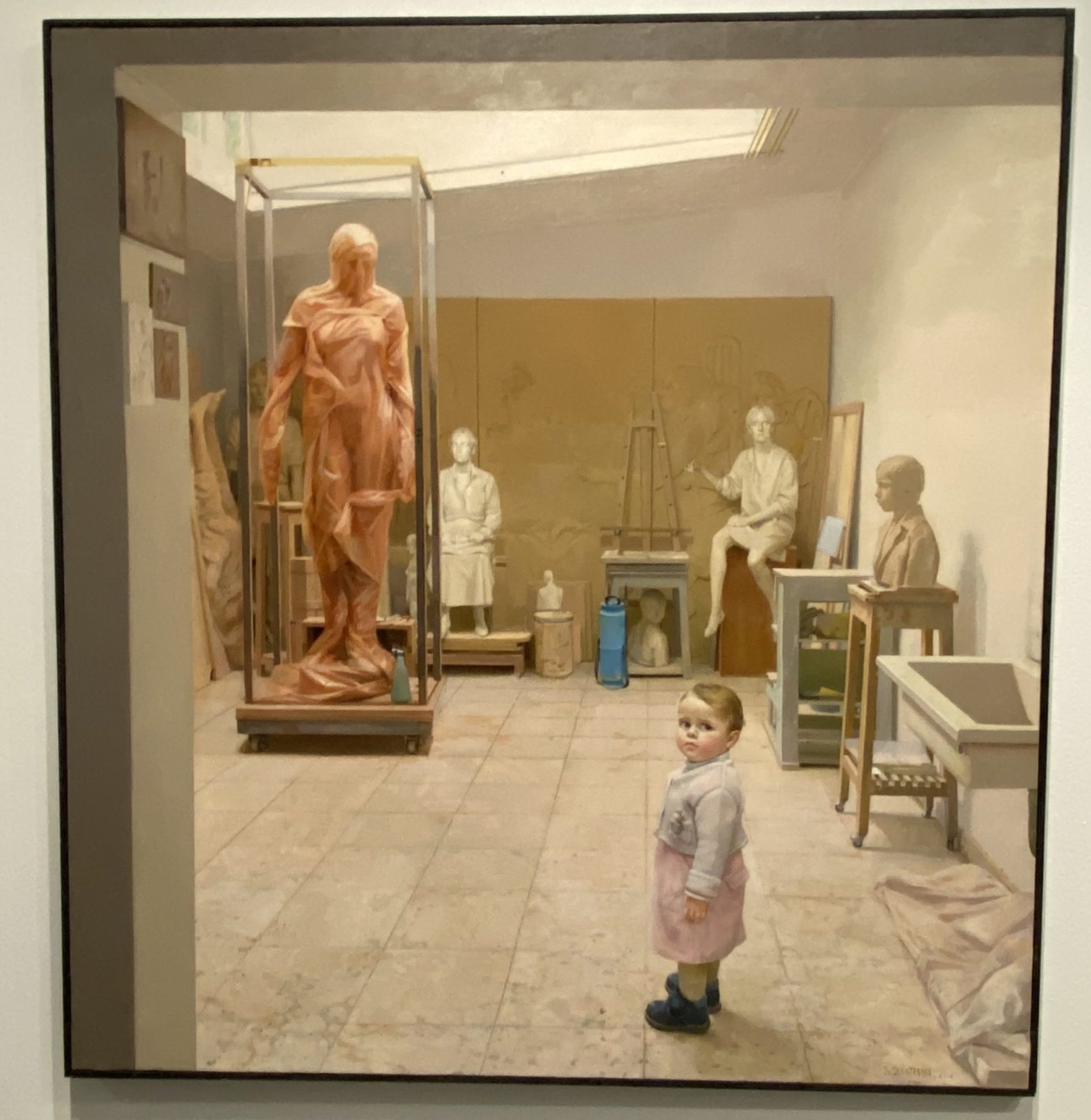 The realist painting of Antonio Lopez and other great referents of this Spanish school converge in the exhibition “Infinite Reality”, organized by Ibercaja Foundation and that can be visited until September 18 at the Goya Museum. The exhibition brings together a total of 47 pieces of painting, sculpture and drawing by Antonio Lopez, with two unpublished works of his production, Maria Moreno, Cristobal Toral, Carmen Laffon, Julio Lopez, Esperanza Parada, Francisco Lopez, Isabel Quintanilla, Jose Hernandez and Amalia Avia. 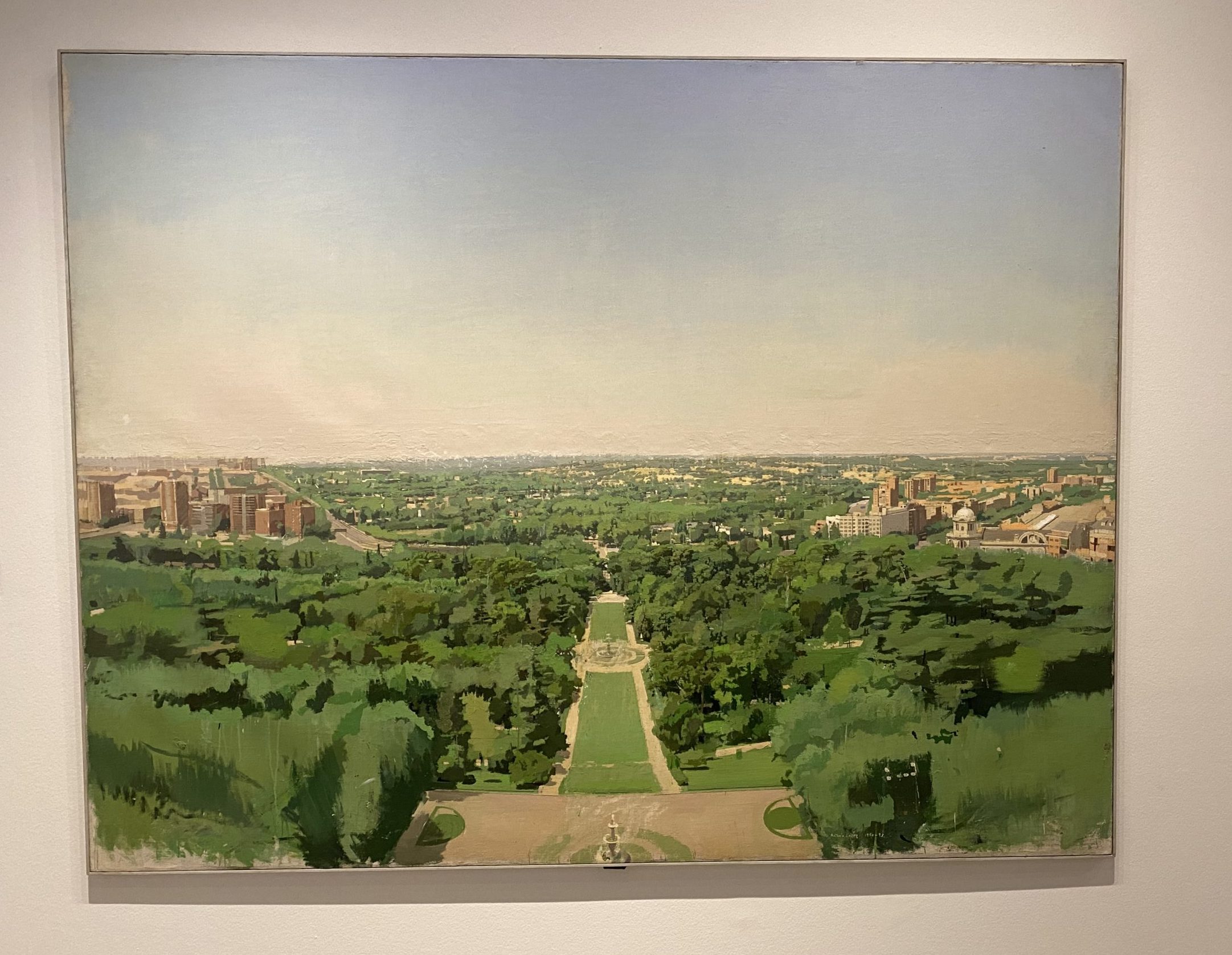 The presentation ceremony was attended by José Luis Rodrigo, general director of the Ibercaja Foundation; Rosario Añaños, director of the Goya Museum, and María Toral, doctor in Fine Arts and curator of the exhibition.

The artistic corpus offers a journey through more than 60 years, with works from 1959 to 2021. This wide range allows the exhibition to show the evolution of the figurative school in Spain and the different pictorial changes, in addition to highlighting the validity and modernity of this artistic style.

Another aspect that makes the exhibition “Infinite Reality” unique is the origin of the works. Most of them belong to private collections, family and property of the artists themselves, as well as prominent entities such as Ibercaja Foundation, Orpheus Foundation, Sorigué Foundation and Azcona Foundation. For this reason, these are pieces that are rarely exhibited to the general public. 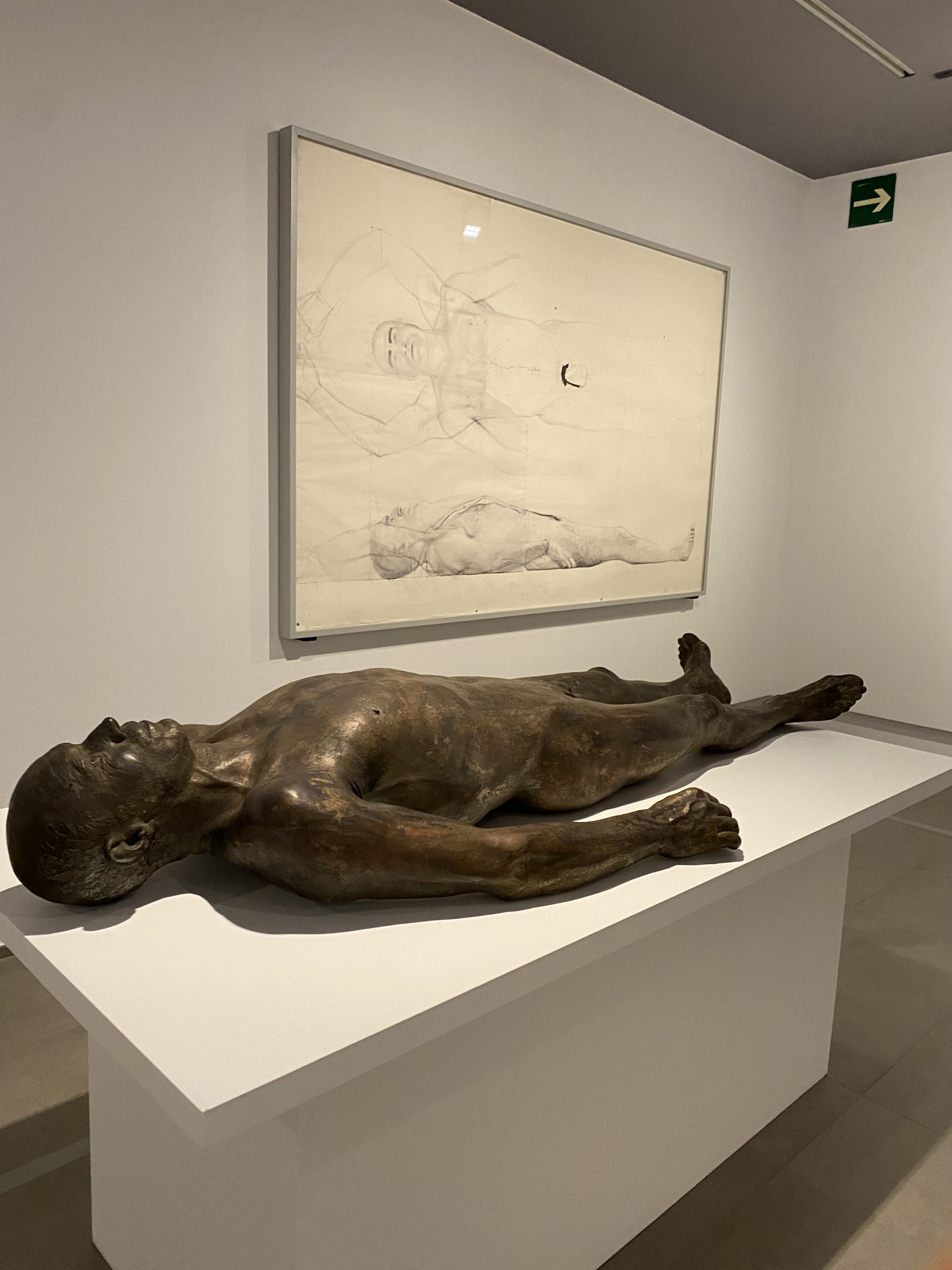 All the works are grouped around three major themes: on the one hand, there is the still life or still life, with the elements of everyday life as the undisputed protagonists. Among these works is the series Rosas rosas 1 and 2, painted in 2021 by Antonio López, two unpublished pieces that are exhibited for the first time to the public, after leaving the artist’s studio. Along with these paintings, there is the painting Mesilla de noche by Carmen Laffón, which is part of the Ibercaja Foundation Art Collection, and also the oil painting Composición con tazas by Cristóbal Toral, among others.

On the other hand, the exhibition brings together several pieces on exteriors and interiors, with urban scenes of Barcelona, Paris or Madrid, such as Estación de Atocha, by Amalia Avia, and landscapes such as El Campo del Moro, by Antonio López, a painting that has something magical and unreal, with the forest that begins at the foot and ends in the distance, linking the Campo del Moro with the Casa de Campo in Madrid. A work with the most absolute symmetry between two urban areas that are repeated as in a mirror.

As for the interiors, it includes paintings such as Interior. Paco escribiendo, by Isabel Quintanilla or Ventana grande by Antonio López. 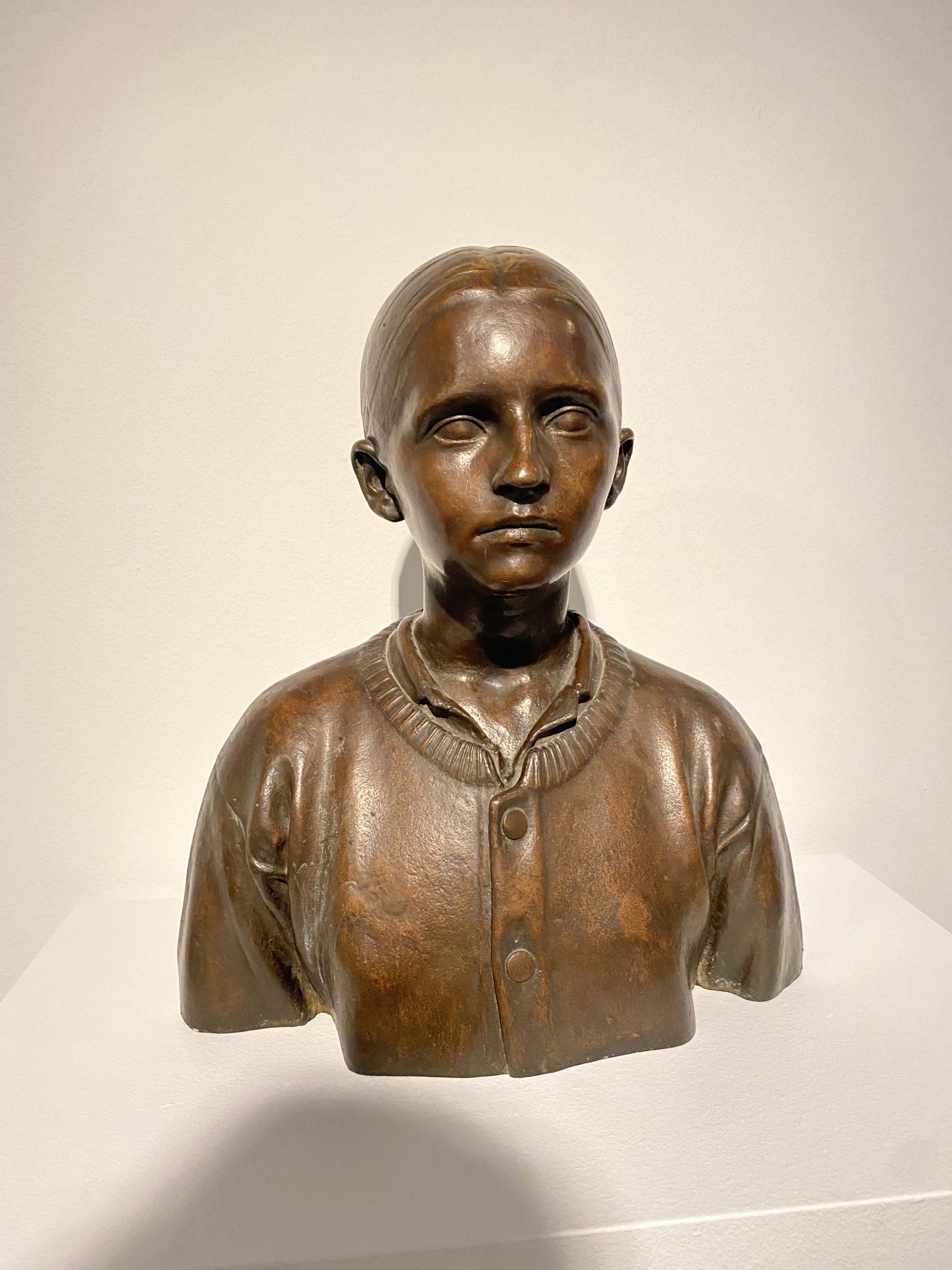 The last great protagonist theme is the human figures, which become even more important because of the family connections between this group of painters who, besides being contemporaries, were friends and many of them relatives. The brothers Julio and Francisco López were married to Esperanza Parada and Isabel Quintanilla, respectively. In turn, Atonio López and María Moreno were also married, as portrayed by the artist in his work Mari and Antonio. Other works that take the human figure as the protagonist are the oil painting Portrait of Anabela, by Isabel Quintanilla, where she represents her daughter in the workshop of her husband, Francisco López. Similarly, human figures are represented in the different sculptures by Francisco López, Antonio López and Julio López that can be seen in the exhibition.

Women artists who set a precedent in the last century 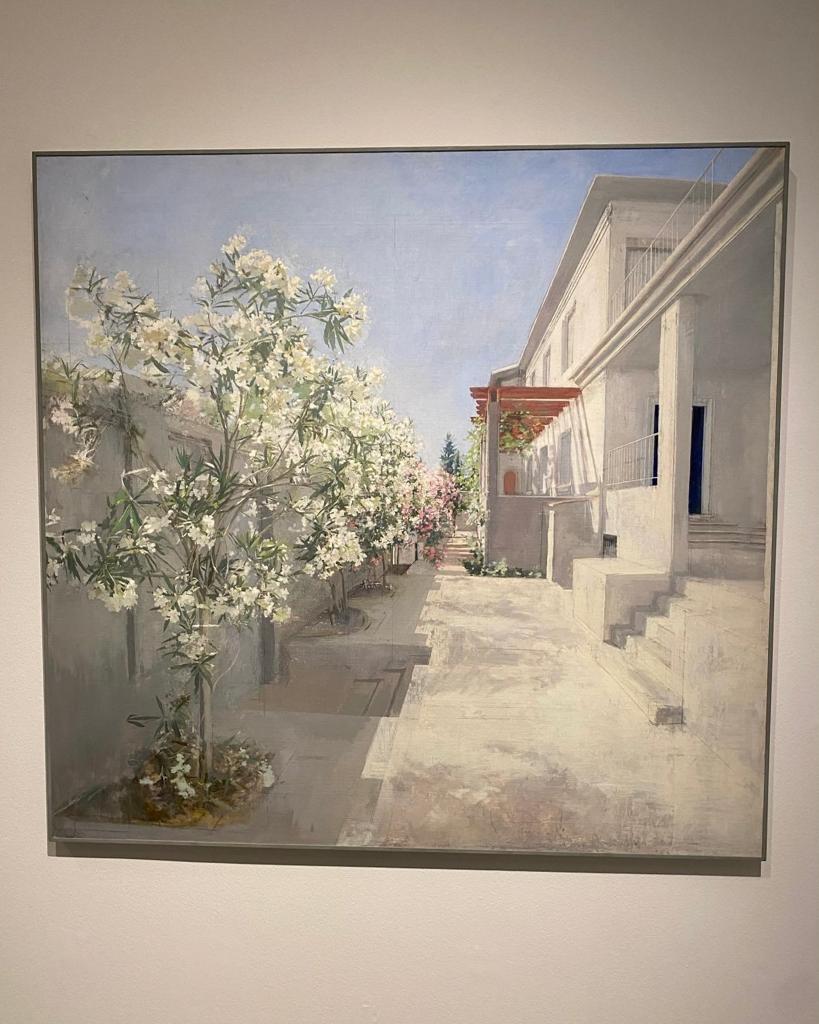 The personal component that encompasses the entire exhibition, is also accompanied by the number of women who sign a large part of the works exhibited, all of recognized prestige and highly respected. Of the 10 artists in the exhibition, a total of 5 are women: María Moreno, Carmen Laffón, Esperanza Parada, Isabel Quintanilla and Amalia Avia. They look outward, to those around them, they are indebted to the accuracy, of long and laborious method.

They achieved a great achievement and set an important precedent already in the last century, with their dedication to the art world, in a sphere where most of the referents until then had been men.

In parallel to the exhibition, which can be visited until September 18, Fundación Ibercaja has organized a full program of complementary activities for all audiences, including guided tours for adults and the workshop for families “Journey to a new reality”.

In addition, after the summer months, the lecture series “Miradas realistas” (Realist Perspectives) will begin, with Antonio Lopez as one of the speakers. 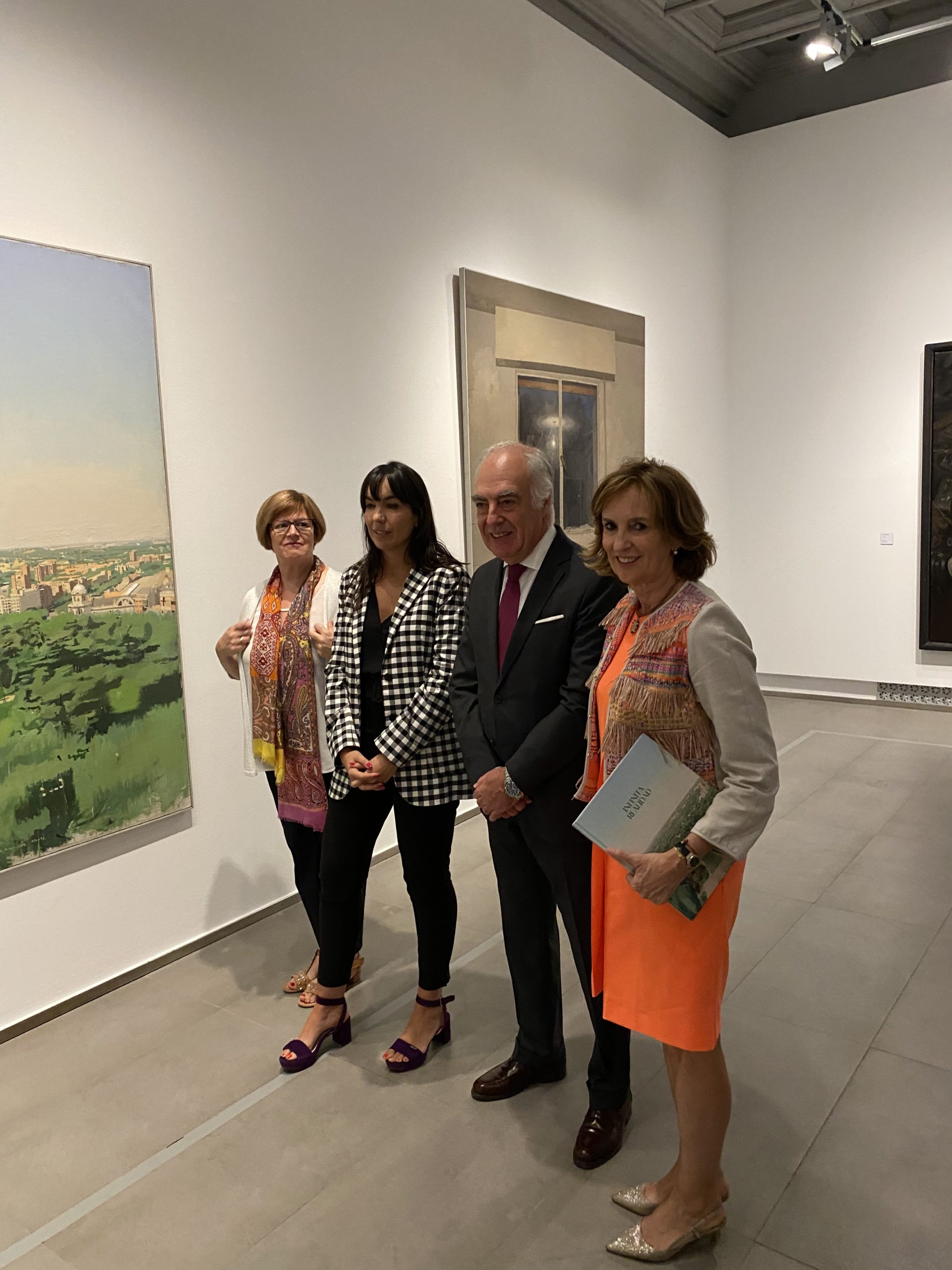 The special and, in many cases, exclusive selection of works that make up “Infinite Reality” brings together in Zaragoza the undisputed references of realist painting in Spain, who have also had a clear influence on the following generations of artists.

Ibercaja Foundation confirms its social commitment and its commitment to art and culture with the organization of this exhibition, through which it wants to bring the people of Zaragoza and visitors to the city, the opportunity to know in first person the Spanish realism and the great figures who developed it, with unpublished works that come to light for the first time in the Goya Museum.

Facebook
Twitter
Pinterest
WhatsApp
Email
Suscríbete a nuestro boletín
Artículo anteriorThe most popular festivals of this summer 2022 in Aragón
Artículo siguienteMaría Navarro: “The important thing is that companies in this country and abroad know that in this city there is a pioneering tax plan that is going to give them tax rebates”