The international promotion of Aragon's food heritage at the Aragon Gastronomic Week in Utrecht focuses on sustainable gastronomy and active and nature tourism. 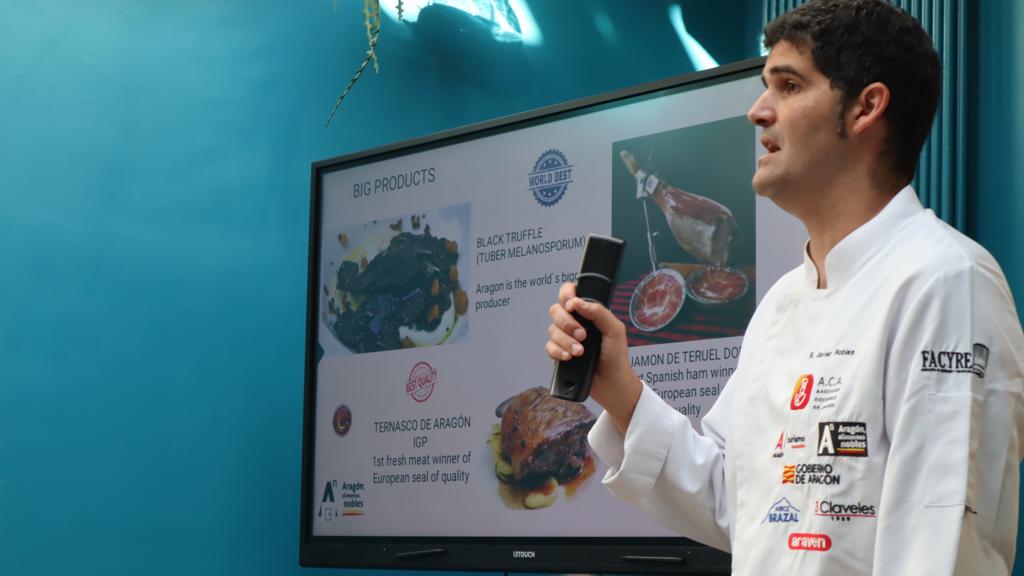 The Department of Industry, Competitiveness and Business Development of the Government of Aragon, through the Directorate General of Tourism, and in collaboration with the OTS of The Hague, participates this week, until June 12, in the Gastronomic Week of Aragon in Utrecht, thus inaugurating the weeks of sustainable gastronomy and promotion of Spanish tourist destinations in the Dutch city until July 10. 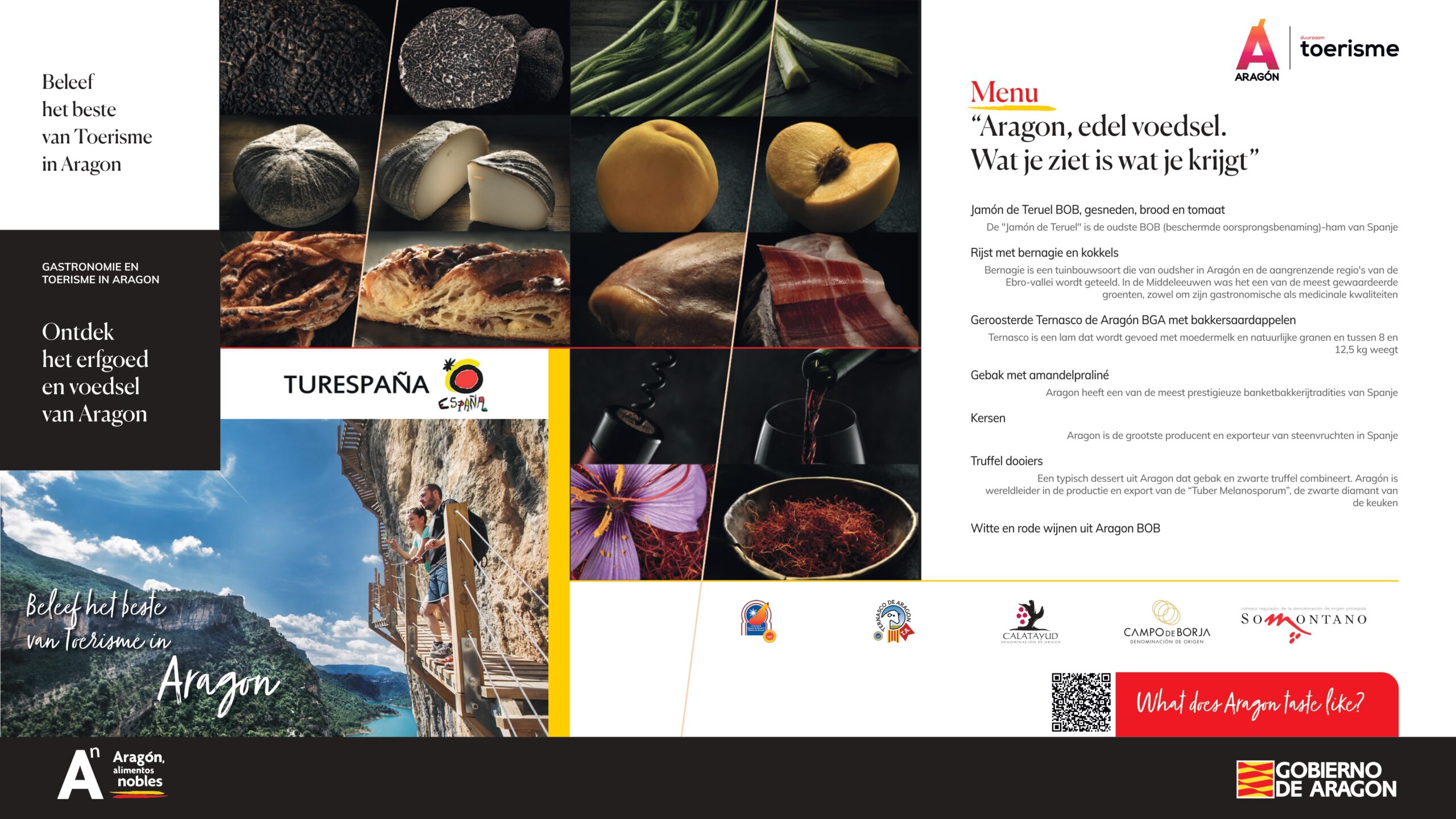 Likewise, the Directorate General for Innovation and Agri-Food Promotion, through SARGA, is collaborating in this event, so that the Alimentos Nobles de Aragón and Aragón Turismo brands will go hand in hand in this event, as in other recent occasions of international projection of the destination and the gastronomy of Aragón.

The event began with an inaugural dinner at the emblematic Winkel Van Silkel restaurant in Utrecht, with a menu featuring typical Aragonese products, prepared by chef Javier Robles, from the Association of Aragonese Chefs, who taught and advised the Dutch chefs on the preparation of Aragonese dishes and made a dynamic presentation of gastronomy and territory, thus showing the best tourism offer of Aragon. 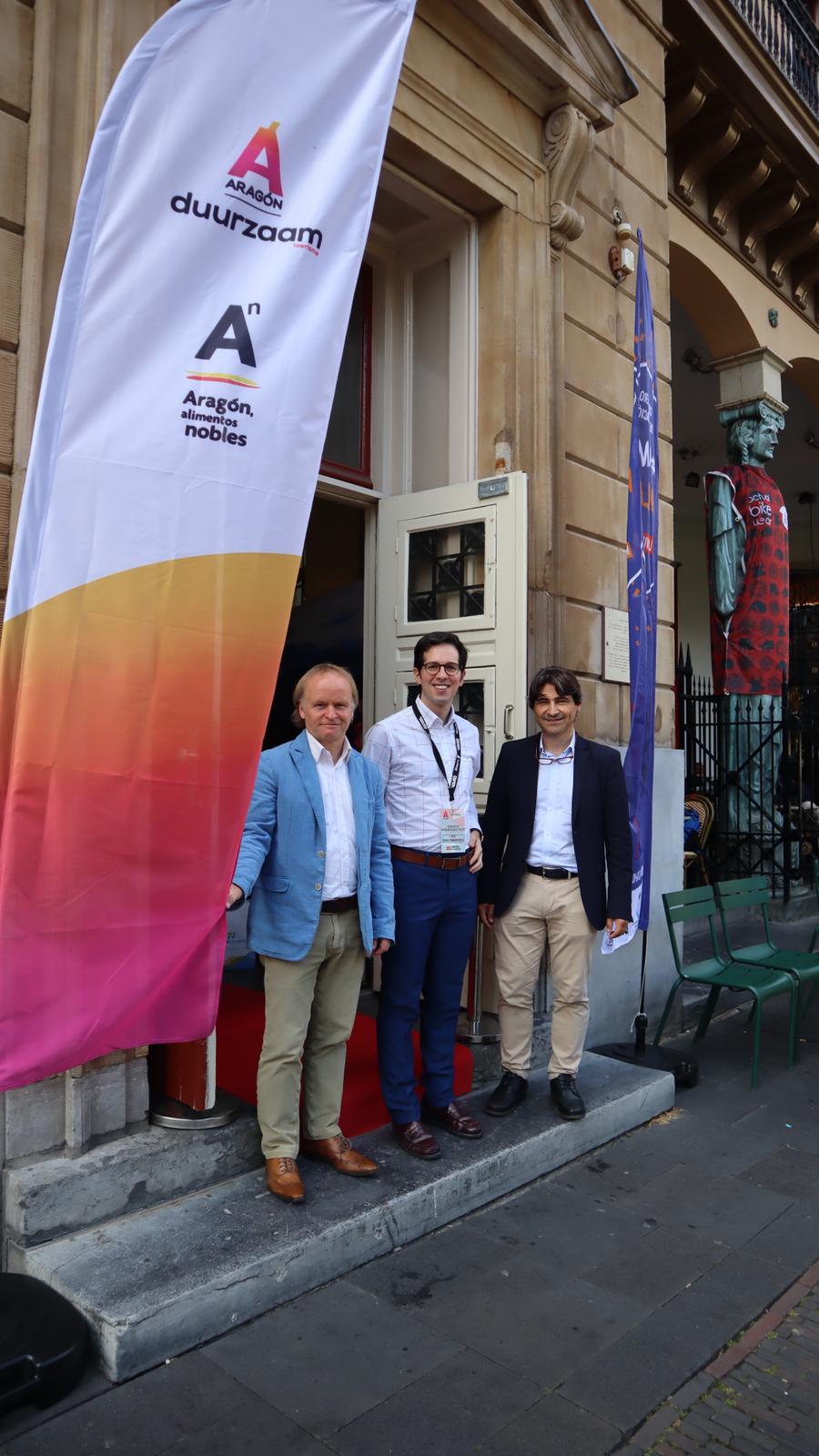 The presentation ceremony was attended by about 60 people, mostly professionals from the tourism sector (tour operators and travel agencies), but also specialized press and institutions, such as the Spanish Embassy or the Cervantes Institute, as well as the OTS delegation.

Throughout the week, the restaurant will offer a specific menu and will include typical Aragonese dishes that customers can order. As a sample of Aragonese gastronomy, the following dishes have been chosen: sliced Teruel PDO ham and bread with tomato, rice with borage and clams, roasted Ternasco de Aragón PGI with baked potatoes, cake with almond praline, cherries and truffled egg yolks. Also wines from the Cariñena and Somontano DOs.

In addition, during these days, at street level in the same building as the Winkel Van Silkel restaurant, a tourist information point has been set up with a counter and a video screen showing a carousel of videos of Aragon and providing tourist information on Aragon in general and on camping sites and active tourism in particular, as these are two tourist products that particularly attract the Dutch public.

The Spanish Tourist Office (OTS) in The Hague (Holland-Netherlands) is going to carry out several activities in collaboration with destinations of autonomous communities and tourist product clubs on the occasion of the celebration of the Tour of Spain, which this year runs through part of that country, with three stages, between 19 and 21 August 2022. These activities will be carried out during the 100 days prior to the start of the race. Within this framework, it was proposed to carry out promotional weeks in the Netherlands for each destination interested in participating in a gastronomic space and a tourist information point about the destinations.

Facebook
Twitter
Pinterest
WhatsApp
Email
Suscríbete a nuestro boletín
Artículo anteriorInterview with Imelda May: “All my records are personal and intimate. I don’t see the point otherwise.”
Artículo siguienteZaragoza starts twelve months of activities as Iberoamerican Capital of Sustainable Gastronomy

80% of national agricultural machinery is manufactured in Aragon: “We are a benchmark”

El Bosque de los Zaragozanos: a new lung for the city with 700,000 trees