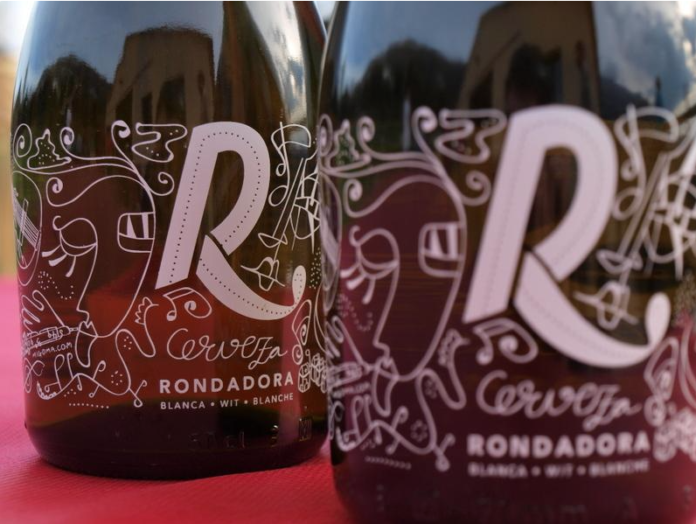 Fancy a cold beer, but make sure it’s a craft beer! In the last decade, Aragon has added important quality craft beers to its products, and we want to know them all.

Craft beer has become very fashionable. Its production began as a hobby for many small producers and now it is also marketed beyond our borders. Small companies in the Tena Valley, Zaragoza, Sobrarbe and La Ribagorza, Alto Gállego, La Litera or Cuencas Mineras have become a reference for their barley juices. Take a look at this selection of craft beers and where to taste them that we present you in Go Aragon.

Six young people started brewing Rondadora beer in 2014. In Sobrarbe, in the middle of the Aragonese Pyrenees, this barley juice was born as a tribute to the Ronda, one of the most joyful traditions of the region. Rondadora is the first of their craft beers, but they also have Tronzadora, Onso and IPA; and the specials Sidra, Koma and English Barley Wine. It is the official beer of Sobrarbe and we love to taste it in Aínsa, in places like the hostel. But we can also buy it in any of the shops and have an improvised vermouth in wonderful places in the region, such as Ordesa. 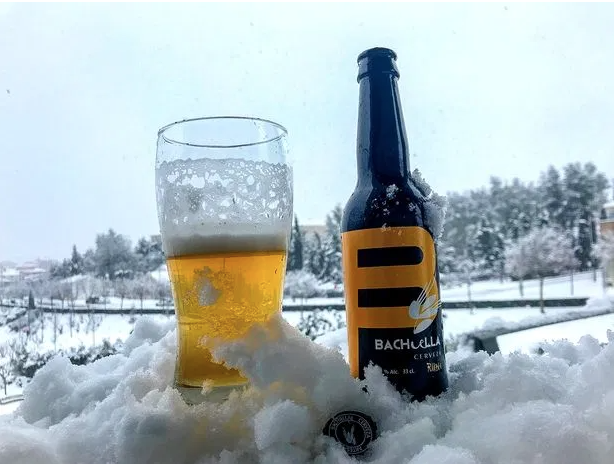 Bachiella is a craft beer brewed in Salas Bajas, in Somontano de Barbastro (Huesca), specifically in “la capilleta”, a historic enclave converted into a microbrewery. They brew 9 varieties of bachiella, from blonde, toasted and Ipa, to beers with fruitier and more aromatic touches, such as Bachiella Hazy IPA or Milk Stout. Where can you taste the best bachiella? In Pozán de Vero, where the beers come directly from the brewery. There you can chat with the master brewer, buy exclusive varieties and do private tastings. There you will find the Brasaybirra grill restaurant, which has bachiella taps for meals, a real spectacle! 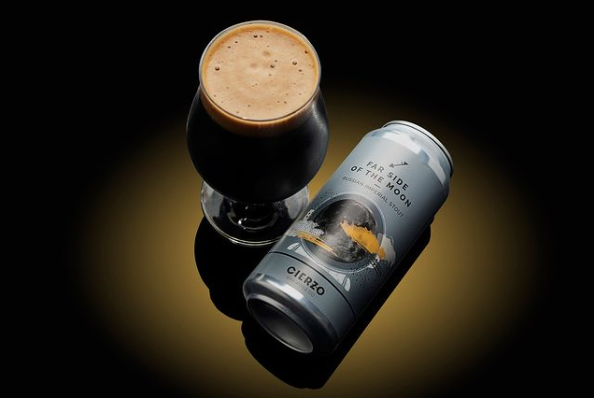 Cierzo Brewing is the craft beer par excellence. With a main brewery in the town of Caspe, they supply Spain and the rest of Europe with different styles of beer, mainly top fermented. They are passionate about hops and their speciality is the IPA, but they also have more balanced styles, dark beers, sour beers or those where malt is the protagonist. Beers for all palates! In Zaragoza, you can taste it in a brewpub in the city centre where they brew and sell beer, as well as having a restaurant service. 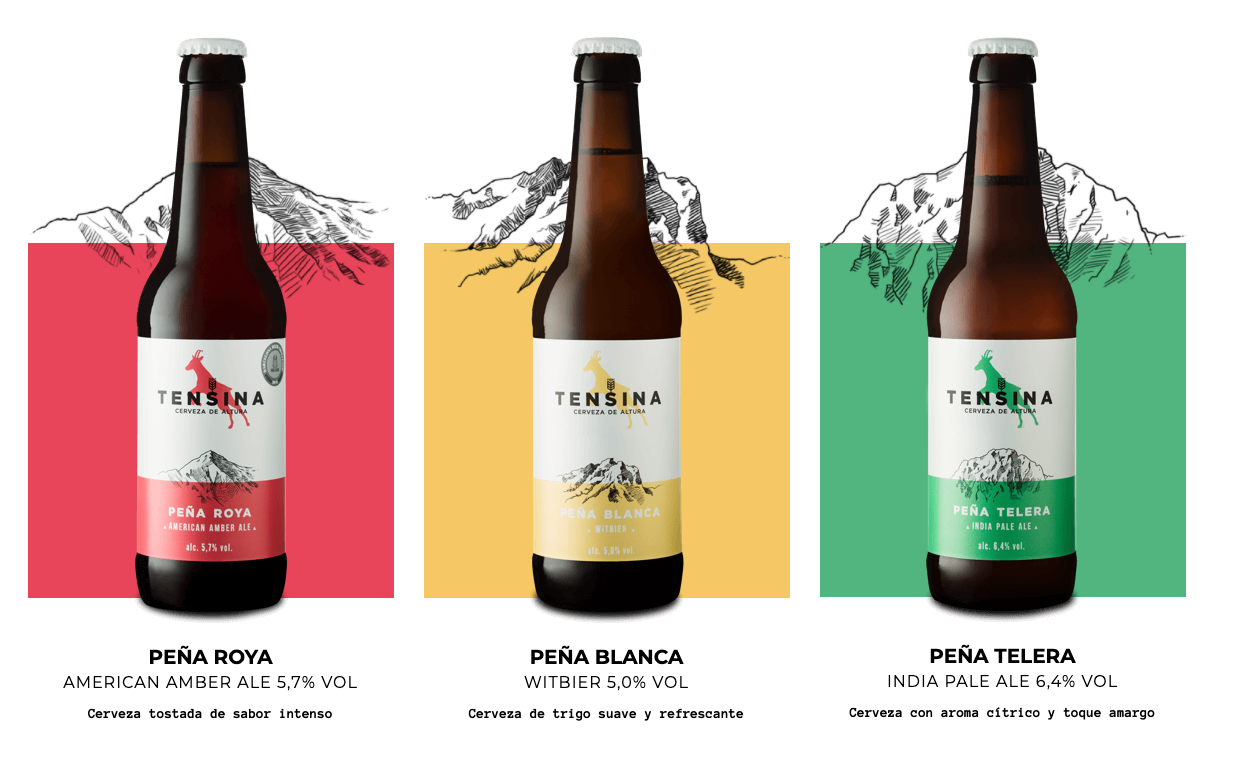 Tensina is a craft beer brewed in the Tena Valley. Two young people launched a project in 2016 in search of a quality product, with which to discover new flavours and sensations in a drink as popular as beer. The Tena beers are named after the crags and peaks of the valley that gives them their name, thus achieving a double authenticity in their barley juices. To the ingredients of the beer: high mountain water, malt, hops and yeast, they sometimes add orange peel, coriander, apricot or chestnuts. The result is special editions such as Peña Nevada, Boira, or La Gloriosa. Tensina can be enjoyed in many establishments in the Aragonese Pyrenees, many of them in the Tena Valley, such as the Hotel El Privilegio. Also in Zaragoza and in specialised beer shops in San Cugat del Vallés and Madrid. 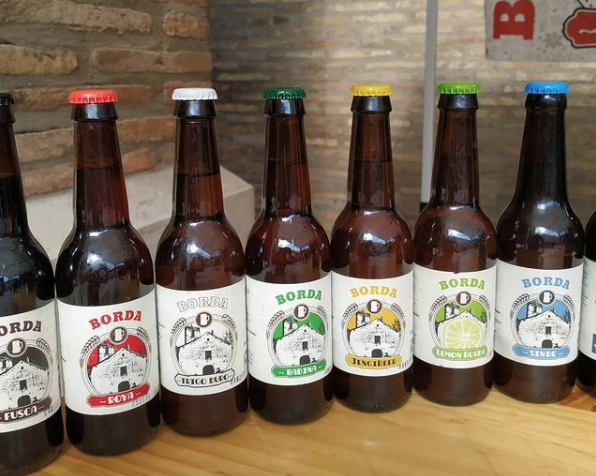 In Aineto, a recovered village in the valley of La Guarguera (Huesca) and more affected by depopulation, quality craft beers are produced. Far from looking for a place where it would be easy to create their product, the creators of Cervezas Borda did it where they wanted to live: in a village of 40 inhabitants. They created roots and jobs. The microbrewery has been built using the village’s borda. In Aineto you cannot taste the varieties of Borda they produce (Roya, Fusca, Jengibeer…), but you can buy it online and drink it in many bars in Zaragoza, Alquézar, Barbastro, Artieda, Boltaña, and many other villages in the Pre-Pyrenees and Aragonese Pyrenees. One of the strong points of these beers is that their creators are very involved in the creation of pairings with local ingredients. 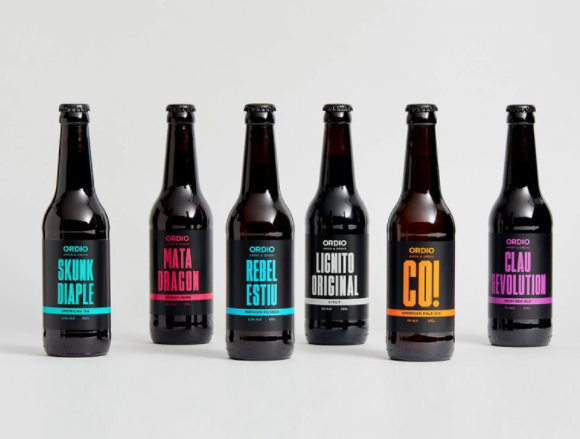 At Ordio they were pioneers in the production of craft beers in 2012, when Spain had only a few modest microbreweries. Years later they have managed to consolidate a young but experienced team that accumulates thousands of hours dedicated to the production, distribution and direct sale of beer.

Their brewery, Tabierna Craft Beer, is located in the centre of Zaragoza, where in addition to their own beer, you can also taste many other Aragonese craft beers (Rondadora, Tensina…) and a very rich menu of Aragonese artisan cheeses. Bieras Ordio is committed to Aragon and its products: hops from Daroca, triticale from the Cuencas Mineras and rice from Ejea.

Facebook
Twitter
Pinterest
WhatsApp
Email
Suscríbete a nuestro boletín
Artículo anteriorDavid Bernad-Lanuza: “In Spain people don’t drink much wine and that has forced us to export”
Artículo siguienteDiscover Teruel through its 7 most beautiful villages

An application to discover the churches of Serrablo