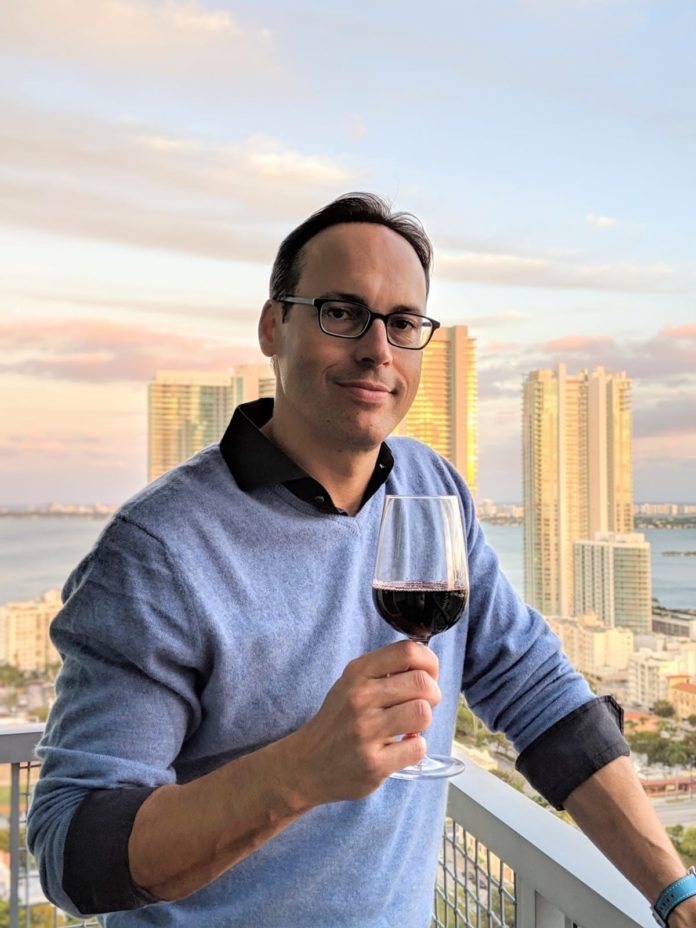 David Bernad-Lanuza, from Huesca, is the founder of Vinamericas, one of the main wine importers in the USA. He moved to the other side of the pond in 1991 at the age of 16 to be able to combine his studies and play basketball. He holds a degree in engineering and economics from Columbia University. Before immersing himself in the wine industry, he worked in New York for the management consulting firm Mitchell Madison Group. With Vinamericas he distributes hundreds of quality brands to more than 80 wholesale partners in 46 states, the Caribbean and South America.

What was your relationship with wine when you came to the US?

I was passionate about wine. In Miami, after a dramatic experience with the previous company where I was the link between investors and entrepreneurs, I took a couple of months off and refocused my life a bit. I started to explore the opportunities that wine had in the US and more specifically in Florida, where I was based.

How did you get into the wine industry?

I started by organising a big fair between producers, distributors, industry professionals and consumers. With the previous technology company we had done many events in Miami, Sao Paulo, Mexico, Buenos Aires… This was the way to see how the sector worked and to learn about the opportunities. The first edition of the fair was a disaster, a brutal humbling blow. Three years later we managed to make it profitable and in 2004 I launched my import company, which is what I do today. Before my company Vinamericas became profitable, I did a bit of everything, such as organising the Miami International Wine Fair, which became the largest fair in the United States and which we sold in 2008 to the Iberwine group. We managed to continue growing the fair together with them and with the crisis in 2011 it had to close. Since 2012 I have been fully dedicated to importing with Vinamericas and we have experienced great growth in a sector that is very complex.

It is fascinating from a logistical, commercial, margin analysis and marketing point of view… It is a sector that is constantly evolving here. In Spain, a consumption trend is established in a decade or two, while here it can change from one moment to the next.

What is the reason for this fluctuation?

It has a lot to do with the American consumer in general and the role played by the millennial consumer, unlike what happens there. In Spain, millennials don’t drink wine, and I would almost go as far as Generation Y. There are always exceptions, but it’s a generation that doesn’t drink wine. There are always exceptions, but it is a generation that has gone from drinking Coca Cola, to drinking beer and then Gin Tonic. For some reason wine has passed, and it is possible that it is because they are trying to do the opposite of what their parents did. It’s the same thing that has happened in the US. A combination of a lot of work in series and cultural events have positioned wine as something cool, as sophisticated as it is accessible, pushed by the big industry in California, which is very important for the country. It wasn’t necessarily something that the older generation was into and that’s why it has attracted the millennials. In Spain, the opposite has happened; it has not been able to do a good job of positioning the product at a social level. Wine has suffered a lot. 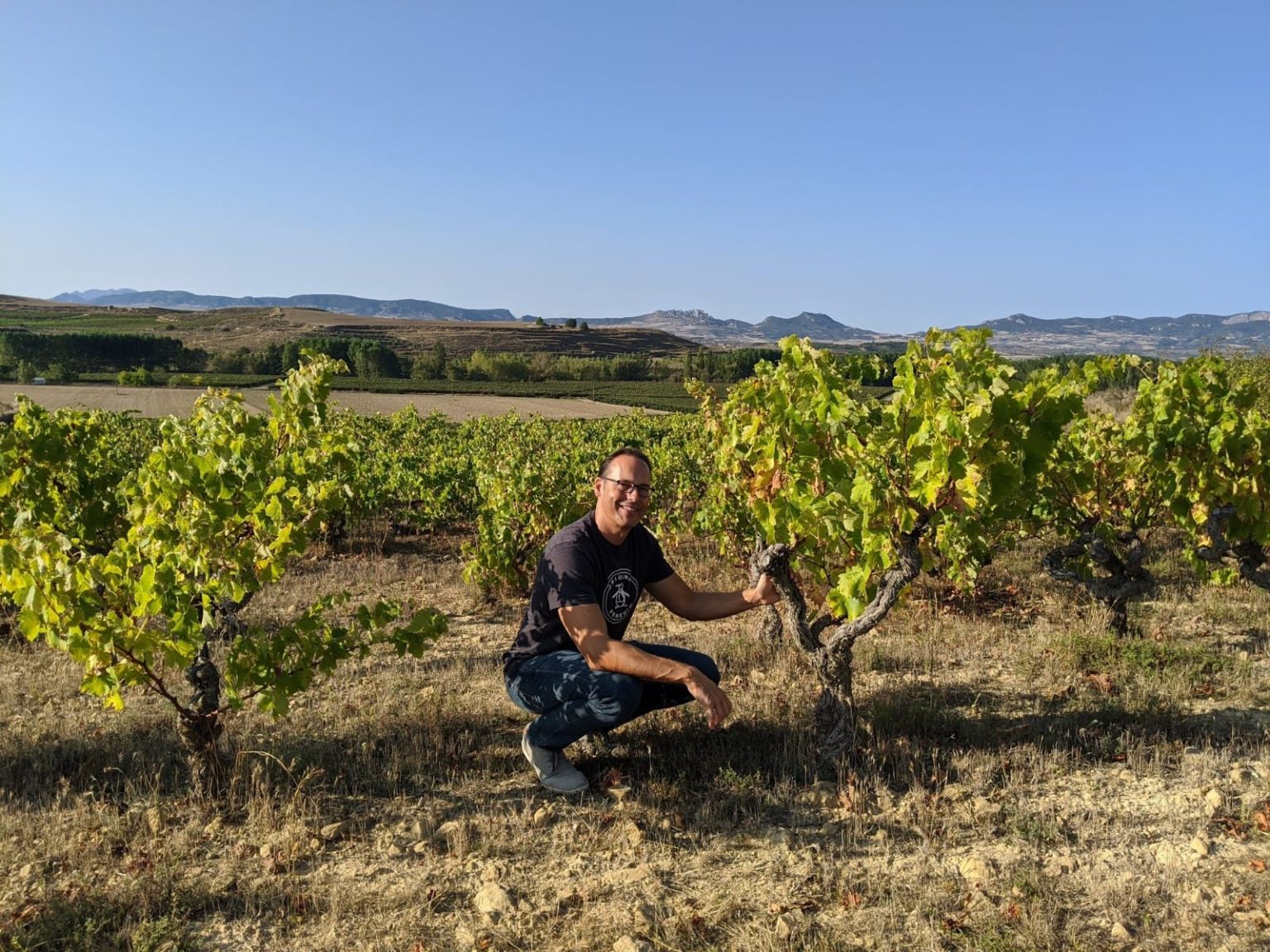 Is more wine consumed than in Spain?

Yes, in the United States more wine is consumed per capita in the coastal states (Florida, Georgia, New York, New Jersey, Massachusetts, etc.) than in Spain. The reality is that Spain consumes a lot of alcohol, but not a lot of wine. This has forced many wine producers to export, so the industry has changed a lot. The American market has gone from being a market with potential to the largest wine consumption and import market in the world. Only 65% of the market is local wine, the remaining 35% is imported.

Who are the biggest importers?

The first ones with a big lead are almost always the Italians, the next positions usually change depending on the year, France, Australia, Argentina and Spain. Before that, there is a chaos to be studied which is New Zealand, which has positioned itself, depending on volume or price, between second and third place. This is due to the sauvignon blanc phenomenon. The same has happened with Argentinian malbec, a wine that 15 years ago were fighting wines that sold half as much as Chile and now sells more than them. The sensory profile of your communication has worked better than Chilean wine in general.

Do you face high import tariffs?

This has been a very complex thing lately. The Trump administration put a 25% tariff on the value of all wines imported from Spain up to 14 proof. What the Spanish wineries have done is to label all red wines over 14 proof to avoid the tariff. And that has saved us a lot of sales of Rioja, Ribera del Duero, Garnachas de Aragón, full-bodied Tempranillos from La Mancha… but it has been difficult to overcome it in simpler wines such as whites, Albariño… They have just eliminated it, albeit temporarily, for the time being.

Is this one of the reasons why you don’t import white wines from your land, such as DO Somontano?

I sweep a lot for face and I would love to be able to market Somontano wine more successfully. Somontano wines were very successful in Spain because they were something different, wines made mainly with French varietals. And they are not cheap wines, so in terms of the US, not all wines are exportable because the vast majority are consumed up to a certain price. When we talk about merlot and cabernet sauvignon, we are talking about the most competitive categories in the world, competing with wines from the US, France, Chile, Argentina, Australia… everybody makes cabernet sauvignon. It is something that works very well in Spain but the difference of 30 or 40 cents per bottle, which is not noticeable in Europe, but leaves you out of the market when you reach the final consumer in the United States. I tried it with Somontano wines and I would try it again because today we are a very different company than when I did it, but it is a complicated category.

Where do you see opportunities?

Spain is very well positioned and has grown a lot. We sell a lot of Spanish wine, but outside of Rioja, Tempranillo and Albariño, Garnacha is now becoming well known, although it depends a lot on the market. As we sell to 80 different distributors all over the United States, I can’t just sell wines to New York City gourmets, I need wines for consumers all over the country.

Is there little interest among Spanish wineries to present themselves as a united group for export under the same brand?

Yes, that is true. Spain’s geopolitical peculiarity does not help branding as a country. You also have to think about how the financing systems in Spain and Europe work. Each autonomous region has access to different funds; if everything were centralised, you would not have access to so many funds. Moreover, as Rioja is the best known, many would feel that a common effort would benefit Rioja. So I don’t know if there is a solution.

Are things being done well?

If we think of it as a race of decades, Spain is doing things well, but there is still a long way to go. I’ve been doing this for 20 years and practically people in the United States still know the basics at a general level, which is not very different from what people know in Spain.

Is there a lot of competition in the sector?

A lot, it’s a very complicated business. We are importers, we sell to distributors. We become the extension of the winery here, earning a margin. I can’t think about the final consumer, but I have to think about my distributors and whether their sales are going to be successful. It is quite a complex marketing process and it can take a year and a half from the time I identify a wine with great potential, analyse its sale, do trials, until it reaches the end consumer.

What kind of consumers drink Spanish wine in the US?

Young people in the US, the millennials, are a generation that drinks a lot of Spanish wine. It’s a positive thing because they are willing to try something new, but it has the negative side that it’s difficult to brand and they don’t tend to commit to something. The nice thing is that you can sell everything, but it’s hard to brand. In terms of markets, the East Coast, especially New York, Florida and Boston, is where Spanish wine consumption is highest. Spanish wine appeals to Spanish and Latin American descendants, to the Latino community, and also to the curious consumer who has managed to learn a little about Spain, and tourism has helped a lot. On the West Coast it is more difficult because of the relevance of Californian wine.

Now you are also focused on wine education.

In just over a year we have held 70 specialised online classes at Vinamericas, mainly focused on Spain and wines such as Ribera and Rioja, although we have also done classes on Argentina, Chile and South Africa. More than 2,000 people from all over the world have participated. We have recently launched Saluwine, a community for wine lovers where we also offer half-hour classes where we talk about wines, the profile of each one, what to pair them with, how to enjoy them, when to open them, the regions, the grapes… They are more interactive and simpler than Vinamericas.

Facebook
Twitter
Pinterest
WhatsApp
Email
Suscríbete a nuestro boletín
Artículo anteriorGoya, the first accessible painter thanks to pictograms
Artículo siguienteThe best craft beers of Aragon (and where to taste them)

Esther Borao: “The potential you have from a technological institute is multiplied”