Medieval Times: the real videogame where you are the protagonist

Medieval Times is a recreation of LARP or live role-playing, a game mode in which the representation of the characters by the players is done in real time and in a staged way. The company Strongtales Live Action Games is in charge of bringing the event to life in a village in the Aragonese Pyrenees from April 29 to May 2. 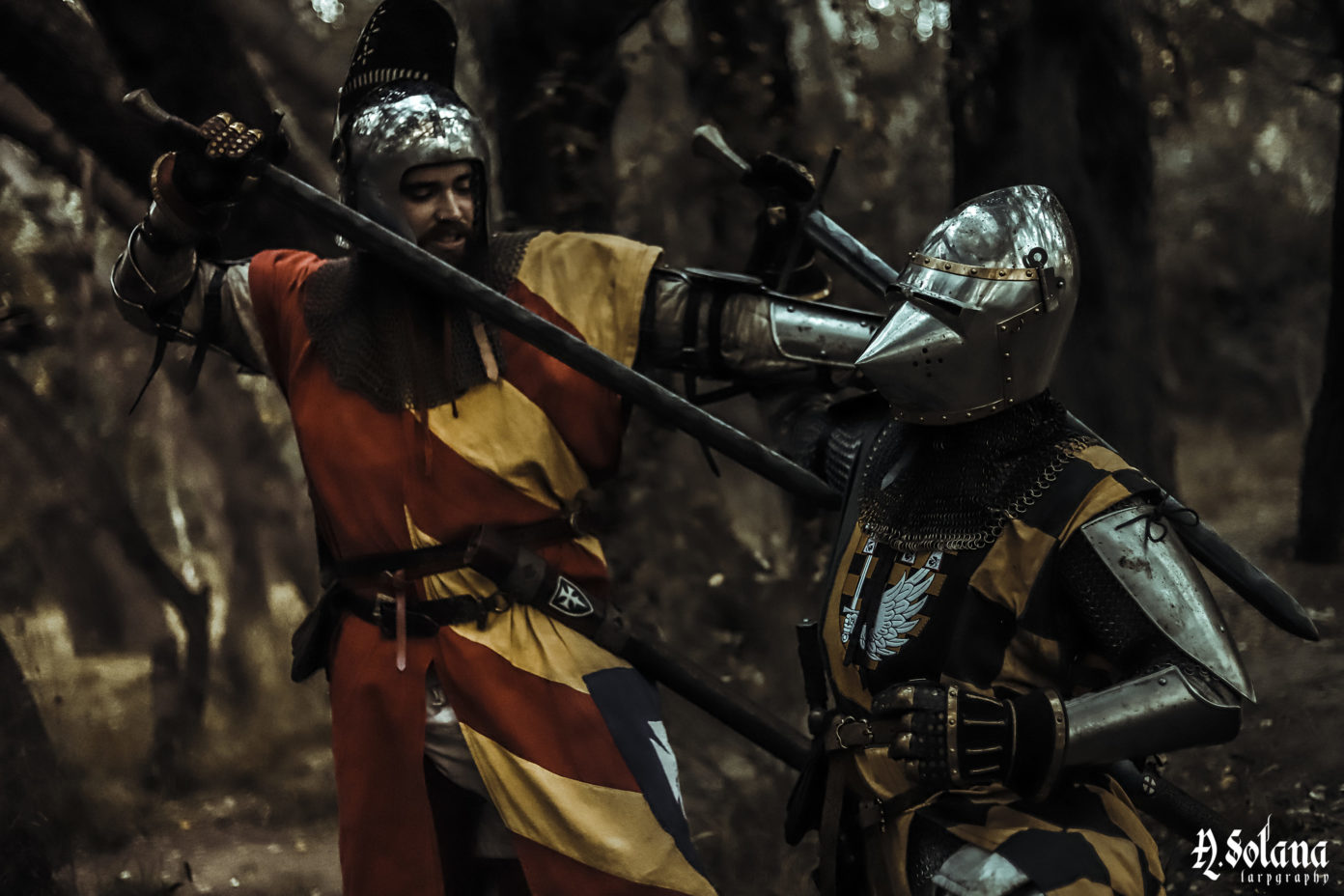 You are probably wondering what LARP or live role-playing is. Maybe you have ever dreamed about the idea of being the protagonist of a video game, going inside the screen and taking the reins of your character. It may have remained a mere thought. However, the Aragonese company Strongtales Live Action Games is in charge of turning this apparent mirage into a reality. They will do so in Medieval Times, the next LARP event in Aragon. A journey back to the Middle Ages that will take place from April 29 to May 2 in Isín, a medieval village in the heart of the Pyrenees. With the creation of a unique environment and atmosphere, a tournament will be recreated for the appointment of a fictitious future Count of Sobrarbe in the Aragon of the 14th century.

LARP (live action role-playing) can be defined as a form of game where each character in the game is played by the players. A video game game but in real life, where the players represent both the personality of the character they have chosen and their clothing or objects, varying according to the setting in which they are immersed.

In Europe these events manage to congregate thousands of people, constituting a trend that attracts people from all over the world. Although in Spain there are associations or individuals who decide to carry out this type of events on their own, Strongtales Live Action Games is the pioneer company fully dedicated to LARP events in Aragon and Spain. With a team of 15 people composed of historians, archaeologists, LARP veterans, specialists and reenactors, this company focuses mainly on the historical (sometimes also fantastic), approaching the recreationist side.

Medieval Times: a trip to the Middle Ages in the Aragonese Pyrenees 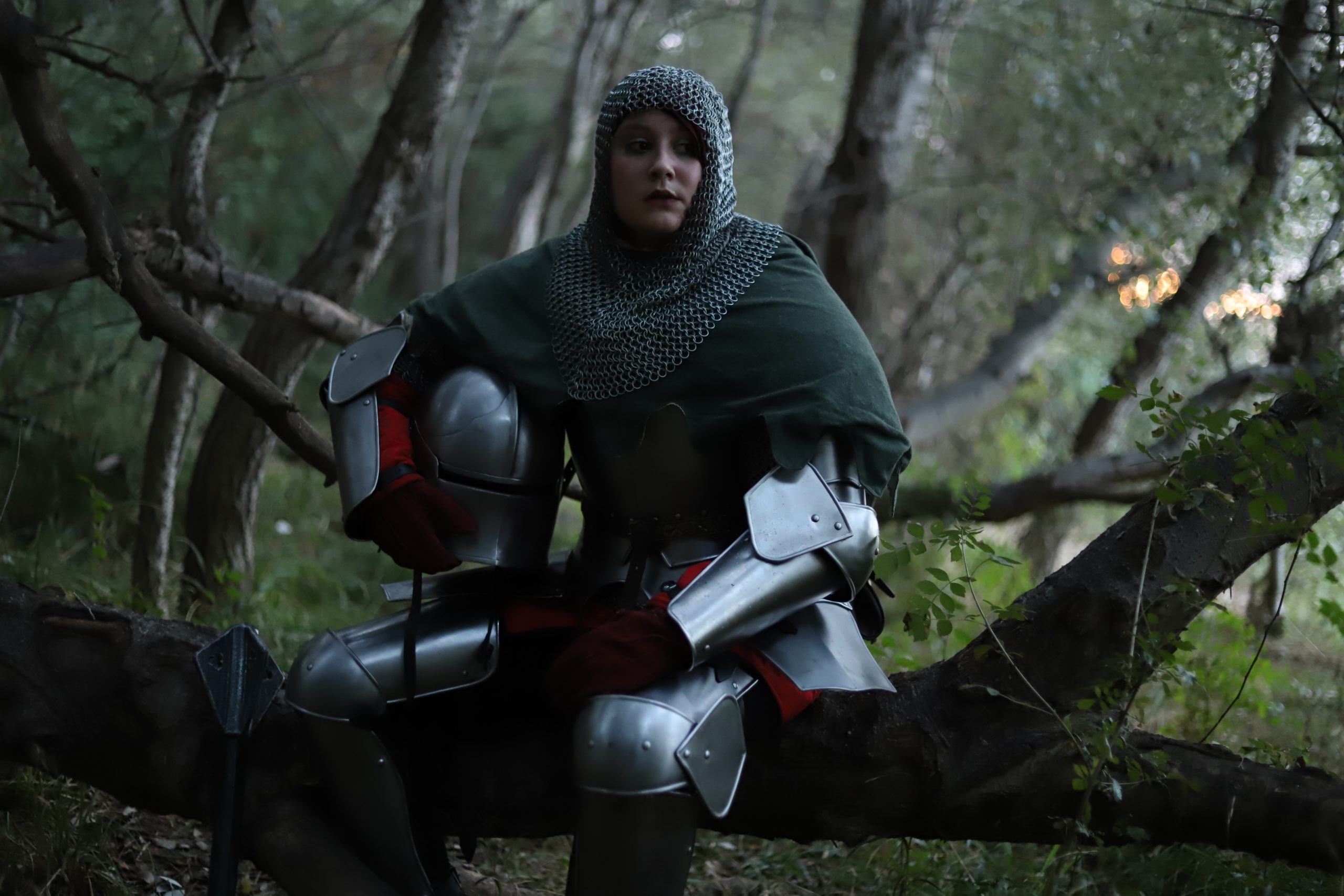 Without an audience, each person present in the scene plays a different role. The company is in charge of setting a stage, an era or a universe. The part of assembling, disassembling, playing, living and completing your story as you wish depends solely and freely on the participant. The props, the period or the rest of the elements make each game an unforgettable and unrepeatable moment. These can last hours or days, sometimes you can eat, rest and sleep inside the game.

In the case of Medieval Times, each player creates his own noble house inspired by important peninsular and European noble houses of the time. The participants are provided with dossiers, resources and help to immerse themselves completely in history. An authentic medieval experience that also includes the representation of the Andalusian culture.

They got their start in 2019 with Secession, an American Civil War event. Following in the company’s strong historical vein, they continued with Sleepy Hollow. A period town building bringing the story of Sleepy Hollow to life in a Victorian setting. 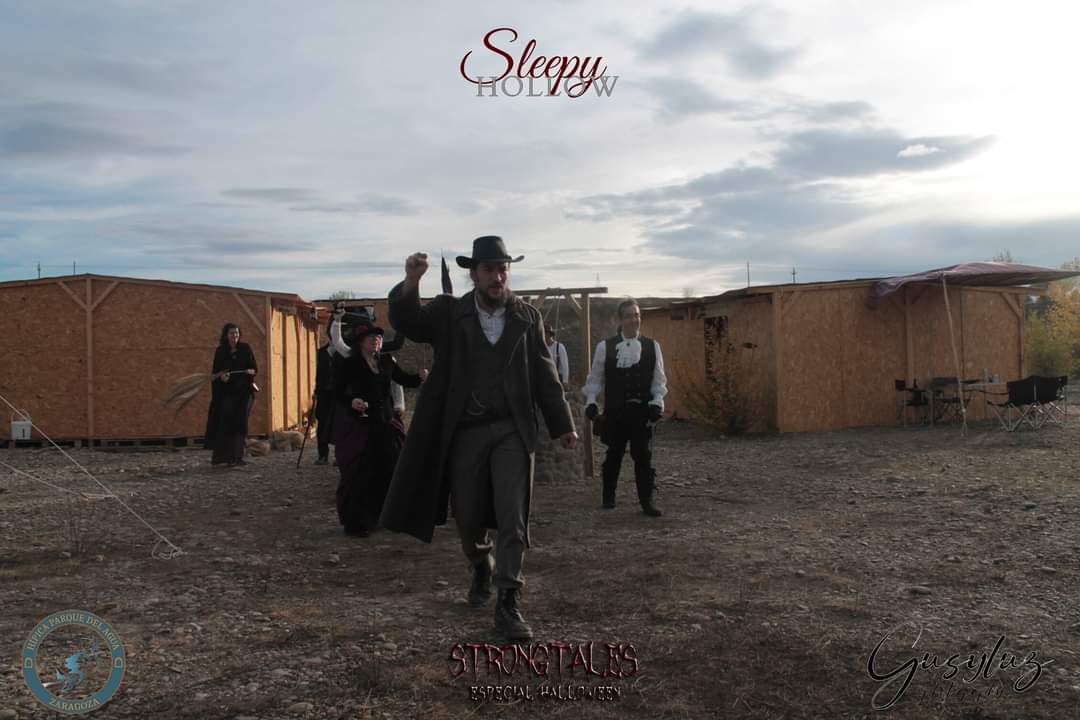 medieval times
Historical recreation of Sleepy Hollow. (Photo: Strongtales Live Action Games)
Although they have also dedicated themselves to fantastic events as was the case of Hammer and Blood, a heroic and dark fantasy in a dystopian world.

Not only the LARP is its sole focus, but Strongtales Live Action Games develops other facets for schools and neighborhoods. With their so-called Living History Talks, they are able to explain different periods of history in an entertaining way in schools. Several specialists dress up in period costumes to give the talks an immersive character, and thus detail curiosities, clothing, utensils and other elements of the era.

In the neighborhoods they also organize shows depending on the period. From a complete medieval camp to combat exhibitions or drinking tastings, the activities prepared by the company are adapted to the theme that best corresponds.

And for young people, a sort of Initiation to LARP has been promoted with the aim of encouraging a different type of leisure, away from the screens. A complete hobby that allows you to be the protagonist of your own story, as well as working in a team, making your own props, acting, creating backgrounds and characters.