The project will have three rooms in 3D format, customized and gamified, as well as a space with educational resources and a collaborative space for dissemination. Also participating are the Volpedo Museum in Italy, L'ubovnianske Múzeum in Slovakia, the Ordem do Mérito das Índias Orientais in Portugal and the Aragonese company Imascono as a technological partner. 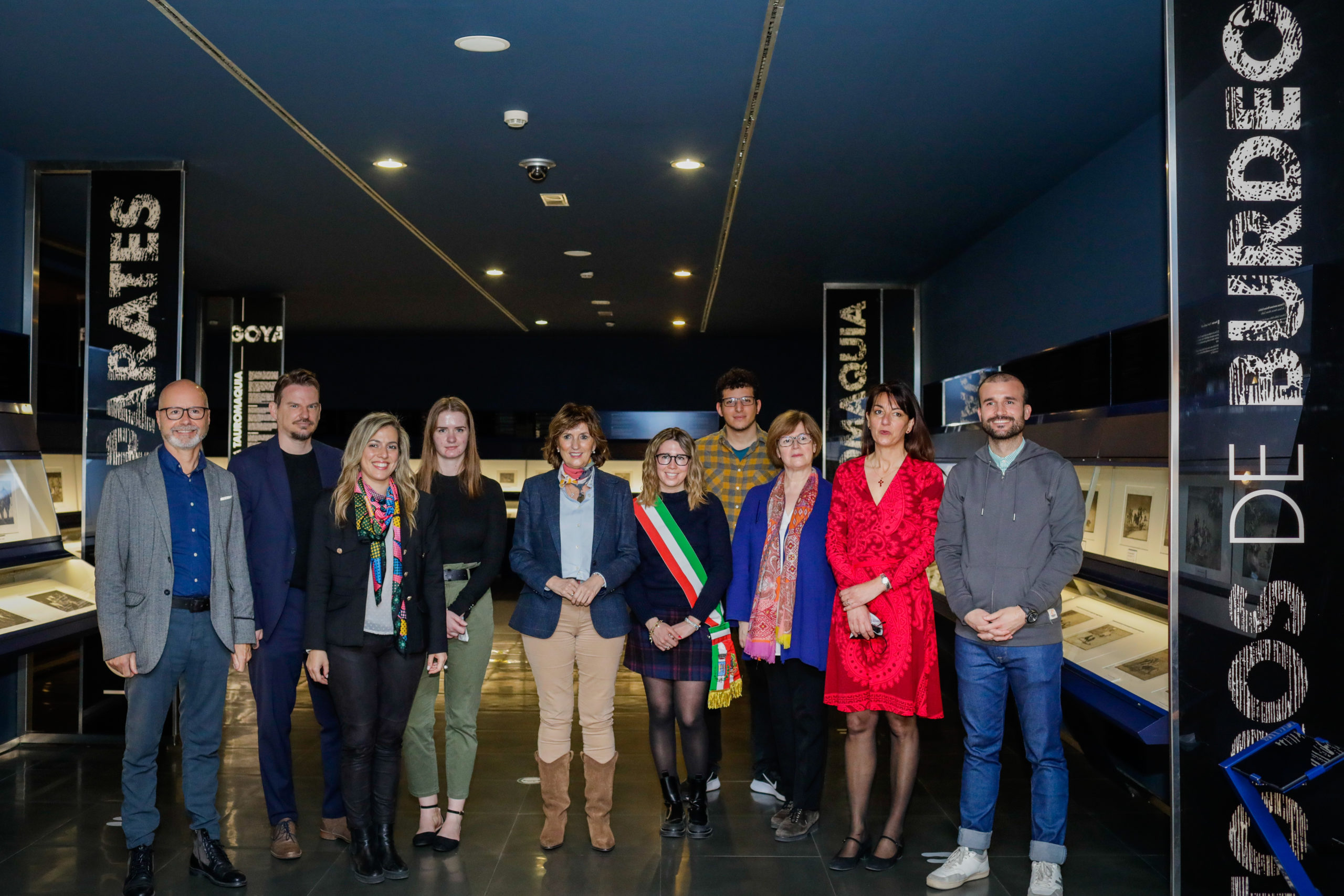 Fundación Ibercaja is leading the European project “Virtual Reality for Youth Skills”, an innovation program that will create a website, with the participation of the Goya Museum, the Volpedo Museum in Italy, L’ubovnianske Múzeum in Slovakia, the Ordem do Mérito das Índias Orientais in Portugal, and the Aragonese company Imascono, as a technological partner. Through this initiative, the digitization of the Goya Museum will be carried out for two years, specifically of the Goya Room and the Room of Engravings, as well as other spaces of these European entities.

The presentation of the project took place this morning at the Goya Museum and was attended by Charo Añaños, director of the Goya Museum; Mayte Ciriza, head of the Culture Department of the Ibercaja Foundation; Elisa Giardini, mayor of Comune di Volpedo; PhDr. Dalibor Mikulík, director of the Ľubovnianske Museum; Luis Lopes, president of the social entity Ordem do Mérito das Índias Orientais, and Peter Lozano, co-founder of Imascono.

“Virtual Reality for Youth Skills” is part of one of the lines of action addressed by the Erasmus + program, called KA2, and focused on cooperation for innovation at European level, the promotion of joint initiatives between countries, peer learning and exchange of experiences at European level. The Ibercaja Foundation project is the only one in Aragon that has received this grant, which aims to bring the Museum to young people from other European countries and disseminate the figure of Goya beyond our borders.

An online platform to visit the different museums in 3D

The project is a great innovative bet focused on the creation of a web3 platform developed by the technological partner Imascono. On it, users will be able to visit the different virtual recreations of the museums and complete challenges using their mobile devices (PC, cell phone, tablet).

Young people who access it will be able to visit three rooms in 3D format, created in a personalized and gamified way: the Goya Museum, in relation to the artistic figure of Francisco de Goya, the Volpedo Museum, with content around the painter Giuseppe Pelliza da Volpedo, and ‘ubovnianske Múzeum, with special reference to Isabela Alfonsa de Borbón. 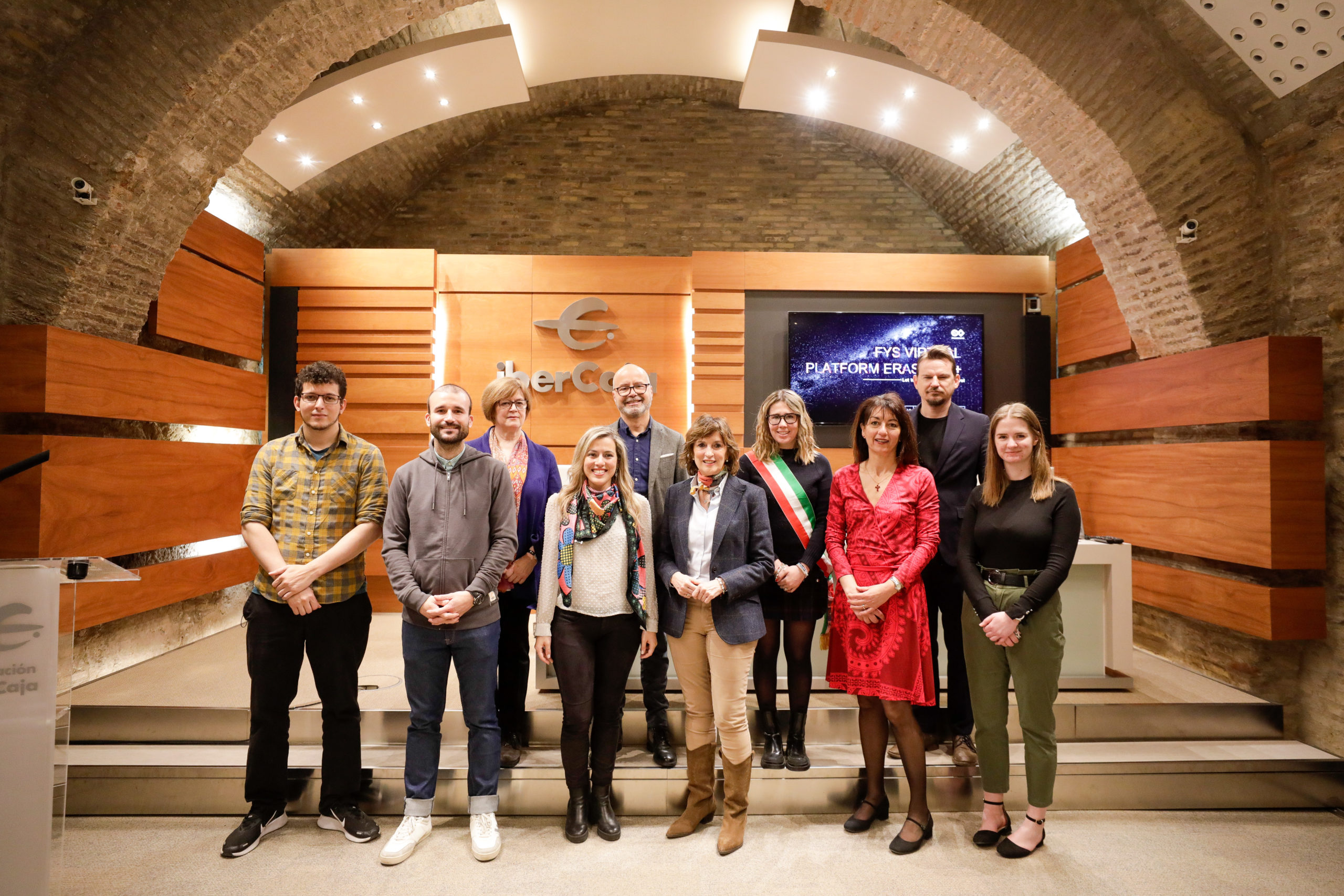 The platform also has two additional rooms. One of them is oriented to the cultural pedagogical training of young people, led by the Ordem do Mérito das Índias Orientais, and where didactic resources will be offered, and the other, configured as a collaborative space and dedicated to the media dissemination of all project updates, led by Fundación Ibercaja.

The development of the program will allow users to immerse themselves in the cultural metaverse of the European Union, where they will have the opportunity to visit the museums in person, consult information on the works exhibited and learn about their social, cultural and historical value, as well as carry out different activities.

Projecting the figure and work of Goya outside Spain

Through this program and its European scope, Fundación Ibercaja wants to bring the Goya Museum closer to young people in other countries and disseminate the figure of the Aragonese painter with the most current language, through a platform that will allow virtual visits to the Goya Room and the Engravings Room from anywhere and to delve deeper into each of the works on display.

The objectives are the creation of innovative educational digital content, the improvement of youth employability in the cultural sector and accessibility to culture for young people with fewer opportunities, the improvement of their digital skills and awareness of the context of the European Union, its cultural identity and its historical and social heritage.

This project involves the digitization of the participating institutions and facilitates quality cooperation, based on innovation and inclusion, through lifelong learning. It also contributes to their international promotion, in addition to strengthening European identity and fostering sustainable growth, quality employment and social cohesion.

Facebook
Twitter
Pinterest
WhatsApp
Email
Suscríbete a nuestro boletín
Artículo anteriorAlessio Bax: “To return to play after so long in the Auditorio de Zaragoza is a dream”
Artículo siguienteAgro Intelligent: rural innovation recognized at the Oscars of agriculture

Discover the Cistercian monasteries of Aragon. Monastery of Veruela (II/III)