These are the best oils from Southern Aragon. Spain

The Regulatory Council of the Protected Designation of Origin "Aceite del Bajo Aragón" has awarded the prizes to its best oils. 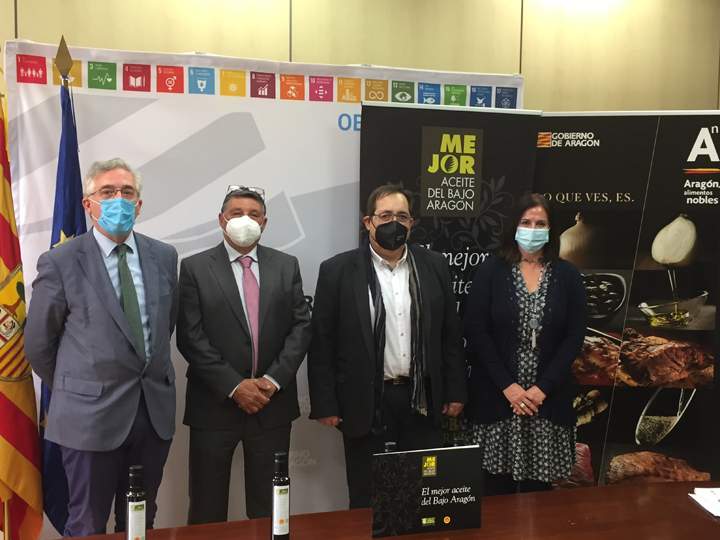 Quality awards that have been given since 1997 and that recognize the most outstanding extra virgin olive oil among all those bottled under the Protected Designation of Origin “Aceite del Bajo Aragón”.
The winners of the “Best Aceite del Bajo Aragón 2021” award are the following:

+The first prize for quality was awarded to Almazara Artal, from Albalate del Arzobispo, Teruel, and its master miller Arantxa Garín.

+The second prize for quality was awarded to Apadrina un olivo.org from Oliete, Teruel, and its master miller Carlos Blanco.

Joaquín Olona, Regional Minister of Agriculture, Livestock and Environment of the Government of Aragon, Alfredo Caldú, President of the Protected Designation of Origin, Juan Baseda, Secretary and Technical Director, and Carmen Urbano, Director General of Promotion and Agri-Food Innovation of the Government of Aragon, were present at the reading, adopting all the security measures in force. The annual awards are sponsored by Pieralisi España.

Interview with Carlos Pauner, international climber with 14 eight-thousanders: “Immediacy is detrimental to the high mountains because there are no shortcuts”