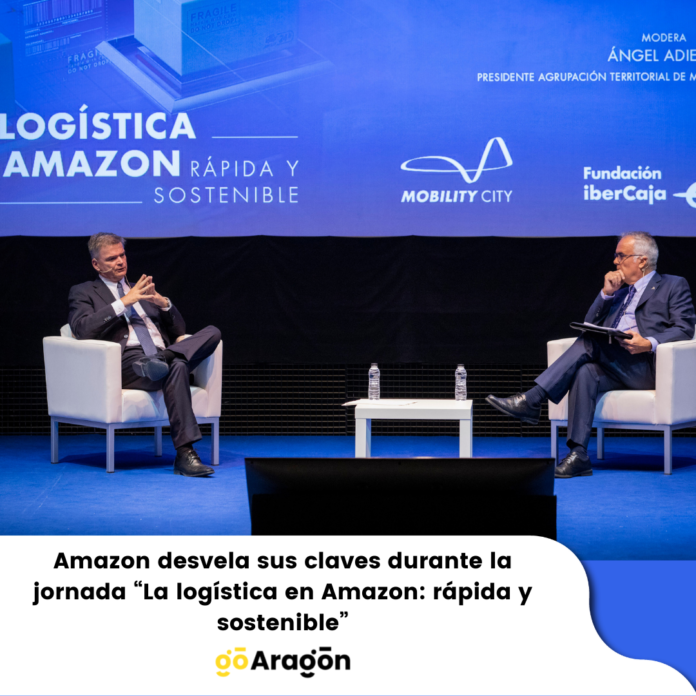 Logistics at Amazon: fast and sustainable”, organized by Mobility City, of Fundación Ibercaja, and the IESE Alumni Association in Aragon.

In his welcome speech, José Luis Rodrigo Escrig, general director of Fundación Ibercaja, highlighted the importance of holding a meeting like this to talk about logistics, because it is “a key sector in Aragón, in constant and rapid evolution”, valuing the participation in this colloquium of “a large company like Amazon, which has extremely broad logistics and distribution capabilities, and which has anticipated the logistics sector like no other, seeking flexible and intelligent solutions”.

The colloquium began with Ángel Adiego, president of the IESE Alumni Chapter in Aragón, recalling the origins of Amazon.

Fred Pattje began by highlighting the Mobility City project of Fundación Ibercaja, considering it not only “important for Zaragoza and Spain, but for the whole world”, and conveyed his intention to see how he can help in its development, in which he believes it is necessary to bring in more companies. 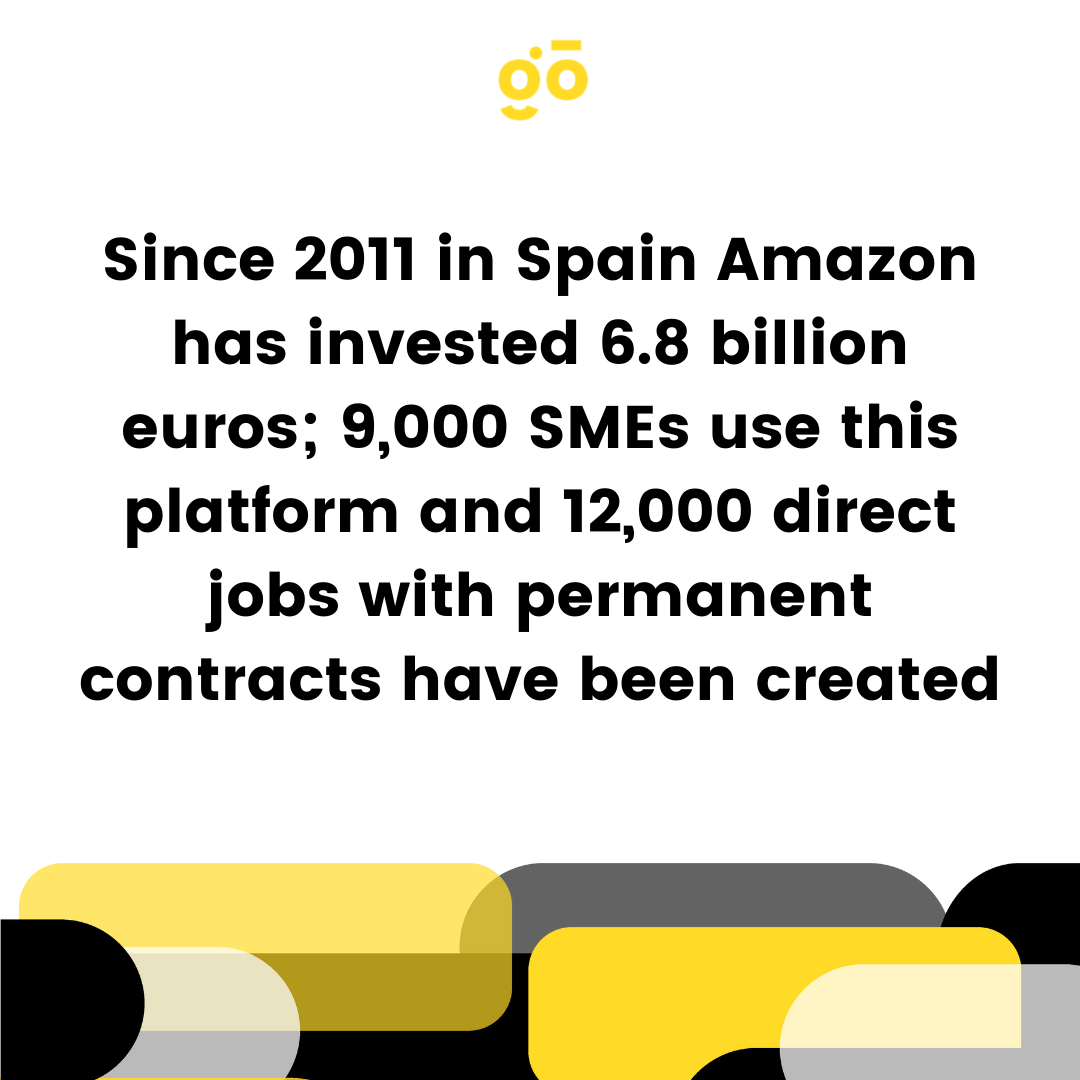 As Amazon’s basic values, Pattje cited that “we love to be pioneers and to invent, and to see that what we have invented becomes normal”. The Dutch executive explained how “in just over 20 years we have gone from being an online bookstore to a somewhat more complete company,” citing the structure of Amazon seller central, Amazon business or Amazon adversiting. The selection of the largest possible list of products is one of the most important things and “we aspire to become a place where customers can find everything they want, with a selection that is constantly growing thanks to third-party sellers, including the thousands that come from Spain”.

Since 2011 in Spain Amazon has invested 6.8 billion euros; 9,000 SMEs use this platform -not only to sell in Spain, but also in the rest of Europe-; and 12,000 direct jobs with permanent contracts have been created, with plans to hire 3,000 more workers this year.

In terms of sustainability, Amazon announces its commitment to “50% of all our shipments being CO2 emission-free by 2030, using electric vehicles, and achieving 100% by 2040; a decade before the Paris Agreement”. Logically, such vehicles are needed, which is why it has placed the largest ever order for electric vehicles: 100,000 new vehicles with the US manufacturer Rivian.

On the other hand, Amazon has also become “the largest private buyer of renewable energy”. A large solar plant with a capacity of 49 megawatts will come on line in Zaragoza, its second such plant in Spain after the one in Seville. This facility will serve to supply energy to the large investment that Amazon is making in Aragon (the 3 data centers), to support the digital transformation of Spain, and which represents an investment of 2,500 million euros in this community.

Fred Pattje also highlighted the value of Amazon’s human resources and the opportunity to create jobs, contrary to what was thought with the implementation of robotization in our plants.

The closing ceremony was led by Marta Gastón, Minister of Economy, Planning and Employment of the Government of Aragón, who pointed out that the implementation of the three Amazon Web Services data centers in Aragón will represent “a before and after, along the lines of the arrival of Opel in the 80s. It will make it possible to attract new projects, and achieve the challenge we have of making Aragon a benchmark in logistics and digitalization, as well as in renewable energies or in the field of future mobility”.

Antonio Gutiérrez: “Martial arts are falling into disuse, they are not encouraged”

Maestrazgo and Sobrarbe-Pyrenees: geoparks in Aragon to discover the geological and cultural wonders of the region