The ‘Talento Empleo Aragón’ awards were presented today at the headquarters of Grupo San Valero.

These awards aim to recognize Aragonese companies and entities for their efforts in job creation and their contribution to stabilizing the economy, structuring the territory, generating wealth, valuing talent and energizing a society that strives to be at the forefront in the autonomous community of Aragon.

These awards are promoted by the San Valero Group, in collaboration with CEOE Aragón and CEPYME, two Aragonese entities that represent the Aragonese business fabric in all its areas, from micro to large companies. The presentation ceremony was attended by César Romero Tierno, general manager of Grupo San Valero; Ricardo Mur Monserrat, president of CEOE Aragón; Aurelio López de Hita, president of CEPYME Aragón; and Raúl Millán Labarta, director of Companies and Institutions of Grupo San Valero, who explained the details of the initiative. 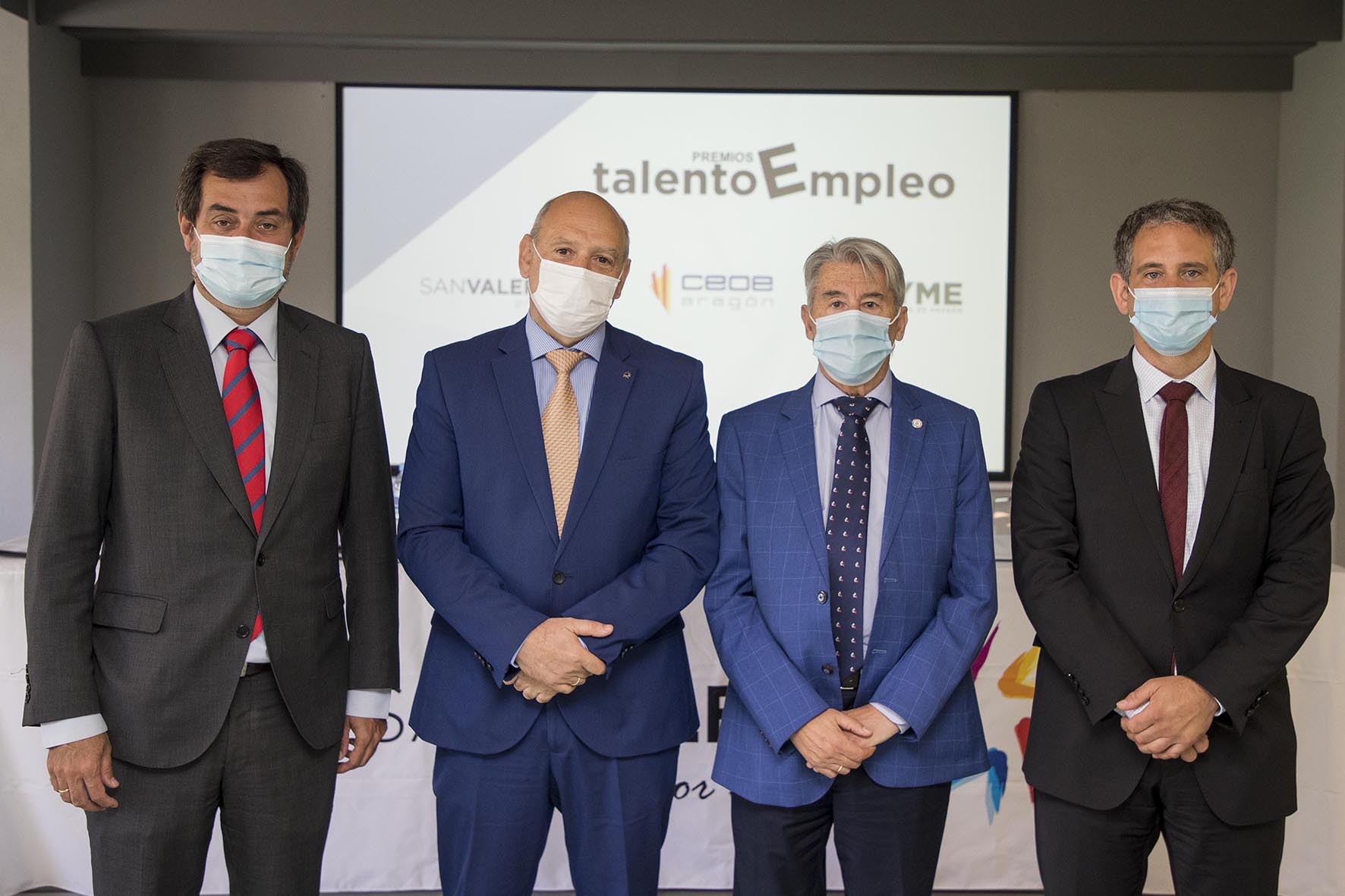 Aurelio López de Hita referred to the importance and symbolism of these awards in “a period in which employment has been destroyed, although we face the future with the hope of returning to normality soon“, he considers that “awards that carry talent as a flag are logical that they come from an institution such as the San Valero Group that has been promoting and encouraging it for 68 years”.

For his part, Ricardo Mur emphasized that “this award emphasizes people and values the efforts of companies in caring for their employees and collaborators, including training as a determining element, which is increasingly oriented towards specialized profiles”. He also recognized the efforts of the business fabric in a year in which the ERTE and the difficulties have had a special role.

César Romero referred to the importance of job creation in Aragón. He pointed out that “sometimes we see companies from abroad and we look at the investment and the jobs they generate, but we must not forget the importance and prominence of ourselves”, and he highlighted the good harmony with the two entities involved in these awards, CEPYME and CEOE, with which “it is easy to go hand in hand, not only because of the institutions but also because of the people who are in charge”.

All those companies or entities, established or not in Aragon, which, although they are not located in the autonomous community, have branches or delegations that are. They must have been in existence for two years and temporary employment companies are excluded. Four categories are established: Micro-SMEs, Small and medium-sized companies, Large companies and Third sector (foundations, non-profit organizations, special employment centers, social insertion entities, etc.).

Companies and entities wishing to participate must formalize their registration through the form available on the web page of these awards: www.gruposanvalero.es/talentoempleo, attaching the corresponding supporting documentation. They can do so from 00:00 h. on June 29, 2021 until 24:00 h. on September 17, 2021.

The prizes corresponding to each of the four categories will be awarded at an institutional event. They will consist of an exclusive figure, a diploma and a scholarship in the Master’s Degree in Business Administration and Management of the Universidad San Jorge.

Julio Ramón: “The objective of the IAACC is being achieved, to show contemporary art in its context”

Esther Borao: “The potential you have from a technological institute is multiplied”