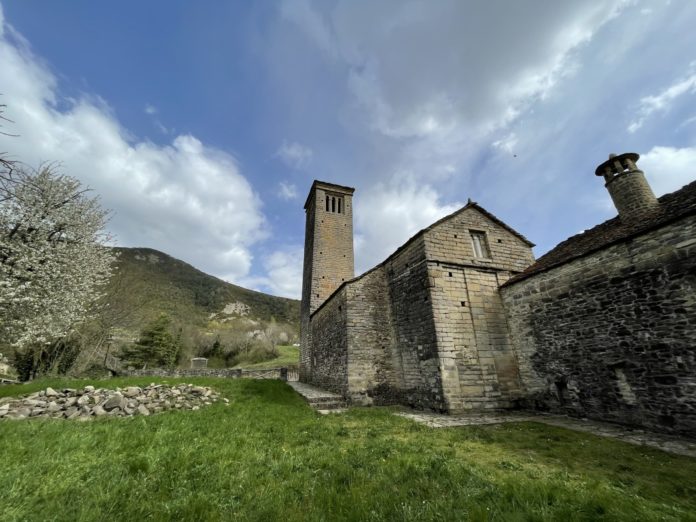 The work of Amigos de Serrablo has made it possible to know and preserve the heritage of Serrablo and to project it abroad. Thanks to voluntary work, they have recovered more than fifteen buildings and maintain the only museum dedicated to contemporary drawing in Spain.

Gardel’s song says that “twenty years is nothing”, and if we talk about the Friends of Serrablo Association, we can even extend it to fifty. Because five decades after its inception, the people who form it today maintain the enthusiasm, work and love for the territory that have made the association a benchmark in the defense of heritage.

What began in 1969 as an article that the archivist of the cathedral of Huesca, Antonio Durán Gudiol, commissioned to Julio Gavín to talk about the churches in the area (Romanesque churches that have the artistic peculiarities of the Lombard Romanesque), has become a fundamental effort to know and preserve the history, geography and identity of the historic region of Serrablo.

An achievement based, above all, on the work of volunteers, who in the beginning helped to rehabilitate the churches and, over time, have formed an association that currently has more than 700 members and collaborates with more than a hundred institutions.

“Those were times of voluntary and generous work,” recalls the current president of the association, Pilara Piedrafita, who is grateful that over time this work has been joined by the support of institutions, especially the Sabiñánigo City Council and the Huesca Provincial Council, through the Institute of Altoaragoneses Studies.

The only museum of contemporary Spanish drawing 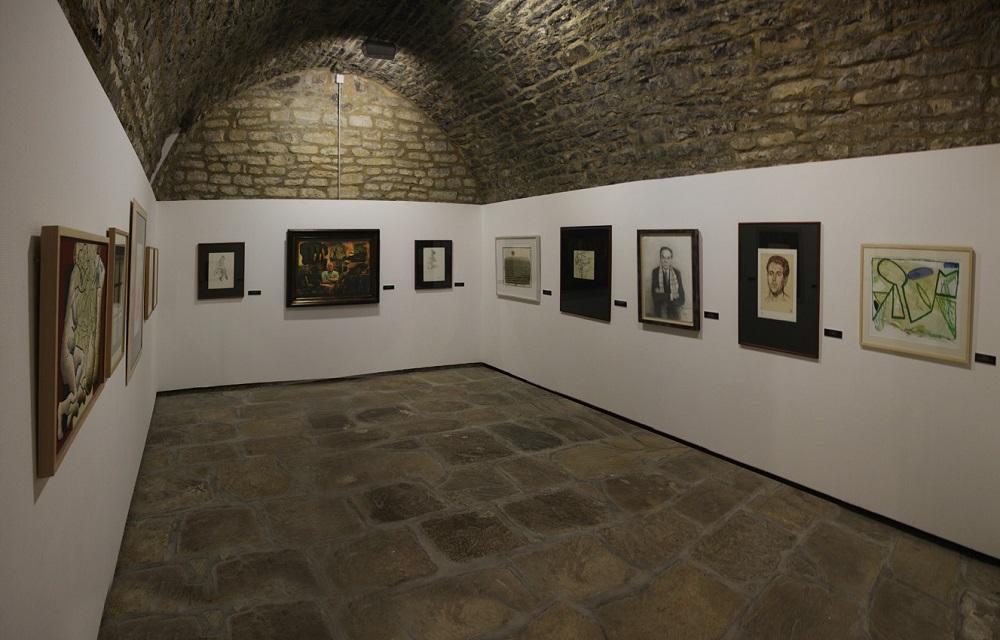 Thanks to all this, the churches were restored and in 1982 they were considered of Cultural Interest, a traditional house was rebuilt and the Ángel Orensanz and Serrablo Arts Museum, which houses an important ethnographic collection, was created. Years later, the Larrés Castle was restored, where the Julio Gavín Drawing Museum has been installed, “the only one specifically dedicated to contemporary Spanish drawing,” Piedrafita emphasizes.

These are just some of the achievements of the Friends of Serrablo Association in these fifty years of existence, a stage of which its president is proud: “I am proud of the solidarity and culture of work that successive generations of volunteers have bequeathed us. Apart from the physical heritage recovered, we are also very proud of having this culture of work, of the volunteer effort”.

A work culture that has earned them numerous awards, including the Europa Nostra, one of the most prestigious in the continent in terms of heritage conservation, and the Gold Medal for Fine Arts, awarded by the Ministry of Culture. 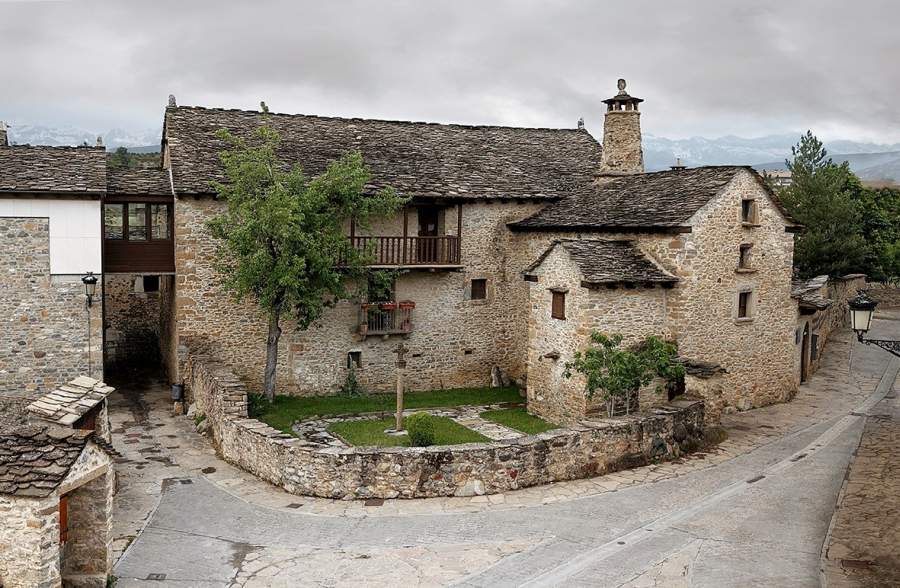 In addition to the recovery and study of the heritage and the management of the drawing museum, which, as Pilar explains, “has almost five thousand works donated by different artists and up to three people work there, so we are generating employment in the region”; the association also keeps a photographic archive with more than eight thousand images and slides “essential to know the heritage of the area and how it has evolved”. They have also edited publications that have become a reference in terms of heritage, such as books on popular architecture, or the Serrablo guide.

They are also well known for the “etnoandadas” that they organize along little-traveled paths, which allow visitors to get to know villages, popular architecture and heritage elements; or the Mozarabic masses that they organize in some of the churches in which the association has been involved. “We have not been able to do them for two years for obvious reasons, but next year we will recover them and it will be special because it will be one hundred years since the discovery for the art world of the Serrablo churches”, says Piedrafita.

The Serrablo also has since last April with a digital application, promoted by the Government of Aragon in collaboration with the Comarca del Alto Gállego. The app offers detailed information on each of the 19 Serrablo-style churches in the area. 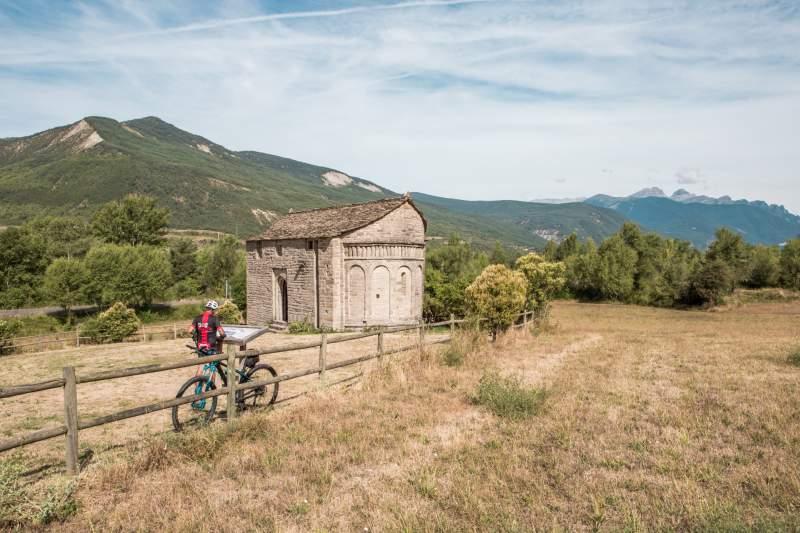 As for the budget, the association is financed thanks to the collaboration agreements with the City Council of Sabiñánigo and the DPH, which account for about forty percent of the budget, the fees paid by members and the entrance fees paid to enter the museum. It has also generated the figure of “sponsorship of drawings” for those who want to make specific collaborations. “We have to make a living because the heritage never ends, and the slab roofs are expensive to maintain and rehabilitate,” acknowledges the president.

That is why she invites all those who want to collaborate to contact the association and become part of a family made up of members mainly in Sabiñánigo and Zaragoza, but also in Madrid, France and the United States. All of them collaborate in the study and conservation of the culture of this corner of Huesca: “I always say that we have created culture and permanence. And without us this region would not be understood, not even its landscape or people would be the same. Because the work of the association has made it possible to rescue a culture that was disappearing, we have managed to make us proud of it”.

Idoo Tech, a commitment to integrate the Apple brand in the business sector