The Aragonese capital becomes the first city in the country and one of the first in Europe to launch an autonomous logistics project. The company Goggo Network, together with the Zaragoza City Council, will start testing autonomous delivery robots without goods in August. By September, more than 80 units are expected to start distributing products through the streets of the city. This milestone marks a before and after in Spanish logistics. 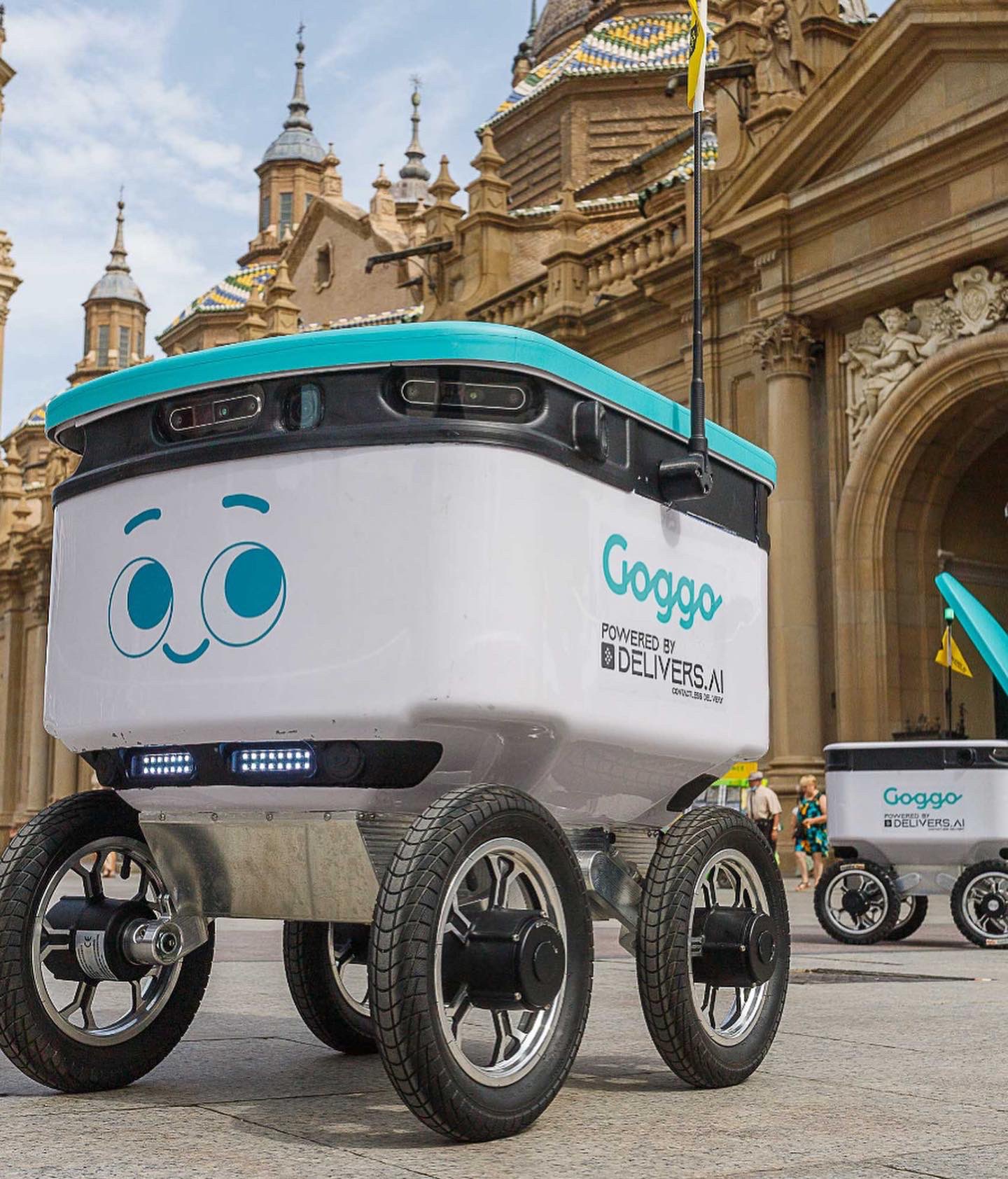 No bicycles, motorcycles or vans to distribute goods. Autonomous delivery robots have arrived in Spain to stay. These self-propelled devices are capable of moving in certain environments without the need for human control. Ready to become the new home delivery ‘riders’, they aim to put the Aragonese capital “on the national and international map as a city open to anyone who wants to invent the future”, in the words of Jorge Azcón, mayor of Zaragoza.

Behind this whole process is the autonomous mobility startup Goggo Network, founded by Martin Varsavsky and Yasmine Fage. With operations in Spain, France and Germany, it is the first company to obtain a logistics license for autonomous robots in Spain. The project consists of four phases with the aim of validating its safety, as well as public, technical and commercial acceptance. The first of these will last until the beginning of September and will be based on various simulations that attest to their safety and proper functioning. In total, more than 80 units are expected to be deployed in the streets of Zaragoza.

A sustainable and economical alternative

In contrast to traditional logistics, new horizons are opening up that are committed to sustainability. With no emissions of pollutants or noise, this 100% electric option is also doubly attractive, as it would mean lower costs for local businesses. According to Varsavsky and Fage, “these robots make it possible to diversify traffic in large cities and provide a more innovative alternative for citizens when ordering home deliveries”.

How are they equipped?

Like any passerby, they move at a speed of 5 kilometers per hour. Equipped with all kinds of internal and external sensors (LiDAR, cameras, ultrasound sensors, etc.), they can visualize the environment 360º with high precision. Their artificial intelligence systems help them to detect pedestrians, animals or vehicles and thus avoid them or stop if they are unable to move forward. In addition, they are equipped with powerful wheels to overcome various road obstacles such as curbs, among others.

From the logistics center that Goggo Network intends to install in Zaragoza, several human operators will be in charge of supervising and managing the movement of the robots autonomously. In addition, the company assures that they are “working exhaustively together with the DGT and different groups to guarantee an orderly implementation and that this technology will be a tool that favors social inclusion and connectivity”.

In addition, the landing of this innovative company will raise Zaragoza as a point of reference, “a city where you can experiment with the most advanced technology, the most sustainable, the most environmentally friendly and the most avant-garde,” according to Azcón.

Safety is a key aspect of the entire project implementation. During the first stage of testing without goods in August, the robots will familiarize themselves with the streets of Zaragoza and the pedestrians, in order to detect possible difficulties in the environment. In addition, previous trials were tested with blind people and other vulnerable groups. As Yasmine Fage says, “it is less dangerous than a baby carriage”. They also have anti-theft systems and an insurance policy.

When will they start operating?

These devices will start delivering food to homes at the end of September. Whether they are restaurants, supermarkets or other businesses with delivery platforms. With a maximum load capacity of 30 kilos, customers will have to pick up their orders at the doorway, as they will not have to climb stairs. The main beneficiary of this service will be the restaurant sector, which has been hard hit in recent months. This latest technology will operate within a radius of 1.5 kilometers from the premises in question.