Feel like skiing? Discover all the fabulous alpine ski resorts in the Aragonese Pyrenees (Spain)

This winter has arrived full of snow and the Aragonese resorts (candidates for the Winter Olympics in 2030) are already prepared to welcome skiers from all over the world. Every year many international skiers come to ski in the Aragonese Pyrenees attracted by its slopes, the beauty of its landscapes, its medieval villages, its legends, its architectural heritage and its gastronomy make the Aragonese Pyrenees a unique place in the world.

In this post we are going to show you all the alpine ski resorts that you can enjoy in the Aragonese Pyrenees.

The Aragonese Pyrenees borders with Catalonia, Navarra and France, perhaps that is why it is the richest in fauna and flora. It has the highest peaks like the Aneto or Monte Perdido that exceed 3.000 Mts.

It is divided into 5 regions: La Ribagorza, Sobrarbe, Alto Gállego and Jacetania and La Hoya de Huesca. Its medieval villages, its legends, its architectural heritage and its gastronomy make it unique in the world.

Its protected areas as well as its Natural Parks such as Ordesa and Monte Perdido, its great mountains, rivers, glaciers, glaciers, ibones, ravines, valleys and also the immense forests make this place a privileged environment.

Which are the alpine ski resorts in the Aragonese Pyrenees? 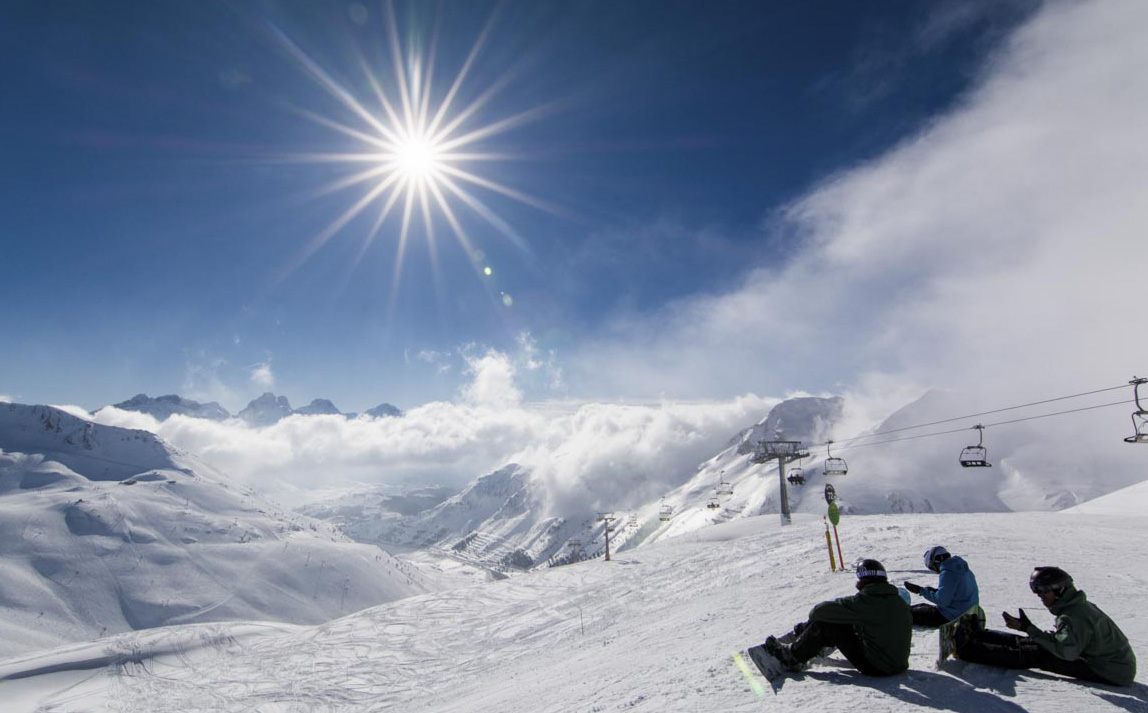 United under the name 100K the resorts of the Aragon Valley have joined together to give a better experience. This is undoubtedly the great novelty of these two neighboring resorts.

The name 100K comes from the 101 skiable kilometers in its 102 slopes (15 green, 30 blue, 38 red, 19 black and a total of 14 itineraries) that count between the two, a not inconsiderable amount. If we add to this the environment, we have some very interesting resorts for the practice of alpine skiing. How to get there? It is accessed thanks to 40 different lifts, where there are conveyor belts, ski lifts and chairlifts for 2, 3 and 4 skiers.

We continue with the resorts that are part of the Aramon group: Cerler and the merger of Formigal Panticosa. 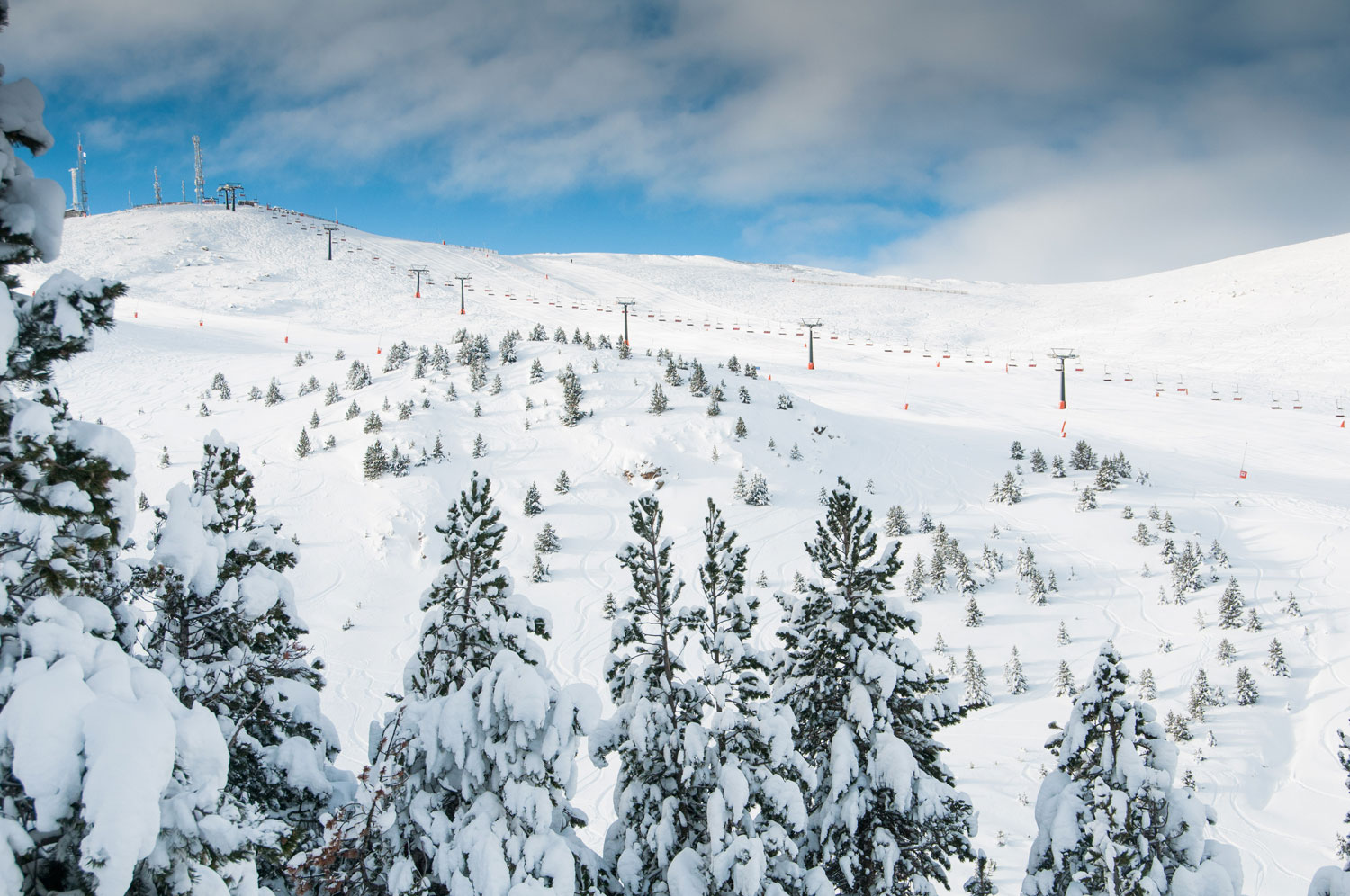 Located in the highest part of the Benasque valley, Cerler resort has two new features this year: the opening of a new chairlift, which means that it now has a total of 20 lifts, including ski lifts, ski lifts and chairlifts of different capacities. And its expansion towards the neighboring valley of Castanesa, in the municipality of Montanuy. 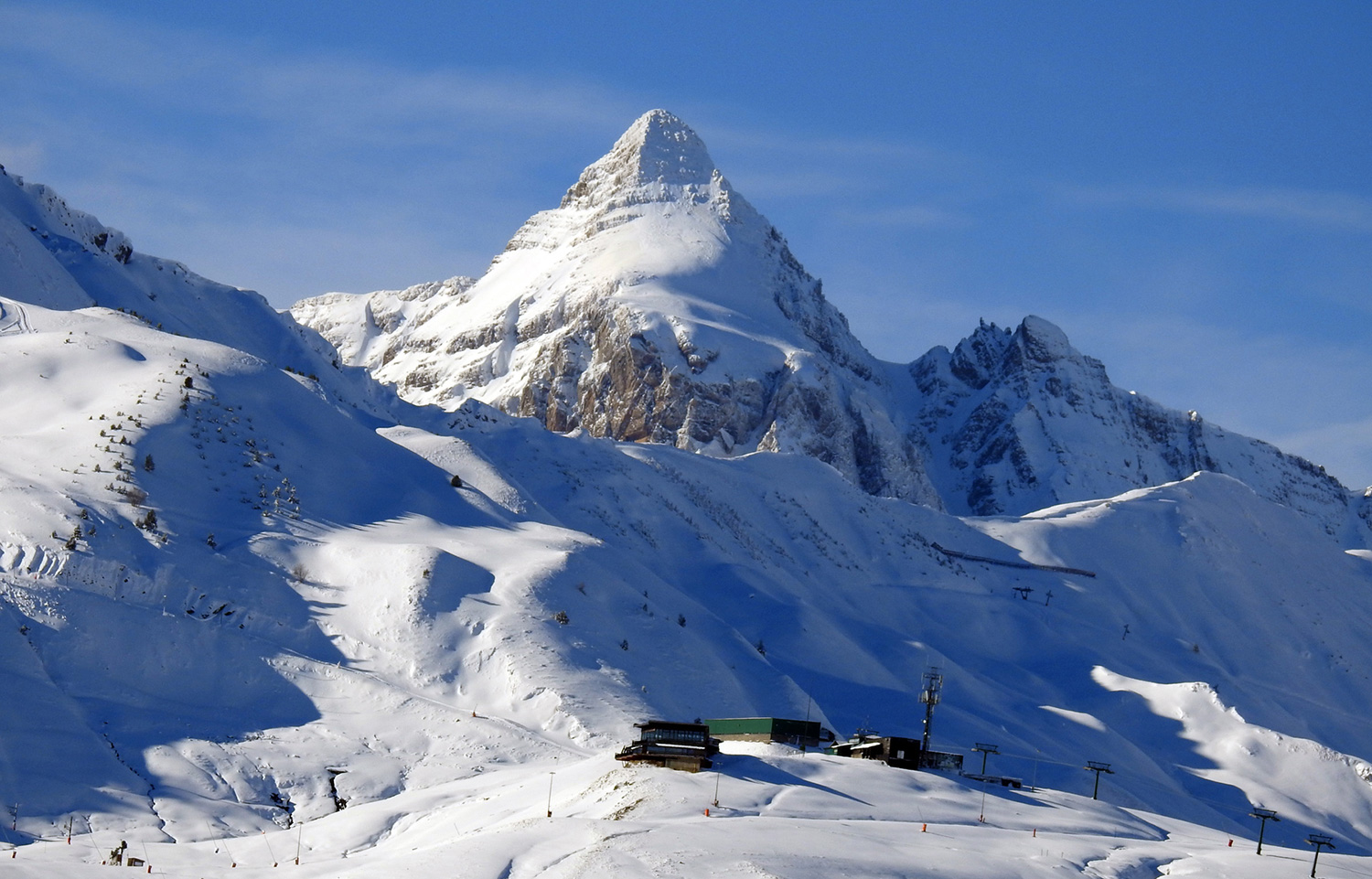 Located in the Alto Gállego, specifically in the Tena Valley, is the Formigal-Panticosa resort, which until 2015, snow lovers will remember, were two independent resorts. Panticosa and its two valleys, Sabocos and Petrosos, joined the four of Formigal (Portalet, Anayet, Izas and Tres Hombres) turning the villages of the valley into the base of the resort with the largest domain in kilometers of our country in its day.

“The future is a large domain to be able to compete with Andorra and the others. To attract the international public,” commented Joaquín del Rincón, Marketing Director of Aramón Formigal-Panticosa in those years.

A wide surface whose highest point is at 2265 meters and the lowest at 1145 meters.
Both resorts are connected by a “ski-bus”, which connects Formigal with Panticosa and vice versa.

Facebook
Twitter
Pinterest
WhatsApp
Email
Suscríbete a nuestro boletín
Artículo anteriorCristina Fallarás: “The problem is not presence; women do not reach positions of responsibility”
Artículo siguientePlans for a different New Year’s Eve. Experiences in Spain to end the year

Marian Route in Aragon: a religious, cultural and natural itinerary