Green mobility and clean energy: Zaragoza puts itself on the international map of urban innovation

The Aragonese capital is one of the 100 cities chosen by the EU to be climate neutral by 2030. With this goal in mind, the city council is working on several urban transport and energy generation projects that, in many cases, turn the municipality into an experimental zone. 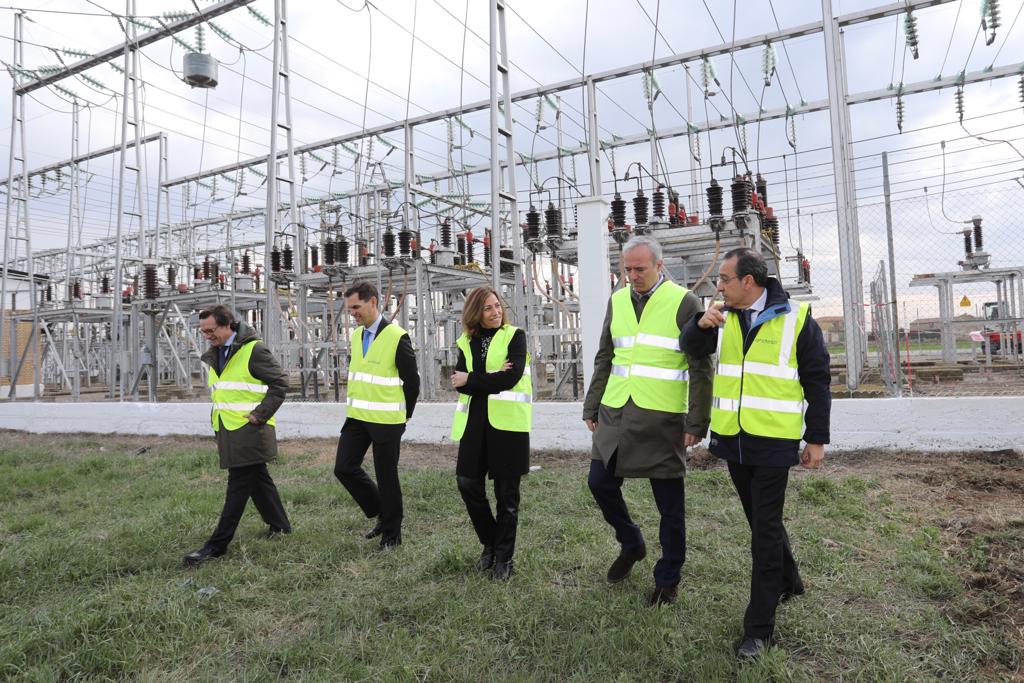 It was at the end of April when the European Commission announced that Zaragoza was among the 100 climate-neutral cities, a mission that seeks to ensure that the chosen cities achieve the goal of zero emissions by 2030, two decades earlier than what the EU has set for the rest of the municipalities. This recognition, in addition to opening the doors to new funds and financing channels under favorable conditions to achieve that goal, puts the Aragonese capital on the map of urban transformation and leads its city council to take on a powerful challenge, but one that they do not shy away from.

“It really is an ambitious objective, it requires a lot of work and a lot of responsibility, but we are very happy,” stresses the Councilor for Public Services and Mobility of Zaragoza City Council, Natalia Chueca, one of the areas most involved in achieving these goals because of what urban transport means in terms of carbon dioxide emissions.

In fact, one of the most important projects in this direction is the replacement of conventional urban buses with electric ones. In the second half of the year, 68 new vehicles are expected to arrive in the city, which will be added to the four currently in operation, which will mean that more than 25% of the fleet will be electric. 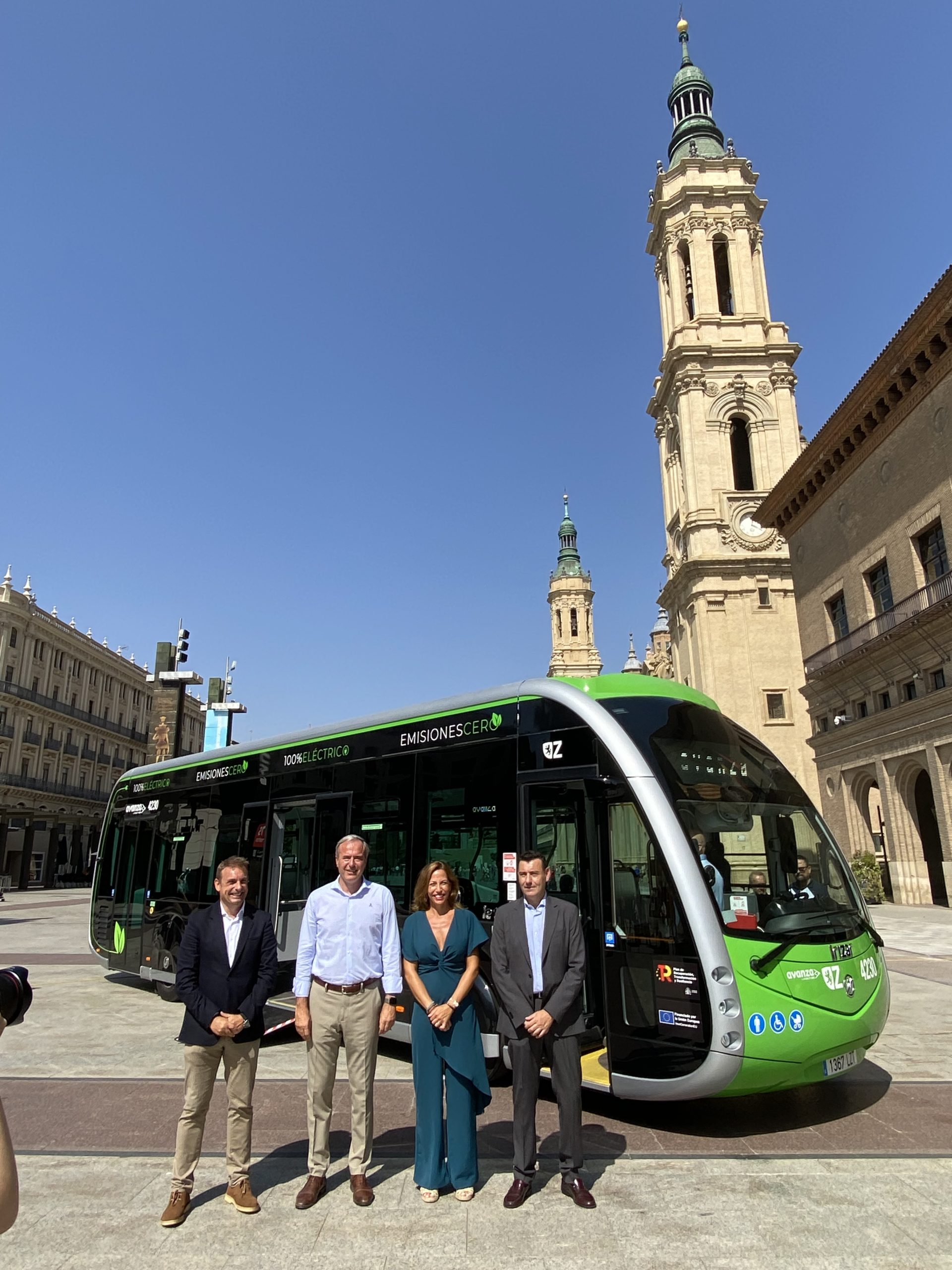 This will not be the only measure in this sense, but this circumstance has led to the transformation of the depots to be able to load the new buses. This is not a trivial matter, since it is the most important public transport electrification project in Spain, work on which has been underway since March.

“The one being done in the depots with electrification is really very ambitious, there is no other similar in Spain and we are told even in Europe. Above all, because of the dimension it has. It will allow us to directly load more than 70 buses at night”, emphasizes Chueca, who expects the works to be ready by September, ready to receive the new vehicles.

However, the councilor stresses that this is not the only measure that the city council has taken to achieve its objective, but also “many others that are being carried out in housing rehabilitation, to save emissions, and others related to the issue of clean energy, waste treatment and the replacement of public service vehicles”, such as those of the cleaning service, whose new specifications request their replacement by other zero-emission vehicles.

Infrastructures to accompany the motor transformation 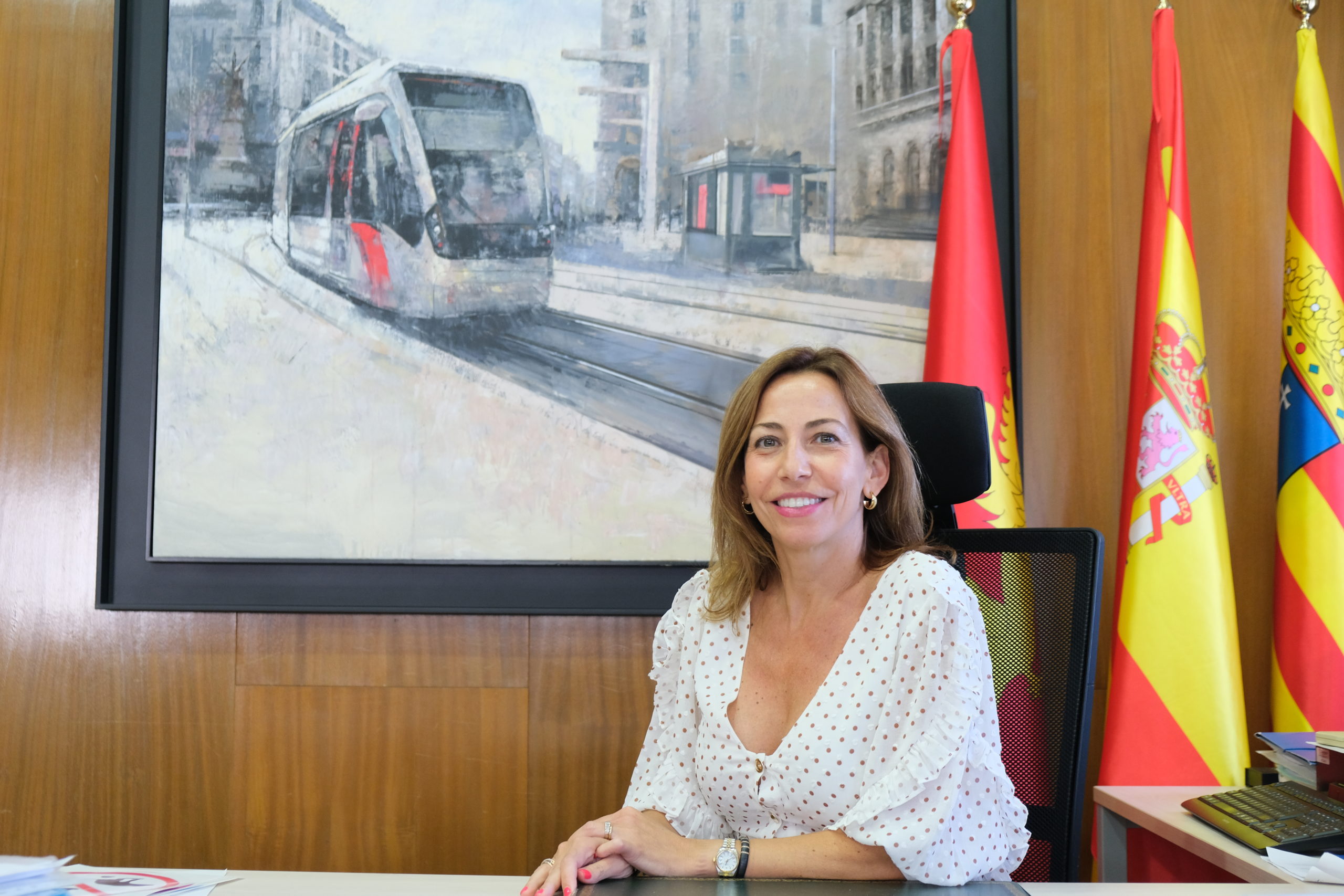 Although the replacement of buses is the measure taken by the city council that can save the most carbon dioxide emissions for the city, with an estimated 620,000 tons of CO2 over the useful life of each one, Mobility is also working to encourage the changeover to electric cars.

The councilor explains that the automotive sector is going to be transformed and that all experts agree that there will be an acceleration in this sense in the next two years. “For this to be real, the infrastructures must accompany this transformation,” she stresses.

With that goal in mind, the city gave the green light at the end of June to the files for the installation of 37 electric vehicle charging stations. This project translates into a 20-fold increase in the number of municipal charging points, from seven to at least the 149 provided for in the specifications.

“Although today there is no such demand, what we want to do is to anticipate and provide the service for the city’s residents and for those who travel,” says Chueca, who highlights the role of Zaragoza as a transit city between large centers such as Madrid, Barcelona, Bilbao and Valencia and how drivers will need to stop to charge their cars. For this reason, he considers it “a boost” for the Aragonese capital that travelers stop to recharge in the city and, in passing, take the opportunity to have a coffee, eat or go sightseeing.

The actions implemented with the aim of becoming climate neutral by 2030 require a transversal effort, i.e., that several municipal areas act with different projects to achieve this goal. In addition to the actions in Mobility, the Zaragoza consistory has an energy transformation plan that has three legs and in which Urbanism also participates.

Thus, within this plan there is, on the one hand, the use of municipal facilities to obtain energy, and, on the other hand, the industrial parks, which would serve to feed the companies they host. Both projects are led by the Urban Planning area, while the last leg of the plan corresponds to Mobility and involves using parking lots to generate neighborhood energy communities.

With this idea, solar panels will be installed, taking advantage of municipally owned spaces such as the roofs of buildings, some plots of land owned by the city council and the creation of canopies in public parking lots. The end result will be to make Zaragoza a national benchmark in terms of green and sustainable energy self-consumption, as well as reducing the electricity bills of both families and SMEs in Zaragoza and the city council itself.

“What we are doing with the parking lots and the energy communities is an innovation, there is no reference or a historical one”, highlights Chueca. In this case, the council has launched a public consultation on the project, in order to gather improvements or suggestions from the market before launching the final tender, which will arrive “shortly”.

This municipal plan aims to create, starting on the left bank, multiple communities of shared self-consumption of renewable electricity, aimed at both private homes and businesses located within a maximum radius of 500 meters. It is estimated that, in total, more than 20,000 homes and 200 businesses could benefit.

Setting the path for the future

These canopies will be located in existing parking areas and will be installed, maintained, operated and managed by the concessionaires over a 25-year period. According to the Councilor’s estimates, belonging to one of these communities could save neighbors at least 30% on their electricity bills.

“Actually, Zaragoza, in what has to do with the energy transformation of cities towards cleaner energies, is being a pioneer with these three legs. We don’t have a model to look at and that has a lot to do with being part of the mission of the 100 climate-neutral cities. We are being the innovation laboratory for the city model of the future. And innovation always involves risk and is also more fun,” jokes the municipal manager.

Looking ahead to the next few years and backwards, Chueca believes that the city had some stellar moments with the Expo in 2008, but since then and until 2019 “it had fallen into oblivion, investment in Zaragoza had stopped and we hardly heard of it painting much”.

“I think we have managed to turn it around, we have attracted investment from private companies and we have been able to innovate and generate interesting projects,” he argues. “And that the eyes of Europe and other cities in Spain are once again on Zaragoza to mark the path of what the cities of the future have to be,” he concludes.

Facebook
Twitter
Pinterest
WhatsApp
Email
Suscríbete a nuestro boletín
Artículo anterior
Patricia Esteban Erlés: “I like that readers are left searching in themselves for the answers to the questions posed by an ending that is not entirely closed”
Artículo siguiente
Bernal: “I don’t know if it’s because of the Ebro water, but there has always been a big comic market in Zaragoza”