The Horizon Europe program will invest an initial 360 million euros, while the European Commission is already working on mobilizing more capital for a project that will improve citizens' quality of life 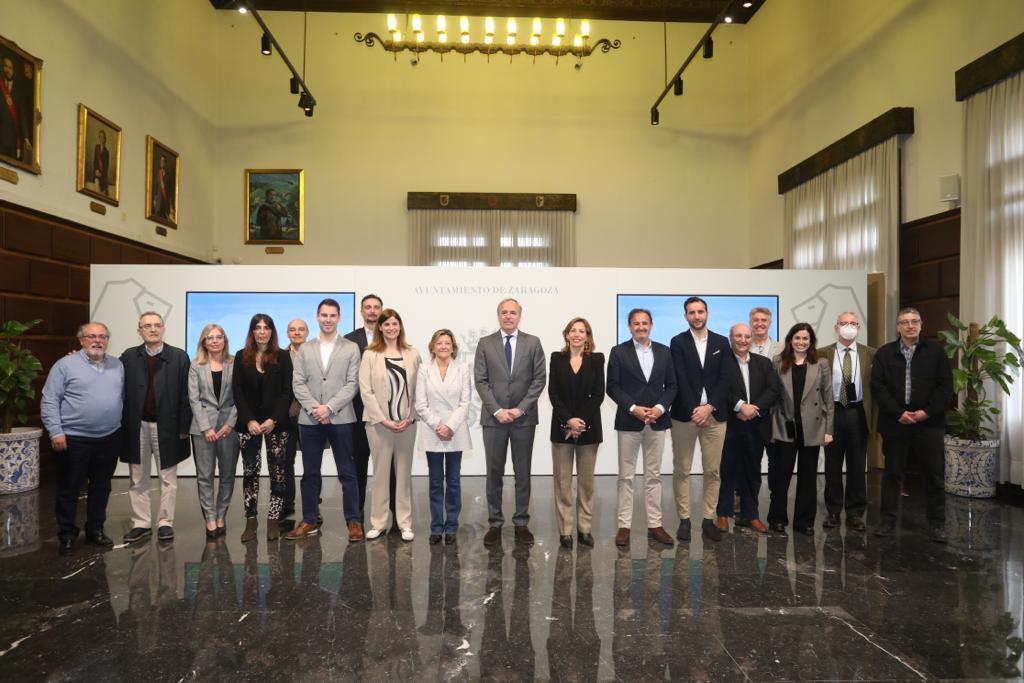 The election of Zaragoza’s candidacy by the European Commission as one of the winners of the project ‘Mission 100 Climate Neutral Cities for 2030: By and For the Citizens’ represents the greatest opportunity and the greatest incentive in recent years to turn the Aragonese capital into an international benchmark in the fight against climate change, improve the quality of life of its citizens and consolidate itself as a focus of attraction and investment in sustainability and innovation.
The inclusion of Zaragoza in this project, linked to the Horizon Europe program, opens the doors to new European funds and financing channels under favorable conditions to achieve the objective of emission neutrality by 2030, following the action plan that the Aragonese capital presented to the European organization on January 31.
The initiative is part of the Horizon Europe program, which provides for an initial investment of 360 million euros in research and innovation actions linked to the Mission in the period 2021-23. This is a first funding package, but the European Commission is already working to mobilize additional public and private funding. In a first estimate, the European body calculates that, in order to achieve the Mission’s emissions neutrality objective, an investment per inhabitant of around 10,000 euros is needed, 85% of which should come from the private sector.
The Mayor of Zaragoza, Jorge Azcón, underlined the value of the appointment, which will result in the city becoming a great beacon of innovation. “Thanks to the work of many people, we have managed to make Zaragoza a city that the European Commission has noticed; a city that it wants to get to know in depth, but above all one that it wants (along with 100 others) to finance projects aimed at reducing emissions in order to replicate them in the rest of the European cities“, he said.
The Aragonese capital, which competed with almost 400 European municipalities, has now become a center of experimentation and innovation of reference.
a center of experimentation and innovation to guide the rest of European cities. This has been possible thanks to a powerful candidacy, in the preparation of which the Circe Foundation participated, which showed the European Commission the investment made in recent years and the sustainable mobility, energy efficiency and circular economy projects set as a roadmap for the coming years.

Support from the social and business fabric

For this project, the European Commission was looking for cities with at least 50,000 inhabitants, with great ambition when seeking climate neutrality and with an active profile in promoting diversity and the inclusion of groups, companies, universities and citizens. Three conditions that fit Zaragoza as the fifth city in Spain, with an ambitious roadmap in policies to fight climate change and with a firm commitment to a governance model based on partnerships with the social and economic fabric for the implementation of projects and public-private collaboration.
An example of this spirit of collaboration are the almost 120 letters of support sent to the City Council of Zaragoza showing their support from companies (such as BSH, CAF, ENDEF, FCC, Pikolin, Samca and Stellantis), financial institutions such as Ibercaja and Caja Rural de Aragón, the University of Zaragoza and San Jorge, Circe Foundation, Hydrogen Foundation of Aragon, AENA, the Chamber of Commerce, Industry and Services of Zaragoza, cepyme, the Automotive Cluster of Aragon and the Energy Cluster of Aragon, Aenor, the Official College of Technical Engineers, the Red Cross or the Consumers Union of Aragon, among many others.
“This success would not be possible without the strong support we have received from all these entities, companies, groups and citizens, who have understood that this is a commitment in which we are all involved and that will turn Zaragoza into a European beacon in the fight against climate change”, underlined the Mayor of Zaragoza, Jorge Azcón.

The cherry ‘made in’ Aragon, leader in the Spanish market

Necrotourism in Aragon: cemeteries to enjoy artistic and historical heritage