7 restaurants in Teruel to taste flavors such as truffles, ham or saffron

Avant-garde, traditional, Michelin-starred… the restaurants in the province of Teruel offer diners a wide variety to enjoy a good meal. Not in vain, many of the best gastronomic products of Aragon come from there, and these establishments work with them to elaborate careful and tasty dishes.

We would like to propose a journey through the gastronomy of the province of Teruel through some of the restaurants in Teruel. In them you can enjoy products such as Teruel PDO ham, truffles, saffron and other delicacies that star in many of the dishes of the cuisine of the area. Sit down at the table because we are starting now.

In Yain they work mainly with local products, that is why it is one of the greatest exponents of Teruel in the so-called market cuisine. Among its specialties highlights the cod, which is prepared in up to four different elaborations. And if you prefer meat, don’t miss the pluma de ibérico de Teruel roasted at low temperature or the shoulder of ternasco de Aragón. One of its managers, Raúl Igual, has won several awards as sommelier, including the best of Spain in 2010, so it is almost mandatory to take a look at the wine list.

This restaurant opened its doors in July 2020 and in a few months has become one of the mandatory stops for those visiting Albarracín. Its small and coquettish dining room, decorated with great care, is an ideal place to enjoy dishes such as creamy baked potato, octopus and smoked duck, deer steak tartare from the Montes Universales or Albarracín cheesecake with thyme ice cream.

This restaurant is committed to what they call “playful cuisine”, which combines passion, effort and fun to bring the urban spirit to the kitchen. With this idea, they open the doors to the most experimental and eclectic cuisine, with the incorporation of new techniques. One of their specialties is Balfegó bluefin tuna, one of the best in the world, which they cook in Andalusian, Japanese, stewed, pickled or with jerky.

In the heart of Matarraña we find this hotel whose restaurant also gives special importance to seasonal produce. This is demonstrated with dishes such as peach, tomato and vegetable gazpacho with shavings of beef jerky and black olive ice cream, or the Balfegó bluefin tuna tartar prepared on the spot.

Special mention should be made of its impressive glassed-in lounge which, like the rest of the hotel, is part of the structure of a 17th-century church. 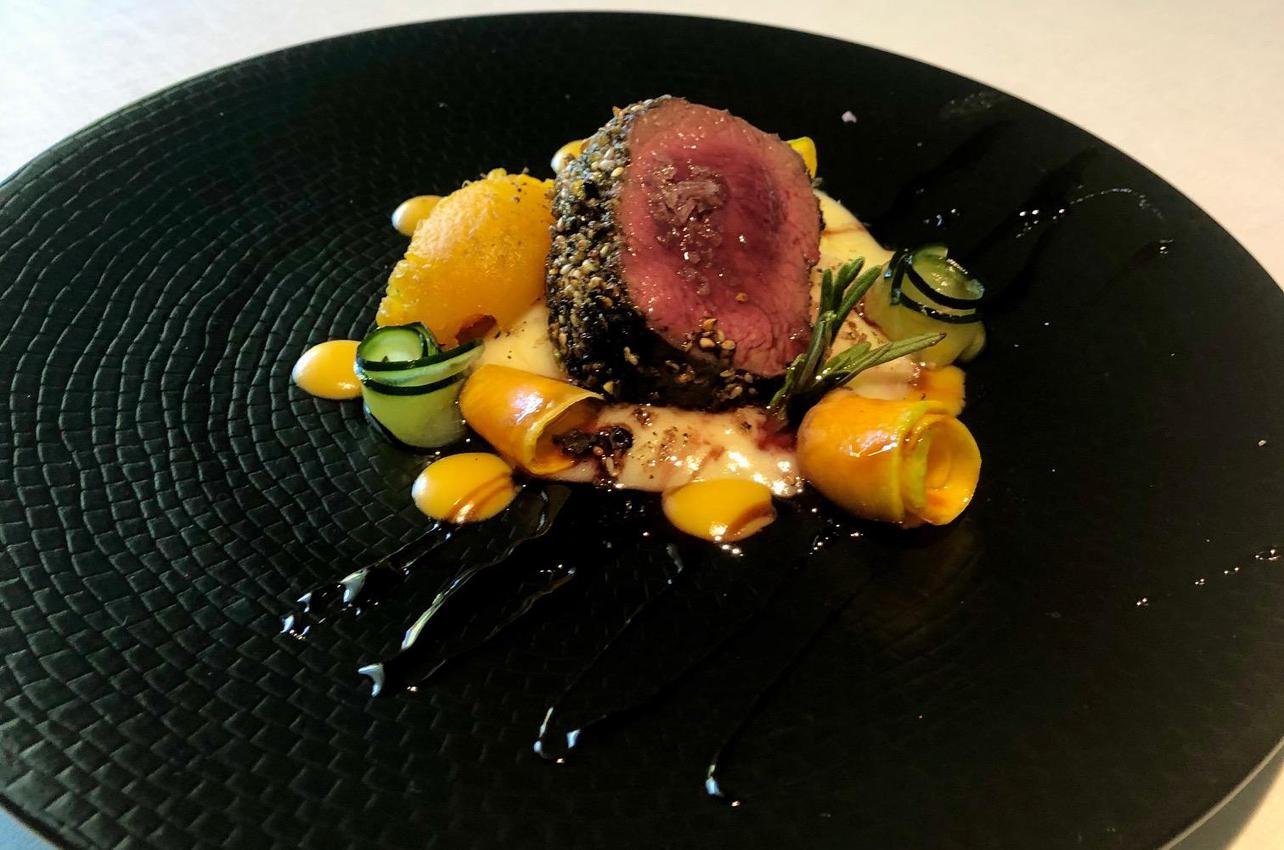 It is the only Michelin-starred restaurant in Teruel. El Batán is located in a village of 68 inhabitants, accustomed to receive every day diners who want to experience the creative and modern cuisine proposed by the establishment, located in an inn. Its menu gives prominence to products of the province such as fresh truffles, ham or saffron, presented in different textures and trompe l’oeil that play with the visitor. If you also feel like doing it, you can choose between two menu options, one traditionally inspired and the other more experimental.

See all Michelin-starred restaurants in Aragon 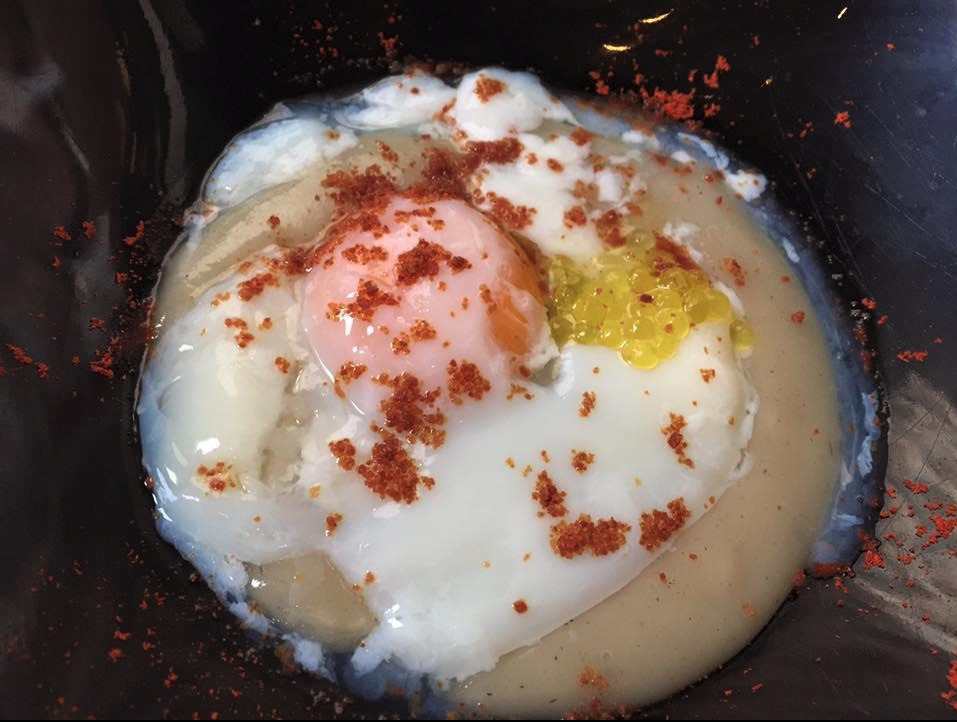 Another restaurant located next to a hotel, La Fondica proposes the recovery of classic flavors and recipes from a modern point of view, reinterpreting traditional dishes.

Its menu changes according to the season, so that the seasonal product is the protagonist. It is difficult to decide between such a succulent offer, but we can recommend the shepherd’s crumbs with egg in two cookings, natural fruit and truffle or the secret of Teruel pork marinated in local herbs and roasted. 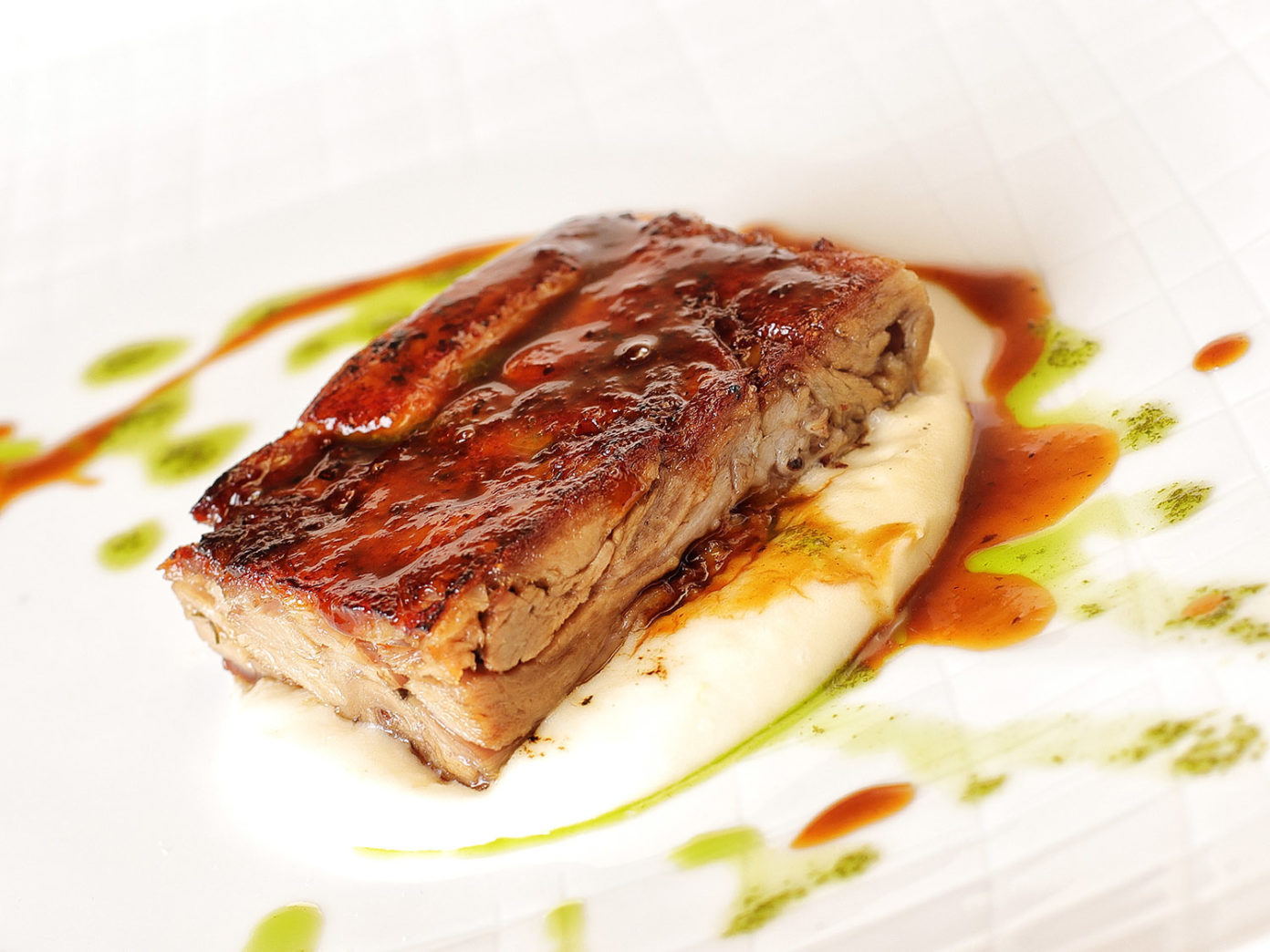 Another classic of the cuisine of Teruel, although in their kitchens they flee precisely from classicism, betting on a modern culinary offer based on fresh produce. One of its specialties is the Ternasco de Aragón leg taco. In addition, to increase its gastronomic offer, in 2016 the gastrotaberna Locavore arrived, attached to the restaurant, which also has a quiet terrace in the center of the city. Both establishments, located behind the Mausoleum of the Lovers, make up one of the most interesting culinary proposals in the capital of Teruel.

Did you like the restaurants in Teruel? Get to know the Aragonese gastronomy in depth.

Facebook
Twitter
Pinterest
WhatsApp
Email
Suscríbete a nuestro boletín
Artículo anterior6 museums in Huesca not to be missed
Artículo siguienteInterview to Javier Sierra: “If I had been born in a land without myths, I probably would have dedicated myself to plumbing”