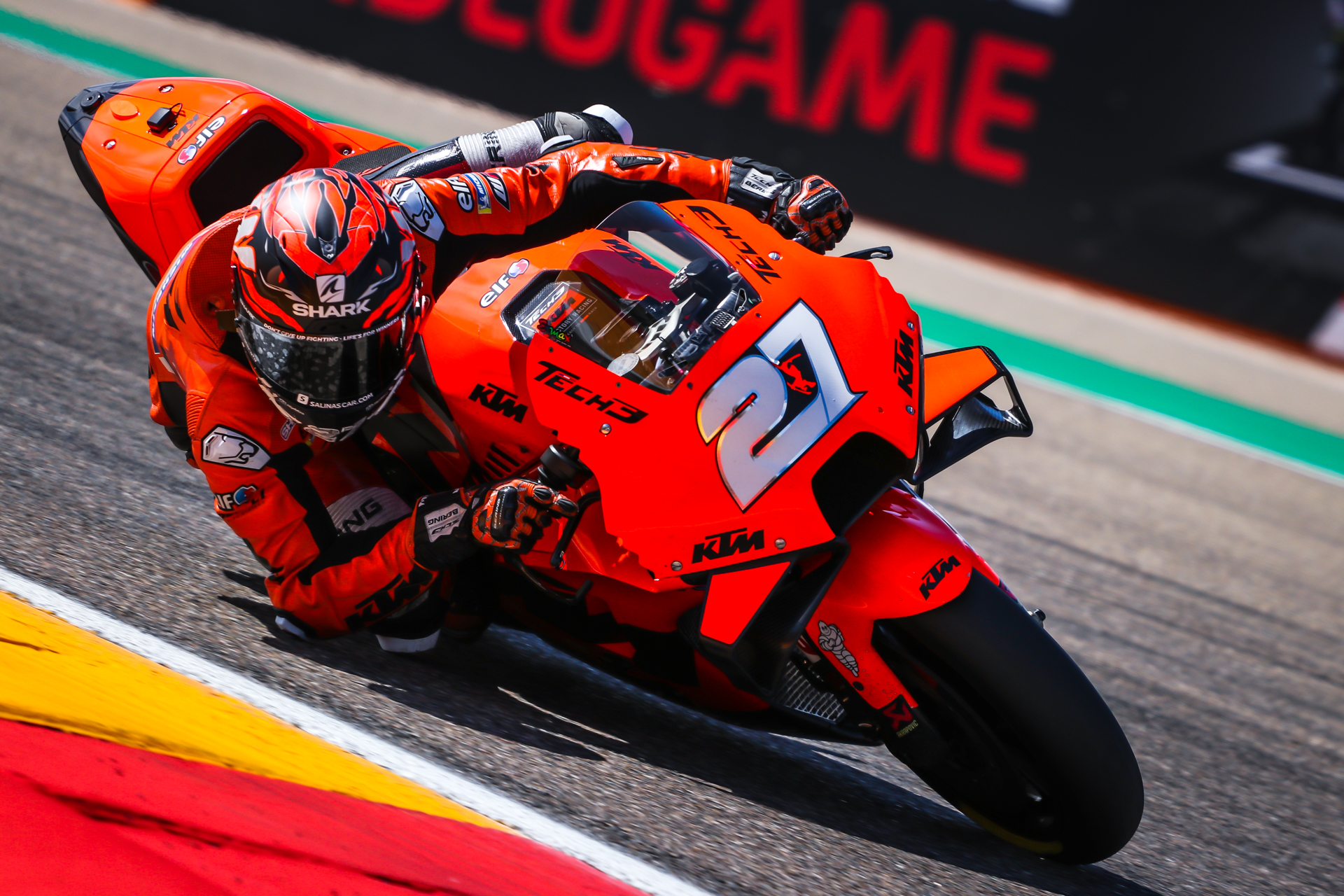 Motorland Aragón will continue to host the Moto GP Grand Prix circuit until 2026
The president of Motorland, Arturo Aliaga, and the CEO of Dorna, Carmelo Ezpeleta, ratify the commitment of both parties for the Alcañiz circuit to host the motorcycle Grand Prix during 2022-2026.

The agreement signed with Dorna Sports, represented by its CEO Carmelo Ezpeleta, ensures the celebration of a minimum of three Grand Prix for five years. Thus, the celebration of the Aragon Grand Prix of MotoGP™ is assured this season 2022 and will take place on September 16, 17 and 18 at the Aragonese circuit, while thereafter it could alternate with other circuits of the peninsula until 2026, the last year of the contract, but always maintaining a minimum of three editions in the period from 2022 to 2026.

The signature of the vice-president of Aragón and president of Motorland and the CEO of Dorna Sports S.L. means the extension of the current FIM Road Racing World Championship Gran Prix special sports contract that was signed in September 2016.
For the president of Motorland, Arturo Aliaga, “this signature is an unequivocal sign of the commitment of the Government of Aragon for the Alcañiz circuit. We cannot forget that this is a circuit that enjoys great international prestige and extensive experience in the organization of this type of events. And we must go further, because the celebration of these Grand Prix has an important repercussion, it means an enormous boost both in the territory and in the economic activity and projects the image of Aragon all over the world”. 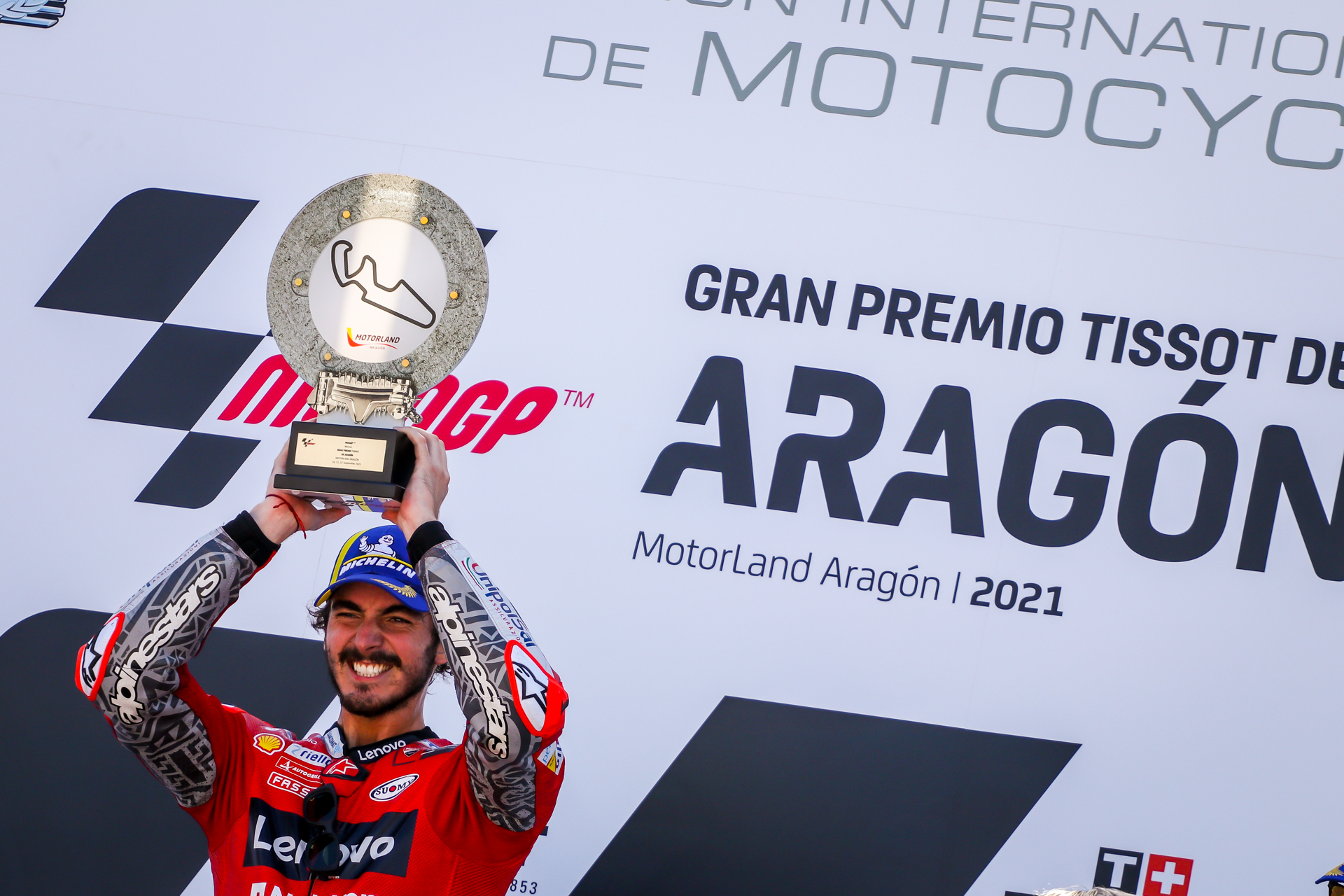 For Aliaga, “this signature ensures that Aragón is on the calendar and on the Moto GP map until 2026. It is an agreement based on trust since the circuit hosted the first Grand Prix. Aragon appears at the level of the Spanish national team in the advertising of events as widely followed as last weekend’s tennis match”.
In 2022, the commitments are 8 million euros, to be increased by 3% for the two remaining prizes. An expenditure of 24 million euros is committed. The Chamber of Commerce studies show that the impact of each Grand Prix is at least 30 million euros, to which must be added the media impact of advertising in television broadcasts.
Dorna’s CEO, Carmelo Ezpeleta, stressed that this agreement is the result of the relationship that exists between the Government of Aragón and Dorna. “We are delighted to be in Aragón. In the two very difficult years we have gone through, the presence of Aragón and its help to make the two grand prix of 2020 and the grand prix of 2021, has been very important to be able to move forward.” Regarding the continuity of this contract, Ezpeleta highlighted “we will be in Aragón for as long as Aragón wants. We would like to be in Aragón always”.
The renewal of the contract is formalized for the period 2022-2026. It ratifies the celebration of three Aragon Grand Prix at the Motorland circuit. During each year that this event is held, an institutional advertising curve and a promotional video of Aragón will be included in the international television signal, with the aim of promoting the “Aragón” brand in its networks, on the Motor GP website, and also being present in the virtual advertising during the retransmission.

Gastronomy, culture and tourism united in the II Ruta de la Tapa Mudéjar, from June 3 to 12