Zaragoza is the only Roman city with the privilege of bearing the full name of its founder Caesar Augustus. The streets of the historic center will allow you to trace the route of the Romans in a perfect itinerary of museums. The Roman Forum Museum reconstructs the nerve center of the ancient city and relives the past in a very entertaining way. 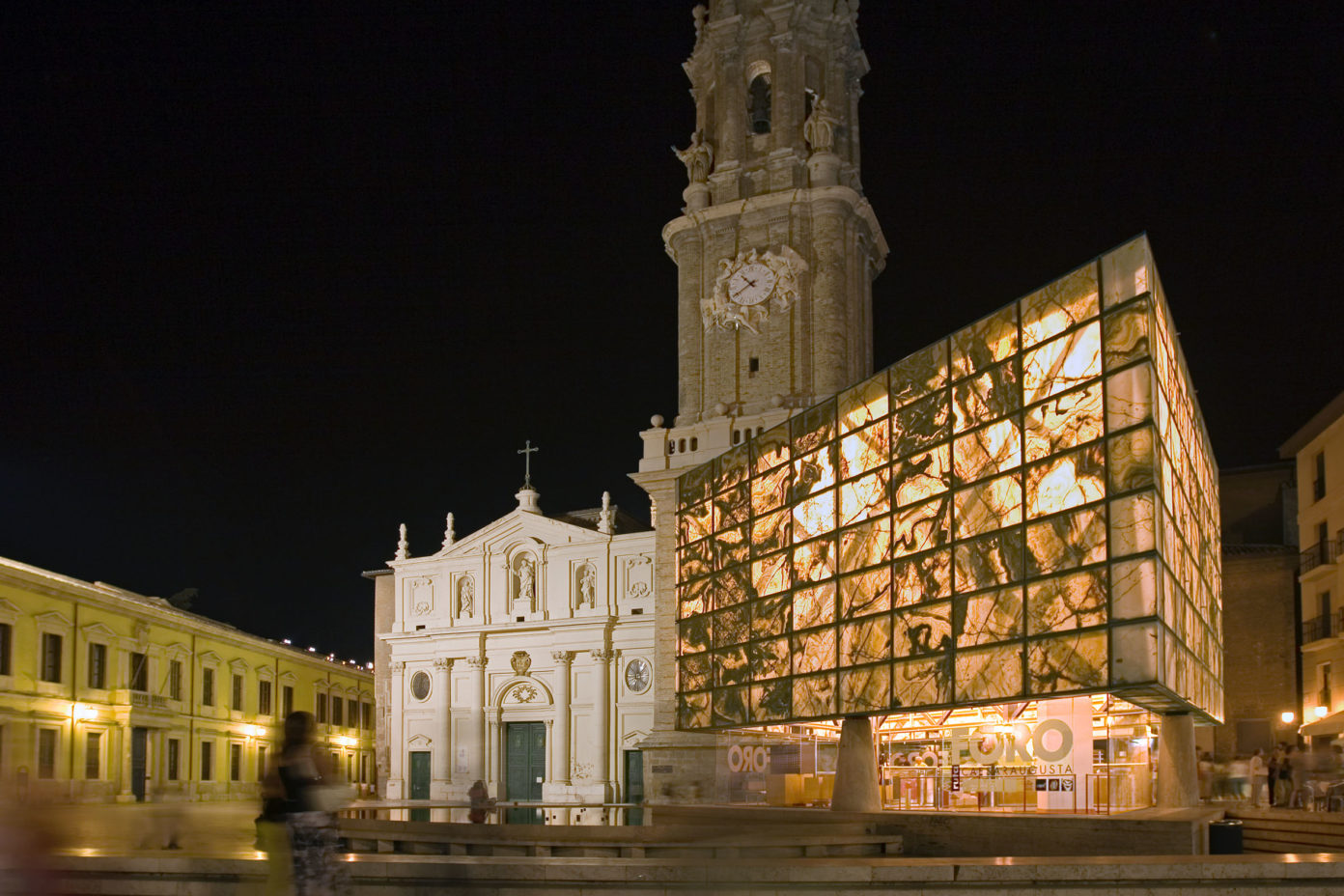 Zaragoza is the only Roman city that had the privilege of bearing the full name of the Emperor Caesar Augustus and received the rank of immune colony of Roman citizens. Its vestiges of the imperial era are a treasure and are collected in a route of museums that can be done on foot: Museum of the Forum, Museum of the River Port, Museum of the Public Baths, Museum of the Theater (the best preserved). It is a historical but very didactic route, perfect for the whole family. A journey through time to know the political center and the most emblematic buildings.

Located under the alabaster cube of the central Plaza de la Seo, the Forum Museum is visible from any point of the Plaza del Pilar. It houses in its original location the archaeological remains found in the excavations carried out during the years 1988-1991. The chronology of the architectural structures ranges from the foundational period of the Roman city to the time of Augustus at the end of the first century B.C. and culminated by Tiberius in the first decades of the first century. 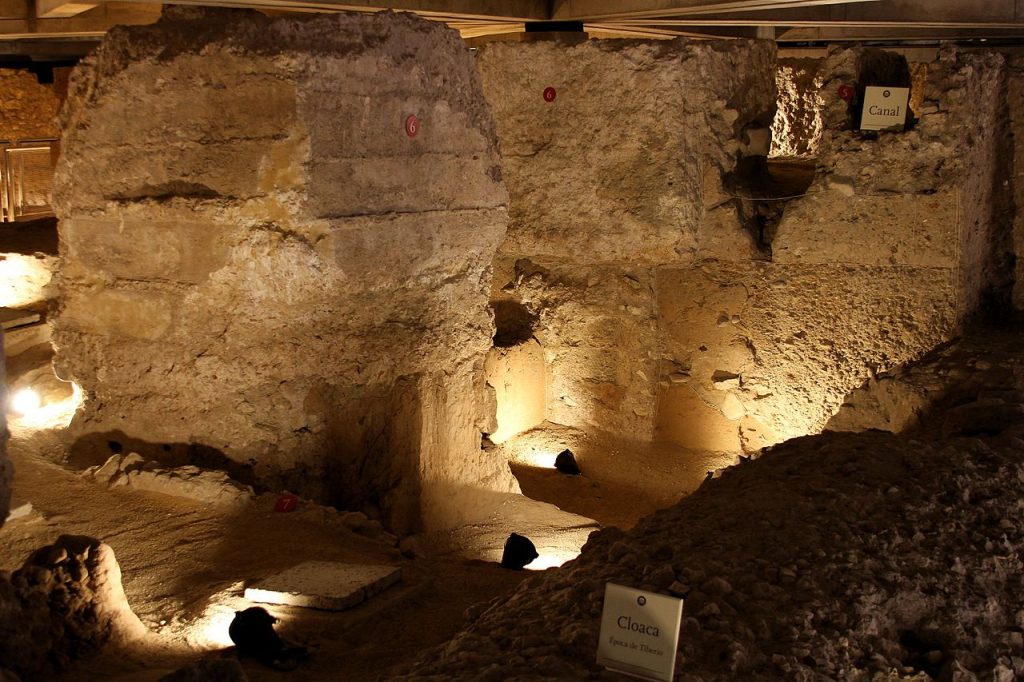 The Forum Museum allows visitors to enter the interior of the city and learn about the way of life in the nerve center of the ancient Caesar Augusta. In fact, this Roman forum is doubly special because of its strategic location. Instead of being at the crossroads of the two main roads of the city (the cardo and the decumanus), as was usual in Roman urban planning, it was located very close to the Ebro River. Hence the importance of the riverbed as a commercial and hustle and bustle point.

The Ebro, witness of the city’s history

The museum has two levels: the basement and the mezzanine. In the basement, you can enjoy an audiovisual projection in which the Ebro River narrates in first person the different historical events it has witnessed. Such as the arrival of the Romans to the city, the first huts erected on the banks of the Ebro or the Iberian Salduie, among others. In addition, an inhabitant of Caesaraugusta will come back to life to recall his experiences of the time. A perfect testimony to travel back centuries and be part of Roman life.
In addition, on this level of the museum you will find a permanent exhibition consisting of a series of models that represent how the forum was in Roman times and 9 showcases in which ceramic remains from the time of Caesaraugusta found during the excavations of the forum are exposed. Among them, the fragments of lead pipes from the Roman period, corresponding to a section of 26 meters of piping to a central fountain, stand out. Visit the interior of the great sewer of Tiberius

An important point not to be missed in the basement of the museum is the great sewer built in the time of Emperor Tiberius. It was used for the evacuation of the city’s sewage, transporting it to the Ebro River. Through this channel circulated the water poured from the baths (both public and private), from the fountains, cleaning or irrigation of gardens and orchards. If you look closely, on its walls you can still see the marks left by the planks of the construction system used. 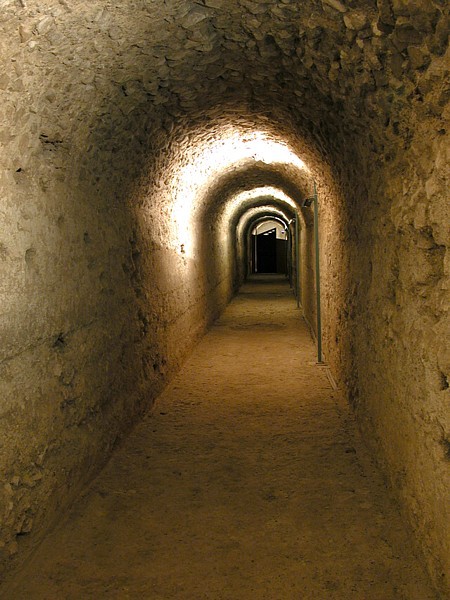 Archaeological remains of the Forum and the Market

On the mezzanine floor of the museum, various archaeological remains are still preserved in situ. Proof of this are the remains of the square and porticoes of the great forum from the time of Emperor Tiberius. In this place, you can also observe the layout of the two sewers, the drainage channel and the foundation footings of the porticoes. Several explanatory panels will let you know how the city government was and will show you a representation of commercial premises of the time.

Facebook
Twitter
Pinterest
WhatsApp
Email
Suscríbete a nuestro boletín
Artículo anteriorCastles to visit this summer in Aragon, Spain: Peracense castle (Teruel), the castle you have to visit once in your life
Artículo siguienteGet to know Ejea de los Caballeros, the historic Villa that is committed to culture