Get to know Ejea de los Caballeros, the historic Villa that is committed to culture

The capital of Cinco Villas is presented as the perfect combination of historical-cultural heritage and modernity. Ejea's strong link to water has led it to house the most impressive museum of agricultural machinery in Spain. In addition, its Center of Art and Exhibitions is called to be a cultural reference of Contemporary Art in Aragon. 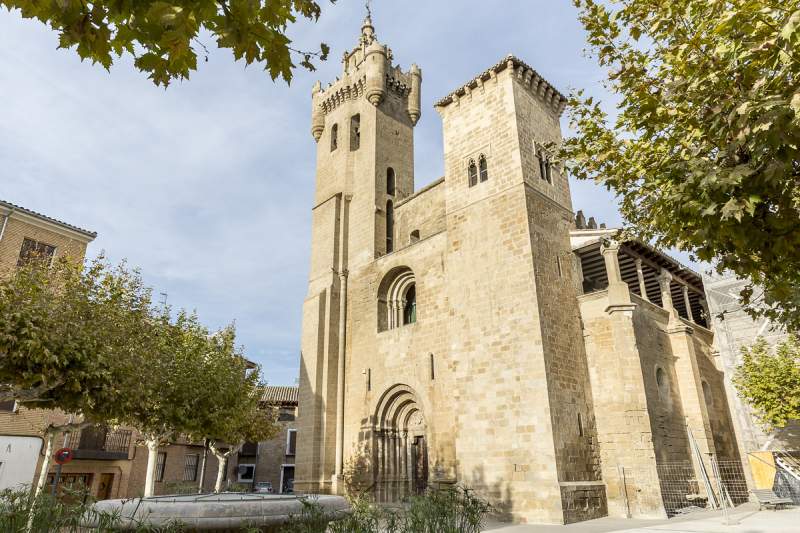 Capital and commercial center of the Cinco Villas region, Ejea de los Caballeros has established itself as a place for trade fairs, congresses and other professional events. Located in the northwest of Aragon, in the province of Zaragoza and bordering the region of Navarra, the town of Ejea combines modernity with the historical and cultural richness characteristic of the region.

From Go Aragón, we suggest places and activities that you cannot miss if you visit Ejea de los Caballeros.

Route through the churches of Ejea

The cultural heritage that the region of Cinco Villas has bequeathed in terms of monuments is very rich and varied. For this reason, we propose a route through the most spectacular churches of the city. The first is the fortress-like church of Santa María. Consecrated by the Archbishop of Zaragoza, this temple was built in the Romanesque style of the 12th century, although with features of transition to the Gothic. 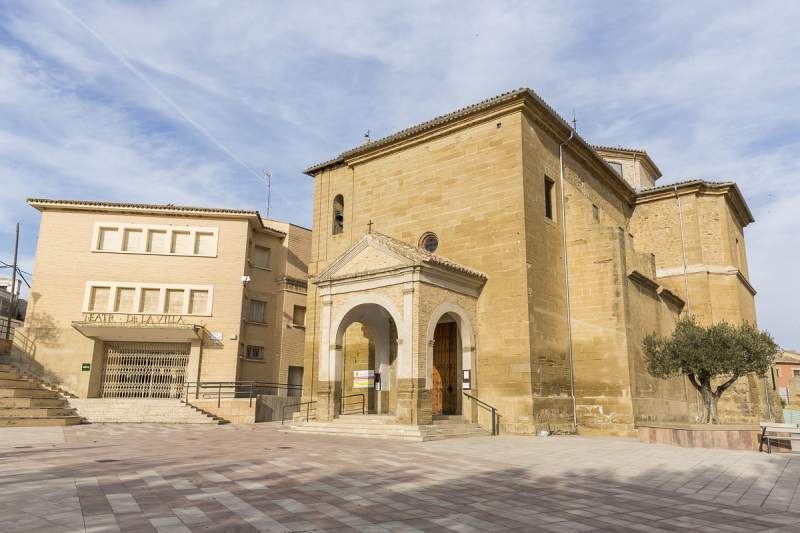 The Church of San Salvador, Romanesque of the 13th century, keeps its characteristic crenellated tower, as well as its magnificent façade. But the most curious thing resides in its interior, since the main altarpiece was a hidden treasure for almost 300 years. If you want to know the whole story, do not hesitate to visit it. In the capital there is also space for the baroque. Proof of this is the Church of Virgen de la Oliva, built in the eighteenth century, although the presence of a hermitage in the same place is already recorded in documents from the thirteenth century.

The most impressive agricultural museum in Spain is in Ejea

The largest collection of agricultural machinery in Spain is housed in the Aquagaria Museum in Ejea de los Caballeros. This exhibition was born with the aim of showing the close relationship between the town, water and the ingenuity of its inhabitants to develop impressive and innovative mechanisms. More than sixty pieces ranging from the Roman plow to the most modern technology, including spectacular machines from the late nineteenth and early twentieth centuries.
The importance of water in this municipality is evident in the history of its toponymy. The ancient name of Ejea is “Sekia”, whose origin lies in the root “sek-” and means “stream of water”. Thus, the town of Ejea has always kept a strong link with the water present in agriculture and agricultural mechanization.

There you can also visit the Casa del Colono, a “tribute to the men and women who began the process of colonization in Ejea in 1959”. And if you want to delve into the history of the town from its origins to the present day, do not hesitate to visit the innovative center La Espiral.

In this city there is also space for artistic creation. Inaugurated in 2016, the Art and Exhibition Center of Ejea is a young space that was born with the purpose of becoming a cultural reference of Contemporary Art in Aragon. Located in the narrow streets of the Old Town, you will be surprised by the contrast of the interior volume and light of the artistic and multipurpose center. In short, more than five heights of art that are committed to culture in rural areas. 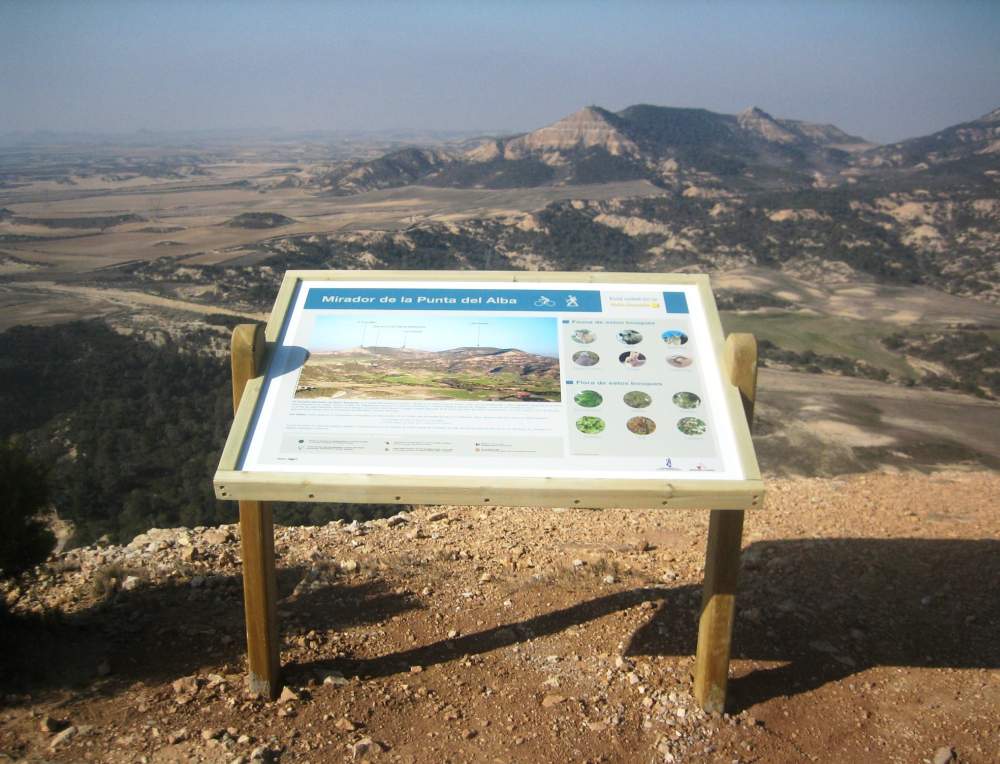 The territory where the capital of Ejea is located is of great ecological and environmental interest. The Aragonese Bardena, also known as the ‘Black Bardena’ because of the blackish color of the pine forests, is an important ecological reserve. Located between the municipalities of Ejea de los Caballeros and Tauste, its more than 10,000 hectares have different areas of vegetation and a great variety of birds. So much so that the area is considered a Special Protection Area for Birds (SPA). In the so-called “rallas” (rocky walls integrated in tabular reliefs) you can see griffon vultures, Egyptian vultures, eagle owls, peregrine falcons and red-billed choughs. If you are thinking of taking one of its routes, visit the Visitors’ Center of the Bárdena Aragonesa.

The capital of the Cinco Villas also has a wide and delicious gastronomic offer in its restaurants. You can enjoy the delicious meat, as well as the pleasant and familiar treatment of the Taberna Moreno. A good option is also the Restaurant Aragón , full of interesting suggestions with a wide variety of hot and cold starters and a wide range of meats and fish.

Ejea de los Caballeros can serve as a starting point for a route through the most magical places in the Cinco Villas region. Visit Sos del Rey Católico, one of the historical jewels of Aragón. Birthplace of King Ferdinand the Catholic and natural border between Aragon and Navarre, the town of Sos is considered one of the most beautiful villages in Spain. Even the prestigious film director Luis Berlanga chose it as the setting for his film La Vaquilla in 1985.

In this route you can not miss Uncastillo, the town that treasures one of the largest historical-artistic sites of Aragon. Discover the wealth of monuments and secrets that this town keeps inside.

And a few kilometers from Ejea de los Caballeros, Sádaba has one of the best preserved castles in Aragon and Spain. It also boasts the only Gothic church in the whole region. From this town, it is a good option to visit the Roman site of Los Bañales or take a dip in the natural landscape of Valdelafuén, just 2 km from the village.

Route through the most magical places of Cinco Villas

Get to know Sos del Rey Católico, one of the historical jewels of Aragón.

6 Aragonese oils that have nothing to envy to Italian oils