Carmen Herrarte: “We do not believe in the effectiveness of direct aid, but in programs with a multiplier effect” 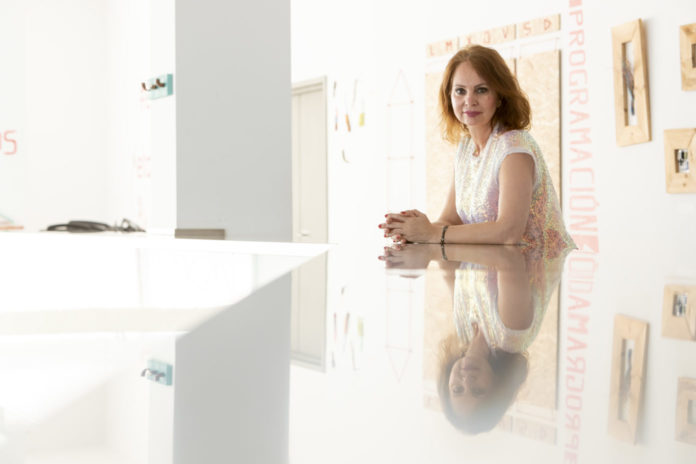 As councilwoman of Economy, Innovation and Employment of the City Council of Zaragoza, Carmen Herrarte, has wanted to serve as a gasoline to revitalize local commerce and hospitality through digitization. Before being councilwoman of Herrarte, she was director of T-ZIR, a center for innovation applied to retail. Her previous experience, knowledge of private enterprise and support to start ups are being key to digitize traditional trade.

How are you contributing to the digitalization of Zaragoza?

The big retailers have had this channel to interact and communicate with their customers developed for a long time and yet there is a big gap with digital in local businesses. Zaragoza is a city that lives from the self-employed and SMEs and they are the only ones that generate value, wealth, employment and identity in a city. The administration does not create value, it redistributes it. Small businesses were disconnected from the world. Any main street in any city in the world is practically the same and if we did not have our local commerce and hospitality industry, all cities would be the same. The service sector is the great tourism magnet we have at the moment, because today’s tourists are not passive Japanese taking pictures of buildings: they want to enter the Central Market, interact, talk… it is key that they can have the tools that the big retailers have.

What is being done concretely?

If we look at the consumer trend, the use of ecommerce in retail is growing at double digits. As an Administration we are obliged to accompany them in this digitalization phase and in no case are we talking about making a web page. We have digitized the Central Market in the middle of the pandemic, which has been a very important bet and that applies directly to the income statement of our retailers. There are generations that never go to the market because they do not have time and this measure has served to expand this public. We have also introduced aid for commercial innovation, which replaces the model of giving money directly for complete actions such as creating a web page. In this way, we have managed to get them to apply to important models with grants ranging from 30,000 to 75,000 euros. From this has come MyBidMarket, which is the marketplace of Zaragoza Centro, the digitalization of the Mercado de las Delicias, the installation of local market lookers in the center of Zaragoza. We ask that the associations present themselves with a technological partner that guarantees the viability of the project. These are the projects that are worthwhile and transformative. It is very difficult to differentiate yourself today, we do believe in local marketplaces like MyBitMarket, Zerca! or Mi Zesta.

Is there a global plan?

We have just approved a Commerce and Hospitality Plan in which digitalization is very relevant. Zaragoza has 11 open shopping malls, each with its own identity. We have to promote them a lot, but we are also working to sensor this public space to have a scorecard that allows us to know what is happening. Over time, the tool will provide predictions. We realize that businesses do not even realize that they need this for day-to-day decision making. This year we intend to sensor Zaragoza Centro and Delicias. In addition to being able to make decisions, the tool will naturally allow them to start working together, which is very important.

This joint work has already started in some way with Volveremos.

We started last year with Volveremos 2020 and now we have launched Volveremos 2021. The great success and the key, apart from the numbers since we managed to derive great sales to our local commerce, was that the people of Zaragoza understood local commerce as a single unit. This year’s objective is not to derive massive sales, it is to encourage consumption on off-peak days because merchants and hoteliers have asked us to do so. And the important thing is that they interact solely and exclusively with an app, something that we were told was impossible when we started this project.

Has usability been improved compared to the first campaign?

The platform was not stable and we have improved it. We had to train the merchants and they had a wild resistance to the technology. The work of the Chamber of Commerce in training was very good. This year we have simplified the interaction more, improved the usability and stabilized the platform. Last year there were days when we generated 1,000 euros of credit every minute; it was much more than what the app was designed for. In addition, this year we can segment by day, by sector, by discount percentage, geographically… we have unlimited segmentation possibilities that we will be using to create surgical campaigns that companies can come up with.

Is the intention to segment so much?

The objective is to have a great proposal on Wednesdays in a global way and to have the possibility of making very segmented campaigns and to raise money from the private initiative to be able to make a great campaign at Christmas. On Wednesdays we have already moved more than 1 million euros and we have generated 166,000 euros of credit. It is very successful, but we need to raise money from the private sector.

Do you have any offers?

We have not been able to start working yet, but the Chamber of Commerce will begin to attract sponsors for Volveremos in mid-June. Endesa came forward with 100,000 euros last year and we hope that many large companies will follow suit.

Why should they do it?

It is the best possible support. A consumption incentive program has a very powerful multiplier effect. With Volveremos 2020, more than 6 million euros in sales were moved. The key is that the city council puts in the gas, the citizen spends, the commerce sells a lot more. It is a win-win. We do not believe in the effectiveness of direct aid, but in programs with a multiplier effect.

The initiative has aroused great interest on the national scene.

Yes, from many municipalities. We have been in contact with the city councils of Madrid, Seville, Valladolid, Badalona, Teruel, San Lorenzo del Escorial… they are very interested in the formulation, we are the first in Spain to carry out a consumption incentive project that has a multiplier effect. Cintora’s TVE program on TVE highlighted this project because we are pioneers.

How is it reverting to the Zaragoza brand?

We have not been able to present the project but we are interested in writing a success story. Now we are working on exporting the idea and helping the rest of the city councils of all colors in the world that want to implement it. More than focusing on making it profitable for the image of the city council, we are focused on helping. But we do not rule out getting down to work.

It is not only profitable for the city council, can the city benefit as a pole of attraction for companies or entrepreneurs by this type of initiatives?

Exactly. We are very committed in the area to work on the brand positioning of Zaragoza at a national level. We have launched a pilot program in more than 40 businesses with an air quality seal (CHS Seal), and we are pioneers in Spain as well. The key is not only to help them buy CO2 meters, the key is that they do a consultancy to explain how to ventilate your establishment, they are monitored in real time with a local start up of internet of things and that they send you alerts if the CO2 level rises. If they comply, they will have the seal of the Health Research Institute of Aragon (ISS Aragon) on the door, not just any company. This is also digitalization. From Zaragoza we are doing a lot of things in which we are pioneers at national level.

Is Zaragoza a city for entrepreneurship?

We are especially pushing technology-based projects. The reality of things is that our capacity for growth is based on the new economy. From our accelerators La Terminal and Ciem we are making a very strong effort. Also in Zaragoza Activa, although there the entrepreneurs are not necessarily technology-based.

Do you avoid a talent drain?

It is complicated. What we have clearly diagnosed is that we have not found the solution, it is something that happens because of fiscal issues that are not the responsibility of the City Council, but of the Government of Aragon. We have seen that we are very good at helping companies until they have the minimum viable product, when they commercialize… but when they start to scale up, they go to Madrid. This is so because fiscally we are not helping them at all, but it does not depend on the city council. We cannot compete with the fiscal treatment that Madrid has specifically. Before they used to go to the Basque Country or Navarra and now they all go there when they look a bit bigger.

Is it only a fiscal problem or also a problem of opportunities?

Also of opportunities. We have to work to make Zaragoza more attractive. We are working on a project to retain those companies that become big and want to leave. We are studying whether we can accommodate them for a little longer when they reach the scaling-up stage, so that they can maintain a housing advantage that makes them think about staying in Zaragoza.

How are you promoting employment?

We are working to promote the senior profile. We denounce that the greatest employment discrimination in Spain is due to age and from the City Council of Zaragoza we are working from the accelerators to recover that senior talent from 55 years of age. We want to focus the action in this sector with a project that is going slowly, we would like it to be faster, introducing the figure of the senior as an advisor in entrepreneurship programs and if they are interested in the start ups can stay with some role inside and so they can return to the arena. It is something that does not appear anywhere and it is clear that professionals over 55 years of age are discriminated against.

What about young people?

The data speak for themselves, but young people and women are being talked about. And seniors are not being given opportunities, not even as poorly paid as young people.

Facebook
Twitter
Pinterest
WhatsApp
Email
Suscríbete a nuestro boletín
Artículo anterior5 things you didn’t know about the Cathedral of La Seo de Zaragoza
Artículo siguienteNacho Lamar: “I have passed the level of young designer and I will try to go to Madrid Fashion Week”

7 plans not to be missed this summer