The request is made through the Recovery, Transformation and Resilience Plan call to further increase the fleet of environmentally friendly vehicles and launch a service that would replace Bizi once its contract expires, almost doubling the number of stations and bicycles available today. 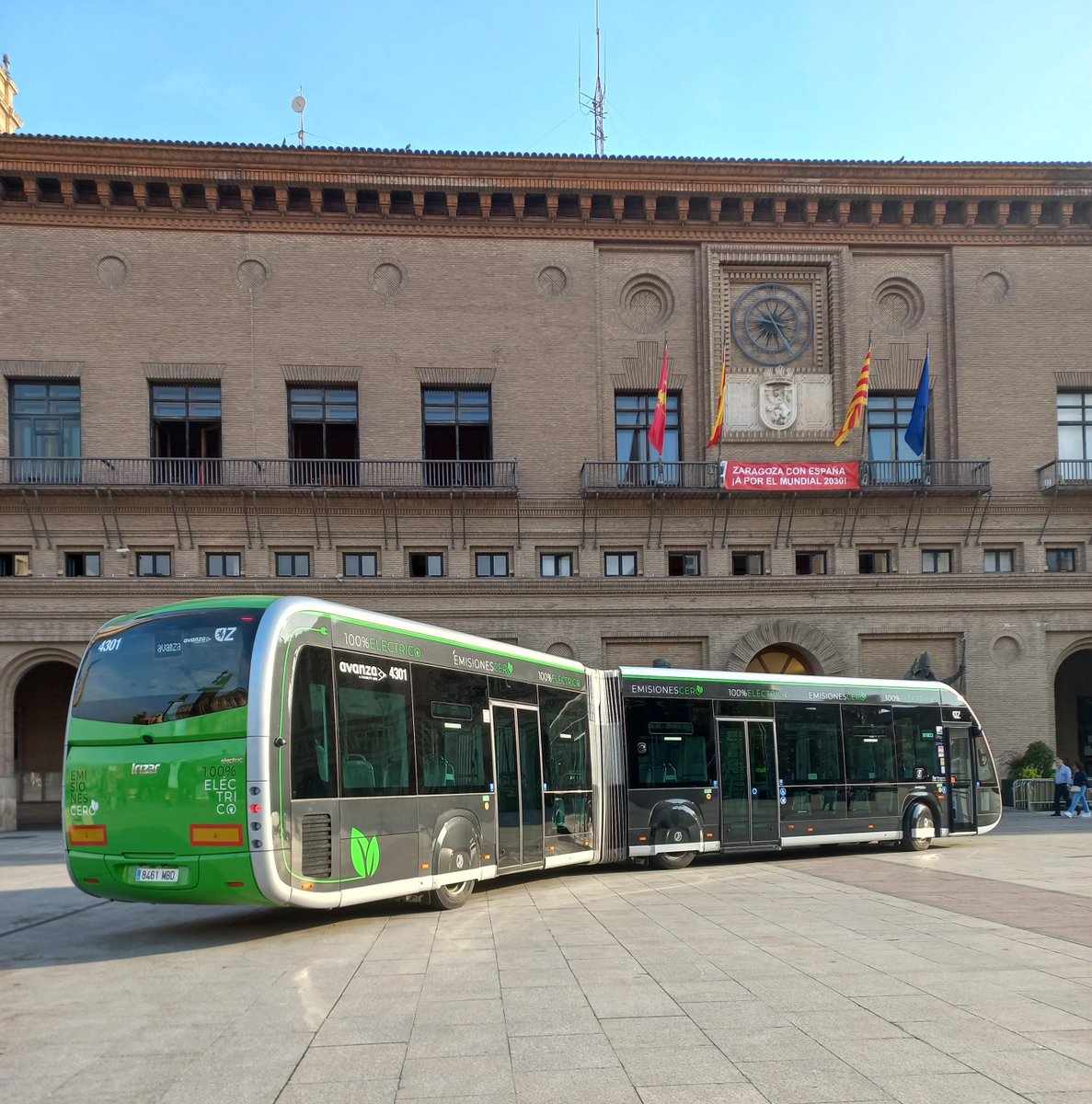 The Government of Zaragoza has reaffirmed, in the meeting held today, its commitment to the electrification of the urban bus network, with the approval of a new application for European aid that would allow the acquisition of 40 100% electric buses that would be added to the other 68 for which grants had already been obtained and that will be incorporated into the service in the coming months. 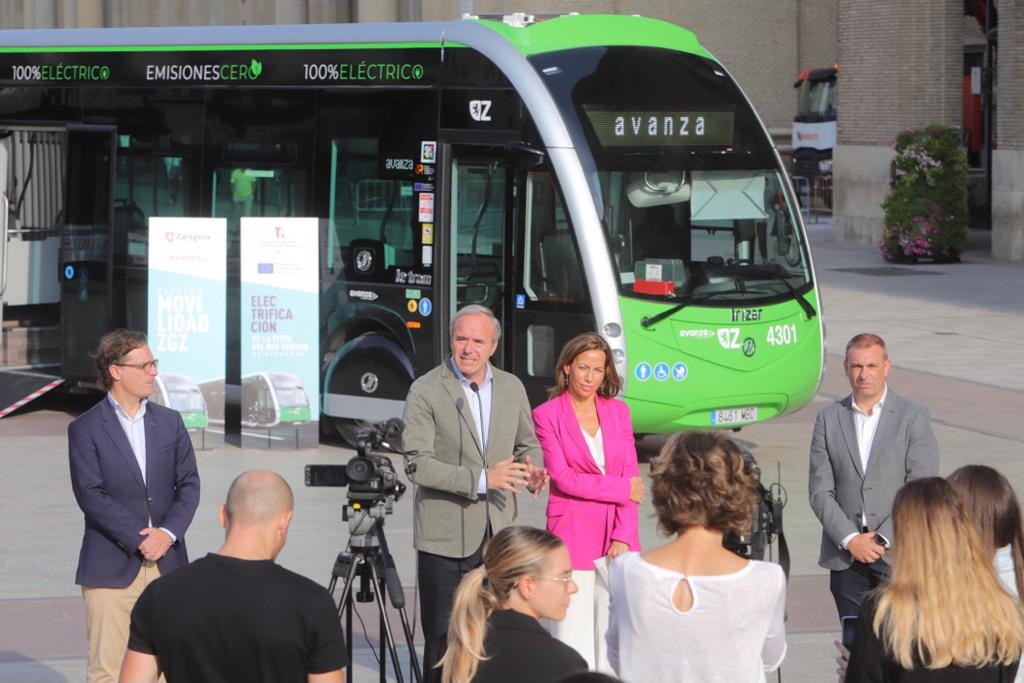 In the new call of the aid program within the framework of the Recovery, Transformation and Resilience Plan, financed by the European Union-Next Generation, corresponding to the 2022 fiscal year, Zaragoza City Council will also request aid for the implementation of a new public bicycle service that would replace the current Bizi, whose contract ends in May 2023. 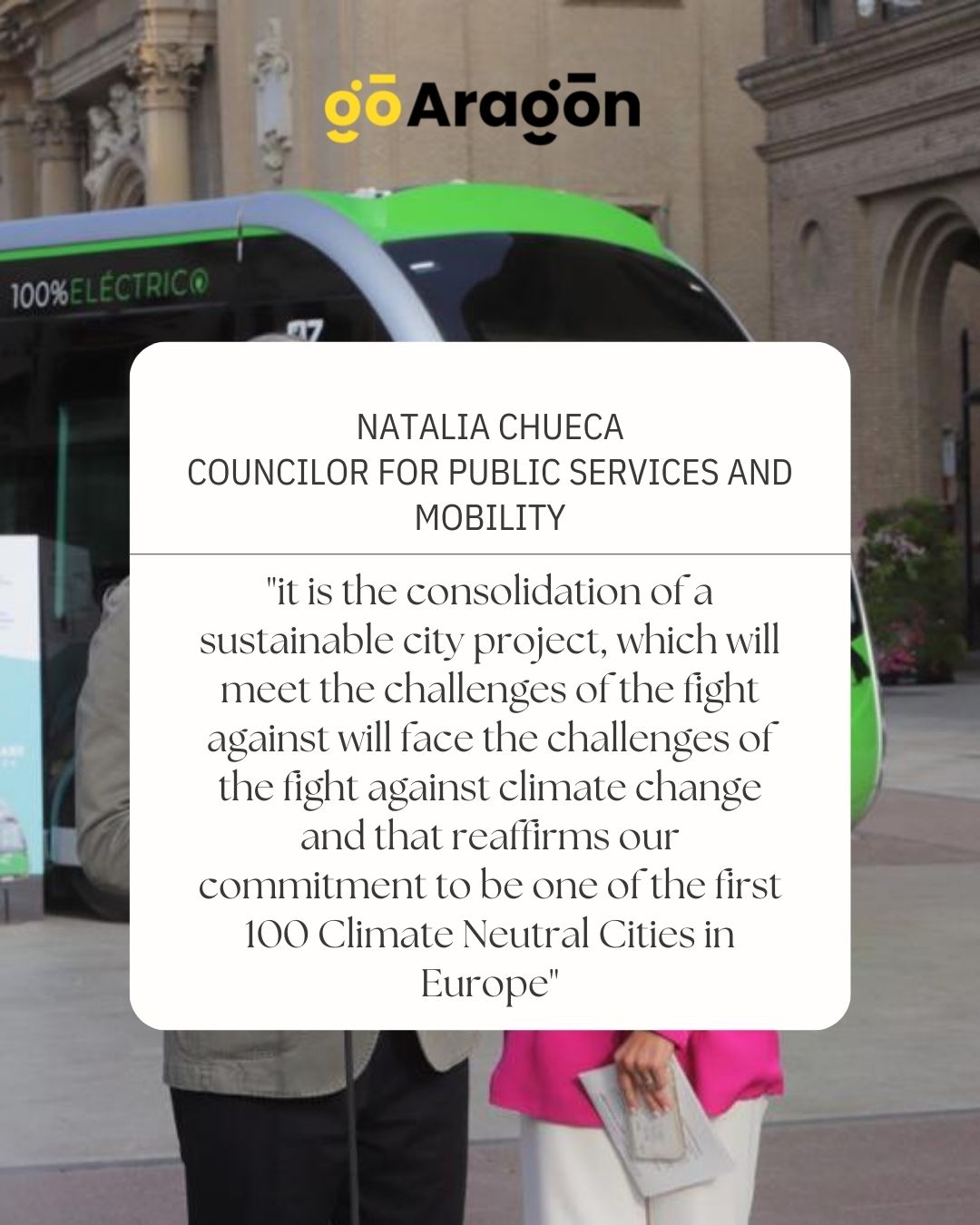 For the Councilor for Public Services and Mobility, Natalia Chueca, “this new application is again delivered in time and form, like the previous ones, demonstrating once again the capacity of Zaragoza City Council to prepare technically solvent proposals, in an advanced state of design and that meet all the characteristics required in the call for proposals”. In addition, “it is the consolidation of a sustainable city project, which will meet the challenges of the fight against will face the challenges of the fight against climate change and that reaffirms our commitment to be one of the first 100 Climate Neutral Cities in Europe”.

The aid requested foresees the acquisition of 40 100% electric buses, of which 25 would be single (12 meters) and 15 would be articulated (18 meters). In this section, 8,900,000 euros are requested, an average of 222,000 euros per bus, which would cover the difference in price of a hybrid bus compared to a 100% electric bus at the time of renewal.
If the aid is obtained, Zaragoza would have a total of 112 100% electric buses in its fleet -to the 4 that were previously in service would be added the 68 already ordered and the 40 of this new request- and 111 hybrids, out of a total fleet of 352 vehicles.

In addition, 2,994,233 million euros are also requested for the installation of the 40 chargers required in depots, whose new infrastructure already provides for the successive extensions of these terminals as the electric fleet increases. This amount represents 90% of the total cost of the invested pantographs and their complements.
Regarding the public bike, the request amounts to 6,572,918 euros, 90% of the total cost of the system (bikes and stations). To carry out the management and maintenance of the service, the City Council would tender a contract for a period of time to be determined (10 or 15 years). This contract would include the revenue obtained from user fees and advertising income that could be obtained with the bicycles and stations as support.

As will be recalled, Zaragoza already obtained 30.6 million euros in the first call for European Funds from the Recovery, Transformation and Resilience Plan managed by the Ministry of Transport, Mobility and Urban Agenda (MITMA). 14.6 million euros of the approved aid will be used for the acquisition of 68 100% electric buses, some of which are already in service in the city, and the rest will be arriving in the coming months.
Directly related to this acquisition is the adaptation of Avanza’s depots, which is necessary to have sufficient loading capacity for these new electric buses. In this case, the aid received amounts to 7.64 million euros, practically 90% of the entire investment required. These works are well advanced, so that they can provide the necessary recharging service to the new buses as they are incorporated.

Finally, the other major block of aid is for the acquisition of two new Tramway units which will be used to reinforce the service, especially at peak hours. 8.38 million euros are earmarked for this purpose, which also represents around 90% of the planned investment.