The Berliner Philharmoniker previews the best Great Concerts Season in the history of the Zaragoza Auditorium. 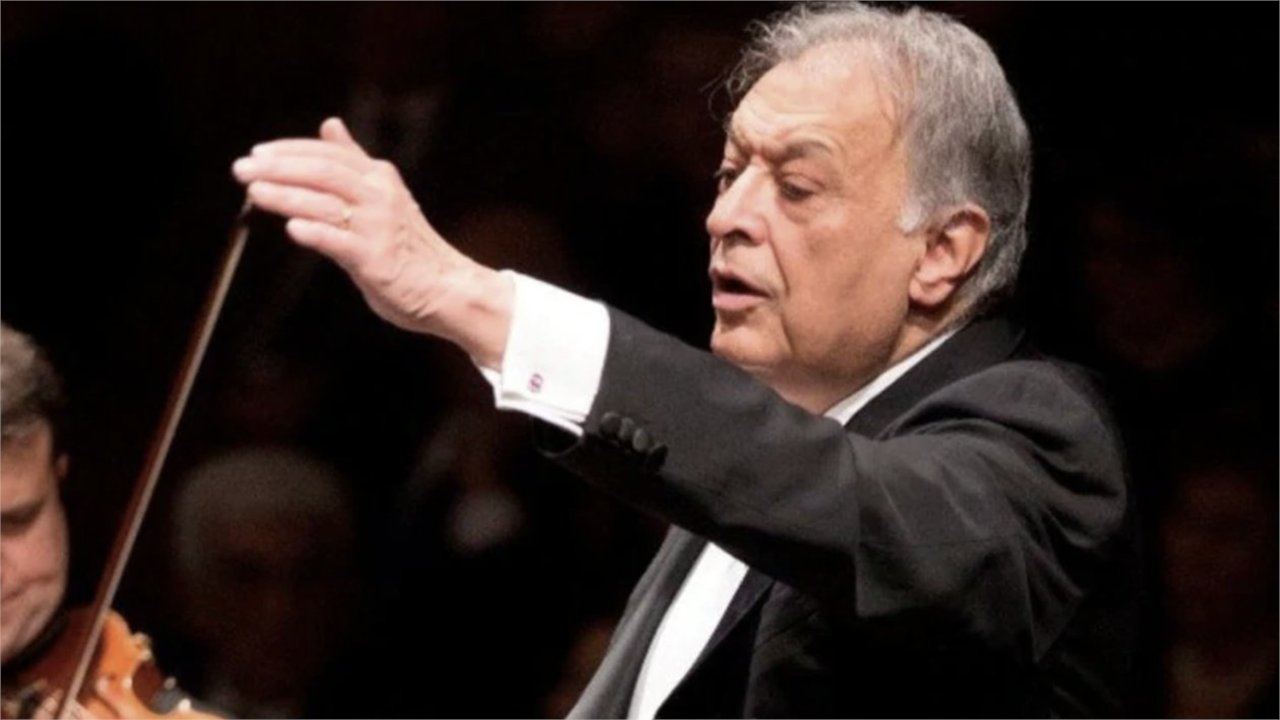 The Auditorio de Zaragoza is ready to celebrate the best season of great concerts in its 28 years of history. This is attested by the advance of formations and soloists that has already been announced. Thus, the participation of the Berlin Philharmonic, with its chief conductor Kirill Petrenko in the new season programmed in the Mozart Hall of the Auditorium, has been confirmed. An exceptional concert, not only because it is possibly the best orchestra in the world, but also because it coincides with the choice of the Sagrada Familia in Barcelona as the setting for the Europakonzert, which is held every May 1st to commemorate the anniversary of the founding of the Orchestra, in an auditorium or theater characteristic of a different European city.

In addition to its presence in Barcelona, the Berliner Philharmoniker will only give two other concerts in Spain, in the Auditorio Nacional de Madrid and in the Sala Mozart in Zaragoza, where it has only performed once, on February 24, 2010. Thirteen years later, the audience of Zaragoza will renew this unique opportunity on May 5, 2023.

Zubin Mehta will conduct the Symphonieorchester des Bayerischen Rundfunks – Bavarian Radio Symphony Orchestra, on November 30, as part of the concerts of the new Grand Season.

Mehta, 86 years old, considered one of the most important living conductors in the world, was awarded the Silver Medal of the City in 2006, in recognition of his work in the diffusion and international promotion of the Zaragoza Auditorium. The international prestige of the Mozart Hall is largely due to the opinion expressed by the Indian conductor in his first contact with the Auditorium in 1997, when during the first rehearsal he exclaimed: “Impressive! What a wonderful hall!”. In his speech accepting the medal, he said: “Whenever I am asked about modern auditoriums, anywhere in the world, I have to refer to the Auditorio de Zaragoza, because it has the most important acoustics, the best, that I know of”.

The Bayerischen Rundfunks is also considered one of the best orchestras in the world along with the Berlin Philharmonic. Founded in 1949 by Eugen Jochum, its tenured conductors include Rafael Kubelík, Colin Davis, Lorin Maazel and Mariss Jansons. Today, Sir Simon Rattle conducts the ensemble, which continues to collaborate with the most renowned conductors of the moment, such as Riccardo Muti, Esa-Pekka Salonen, Franz Welser-Möst, Daniel Harding and Zubin Mehta himself.

Philharmonia Orchestra, one of the best orchestras in the United Kingdom with international projection, was one of the great revelations for the Zaragozan fans last April 20, with an impressive Nicola Benedetti, in the interpretation of the Violin Concerto by L.V. Beethoven.

The enormous success has led the orchestra to renew its participation in the Gran Temporada de Conciertos. Philharmonia Orchestra will accompany Yuja Wang, in the words of some critics “simply the most gifted concert pianist in the world today. There is nothing to do but sit back, listen and marvel at her artistry.”

Appreciated for a virtuosity that goes far beyond the extraordinary ease she conveys, Wang regularly accompanies the world’s best orchestras.

Maria Joao Pires and the “Mozarteum”

On February 7, the Mozarteum Orchestra of Salzburg (Mozarteum Orchester Salzburg), one of the oldest musical institutions in Europe and the best repository of the tradition of interpretation of the brilliant composer from whom it takes its name, is also engaged.

Its conductor, Trevor Pinnock, a renowned conductor and interpreter of the classical repertoire, is a close and regular collaborator of the brilliant pianist Maria João Pires, already known in the Auditorio de Zaragoza, who will be one of the great attractions of the concert. Internationally recognized as one of the greatest pianists, her concerts are celebrated as events. The three protagonists of this concert (orchestra, conductor and soloist) will form a natural and homogeneous ensemble at the service of Beethoven and Mozart on the Zaragoza stage.

Although negotiations with other orchestras are practically closed, the rest of the ensembles that will make up this Great Season cannot yet be announced. Miguel Angel Tapia has advanced that “the season we are putting together will have a total of 15 or 16 subscription concerts, with the presence of top level international orchestras based in the United Kingdom, Austria, Belgium, Italy and Switzerland, as well as a representation of our Aragonese musicians”.

The Deputy Mayoress of Zaragoza, Sara Fernández, pointed out that “this new season will turn our city into the Spanish capital of symphonic music”. According to her, “few cities are capable of bringing together on the same stage such an important sample of international orchestras as the one we are preparing”. She even pointed out that the attraction that this season can give the city, “increases the cultural attractiveness of the city in the Barcelona-Madrid and Basque Country-Valencia axes, as well as to visitors to the city. “This is an opportunity that is not lost on Zaragoza Tourism, which is already working on it to take advantage of a greater notoriety of the city on a national scale as an unavoidable cultural event”, he added.

Season Tickets: La Gran Música Clásica is impressive, but by no means elitist

Pending the confirmation of several orchestras and soloists, the official presentation of this new season will take place at the beginning of September, starting immediately the process of season ticket renewal and the purchase of new subscriptions.

In addition to the Season Subscription, there will be two types of Half Subscriptions and also a Subscription à la Carte and also, as in previous seasons, it will be possible to pay in several installments.

As for ticket and season ticket prices, Tapia did not want to reveal the details “which are being worked on”, although he did express that “the Gran Música Clásica is impressive, but in no way elitist, and even less so in the Auditorio de Zaragoza”.

As in every season, there will be several types of discounts to guarantee accessibility to this concert program to any citizen, regardless of their economic situation. Thus, there will be discounts for young people, conservatory members, the unemployed, large families and, for some concerts, there will also be a “last minute” discount.

Facebook
Twitter
Pinterest
WhatsApp
Email
Suscríbete a nuestro boletín
Artículo anteriorLaurel & Tomillo, entrepreneurs in rural areas: “We move canned food throughout Spain from a village of 35 inhabitants in Teruel”
Artículo siguienteWhere to eat very well in Aragon this summer and not ruin your vacation

Get to know the Auditorium of Zaragoza (Spain). One of the auditoriums with the best acoustics in the world