The innovative spirit is something that is in the Aragonese DNA, so it is not uncommon to see highly innovative projects in the autonomous community. We present some of the initiatives and innovation projects with 100% Aragonese DNA. 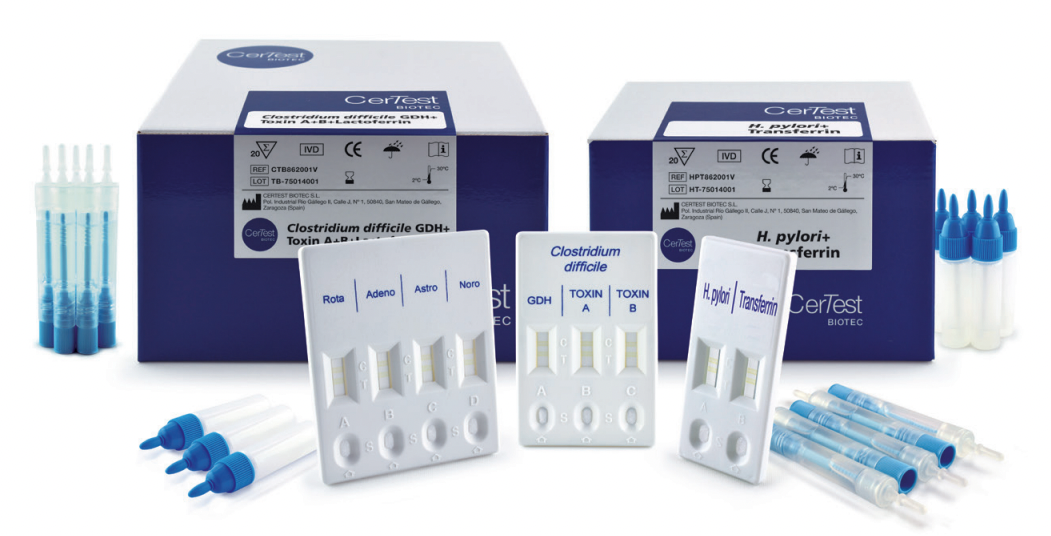 From technological innovation applied to sectors such as health, food or commercial, to other types of innovation such as social innovation, Aragon is a reference in hundreds of innovative projects that stand out for their public-private collaboration, on many occasions, or for being the scene of pilot tests that are then developed on a global scale. It would be impossible to summarize them all in one article, this is just a small sample of some of them. 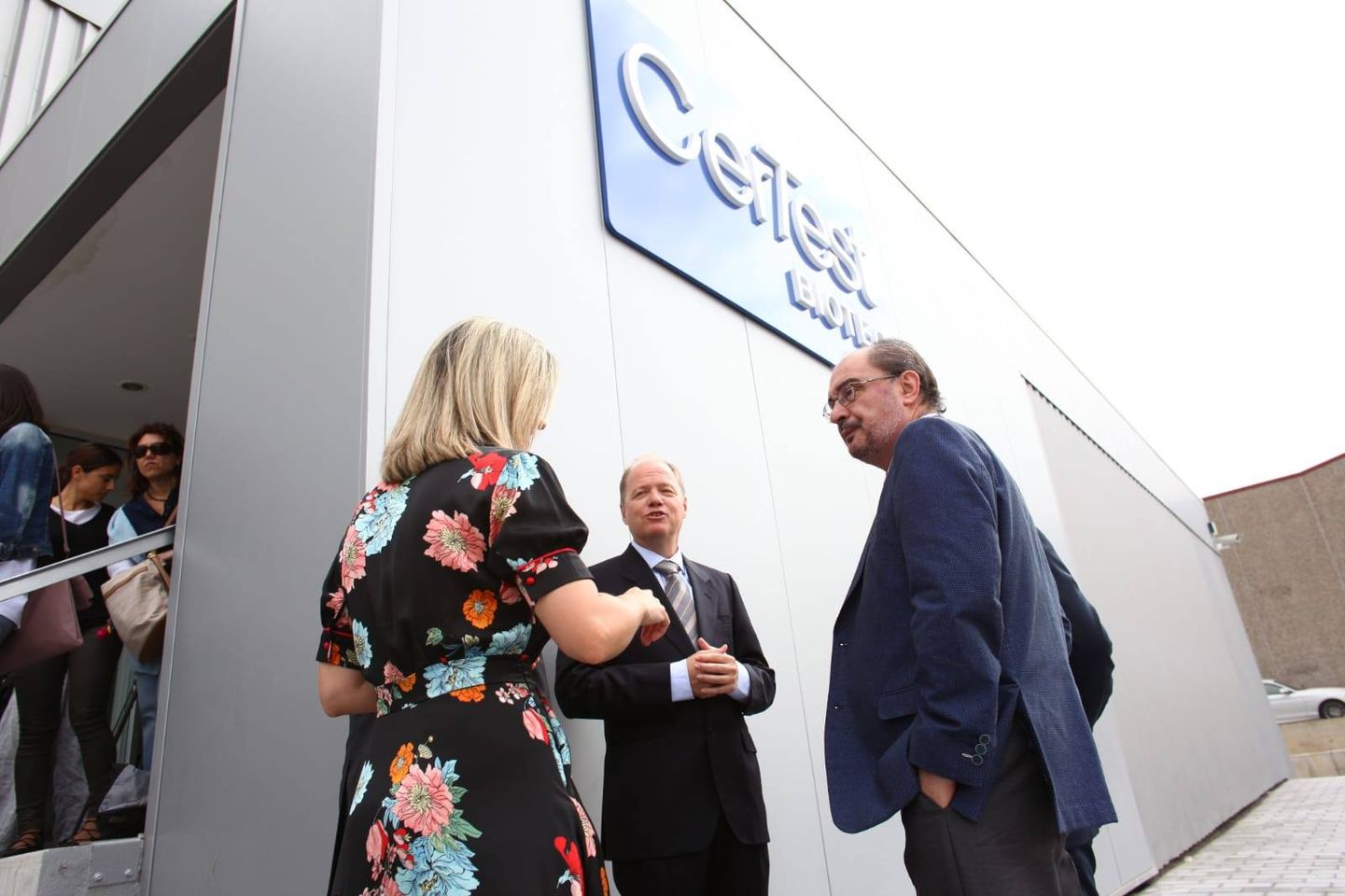 The Aragonese company Certest Biotec has become a benchmark in innovation and research during the pandemic and the largest manufacturer in Spain of pcr and antigen self-testing kits, producing 24 million and 19 million in 2021, respectively. Its distribution reaches more than 130 countries around the world. At the beginning of 2021, Certest already announced that it was researching a vaccine against covid and the company expects its factory to be operational by the end of 2023.

Beer with black truffle thanks to the laboratory 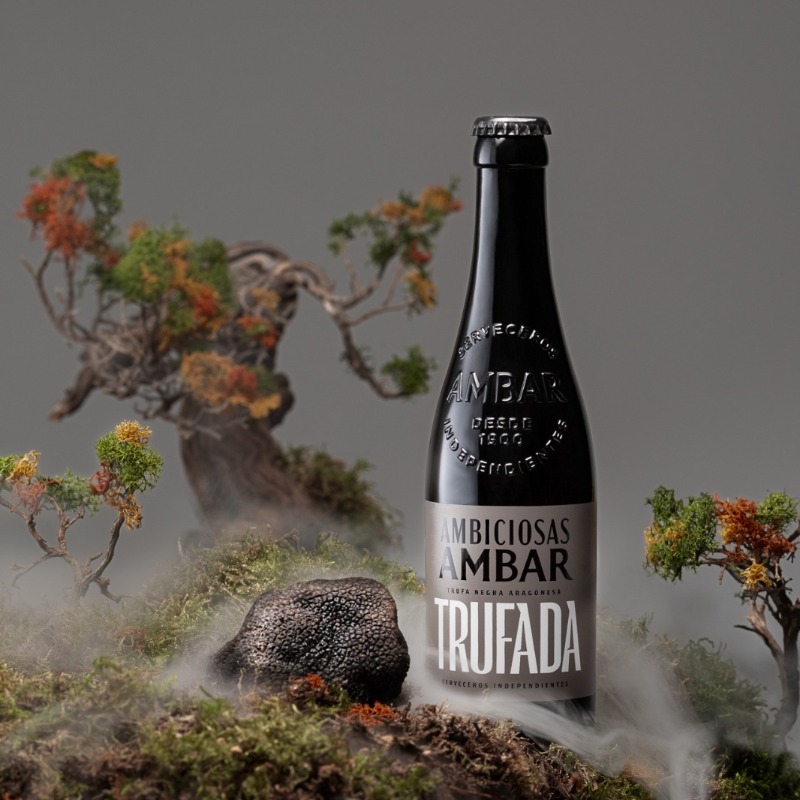 This is one of the latest outstanding innovation projects in the agri-food sector. The Centro de Investigación y Tecnología Agroalimentaria de Aragón (CITA) has collaborated, from its Trufficulture Unit, in the development of a beer with black truffle from the three Aragonese provinces. It has done so together with La Zaragozana, a company that has marketed the beer within its ‘Ambiciosas Ambar’ line. The product demonstrates the research capacity of CITA and the possible symbiosis between these two Aragonese products for the construction of the Aragon brand. Learn more about the project.

Certifying sustainable tourism in the Mediterranean

The Technological Institute of Aragon ITAINNOVA participates in LABELSCAPE (Integration of sustainability labels in Mediterranean tourism policies) an Interreg Med project, which aims to develop mechanisms to integrate sustainability labels in tourism policies at national, regional and local level, and to provide, in the certification process, support for destination-based initiatives. ITAINNOVA represents Spain in this project in which other partners from France, Slovenia, Greece, Italy and Croatia also participate. Learn more about the project.

Zaragoza first city in Europe with a drone test site 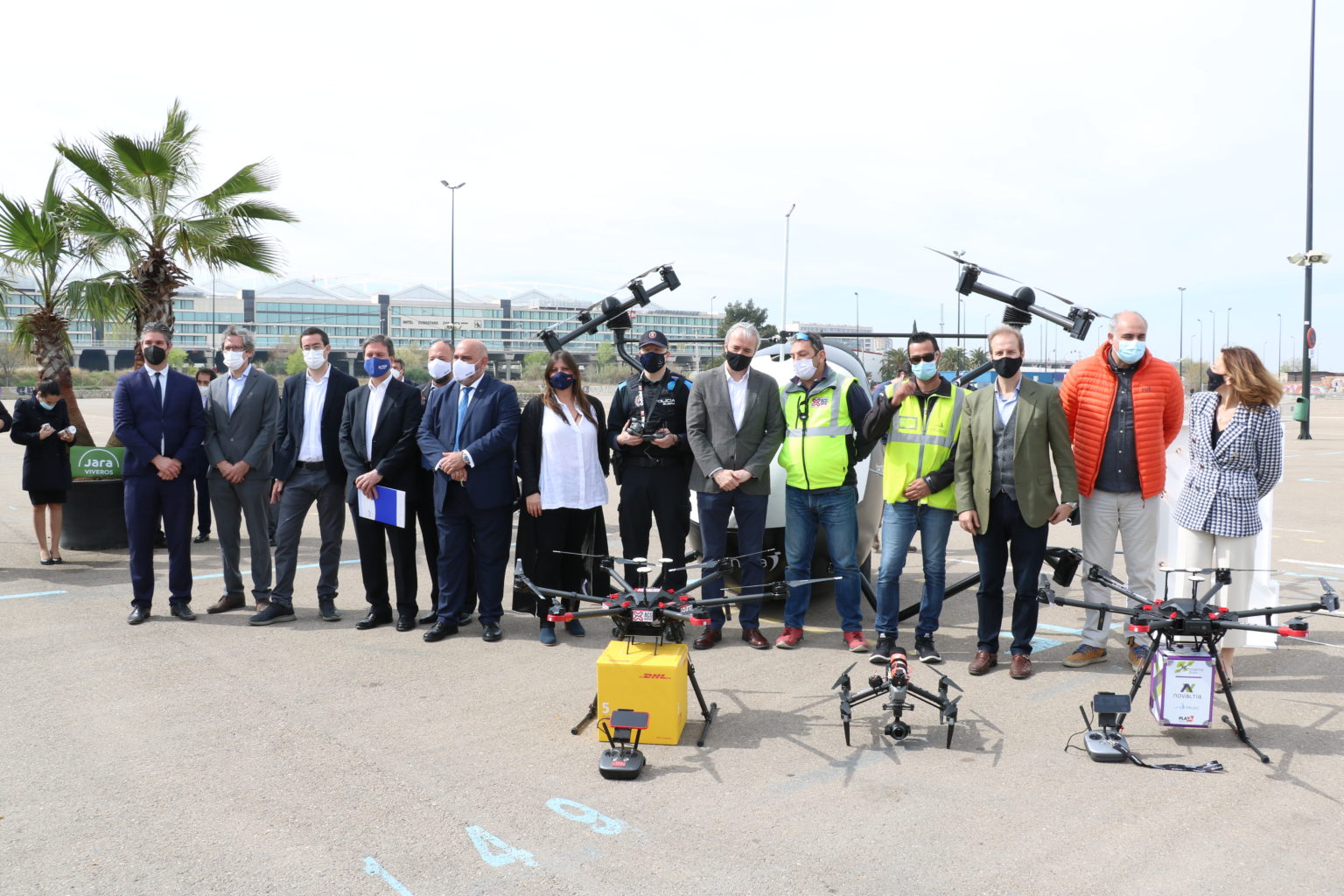 Last year Zaragoza became the first European city to facilitate the experimentation of future urban aerial mobility in a real environment and within the CTR space, the security area of airports. In the innovation project Hera Drone Hub, in the south parking lot of the Expo, different logistics companies are already operating with different certifications, as is the case of DHL or Airbus.

Big Data and AI applied to the wine industry 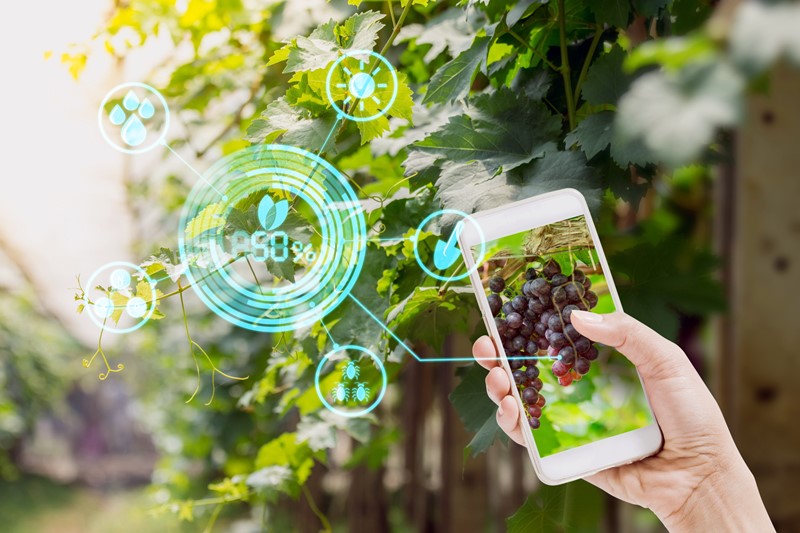 The Technological Institute of Aragon ITAINNOVA, together with Sarga, participate in the innovation project Policy Cloud (H2020). With this project they intend to provide effective tools based on data to meet consumer demands, such as specific demand for Aragonese products, wine trends related to the different Designations of Origin (PDO), consumer opinions, as well as data on harvests and grape quality. The development of this tool will help the sector to analyze future strategies. Learn more about the project.

The innovation project, called Circular Ciocarbon, will involve the construction of the first biorefinery for urban solid waste and sewage sludge in Europe. Urbaser, together with Socamex, its water management subsidiary, will lead and manage the European consortium that will carry out this project, with the participation of 11 partners from 5 European countries: Spain, Italy, Denmark, France and Germany. The biorefinery will start to be built in 2022 in the facilities of Urbaser’s R&D&I Center “Alfonso Maíllo” and in the Zaragoza Urban Waste Treatment Complex (CTRUZ) of the Zaragoza City Council in the Recycling Technology Park (PTR). The project will last 5 years and will have an overall budget of 23 million euros, of which the European Commission will finance a total of 15 million in the form of a grant. Natalia Chueca, Councilor for Services and Mobility talks about this project and other circular economy projects in this Go Aragón interview.

Vending with IoT, the only one of its kind in Spain 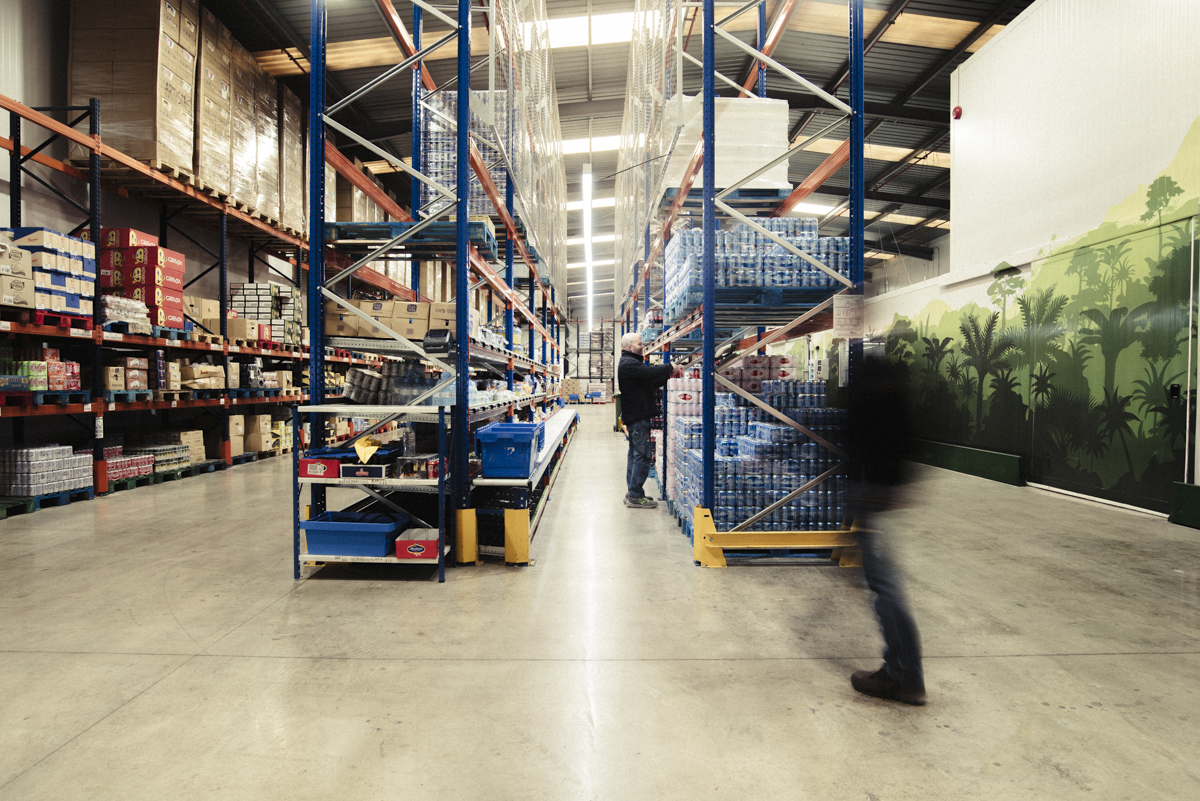 The Huesca-based company Eboca was the first to implement 360º telemetry in its vending machines. Since 2019 they have the most modern facilities in the sector, a warehouse in Huesca that thanks to the incorporation of IoT is connected at all times with the vending machines and can obtain real-time information on what each terminal needs. The ‘pick to light’ is one of their best-known innovations, but they also have others that reach the consumer, such as the Eboca Wallet cash-less payment system. Learn more about Eboca thanks to this visit we made to their facilities in Huesca.

The Aragon Open Government Laboratory (LAAAB) has become a benchmark for public and social innovation in the three and a half years it has been in operation. In 2021 it hosted, through LAAABVirtual, the #NovaGob2021 congress, the most important public innovation event in Ibero-America. Day by day from the Plaza del Pilar in Zaragoza, and thanks to a multidisciplinary team led by Raúl Oliván, they work to open institutions and citizen participation through an innovation ecosystem formed by a lot of projects. LAAAB itself, and some of its projects such as VisualGOB and Frena la Curva were nominated in two categories for the Innovation in Politics Awards, by a jury of 1050 European citizens, being the first time in the history of the awards that the same institution opted for three awards in different categories. This 2022, its program will be multiplied to 120 activities from January to June, with 370 hours of activity aimed at all citizens, and that will have democracy as the main focus, through cycles, workshops, laboratories and other initiatives.

Discover all the outstanding innovation projects in Aragon.

The 10 best restaurants in Zaragoza according to TripAdvisor