Researchers help to transfer the aroma of the tuber to the beverage and participate in the sensory analysis prior to its launch The new 'Ambar Truffled' was presented today with the presence of the Ministers of Science and University, Maru Díaz, and Agriculture, Joaquín Olona. 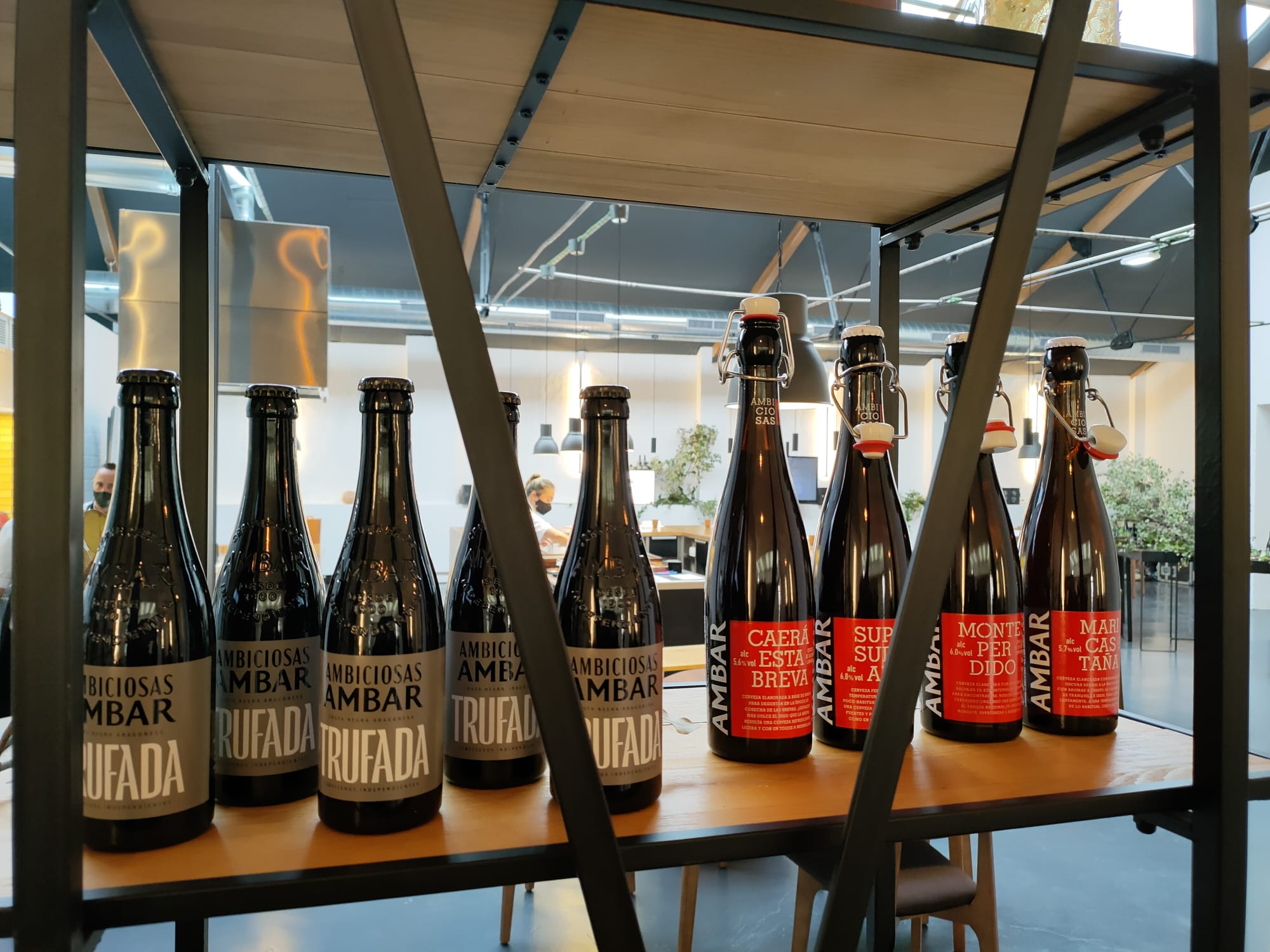 The Center for Agri-Food Research and Technology of Aragon (CITA) and Ambar have collaborated in the development of a beer with black truffle from the three Aragonese provinces, which will help to value Aragon as a world potential in the cultivation of this appreciated tuber. The product, marketed by Zaragozana as part of its ‘Ambiciosas Ambar’ line, was presented today at the Gente Rara restaurant, in the presence of the Minister of Science, University and Knowledge Society, Maru Díaz, and the Minister of Agriculture and Environment of the Government of Aragón, Joaquín Olona. 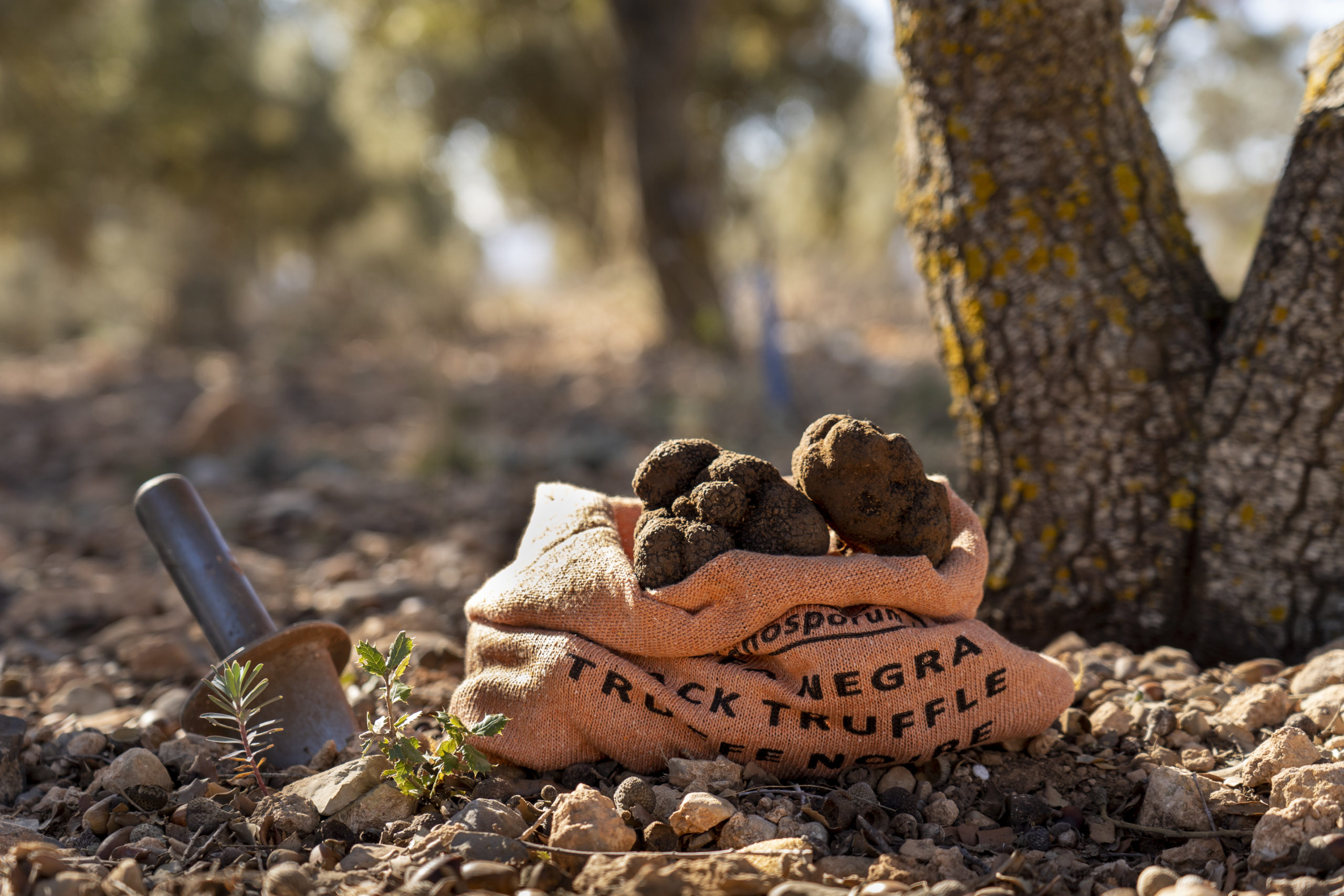 Before tasting the new Truffled Amber, Díaz recalled that “strengthening collaboration with the agri-food and environmental sector to respond to economic, environmental and social challenges” is one of the objectives of CITA’s strategic plan 2021-2026. “This project is the best example of how research connected with the needs of our agri-food sector has a real and successful transfer, which also contributes to make Aragon brand”.

The regional responsible has put in value as this public center, under the Department of Science, was a pioneer in Spain in the 90s in research in truffle growing, and now has the only group of researchers in the field in the world, which develops a transversal research from the nursery or the field, to the table or the final consumer.

For his part, Minister Olona stressed that product innovation such as that which has been presented by the hand of a great Aragonese brand of national and international prestige, contributes in an outstanding way to the positioning of our black truffle of Aragon.

“We are the main producer and exporter of Melanosporum black truffle in the world, and the fact that a great brand like Ambar has developed a beer with black truffle from Aragon is a perfect symbiosis and an excellent example of innovation, public-private collaboration, commitment to the territory and the construction of the Aragon brand around the nobility of our black truffle and a drink as popular as the beer produced in our territory,” he said.

The presentation of this truffled beer was also attended by Lucía Soriano, managing director of CITA, who held the initial meetings to make this project a reality, as well as the general director of Agrifood Promotion and Innovation, Carmen Urbano.

CITA researchers Pedro Marco, Sergio Sánchez, Sergi García and Eva Tejedor have actively collaborated, after months of hard work, to provide information about the truffle in Aragón and its properties to Antonio Fumanal, master brewer of La Zaragozana, in order to make the truffled beer.

In the elaboration of this new beverage, CITA researchers put La Zaragozana in contact with the truffle sector of the three Aragonese provinces, accompanying them in the truffle harvest, and later in the classification, cleaning and selection of truffles so that, from a sanitary and sensory point of view, they could be used for the manufacture of the beer.

One of the most important aspects to be addressed by CITA’s Trufficulture Group was the experimental design of the device for transferring the aroma from the truffle to the beer, so that it would not be in contact with the beer at any time, thus avoiding contamination and poor coloration and flavor.

In this device, the truffle was kept alive for several days, which meant that it continued to produce aroma thanks to its metabolism, and this aroma was captured and subsequently used for truffling. In other words, the truffles were used as an inexhaustible aroma-generating factory. Finally, as part of this preliminary testing process, we actively participated in the sensory analysis of beer before its final production.

The truffle sector is very important for Aragon, where almost half of the world’s black truffle is produced. The world production of black truffle is around 160 tons per year, 90 to 100 tons in Spain, of which Aragon accounts for 70 to 80 tons. In Spain, the area dedicated to the cultivation of the black truffle (Tuber melanosporum) is 20,000 hectares, of which 13,000 are in Aragon (65%). The planting rate in Aragon is approximately 600-700 hectares per year.

Carlos Mangado: “A fundamental error in the organization of events is not having time to imagine things”