Aragón is a land of ground-breaking initiatives that are increasingly related to depopulated areas. It is precisely here that a social and business movement is taking shape to promote the technology sector in the rural world. The driving forces are Pedro García and Marcos Ruperez, scout friends, mountain lovers and dedicated to the technology and energy sector who share an ambition: to live in the rural world. For this reason, and seeing the barriers that exist for the access of technology companies to the villages, they started a 15-day cycling route after the confinement to diagnose these barriers. B-RUTAL was a social entrepreneurship initiative in villages of less than 1,000 inhabitants in the province of Huesca that were not influenced by a city. “We decided to be ambitious and asked for funding to record the trip, we raised 8,000 euros and bought a drone and several cameras,” explains Pedro.

As well as learning about the obstacles that the technology sector has to overcome in order to establish itself in the rural world, the route also served to disseminate the initiatives and businesses in the sector, as Pedro and Marcos interviewed people in the rural environment and publicised their projects. But not only that: the light bulb went on.

“During the route, we set out to change the models of the rural economy and to make technology the mainstay. Among the ten barriers identified for technological rural development, it is worth highlighting that the internet is not of high quality in many places and this means that technological companies do not reach them, there is no technological networking or the lack of housing.

A “springboard” centre to solve the problem

To mitigate these effects, they have devised a high-performance technology centre that manages to attract teleworkers to a village, which is home to both a community of residents in the sector and an itinerant community that tries out the experience.

The centre, the location of which is yet to be determined, has the ultimate goal of attracting legal personalities to the region. “The impact we want to generate is at a regional level, so that companies create their business headquarters in the village where the centre is located or at least have our headquarters to be able to bring teleworkers,” explains Pedro.

This complex becomes a springboard that allows any worker or team in the world to try without barriers a period of 100% integrated work in a rural environment and there is a double benefit because “the rural environment is nurtured with a strong technological networking at the same time that many workers try out what could be their way of life in the future”.

Where will the centre be located?

During the bike route, the municipalities visited were evaluated according to different KPIs and now there are 15 that exceed the score of 8 out of 10. The favourite place to set up is Ansó, a municipality of 400 inhabitants in Huesca with basic services available and immersed in the Smart Rural 21 project. Ansó is the only place in Spain that participates in this European initiative of integral development through the digitalisation of the rural world. 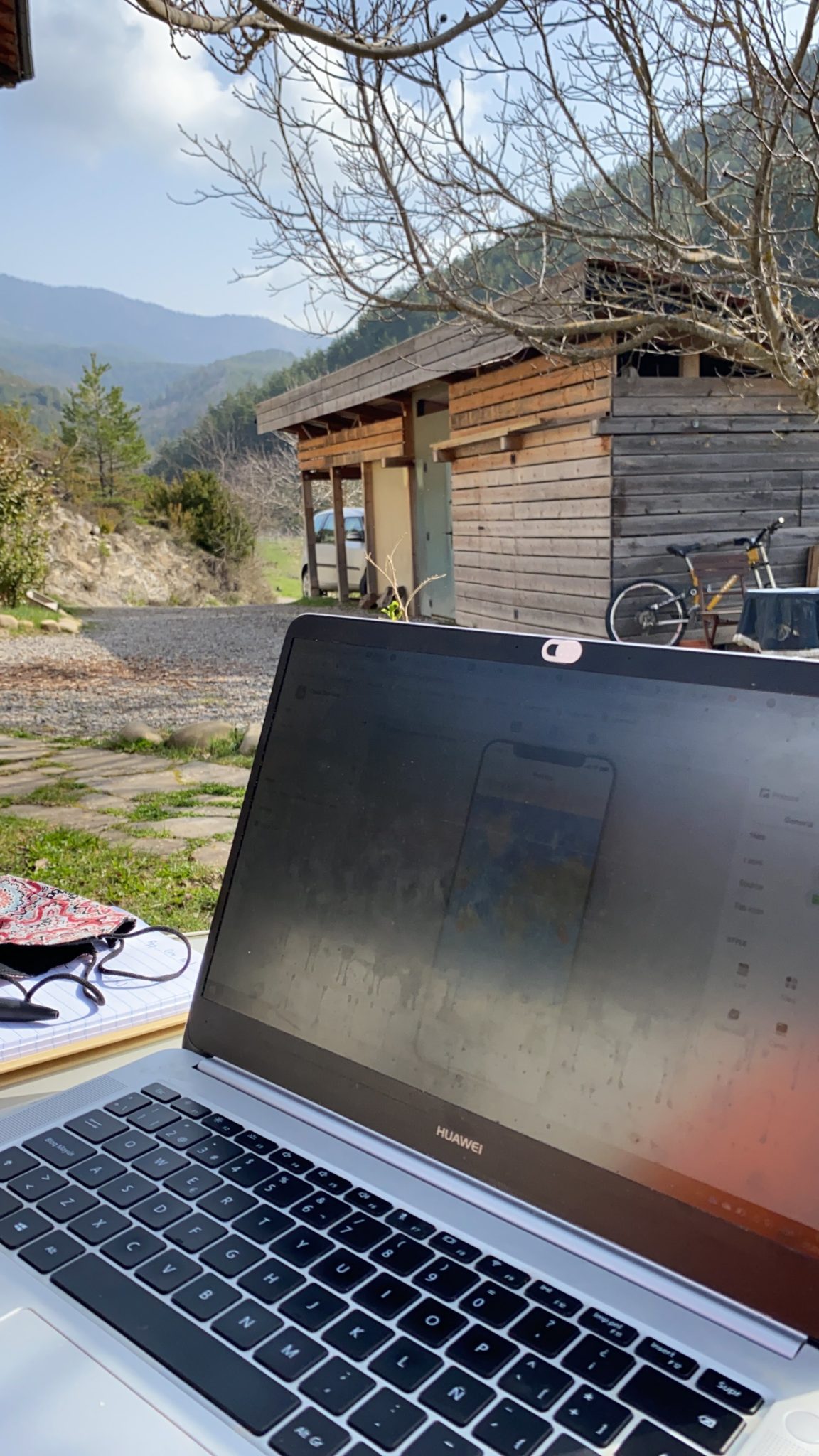 “Ansó is our first choice but we are evaluating and visiting more places. This project is being created there but we have not yet found an affordable building to set up in. We are still looking for a location”, says Pedro.

What services will the centre have?

The centre will provide accommodation (room with bathroom) for about 10 Travellers, who will spend periods of between one week and three months at the centre, working from the centre, integrated into the local environment and accompanied by the resident community. A coworking and dining area with 25 seats will be available for the Traveller community, the resident community and the local community to work together.

“The resident community is the cornerstone of the centre, as it is the one that allows the local environment to be enriched by networking with the tech workers and at the same time allows a direct integration of the itinerant workers in the village, making the rural immersion experience real and direct,” explains Pedro.

“It’s ambitious, but if 500 teleworkers a year pass through the centre, ideally 50 should stay in the region,” says Pedro.

José Luis Pina, founder of Profesionales de la Carne, has joined the project. In addition, they already have the interest of several companies and institutions such as ITAINNOVA, Ecodes, CIDS by Arpa, Integra, Profesionales de la carne, Embou, Grupo Mas Móvil, ZoiloRíos, among others. “We have created an NGO that we will turn into a foundation to finance the project. We don’t want all the funding to be public, nor do we want companies to fund us as such. We would like technology companies to provide us with workers, to bring workers on an annual basis and to fill part of the places annually”.

Find out more projects linked to the territory in Go Aragón.

Facebook
Twitter
Pinterest
WhatsApp
Email
Suscríbete a nuestro boletín
Artículo anteriorArt, science and tradition: 10 museums in Zaragoza not to be missed
Artículo siguiente13 hiking routes throughout the province of Zaragoza