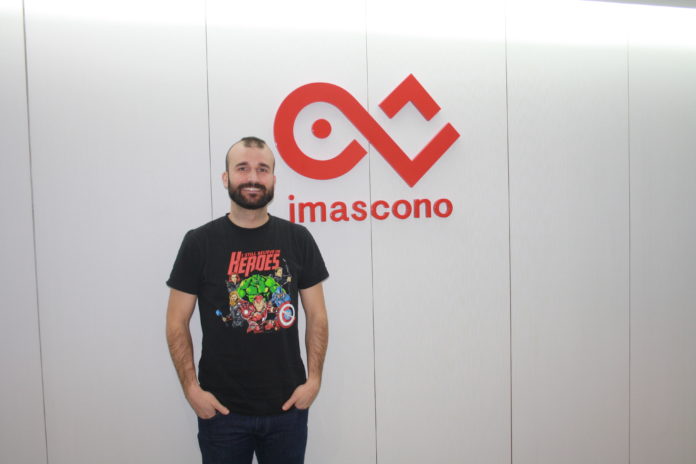 The Aragonese company Imascono has been offering extended reality solutions for ten years and has developed services for Telefónica, Adidas, Disney, Samsung, Carrefour, among other large companies. Together with one of its partners, Pedro Lozano, we analyse the growth of the company, the situation of digitalisation, innovation and entrepreneurship in Spain and the competition with respect to other countries.

A few days ago you were awarded the ADEA Entrepreneur of 2020 Award… What does this recognition mean when you started Imascono more than 10 years ago with your partner Héctor Paz?

I have been a lucky person because I consider myself an entrepreneur by blood, I was born with that spirit from a very young age. In the end, the path has led us to this shared adventure with my partner, which we started very young, in 2008. First I started as an individual at the age of 21 until Héctor Paz joined us with augmented reality. This award closes the cycle of what can be considered as an entrepreneur in the initial phase. I always say that the first five years are more for entrepreneurs and the next five for businessmen. It is essential to always maintain that young and entrepreneurial spirit, because in such a changing world, either you have that mentality or you are going to be left behind.

Imascono celebrates its first decade in 2021. Back then, the current development of augmented and virtual reality was unthinkable. How did you see that potential? What were those first steps like?

It was clear that digitalisation was becoming more present with all the development of the Internet, mainly. When you bet on innovation it is very difficult to foresee where the path is going to go, and precisely that has been one of the keys to Imascono’s success, the adaptability of our business. The vision has always been to unify design and technology, and those two values with which we started applied to the textile sector continue to be the core and most important part of the company. Augmented reality, which was the technology we initially opted for, has not had the exponential growth that was expected and we have grown in other technologies such as virtual reality, which we incorporated later. Thanks to the development of apps that solved different problems, we have had very significant growth. Our focus has always been to be ahead of the market, an innovation that always involves risk, but we have adapted well to trends. What does Imascono’s work consist of?

It’s difficult to put it into words. We are a creative technologies studio specialising in extended reality, which encompasses augmented, virtual and mixed reality. We develop cutting-edge solutions and products to help companies in their digital transformation. We have made, for example, mobile apps in the retail environment, such as the Torre Outlet project. But we have also been commissioned for digital projects in which we are not involved, but clients come to us with proposals that we can take on because of our technocreative capacity.

From the beginning, you have focused a lot on retail and marketing projects. What sectors do you work with?

The two main sectors are marketing and training, both of which are transversal to all companies. We apply these two global areas in advertising environments, telecommunications companies, such as Telefónica, or the veterinary and health sector, which is one of the sectors we work in the most. Also in the retail sector, where at a time when there is a war between the digital and the physical, we offer experiences that can keep users coming to physical spaces. We have also developed educational and training projects for different sectors.

What projects do you develop for the veterinary and health sector?

Visual marketing experiences for events and fairs, with which they manage to attract the attention of users to sell their products. We have developed apps that facilitate or optimise contact between veterinarians and consumers. For example, an app that, through a 3D experience, showed dog owners how certain illnesses affected their animal in order to understand the problem and, through the company’s products, see how it could be solved. The client’s requirements were stored in the company’s CRM and real-time information was available on the dog’s illnesses, what consultations were required, etc.

In Zaragoza you have become massively known for carrying out the Virtual Offering to the Virgen del Pilar last 2020. Do you have the feeling that you were better known for your work outside Aragon than at home?

It is always said that nobody is a prophet in their own land. It is true that in the early years of the company we had a more external and international projection. Although Zaragoza is the test market, Aragon is not usually the region where innovation is most promoted. Generally in Madrid are the headquarters of the big companies, which are the ones that have the most money to acquire these technologies, although it is true that they have become more democratic and are more accessible to other companies. When you have a portfolio of customers who have placed their trust in you, it is easier to return home, also because other companies see success stories and decide to bet on what they did not dare to do before. We have been working with BSH since 2015, and in the last two years we have had very significant growth in Aragon. The virtual offering has been the icing on the cake and has put us in the Aragonese market in a very important way.

Do you think it is more difficult to innovate in Aragon?

There is little encouragement to take risks and do things differently, something that we demand from the Association of Young Entrepreneurs of Aragon (AJE), where I am president. In other cultures, such as the USA, innovation is more encouraged. It is often said that innovation is expensive, but what is expensive is not innovating because you will be left behind and you will lose market share. What is expensive or what is cheap? The important thing is to know what your objectives are and how technology can help you achieve them. The Virtual Offering has been Zaragoza City Council’s most profitable marketing campaign and it was thanks to doing an innovative project. We were the first city in Spain to avoid the cancellation of the city’s patron saint festival.

You travelled to the USA in 2014 with the educational app Chromeville, which took you to Silicon Valley. How are Spaniards perceived in the USA with regard to entrepreneurship?

They are very different cultures. There we live in people who go into business and it is a much faster and more direct society. It coincided with the boom in entrepreneurship during the crisis, which in my opinion was a mistake made by Spanish policies. The fact of betting on the fact that people started out of necessity and not out of conviction. I should encourage entrepreneurship and I always say the opposite, because entrepreneurship out of necessity is a very serious mistake. At that time, digital businesses started, concerned about

In the US they are light years ahead and here we are lagging behind. There they went for businesses that had a significant growth in user acquisition, while here in Spain they were looking for short-term profitability, something that is very difficult for young companies. The interesting thing is to find a middle ground between the US and Spain. The companies that are leading the digital transformation are American and Chinese companies. Either we are capable of promoting this culture or it is very difficult to fight with these markets. There must be a European strategy to be competitive in a global market in which we face powers that multiply their talent just by surface area and inhabitants.

Chromville is one of the projects that has been most rewarding for you. What level of digitalisation does the school have and why does it not reach US levels?

The commitment to innovation in the USA is reflected in more concrete facts, such as the digitisation of education. Already in 2014 there were schools there where we were amazed, where every child had a tablet with a name and surname, they were 100% digitalised. That commitment to the future allowed us to have a more significant penetration share in the US, which is still the same today: 75% of our Chromeville users and downloads are from the US, although at the beginning we were around 90%. This shows how many light years ahead of us we are in this respect. Education in Spain has many actors: different institutions, centres, teachers, publishers, parents… and everything has to be brought together. Here we had penetration thanks to those early-adopter teachers, who, through their mobile devices, incorporated Chromeville in their schools. The health crisis has meant a brutal acceleration in many areas, and this change of chip in terms of digitalisation is hopefully here to stay. 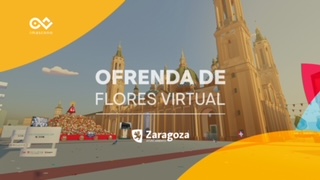 Is it just a question of culture or economics?

It is what we said before, what is expensive and what is cheap. The US is a culture that has generated a business system that is the envy of many others, even with the monopoly problems they are having. The biggest tech companies are Apple, Microsoft, Facebook… American giants that cover abysmal models. In the case of augmented reality, Apple bought in 2015 the biggest company that was German and closed it down. And that talent and knowledge went to Apple, and now the team is in a US company. Economics is important, it’s about size and money.

Big guys like Jeff Bezos think globally, not as a country. In the EU we seem to think locally.

It is a question of generating ecosystems, but the challenge should be to generate a European ecosystem, a European strategy. As Spain, we cannot compete with the major powers. This union would allow us to have a greater economic unity.

How is Imascono positioned internationally?

We have a technological product vision, but our business and sustainability has been achieved thanks to services. Our internationalisation has been through the only product we have developed in depth, Chromeville, and through it, we have made the company known, and other third parties wanted to develop projects like ours. We created projects for American companies, in South Korea, Holland… The product is what helps you to differentiate yourself, but the service is what helped us to survive so that we could focus on the product. Focusing on product is a much more complex challenge.

What innovative product are you going to launch soon?

Since 2019 we have been working on a virtual avatar, a product developed by us. In 2020, we will have finished establishing it; it is a product that is working very well. Also during covid we have developed products such as virtual spaces that have provided solutions for health and medicine, or international advertising agencies.

Torla: what to see and do in Ordesa’s most beautiful village