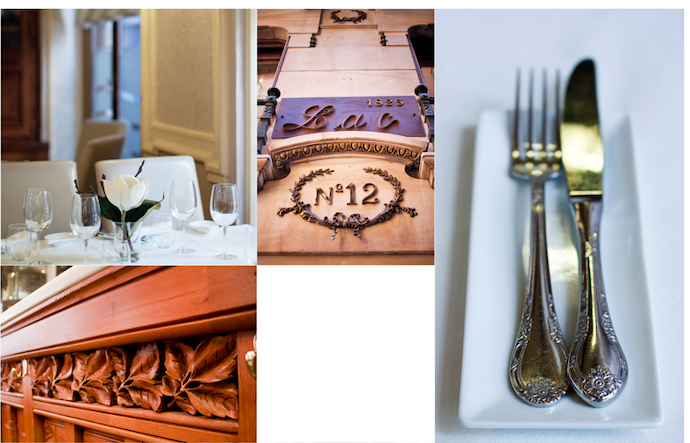 Ricardo Gil, from Tudela, wanted to “bring glamour back” to the emblematic Zaragoza establishment Casa Lac by turning the produce of the Navarrese market garden into its emblem.

Casa Lac is the first licensed restaurant in Spain, so it could be said to be the first restaurant in the whole country. It was founded by Constantino Lac, the patriarch of a family of cooks from the French nobility who fled during the Revolution. The family found in the Aragonese capital the place to establish a novel business in Spain: eating out in your own city.

This place with history was the place where the Navarrese chef Ricardo Gil set up his innovative concept of cuisine based on the vegetable world 12 years ago. He kept its essence through the impressive decoration: the wrought iron staircase, the wooden coffered ceiling and the prominence of the parquet floor with Guinean and Canadian woods… but he reinvented the way of having tapas in Zaragoza’s Tubo and created a different gastronomic experience, respectful with the product and the space. Ricardo gave importance to garden produce and put vegetables at the centre of his menu. Casa Lac became the place to go to eat vegetables with a real identity: borage, chard, cardoons, asparagus, broad beans, artichokes, peas, peppers, leeks, tomatoes… all of them treated with real care.
Spain’s first vegetable tasting menu

To understand the gastronomic concept of Casa Lac you have to travel first to Tudela. Ricardo Gil belongs to a family of restaurateurs who already owned Club 33 in the city of Navarre. He himself wanted to modernise the concept of the family restaurant and turn it into Restaurant 33. There he wanted to make vegetables the basis of his business. “35 years ago, talking about vegetables was a joke, people ate vegetables at home and that was it. At most as a garnish, but not with importance, as a first course”, explains Ricardo Gil. 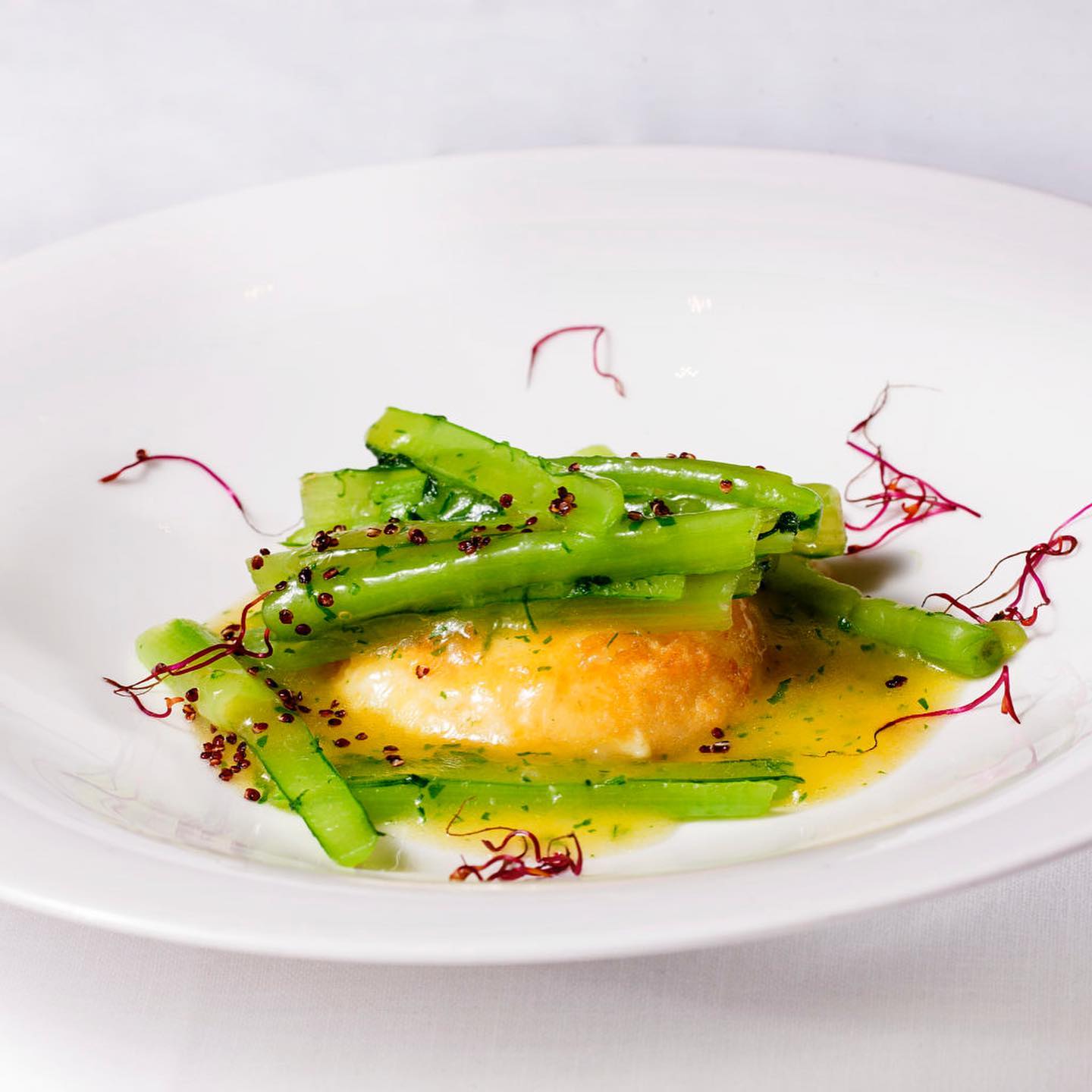 The first vegetable tasting menu in Spain was created at Restaurante 33 in Tudela. Gil knew the Navarrese market garden and wanted to add this differential value. He surrounded himself with the best specialists in each product, those who knew the most about asparagus, artichokes, cardoon… and so he analysed the preparation of each of the vegetables in order to understand how to cook and present them. “When you told the customers that they were only going to eat vegetables, they looked at you with a sour face, you had to involve them in the atmosphere, so I also tried to play with meat and fish. This helped me to make the business viable, but what made us nationally known was the vegetable tasting menu”, says Ricardo Gil.

The success of Restaurante 33 in Tudela was resounding. So much so that José Antonio Candau, Gil’s current partner in Madrid, called him with a proposal: to revive one of the most famous establishments in Zaragoza, but which was in ruins: Casa Lac.

It was fairly easy for Gil to say yes to the challenge. “I come from an Aragonese family, because my mother is from Zaragoza and my grandfather had a building materials factory there. I studied at the Izquierdo Academy, I have many clients from Zaragoza… it’s a wonderful place”, says the chef, who recognises that part of the success that Casa Lac has had with its current business model has been thanks to the fact that Zaragoza is “a welcoming and investigative city, where people are very open and fun”.

Moreover, bringing the Navarrese market garden to Zaragoza was no madness. “The Navarrese and Aragonese market gardens have everything in common. We eat the same, although each cuisine has its own point of view and its own recipes. We adapt our dishes in each restaurant, because an Aragonese person also wants to eat with their own identity”, argues Gil. At Casa Lac, the star dish is the potato duchess with borage in green sauce and crunchy red quinoa. Chard and cardoon are also available and the accompanying meats include longaniza sausage and suckling lamb.
“We wanted to give back to the ancestors of the establishment that dignity, category and glamour that Casa Lac had, but with the same business model of Tudela. Our idea was to have a reference point dedicated to vegetables for people who take care of themselves in Zaragoza. It was very hard work”, Gil acknowledges. 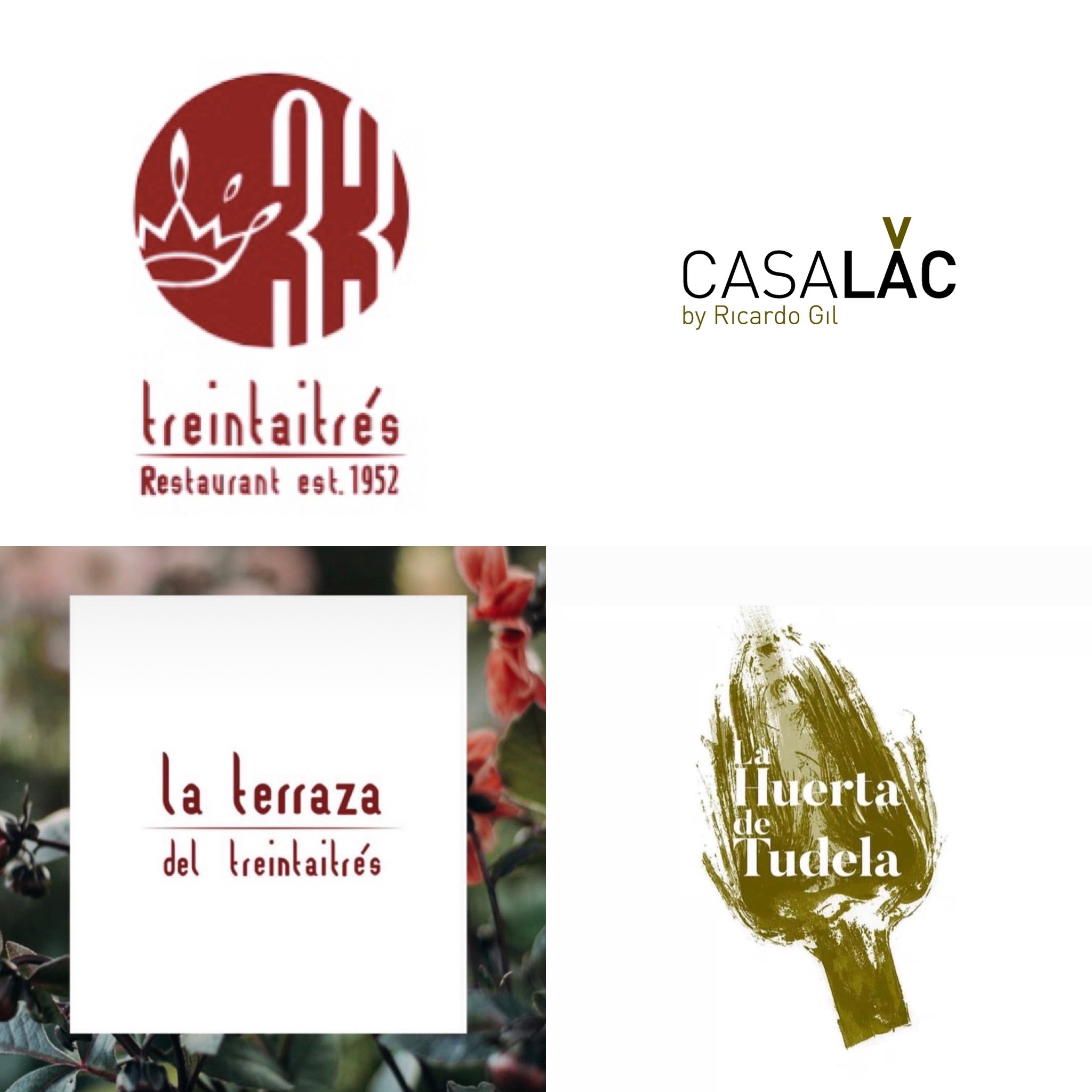 Renewing the concept of tapas

The chef from Tudela also wanted, through Casa Lac, to renew the concept of traditional tapas in Zaragoza’s Tubo. While the restaurant was installed upstairs, the tapas area was planned for downstairs, with its own kitchen on the ground floor. His idea was to create the first gastrobar, where the tapas would not rest for hours on the bar and would be reheated. He created trays of three themed tapas that were cooked on the spot.

“Twelve years ago this was a rare thing. People would look at the bar and not come in because they didn’t see tapas. We had to be between the door and the street for months, not overwhelming, but explaining the concept. At the beginning it wasn’t an understandable model because people wanted to see the tapas and thought that if they weren’t at the bar you weren’t going to serve them quickly”. To achieve this, they even gave customers guided tours of the establishment.

Casa Lac has become a favourite place for great personalities such as journalists, television personalities, actors and actresses, bullfighters… and many of them who stop in Zaragoza do not hesitate to eat at Casa Lac. Carlos Herrera, Carlos Latre, Leo Harlem, Paz Padilla, Iker Jiménez, Ara Malikian, and many others have declared themselves fans of this emblematic restaurant.

Three years after the reopening of Casa Lac, Ricardo Gil opened La Huerta de Tudela in Madrid, following the same concept as Restaurante 33 and Casa Lac. “New projects are coming in 2021. We believe in our model and in our future more than ever,” says Ricardo Gil.

Find out more restaurants with identity in Go Aragón.

Facebook
Twitter
Pinterest
WhatsApp
Email
Suscríbete a nuestro boletín
Artículo anterior
The Aragonese company AGM Sports has obtained 152 million in grants for sportsmen and women
Artículo siguiente
Conrado Molina: “Zaragoza will have a space to show its cinema thanks to the Spain Film Commission”