The accounts increase by 47.6M€, highlighting the growth of the General Directorates of Natural Environment and Forestry Management (39.5%); Food Quality and Safety (26.5%), Agrifood Promotion and Innovation (17%) and Rural Development (11%) Olona highlights the ambition of the budget project for next year, both for its figures and for the challenge of managing European funds for economic recovery. 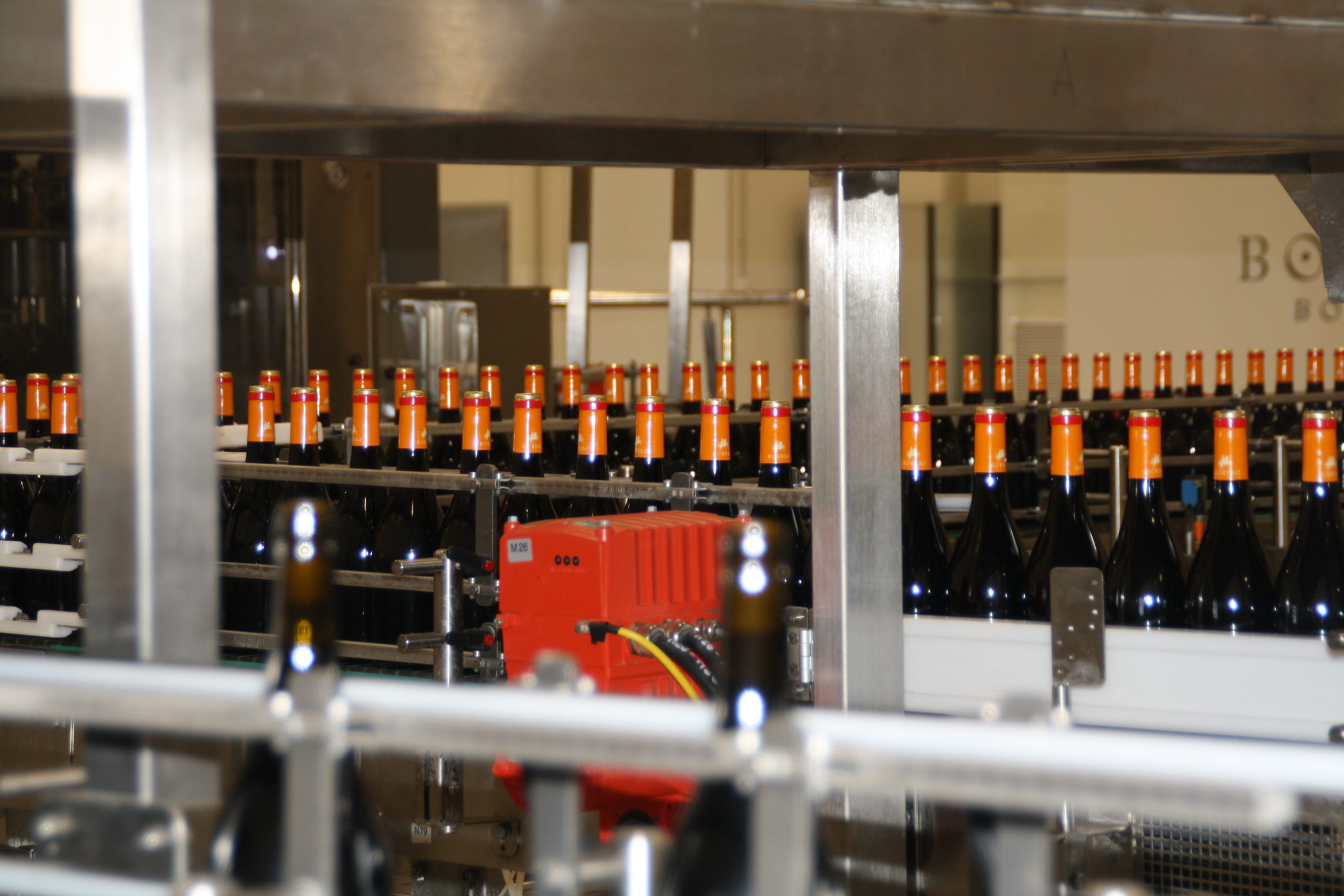 The Department of Agriculture, Livestock and Environment will manage 862.68 million euros in 2022 (47.6M€ more than last year, 5.8% more), which represents 11.6% of the total autonomic expenditure and the highest growth of the entire Government of Aragon. In absolute terms, it is only surpassed by Health and Education, which shows its importance for the economic development and territorial balance of the Autonomous Community. With respect to the previous year, the highest growth was in the General Directorates of Natural Environment and Forestry Management, which increased by 21M€ (39.5%); Food Quality and Safety, which increased by 4.3M€ (26.5%); Agrifood Promotion and Innovation, which increased by 8.5M€ (17%) and Rural Development, which increased by 9.6M€ (11%).

The Minister of Agriculture, Livestock and Environment, Joaquín Olona, has broken down this Wednesday afternoon, in the Cortes de Aragón, the figures of the consolidated budget of his Department -including the Aragonese Water Institute (IAA) and the Aragonese Institute of Environmental Management (INAGA)-. During his speech, he acknowledged that the growth is mainly due to “the reinforcement of financing from the Spanish Government and the already committed contributions from the EU, through the European NEXT GENERATION funds: EURI-FEADER, MRR and ERDF-React-EU”. 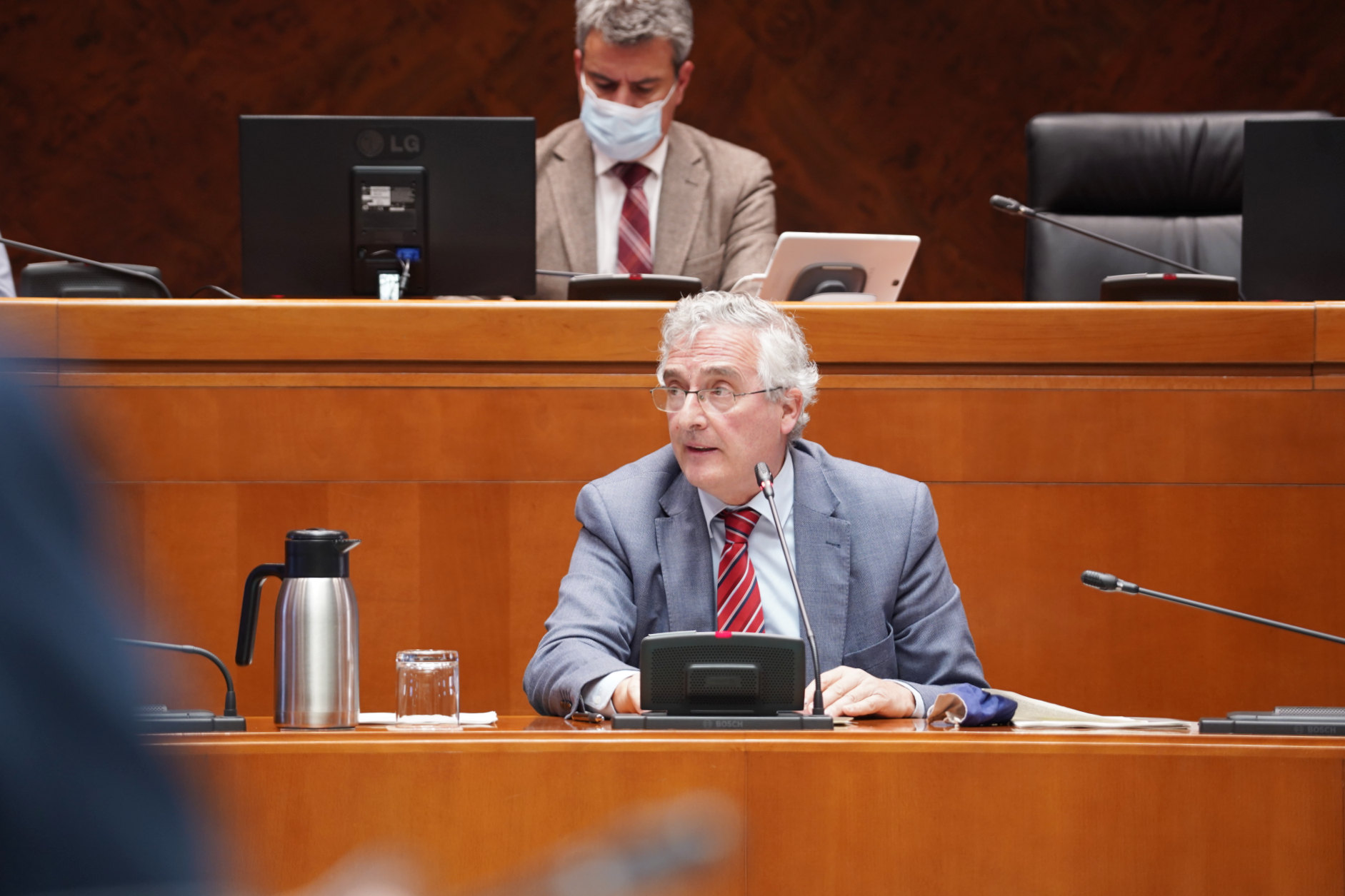 Olona stressed that this is the most “ambitious” budget in the history of the Department, both in terms of figures and the management challenge that European funds represent for economic recovery. He also placed special emphasis on the fact that, of the €862.68M to be managed in 2022, €243M will be applied through direct execution or subsidies for investments, “which will contribute to favor the establishment of the bases for the modernization of the productive structure, necessary to face the effects of the crisis”, he said.

“Our budget has a direct impact on the productive system, mainly through a system that, like the agri-food system, accounts for more than 10% of GDP and more than 12% of total employment in the Autonomous Community”, he said, but also in innovation and knowledge, in essential public services such as sanitation and purification, forest fire extinction, plant and animal health or food safety; as well as in the fight against depopulation, against the inequality of income suffered by farmers and with the inequality of opportunities that the rural world still suffers, as well as in the fight against the gender gap, especially pronounced in agriculture, against climate change and against the loss of biodiversity”, he added.

The counselor has guaranteed the full absorption of the funds from the EAFRD that co-finance the Rural Development Program 2014-2020, whose full implementation will end in 2025 (after the extension of the years 2021 and 2022), and for whose implementation the Department of Agriculture has implemented a strategy of accelerated implementation that has proved very effective, placing the Autonomous Community at the head of the national scene and even in the European ranking. At present, the level of execution of the EAFRD exceeds 86% and more than 94% of the funds have been committed.

In 2022, the budget under the RDP increases by 16.6% and will be €137.79M, which is again above the minimum annual average execution of €105M required by the financial path. 20M€ will come from the extraordinary Next Generation funds.

The CAP budget for direct payments under the first pillar amounts to €454.3 million. An amount that not only guarantees full payments to beneficiaries despite the end of the 2014-2020 period and the new post-2020 CAP not having been approved yet, but also ensures the payment to new beneficiaries that have been incorporated, especially young people incorporated during the last few years.

The Aragonese agri-food industry increases its budget by 50% and in 2022 will reach €22.8M. In terms of promotion, the commitment is to continue with the actions undertaken within the campaign “Aragón Alimentos Nobles. What you see, is” campaign. 4.5M€ have been allocated for this purpose, which practically doubles the amount of 2021. As a novelty, they will be executed within the framework of public-private collaboration through the Association of Agricultural Industries of Aragon (€1.4M), actions with SARGA (€0.7M), and promotion of quality products Designations of Origin (€2.4M). This new system is intended to advance in the establishment of synergies and in the collaboration with the sector itself, which constantly emphasizes the need to advance in commercial promotion actions, even more so in the current situation of health and economic crisis, where profound changes are being experienced in the structure of food demand and consumption.

The Government of Aragon will continue to support mountain areas, doubling the allocation for compensatory compensation to €12M. Similarly, the amount allocated to agricultural practices in favor of the environment and the climate is increased by nearly €3M to €17.7M.

Support for the modernization of farms and the incorporation of young people into the countryside increased by 23% to €24.2M -including €3.2M financed with MRR funds for precision agriculture and energy efficiency-.

Also included are €10.1M (10% more than in 2021) for investments promoted by Local Action Groups (LEADER), to which are added €3.1M for cooperation and operation; €2.9M for innovation cooperation groups; €28.2M for agricultural infrastructures and €14.6M to subsidize the creation and modernization of irrigation systems.

In the area of health, safety and food quality, the budget includes a special effort in livestock sanitation campaigns, compensation for disease eradication, pest prevention and compensation for the destruction of plant material. All this, with the explicit purpose of contributing to the new paradigm ‘ONE HEALTH’, which is taking shape as a result of COVID-19. The budget also includes a new item of €3.5 million financed with MRR funds and earmarked for by-product and manure management systems in livestock farming (€2.4 million), which will enable progress to be made in reducing emissions and diffuse pollution, and to improve biosafety (€1.1 million).

The Department intends to continue improving the coordination and management of agri-environmental services with €1.2 million to promote the process of digitalization of administrative procedures and processes and €1.3 million to continue renewing the fleet of vehicles (an amount that will be completed with an allocation of Next Generation MRR funds in excess of €1 million).

The Directorate General for Agricultural Production will significantly strengthen environmental integration in the agricultural sector through two important lines: €17.7M for agricultural practices in favor of the environment and climate, and €760,000 to support beekeeping farms.

In the environmental area, forest management stands out, with a significant increase in its budget (41%), multiplying by 2.5 the amount allocated to investments, reaching €15.7M. Likewise, in the area of the natural environment, the budget allocated to investments for the conservation of biodiversity and protected areas in Aragon is multiplied by four, amounting to €5.5M. 2M€ is also guaranteed for the municipalities whose municipalities include territory in the Protected Natural Spaces.

For the development of the Aragonese Climate Change Strategy (EACC 2030), €450,000 will be allocated; and €208,000 for the revitalization of the Environmental Education Strategy-EAREA. Likewise, the Interpretation Centers will be boosted with €1.4 million.

The fight against Lindane continues to be a priority area of action within the Department and the budget for 2022 is also increased by 12.5%, reaching €6.9M.

In the Aragonese Water Institute, investments amount to €15.9 million, an increase of 5%; financing for the direct operation of wastewater treatment plants rises to €56.6 million and the execution of the Pyrenees Wastewater Treatment Plan is consolidated, which currently has €52 million committed out of the total €100 million foreseen.

What is Go Aragón?

The most popular festivals of this summer 2022 in Aragón