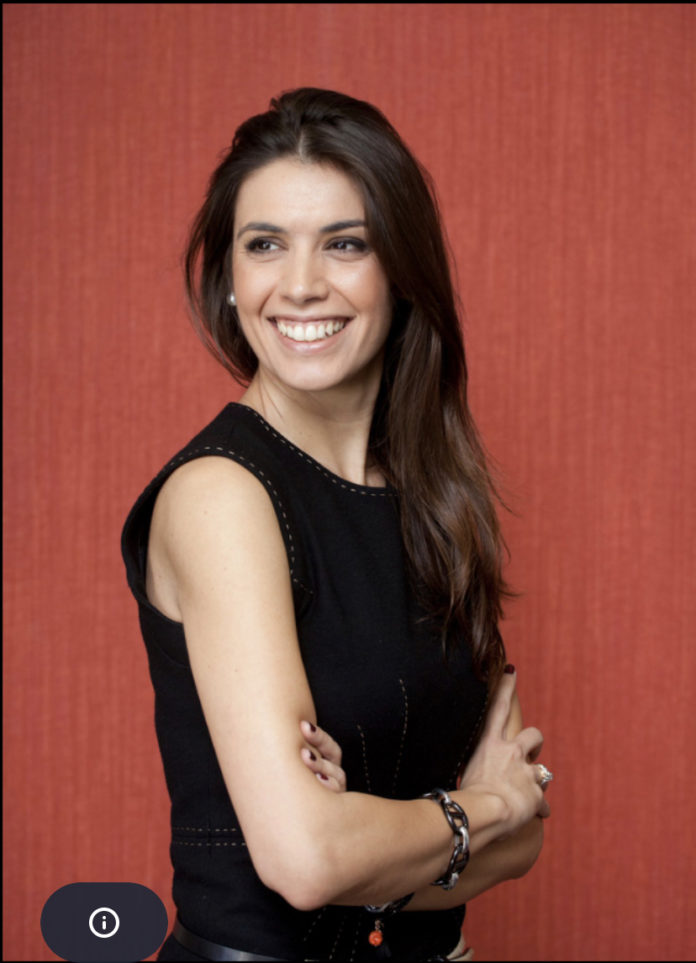 Cristina Llop (Zaragoza, 1978) has a degree in Law from the University of Zaragoza and a Master’s Degree in Legal Practice from the same university. She has been considered one of the 20 most influential women in the Spanish legal profession. She is currently a partner in the Dispute Resolution and Litigation areas of Écija, an international multidisciplinary law firm.

She has been practising law for more than 15 years and has participated in the institutions of the legal profession. She is the former president of the Spanish Confederation of Young Lawyers (CEAJ), advisor to the General Council of Spanish Lawyers (CGAE) and also its deputy secretary of communication and marketing.

Did you study law as a vocation and does it run in your family?

My father was a lawyer, but he retired before I finished my degree. I watched my father, who had his office at home, and I didn’t want to be like him. The telephone sessions, the phone calls at ungodly hours, the heartaches. When I thought about studying I would say: anything but a lawyer. In the end, life takes you and look. It wasn’t vocational, I studied at the University of Zaragoza. It cost me a lot and I didn’t like it at all, because it wasn’t approached from a practical point of view and the beauty of law is precisely that, knowing how to manage people’s conflicts. That’s when I saw the sense of the profession.

Why did you decide to join institutions related to young lawyers?

At that time, I didn’t have much of an institutional life. A colleague of mine wanted to run for the presidency of the Zaragoza Young Lawyers’ Association and I joined as a member to support a friend. I had no aspirations at that time. Every time we think about it now we laugh.

I attended the regular meetings of the Spanish boards. And I started to like it and I became more and more interested in institutional life, because I realised that there are things that can only be changed through associations. At that time, David Díez, president of the Spanish Confederation of Young Lawyers, proposed that I become a member. After two years he left and I presented myself as national president, and was lucky enough to be elected. I stayed for two years, which is what I had committed myself to. At that time I was already 38 years old and I did not see myself capable of representing young lawyers. In addition, I have been linked to the Association of Young Entrepreneurs of Zaragoza (AJE), as I was on the board and I continue to collaborate with young entrepreneurs and lawyers. 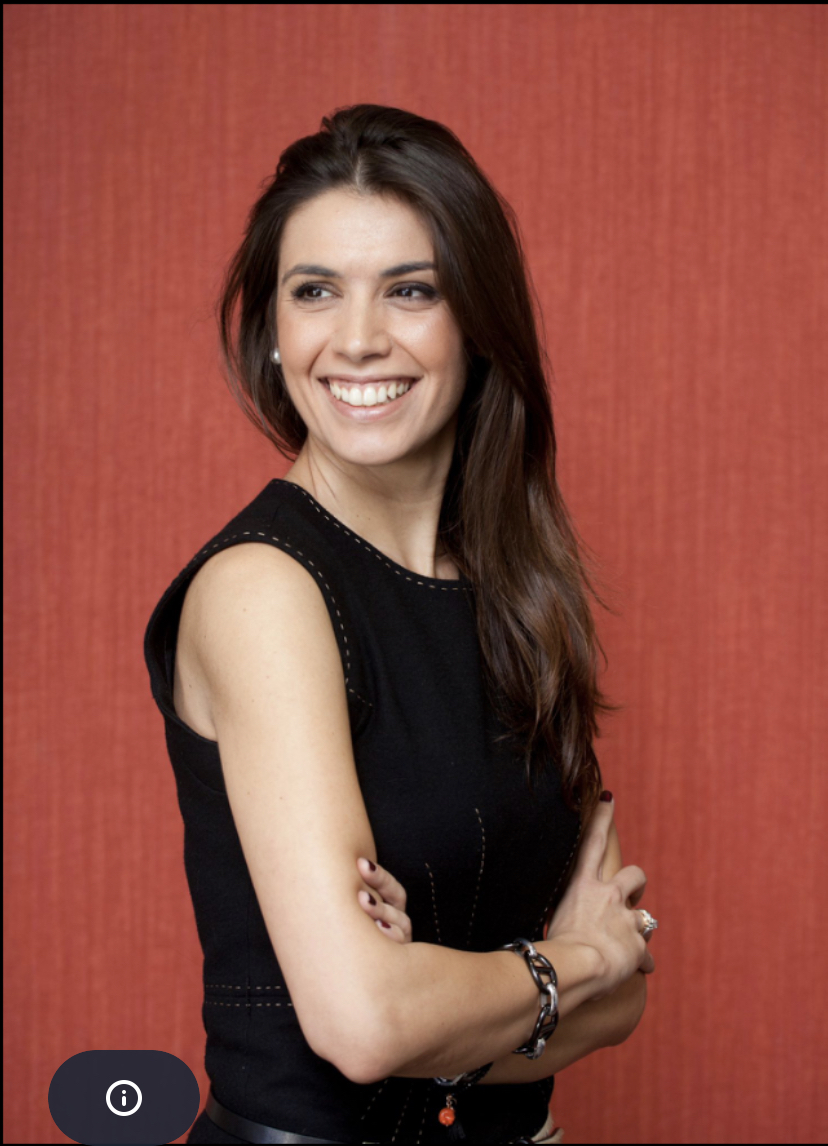 How did you become a member of the Consejo General de la Abogacía Española (CGAE)?

The highest body of the Spanish legal profession is the plenary, made up of the deans of each bar association in Spain (83), the presidents of the regional councils of the legal profession and 12 councillors elected by the former from among jurists of recognised prestige. I was elected as such a few months after leaving CEAJ. In addition, the president chooses from among them all those she considers to occupy positions of special responsibility, and in my case I have held the position of Deputy Secretary for Communication and Marketing of the Council for the last four years.

What have you learned during this time in the institutional world?

Major reforms are not achieved from home and require institutionalisation. It is not a pleasant job, because successes often seem to be given as gifts, and failures are the result of personal guilt. Both institutionally and professionally, the first lesson I have learned is that we must all pull in the same direction or things don’t work out. Furthermore, I have also learned that when one associates professionally or gets involved in institutional life, one must do so with humility and generosity. Humility to recognise the successes of others, and generosity to make concessions to your own detriment for the common good.

You have been a member of Ecija Zaragoza for five years. What are Ecija’s objectives for 2021?

We have made a strong commitment to expansion in Latin America, and we aspire to continue growing, maintaining the stability of what we have already achieved. We have grown a lot in recent years, with international awards that have recognised our good work. Now we are focusing on expanding and maintaining what we already excel in.

You are considered one of the most influential women in the Spanish legal profession 2020. How does it feel?

Very lucky. I know many female colleagues who deserve it more than me, the bad thing about rankings is that they always fall short. I wouldn’t have achieved what I have done if I hadn’t been surrounded by people much better than me, by teamwork. My greatest merit has been choosing the people I have taken with me on this journey.

The list of influential women that she is part of is not a mixed list. Although there has been an increase in the number of women in the profession, the gender gap and glass ceilings are still evident. Only 19% hold the position of partner in large firms.

There are still very few female partners in management positions, either because of decisions by third parties or because of their own decisions. There are women who do not get promoted because they decide to do so themselves, in order to take care of their families. Personally, I think this is as valid a decision as any other, but as long as it is not taken out of social convention but out of their own conviction. We have an educational problem that we have to work on.

How do you contribute to making the role of women in the legal profession more visible?

I don’t know whether or not I contribute to making it visible but, without a doubt, the positioning of women in management positions within our institutions or law firms serves to demonstrate our capacity to do so. I have not had great difficulty in reaching the positions I have held, but I know that other women have. This is a problem in all areas, not only in the legal profession. I know that there are women colleagues who dedicate many hours to their offices, but then they are not given the option of promotion because it is thought that when they have to choose between client or family, they will prioritise the latter. My impression is that it is because of this and not because of other criteria, such as the professional value of women, which is widely accredited.

What is your role in Women in a Legal World?

It is an association to promote female talent in the legal sector. We organise many sessions to make the role of women managers more visible, to promote relationships between us to encourage the support we have to give each other. We are sometimes our own villains, and this association tends to the twinning of women in the sector. It is a tremendously active association that I can’t work with as much as I would like to.

Is there a lot of competition among women in the sector?

Women are competitive in themselves and we are often the ones who put ourselves in the way. It is not only the male gender that holds us back and we have to be aware of this. We have an educational problem that we have to overcome together.

Facebook
Twitter
Pinterest
WhatsApp
Email
Suscríbete a nuestro boletín
Artículo anteriorEsther Borao: “The potential you have from a technological institute is multiplied”
Artículo siguienteJosé Amoretti-Córdova: “The professional competence I see most in Aragon is the resilient spirit, people never give up”

Maestrazgo and Sobrarbe-Pyrenees: geoparks in Aragon to discover the geological and cultural wonders of the region

Carlos Mangado: “A fundamental error in the organization of events is not having time to imagine things”