Since announcing their alliance and the creation of their joint company in November 2021, Alter Heaven, DeuSens and Playoffnations have shown that the synergies that unite them have made them grow and become stronger than ever. A new proof of this has been the Helixa Innovation Awards, in which the projects of DeuSens and Playoffnations have won two of the five awards presented, introducing, in addition, a third project among the ten finalists. 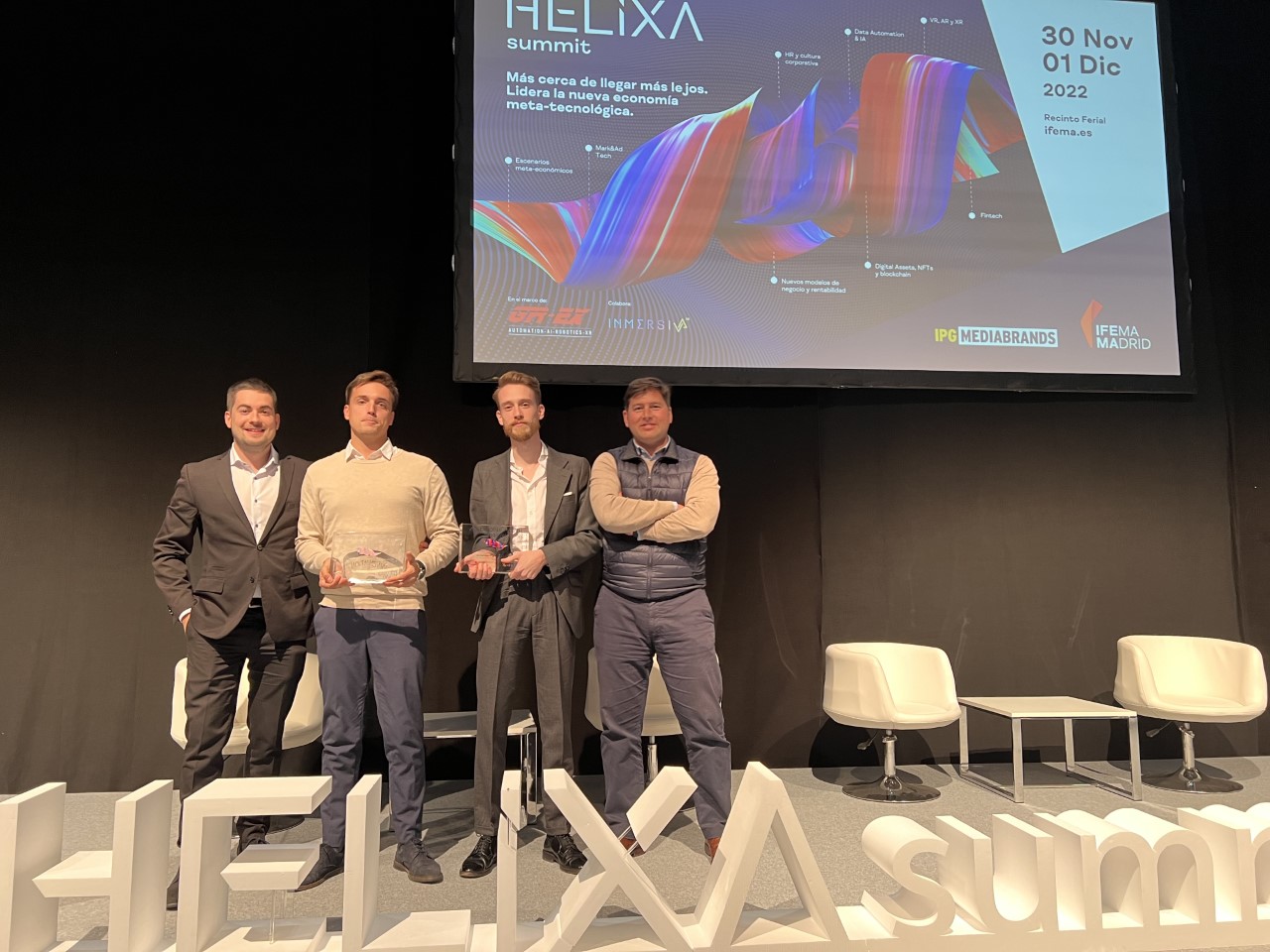 The Helixa Innovation Awards were the first awards organized by INMERSIVA XR, the Extended Reality Association of Spain. These awards have aroused much interest in the XR sector and their competitiveness was very high with projects submitted by most of the companies that make up the XR sector in our country.

The jury in charge of selecting the award-winning projects was made up of specialists and referents in different technological fields, belonging to companies such as IBM, Telefónica, ISDI, or Wunderman Thompson, among others, who decided to choose the virtual environment of the Valencia Marathon in Roblox, created by DeuSens for Telefónica, and the virtual campaign in Fortnite called “MetaMarkt”, carried out by Playoffnations for MediaMarkt, as two of the five most innovative projects at national level related to Extended Reality.

As for the award-winning DeuSens project, it is the “Valencia Running Experience”, a virtual environment developed in Roblox for Telefónica and the Valencia Marathon whose main objective was to create a new communication channel through which to promote the culture of running among the new digital generations. A project that places the Valencia Marathon as the most innovative in the world to be the first to make the leap to the Metaverse and have its own virtual environment. Its success has been such that the organizers of the Valencia Marathon have decided to use this new tool in an initiative dedicated to promoting sport in Valencian schools and colleges.

For its part, the Playoffnations project awarded is the best Spanish-speaking virtual campaign carried out in the video game Fortnite. Through the creation of a customized island for MediaMarkt and NTT Disruption and the subsequent viralization campaign carried out with influencers, the Valencian agency managed to promote a new business model based on the virtual world. The success of the project was based on exploiting a channel that has millions of daily users, which MediaMarkt was able to impact thanks to the gamification strategy proposed by NTT Disruption and Playoffnations and executed by Playoffnations on the island created in Fortnite, called “MetaMarkt”.

A milestone for both companies that, together, stand as the big winners of the Helixa Innovation Awards, demonstrating their current position as benchmarks in the realization of Extended Reality projects and the creation of virtual environments in the Metaverse.
In the words of Álvaro Antoñanzas, COO and co-founder of DeuSens: “This is a truly exciting recognition that gives great value to all the effort and work done by the team for months. On a personal level, it’s very exciting, the perfect end to a great year for DeuSens and another proof that we are on the right track.

None of us could have imagined in 2014, when DeuSens was just the final year project of 3 students from Zaragoza, that 8 years later we would be here, not only collecting this award, but being able to generate value on a daily basis through our Hiperexperiences for major national and international brands.”

For his part, Marc Pérez, CEO and co-founder of Playoffnations: “We were very proud of the work done with the project and the “MetaMark” campaign, but this award reinforces that feeling even more. Without a doubt, it demonstrates the innovation and dedication put by every member of Playoffnations in a project that has been capital for us this year. And this is just the beginning, brands are starting to understand this new technological ecosystem and joining this new revolution that has just begun.”

Facebook
Twitter
Pinterest
WhatsApp
Email
Suscríbete a nuestro boletín
Artículo anterior
Routes in Ordesa not to be missed
Artículo siguiente
Luis and Rómulo Royo: “To be creative you have to challenge yourself, you don’t have to be comfortable or fall into routines”

Discover one of the most typical traditions of Spanish Christmas. The Nativity Scenes