March 21st is the International Day of Forests. From Go Aragón we want to celebrate it with Fernando Ojeda, founder of (R)Forest Project and responsible for the planting of the Japanese forest in Zaragoza within the Zaragozanos Forest 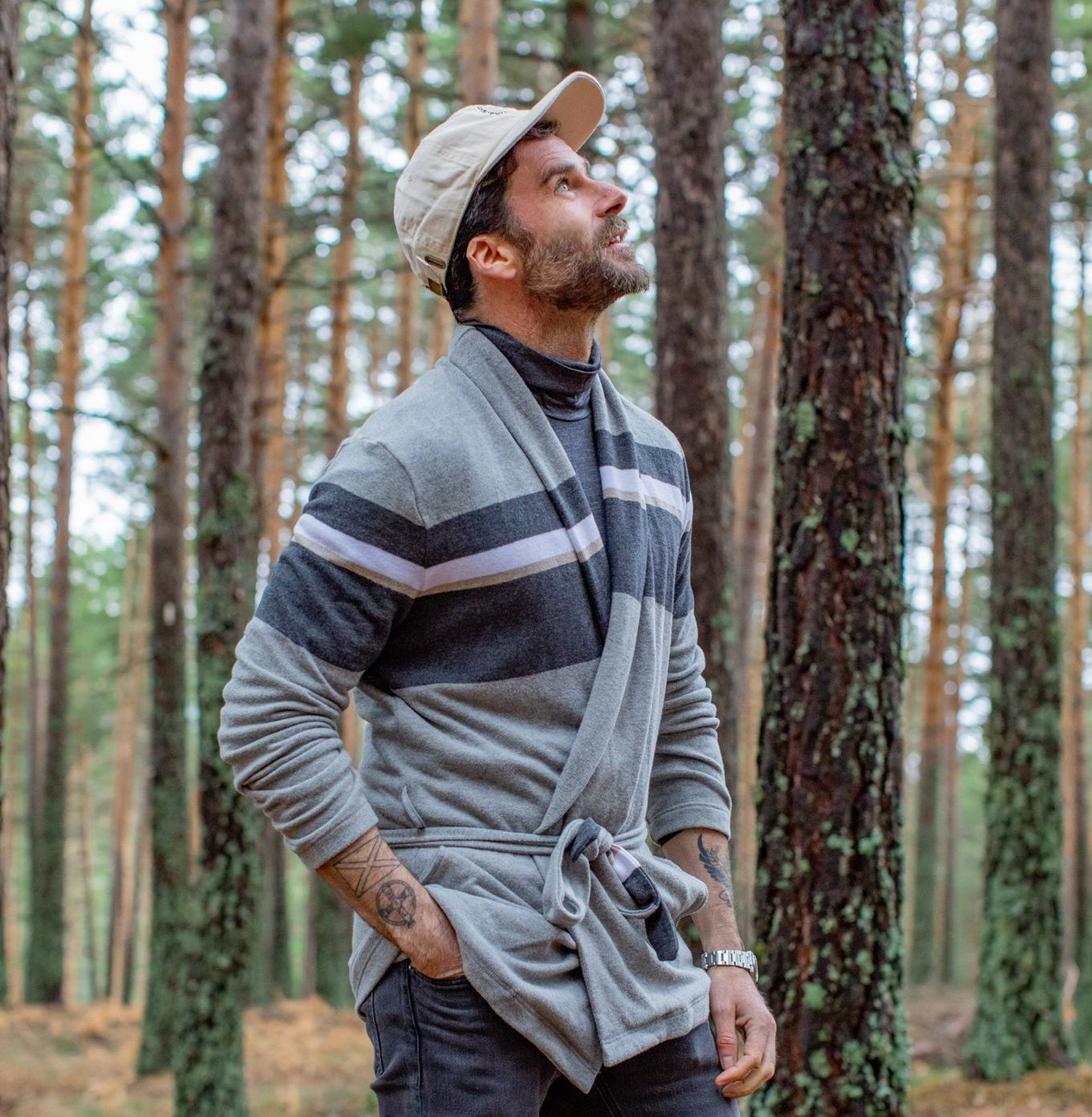 From night businessman and model… to planting trees. Where did the idea of (R)Forest Project come from?

I come from a totally different world, from the nightlife and nightclubs in Madrid. I also worked and still work as a model for different brands. When I was going to be a father I realized that my figure as a father was hollow, I had a great lack of values when it came to transmit to the eyes of a child why dad left home, which was to work to earn money. Why this obsession to earn more and more? If I analyzed well and honestly that excuse, I realized that deep down I could stay at home, and not live obsessed with competitiveness when deep down I was going to take care of the upbringing, which is the most beautiful thing in the world. As for modeling, the same thing, deep down what’s behind it is a vanity business.  I had ambition on the one hand and vanity on the other, and it was how my daughters were going to see me. I thought that I would like to be seen as an active, productive, creative worker, but that not everything is ambition and vanity. I decided to start a non-profit reforestation company, so that my daughters would see that dad is going because he is an altruist and wants to be an activist, with the good meaning of the word: to be active against climate change. That’s how I started (R)Forest Project, I set it up with my own funds and resources I had; I made it something very familiar and domestic, so that my daughters could share with me those work spaces where I could teach them the importance of empathy, commitment to the planet, the environment?

How did you get trained? Did you know anyone in the sector?

It is something that comes from my cradle. My family has always been dedicated to the sustainable cultivation of poplar forests and it’s something I’ve always been interested in. My family did it for profit, and this is not. I started to study and learn about it, I did it in a domestic way, it wasn’t professional at first… Until the first sponsor came in. It was unexpected. When I set up (R)Forest Project I was working as an image for Montblanc and in a photo shoot they sent me to, I was all the time in my free time, looking at the trees. They were interested in it, they thought it was a very nice idea and Montblanc (Richemont Group) became the first sponsor. Everything began to take on a professional dimension and I decided that I had to equip myself with a much more professional structure. Fortunately I had among my friends a forestry engineer, an environmental lawyer and I asked them for help. We put together a team to be able to do a study, understand how the laws work, permits on public lands, certificates, phytosanitary passports, native species… The first planting was in February 2019 and we have already planted 40,000 trees.

How does (R)Forest Project work?

We make forests and plantations for companies. After Montblanc, other brands started to get interested and with the 2030 Agenda everything multiplied exponentially. We realized that there were many people who wanted to plant under different parameters like ours: we don’t do linear plantations, we don’t plant small trees because although they are cheaper 80% of small trees die, and so we convinced them that it was better to spend a little more on large trees and on plantations that promote biodiversity and not linear plantations. There was a large niche of people, brands, institutions that wanted to see reforestation from a more friendly, empathetic and harmonious point of view with aesthetics, and we have followed this line of operation and more and more brands are supporting us. We have already planted 40,000 trees with companies and groups such as Estee Lauder, Birkenstok, Alfa Romeo?

What about city councils?

The plantations we do are on public land and we have agreements, more than 50, with many city councils such as Zaragoza, Madrid… The Zaragoza project caught our attention because the challenges they have set themselves are very ambitious and that is something we like to see. 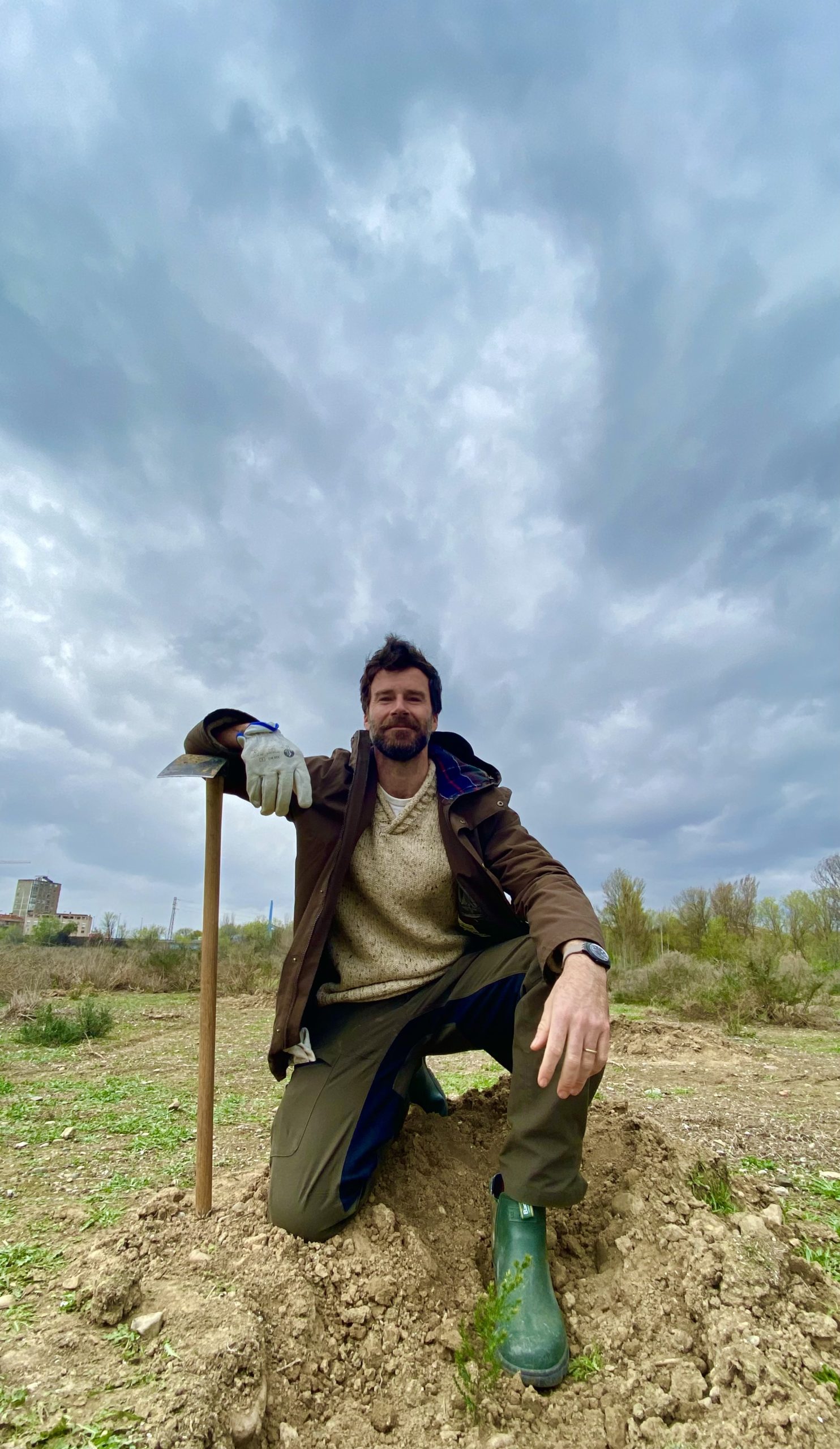 In Zaragoza you are participating in the Bosque de los Zaragozanos with an urban forest that follows the Miyawaki technique. What does it consist of?

This technique promotes above all biodiversity and land regeneration, it is not pure reforestation in terms of placing trees in a row and mapping an area. It is to understand this as the birth of the heart of a forest that will grow independently. To do this, we simulate the foliage and the variety of the heart of a forest by mixing dominant species with shrubs and aromatic species very close to each other and that makes insects appear, birds nest… In monocultures there is no life because they are exposed to predators. The Miyawaki forest develops in a circular way and then grows and regenerates. What we do is help the forest to grow and when a sponsor plants with us we add circular rings to the forest. In Zaragoza we have made a representation with an urban Miyawaki, but no more rings will be added.

The project has expanded internationally, where are you present?

What do you think about cities including forests in their urban environment?

It is the healthiest thing to do in the current circumstances. It has been proven that the quality of life that comes from living with nature is the most necessary thing, and even more so after the confinement where everyone has missed nature. Not only for aesthetics or moods, but also for health. Trees are gigantic filters that are constantly filtering CO2, emitting oxygen and cooling and lowering temperatures.

You live in Madrid and have visited Zaragoza, how different are they in terms of green spaces?

I always give the example of the city of Burgos, because for my taste it is at a very high level in the way of understanding the unused urban spaces and turn them into reforestation area, with the introduction of natural elements for children’s play, such as wood, plants … Madrid and Zaragoza are on a good line, there is much work to do, but I think Zaragoza is ahead of Madrid. It is good to see that more and more institutions are opting not to put rubber floors, plastic elements…

You say that they improve but the reality is that the reforms that are made in the two cities, opt for squares with lots of asphalt and little trees …

Yes, unfortunately this is still happening with some urban projects and I am not very happy with that, but I keep the good things, that there are projects that are beginning to pull and what I do is to champion them and that the citizens understand them, demand them and talk about them.

Yes, in (R)Forest Project we have 3 legs: one is R)Forest Project and we are dedicated to planting autumn and winter trees; starting in April we do Bee Forest Project, a transhumance and placement of pollinators and bee hives to activate pollination in all the forests we have planted. From May 1, we took the boats out on the water and became Reforest Ocean, with an expedition for underwater reforestation and another one called Expedition Salvamares. In this one we are dedicated, with two agreements we have with a fishermen’s guild in Portugal and another one on the Costa Brava, to the recovery of floating plastics and with all the plastic we recover we turn it into textile bobbins to make blankets for homeless people. This is our way of using an element that should not be in the sea to turn it into something that has a function.

So you are already reforesting by land, sea and air?

I recently uploaded a storie on Instagram that showed me with a sign with the three logos of the pillars of Refores in which it said that. There is only the fourth element left, fire, and I don’t like it.

Get to know the Aljaferia Palace (Zaragoza), the palace that inspired Verdi

Valentine’s Day in Aragon: getaways and plans just for two