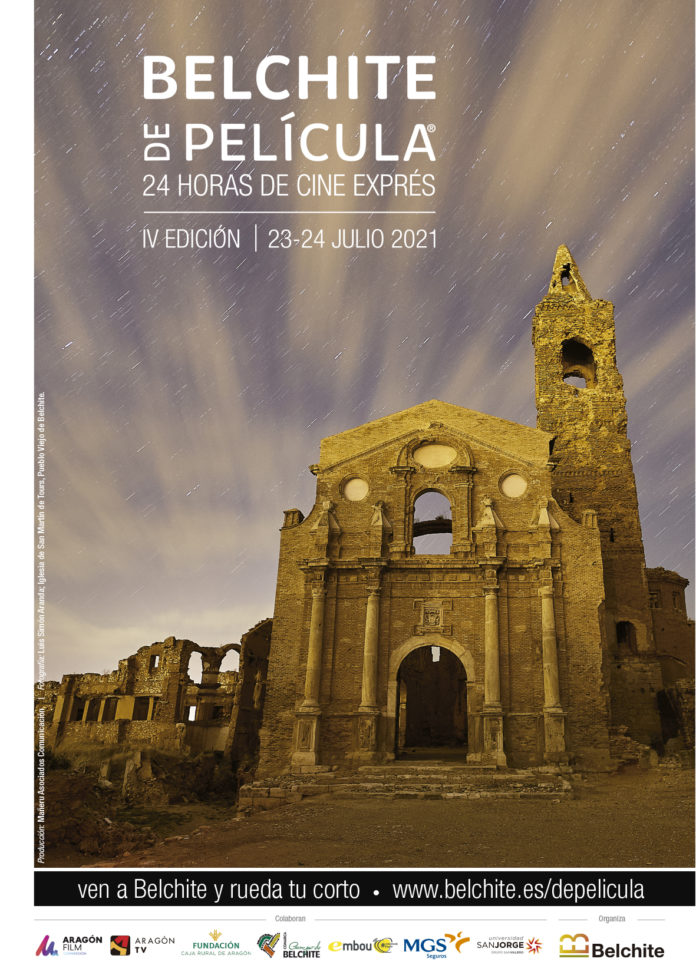 Around 120 people from nine Spanish provinces will compete in the rapid filming contest on July 23 and 24.

The contest will begin with the communication of the word and the object that must appear in the short films.

In the framework of ‘Belchite de Película‘ will take place “La noche del cortometraje” and the inauguration of the exhibition “La Biblia a través de los carteles de cine” (The Bible through film posters).

Twenty was the maximum number of teams that could participate in the IV edition of ‘Belchite de Película / 24 hours of express cinema’ and twenty will be the ones competing for the award for best short film on July 23 and 24. Belchite once again successfully becomes a film set and around 120 people from nine Spanish provinces will come to the town: Alava, Almeria, Barcelona, Burgos, Huesca, Madrid, Navarra, Teruel and Zaragoza, which places the fourth edition as the one with the largest national scope.

“Among the participants are people who have already won the contest in previous years, such as Santi Ric, winner of the ‘Best Male Interpretation’ award in the first and second editions; the team ‘Escena y merienda’, from Arganda del Rey (Madrid), which won the top prize, the ‘Belchite de Película’ award, in the second edition, and the teams ‘Suicide Squad’ and ‘Luz’, winners of the ‘Public’ award in the first and third editions respectively,” explains José Ramón Mañeru, coordinator of the contest. 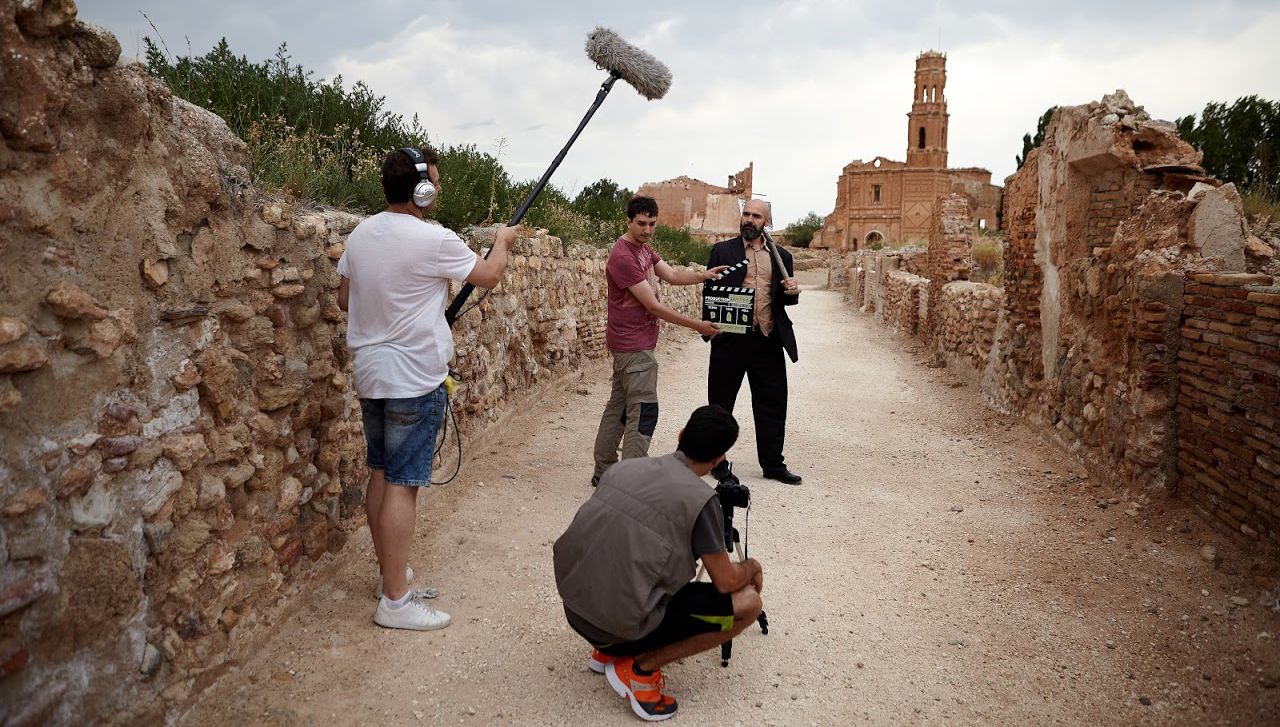 This confirms that “‘Belchite de Película’, as well as Belchite as a film set, continue to arouse interest. This year we even have ‘reserve’ teams, since we have exceeded the limit of registrations,” says Carmelo Pérez, mayor of Belchite. Both Mañeru and Pérez emphasize “the attraction of Belchite and the interest it arouses in the audiovisual sector, both Aragonese and national. Belchite’s commitment to cinema and youth is stronger every year, and the town is consolidating as a hotbed of entrepreneurial projects in different audiovisual fields”.

Participants must make their short films in Belchite with the premise of shooting and editing in 24 hours. The creative pieces, of between 3 and 6 minutes, will be of free theme, and at least two recognizable locations of Belchite or the Old Town must appear in them. In addition, they will have to include of obligatory way a key word and an object that will be communicated to the participants before beginning the contest, at 12:00 hours of Friday 23.

The jury in charge of choosing the winning short films of this IV edition will be composed of Ana Bruned, specialist in make-up, characterization and special effects; Daniel Calavera, short filmmaker and film critic in Aragón Cultura; Javier Macipe, scriptwriter and director; Ana Mainar, Councilwoman of Culture of Belchite’s Town Hall; Sara Martín, director of Contents and Programs of CARTV; Carmen Pemán, director of the Film Festival of La Almunia (FESCILA) and Patricia Roda, producer and director. The awards for which the participants will compete are: ‘Belchite de Película’ Award (1,500 euros), Accésit ‘Belchite de Película’ (600 euros), ‘Public’ Award (600 euros), ‘Best female performance’, ‘Best male performance’ and ‘Best script’. The latter will be awarded by the San Jorge University.

The contest is possible thanks to the organization of the Belchite City Council and the collaboration of the Aragón Film Commission, Aragón TV, Fundación Caja Rural de Aragón, Comarca Campo de Belchite, Embou, MGS Seguros and Universidad San Jorge. 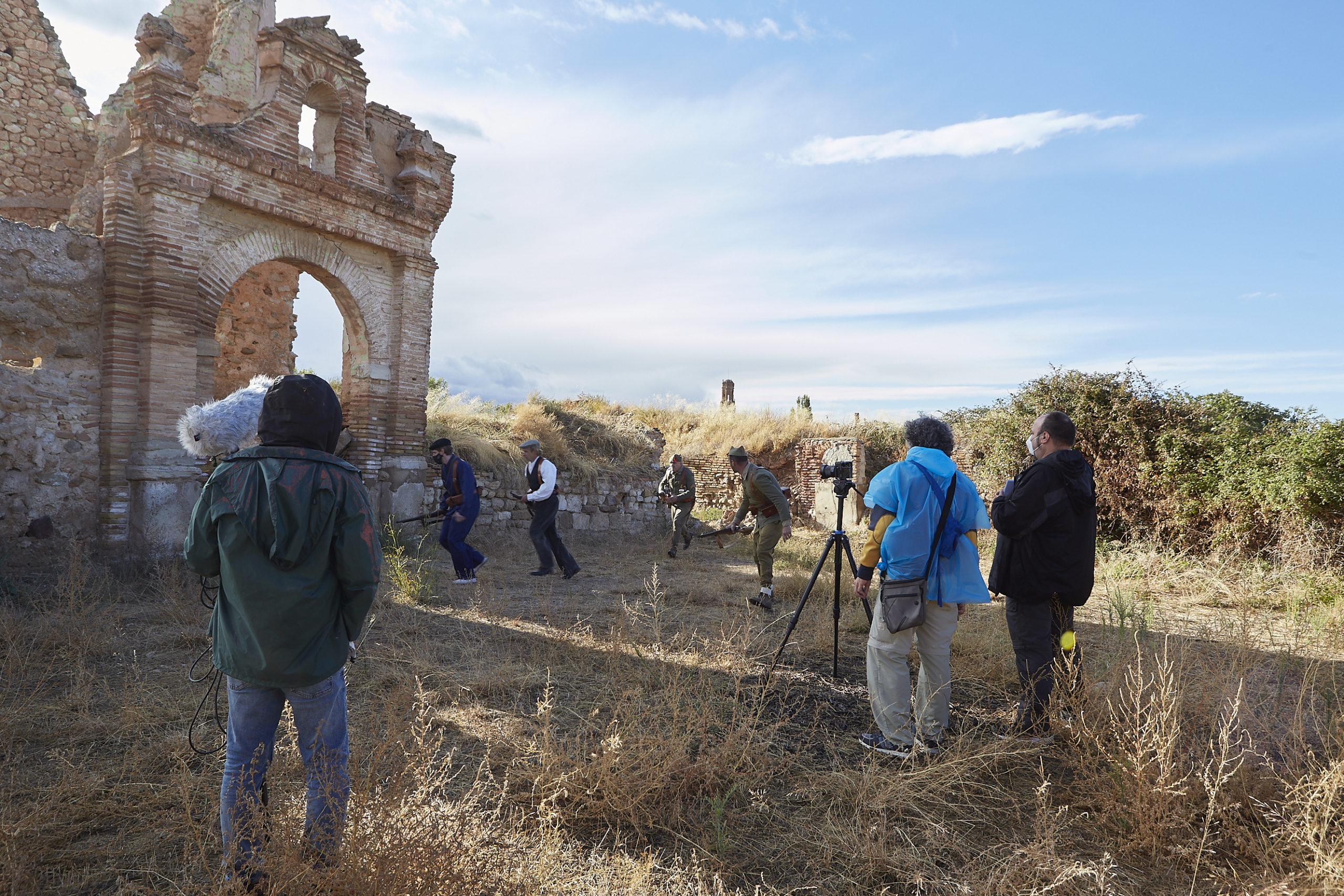 The Saturday prior to the celebration of the contest there will be an open day in Belchite for those registered for the contest. The objective is that the photography managers of each team can decide in advance which locations are ideal for their short films. Thus, a tour will be made with them through the areas of the Old Town available for filming and other possible locations in nearby places -always within the municipality- that have an undoubted visual value will be discussed.

Belchite de Película’ will begin at 11:00 a.m. with the convocation of all the participating teams at the Teatro de Belchite. There, the recording day will be organized, instructions will be given and the words and objects that must be included in their audiovisual pieces will be revealed.

At 8:00 pm, “La noche del cortometraje” will take place at the Teatro de Belchite, with free admission until full capacity is reached (tickets can be booked in advance at the local Tourist Office). Attendees will watch six short films with a strong Aragonese accent, since their directors are linked to the Community: “Niño balcón”, by the recent winner of a Goya for Best New Director Pilar Palomero; “Un millón”, by Álex Rodrigo, director in series such as “La casa de papel” or “El último show”); “La comulgante”, by Ignacio Lasierra, starring the main actress of “Las niñas”, Andrea Fandos; “Yo confieso”, by Saúl Gallego and starring Verónica Forqué as the only actress; “Gastos incluidos”, by Javier Macipe, nominated for the 2021 Goya Awards; and “Una vida asegurada”, by the Murcian filmmaker Jesús Martínez Nota, starring the Aragonese actress Luisa Gavasa.

At 12:00 noon will be the deadline for the presentation of short films to compete for one of the awards of the IV edition of “Belchite de Película”.

At 1:00 p.m. the exhibition “La Biblia a través de los carteles de cine”, by Antonio Perales Doblas, illustrator, collector and poster designer, will be inaugurated. It can be seen at the Teatro de Belchite until August 29 every Friday, Saturday and Sunday, from 7:00 pm to 8:00 pm.

The awards gala of “Belchite de Película” will take place at 8:00 p.m. at the Teatro de Belchite and admission will be free until full capacity is reached. A screen will also be set up in the fronton to follow the broadcast.

Marta Gastón: “Top management positions are important, but so is equality in the workplace”