It is one of the oldest pedigree festivals in Spain. Without this forced hiatus, it would have already exceeded three decades of existence. But the International Festival of Cultures of Pirineos Sur is an unmissable event of the summer for lovers of the latest sounds from around the world. 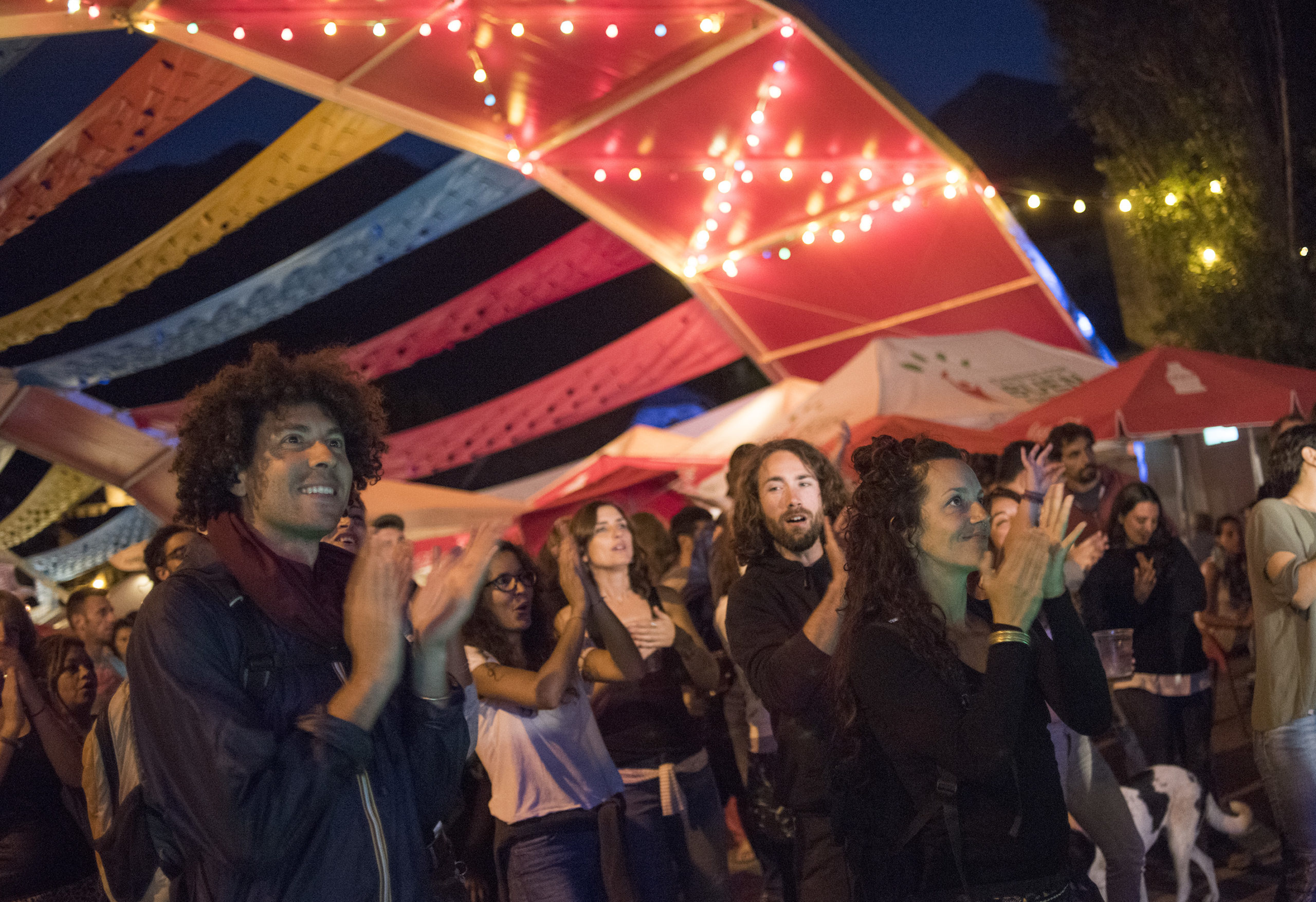 What is the Pirineos Sur festival?

It is one of the oldest pedigree festivals in Spain. Without this forced hiatus, it would have already exceeded three decades of existence. But the International Festival of Cultures of Pirineos Sur is an unmissable event of the summer for lovers of the latest sounds from around the world. The 2022 edition will be the XXIX and it returns after two years of absence with one of its most eclectic and varied lineups, with big names like Residente, Goran Bregovic, Rozalén, Estopa or Crystal Fighters…

Why should you go this summer?

This summer you can once again enjoy its open-air amphitheater and floating stage over the Lanuza reservoir, which will come alive with the rhythm of concerts. The Balkan rhythms of Goran Bregovic, the haunted violin of Ara Malikian, the uninhibited flamenco of Estopa and Maruja Limón, the hip hop of Resident and Rayden, the folk rock of M.O.D.A or the African sounds of the duo Amadou & Marian are some of the proposals included in the program of the Pirineos Sur festival, among other significant names. The program will be rich and daring, with a wide variety of genres: hip hop, Balkan music, electronic, pop, rumba, rock, flamenco, African rhythms … 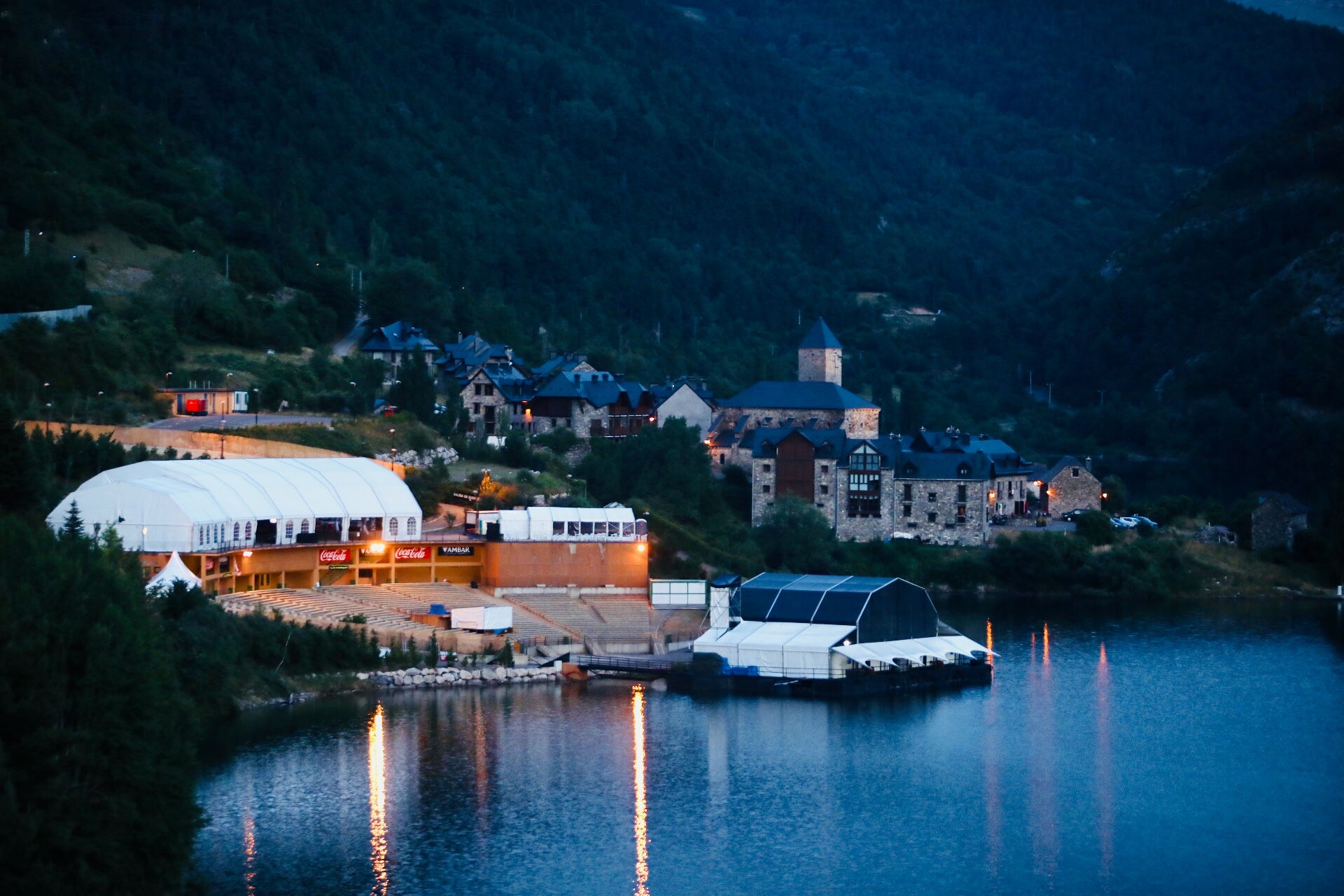 Its 2022 edition will be the XXIX and returns after two years of absence with one of its most eclectic and varied lineups, with big names like Residente, Goran Bregovic, Rozalén, Estopa or Crystal Fighters until now, as there are still four days to unveil.

The festival, which will be held from July 15 to August 6 at the Lanuza Auditorium, will continue the renovation of sounds and infrastructure that began in its last edition two years ago. This summer, the open-air amphitheater and floating stage over the Lanuza Reservoir will once again be available for enjoyment with concerts by Rayden, Fuel Fandango, Amodou & Marian, La M.O.D.A, Travis Birds and Ara Malikian, among other big names. The program will be rich and daring, with a wide variety of genres: hip hop, Balkan music, electronic, pop, rumba, rock, flamenco, African rhythms … And there are still several important names to confirm for the last weekend and Thursday 21.

A festival that continues to defend its leadership in the national and international festival scene, not only as a reference in terms of melting pot of genres and pioneer in the commitment to roots rhythms, but also because of its format. It is located in the Tena Valley, in the heart of the Aragonese Pyrenees, and offers an experience that goes beyond music. On the waters of its reservoir or among its high peaks, this festival allows you to enjoy its concerts while practicing nature tourism: canoeing, hiking or other adventure sports, or simply contemplating its wild landscapes and rich gastronomy.

Rumba and flamenco without complexes to launch the festival

This will be the first time that Estopa will be on the floating stage of Lanuza, to open this year’s edition, on Friday, July 15. They are one of the main representatives of the revival of Catalan rumba. So it was almost an unpaid debt that was owed to the brothers Muñoz. While continuing to attract thousands of fans over the past 20 years, they have never had any problems connecting with the young audience. “La raja de tu falda” and “Vino tinto” are hits that sound as good today as when they were written. That day they will be accompanied by Maruja Limón, a quintet that already proved itself at the festival two years ago, with its mix of rumba, flamenco, pop and Latin rhythms. On Saturday 16, hip-hop will be the star of the show. On the one hand, with an old acquaintance of Pirineos Sur, Residente; and on the other, with one of the most successful artists of recent years, Rayden. Two artists with a similar vision of how to raise hip-hop to its maximum power, an organic hip-hop with strong bands. The first weekend will end on Sunday the 17th with two groups that make fusion their raison d’être. The Bosnians of Dubioza Kolektiv, full of Balkan rhythms, hip hop, ska and rock; and the Valencians of Zoo, who have fun mixing electronic music with Mediterranean and Latin rhythms, turning their songs into anthems.

On Friday, July 22, it will be the turn of two duos with very different approaches, but with the same objective: to keep tradition alive by updating it. Amadou and Mariam will return to Pirineos Sur to demonstrate once again why they are one of the most important projects in African music; and Fuel Fandango will make its debut at the Huesca festival to revolutionize Lanuza and make the whole valley dance with their infallible mixture of flamenco, pop and electronic music. But if we talk about dance music, we must talk about Crystal Fighters. They dazzled the audience on their last visit four years ago and are sure to do it again on Saturday, July 23. On the same day, another band that is much talked about, Tu Otra Bonita, will demonstrate their good work. On Sunday, one of the most international Aragonese groups, B Vocal, will close this intense weekend.

The month of July will end with a series of concerts that will offer an even greater variety of styles, combining experience and youth. On Thursday 28, one of the most promising new Spanish indie bands, La M.O.D.A., will perform. This acoustic septet with folk, blues, rock & roll and punk influences, from Burgos, will take advantage of the visit to present their new fifth album, “Nuevo Cancionero Burgalés”. They will be joined by one of the most charismatic voices of the Aragonese scene, Viki and The Wild, who also present their first album, where they unleash their passion for soul and rock. On Friday 29, it will be the turn of one of the most popular soloists of recent years in Spain, Rozalén. On the same day, she will be accompanied on stage by Travis Birds, another singer-songwriter who positions herself as one of the most singular female voices and will take us on a journey to her “Costa de los Mosquitos”. Change of register, Saturday 30 will be the night of Balkan rhythms. Goran Bregovic will return to a stage that has given him so much joy, and the Balkan Paradise Orchestra, a brilliant Catalan group with incendiary live performances, will be there for the first time. On Sunday, it will be the turn of the indomitable Ara Malikian, who will come to present a new show supported by a great band that will close the July program.

Tickets for the festival are now on sale at www.pirineos-sur.es. Prices per day range from 20 to 45 euros (plus booking fee). Weekend tickets are also available for purchase. The first one will cost 60 euros, and the next two, 70 euros.

Children under the age of eight will be able to purchase free tickets, with a maximum of one child per adult.

From the Bridge Pavilion to the Solo Houses: the most recognized architecture in Aragon