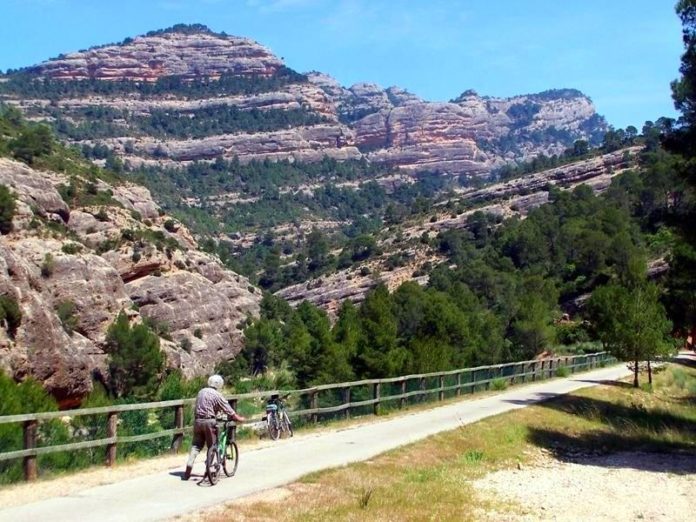 The old railway line converted into a path crosses three regions of Teruel and runs 130 kilometres between cliffs, tunnels, viaducts and with the Mediterranean nature as the protagonist.

Did you know that one of the best destinations for travelling is in the province of Teruel? This has been recognised by the prestigious British newspaper The Guardian, which has highlighted the Val de Zafán Greenway as one of the 20 best travel discoveries of 2020. Other destinations compiled in the list belong mostly to the United Kingdom and are places such as Salisbury, South England, Dorset, Scilly Isles, Somerset, Suffolk Marshes, Herefordshire, the small nature reserve of Chilterns, the fishing district of Aberdeen, Powys, Richmond Park (London), Cumbria, the Loire Valley, Kent, Carinthia (Austria), Bratislava, Berwick-upon-Tweed, the river Tirino (Italy) and the city of London. 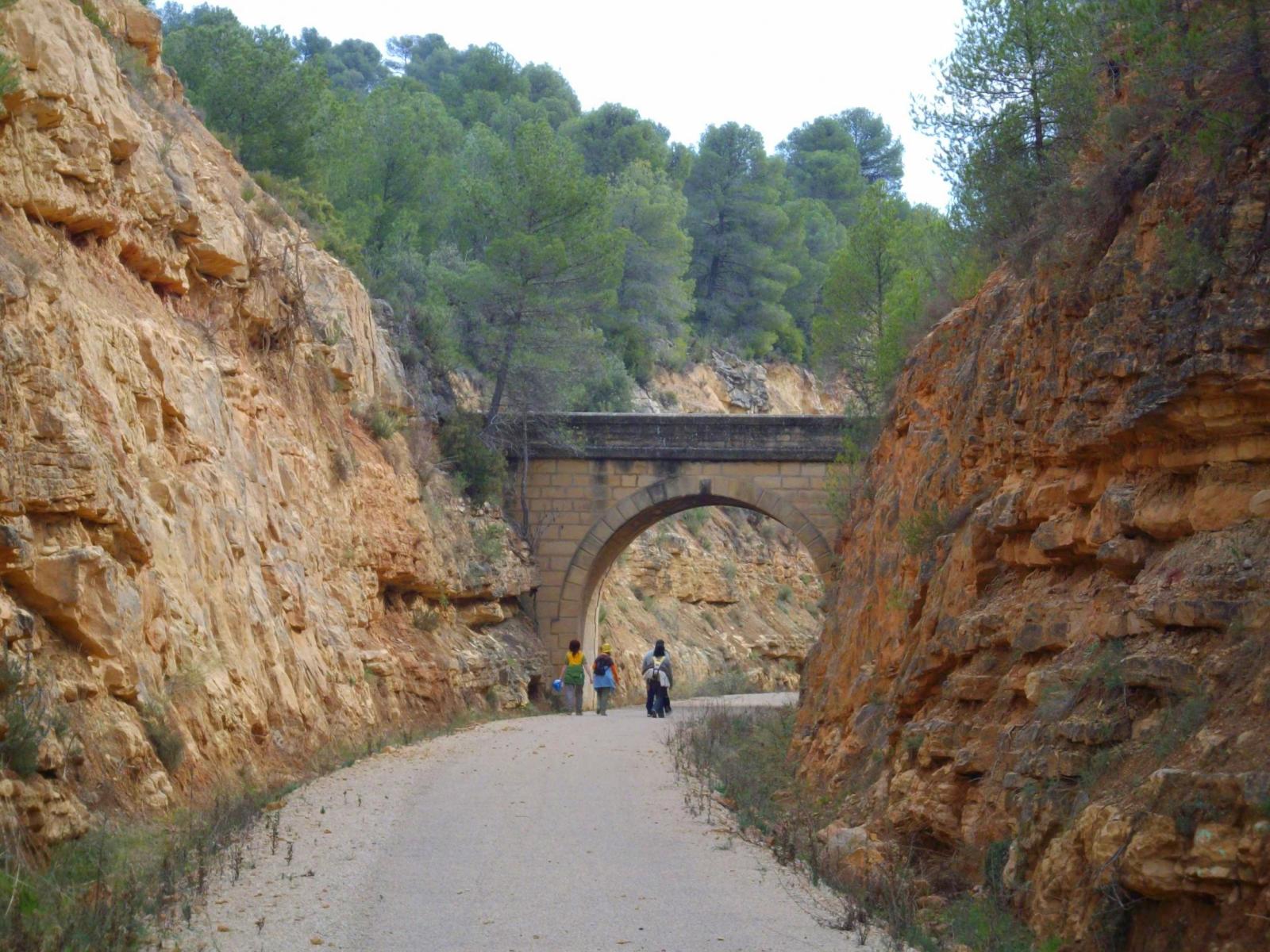 The Vía Verde del Val de Zafán is an old railway line converted into a greenway and cycle route linking Puebla de Híjar (Aragon) with Tortosa (Catalonia). The 130-kilometre journey (the second longest greenway in Spain) follows crystal-clear watercourses to the great river Ebro through the Teruel regions of Bajo Martín, Bajo Aragón and Matarraña, until it reaches Catalonia. This route is very popular with cyclists and allows them to follow routes through protected natural areas and history. The route is a mixture of spectacular landscapes full of viaducts and tunnels with restored train stations with new uses, such as cafés.
Lois Pryce, the author of the Guardian article and other publications and books such as Revolutionary Ride, made the journey between January and February 2020 (just before the pandemic began) and was “blown away” by the landscape. Of the route, she praises the conversion of some train stations into rest and recreation areas, some of them with cafés and coffee shops, which she says are “very welcome”. He also highlights the presence of rivers and natural pools in which to bathe “when the heat gets too hot”.

From the route you can see the Ports of Beceite and in the Catalan section of Els Ports, Pryce appreciates “its cliffs and limestone waterfalls, which provide a backdrop reminiscent of the American West”, to which is added the vegetation of the Mediterranean pine forest and scrubland interspersed with large expanses of olive trees, almond trees and vineyards; and infrastructure such as tunnels, elevated viaducts and medieval hermitages. Specifically, the track passes through the two-kilometre-long Equinox Tunnel, where the spring and autumn equinoxes occur, when the sun crosses the tunnel from side to side. This event, which takes place twice a year (on 26 March and 17 September), arouses the interest of many visitors, although the tunnel cannot be crossed for safety reasons.

The route from Valderrobres is practically downhill, making it a perfect activity for everyone. The 70% of the people who do this service, at least in the Catalan part, is 70% and it is not surprising, because in recent years there has been a proliferation of bicycle rental companies in the area (Cretas, Valdealgorfa, Alcañiz…) which also provide a pick-up van service in Tortosa to avoid having to make the return journey uphill.
The story of a railway failure

The Val de Zafán Railway is a project that never came to fruition. The first efforts to build a railway linking the port of San Carlos de la Rápita (Catalonia) with Puebla de Híjar, in Teruel, date back to 1863. The Aragonese interest was to have an easy access to a sea port from where they could export their products.
The first 32-kilometre section between Puebla de Híjar and Alcañiz was inaugurated in 1895 and the extension to Tortosa was not achieved until almost 50 years later, in 1942. Only the Civil War could accelerate the construction of this section due to the war needs of Franco’s side, since the railway line played a key role in the Battle of the Ebro. In fact, the workers who carried out the last phase of the works were Republican prisoners themselves.

The “sarmentero”, the name by which this train was known as it crossed an area planted with vineyards, only lasted 31 years, during which the section from Tortosa to the port of San Carlos de la Rápita was not even completed. In 1973 it was definitively closed and the reconversion to a greenway began with the dismantling and removal of the tracks in 1995. This Nature Trail-Greenway has been carried out within the framework of the Ministry of the Environment’s Nature Trails Programme with the help of the county and town councils.

Facebook
Twitter
Pinterest
WhatsApp
Email
Suscríbete a nuestro boletín
Artículo anteriorJosé Amoretti-Córdova: “The professional competence I see most in Aragon is the resilient spirit, people never give up”
Artículo siguienteAragon, the land with the largest production of black truffle in the world

Paula Gómez de la Bárcena: “Every woman has an inspiring story to tell”

The Philharmonia Orchestra of London at the Zaragoza Auditorium