The objective of this campaign, carried out in collaboration with FCC, is to raise awareness and educate about this problem in Zaragoza, as well as its consequences for health and the environment. 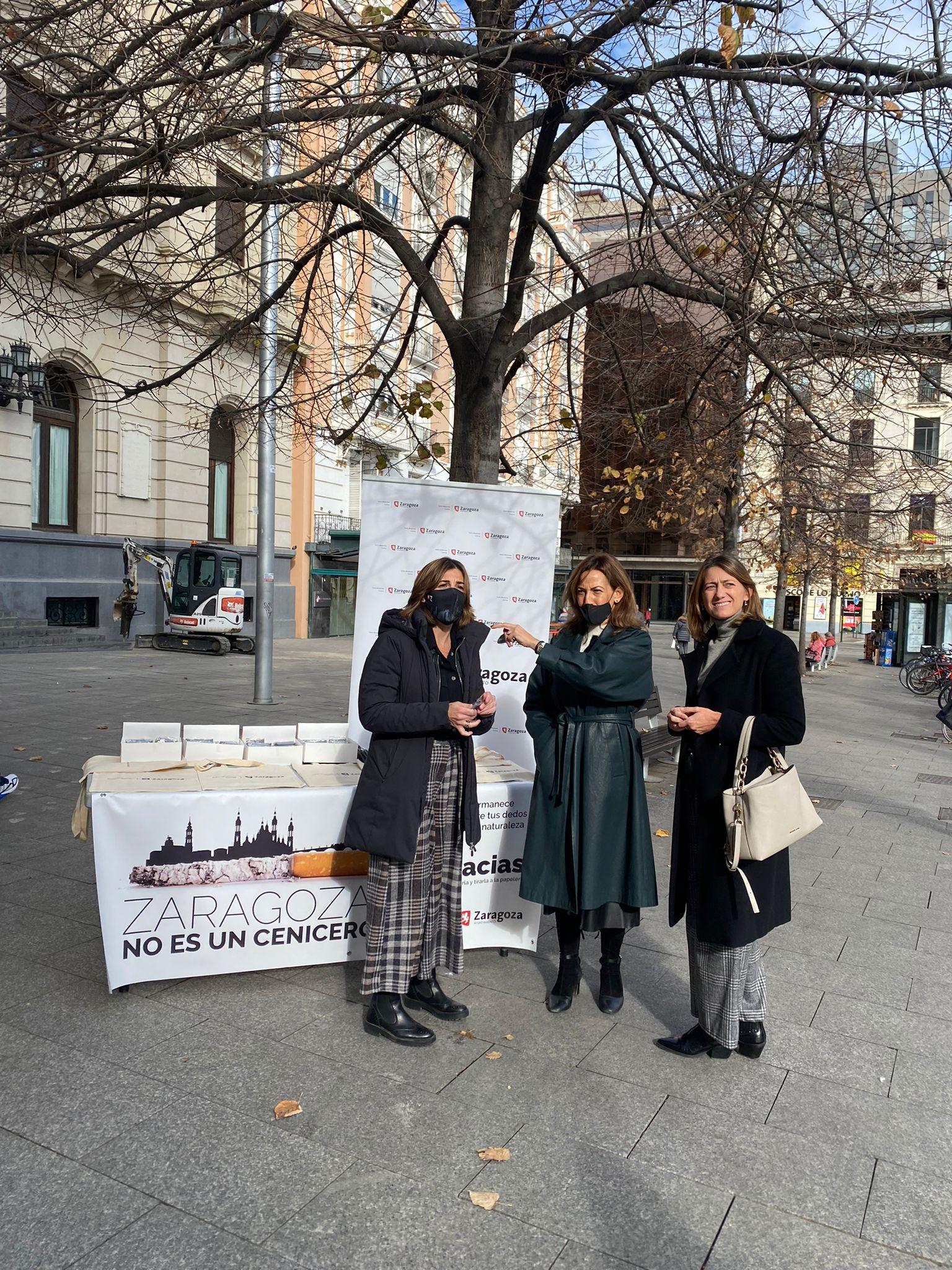 The Municipal Board of Zaragoza’s Downtown District has distributed this morning, at two points in the city center, fireproof purses that allow cigarette butts to be put out and put away. The objective, as explained by its president, Carolina Andreu, is to support the campaign “Zaragoza is not an ashtray” promoted by the Public Services and Mobility Area.
“The awareness of avoiding waste in the city and contributing to the improvement of the environment is an obligation of all citizens. Today,” explained Andreu, “we wanted to raise awareness among the residents of the Downtown District by distributing these ashtrays. We want the Center, like the rest of the city, to be clean for the benefit of all”. 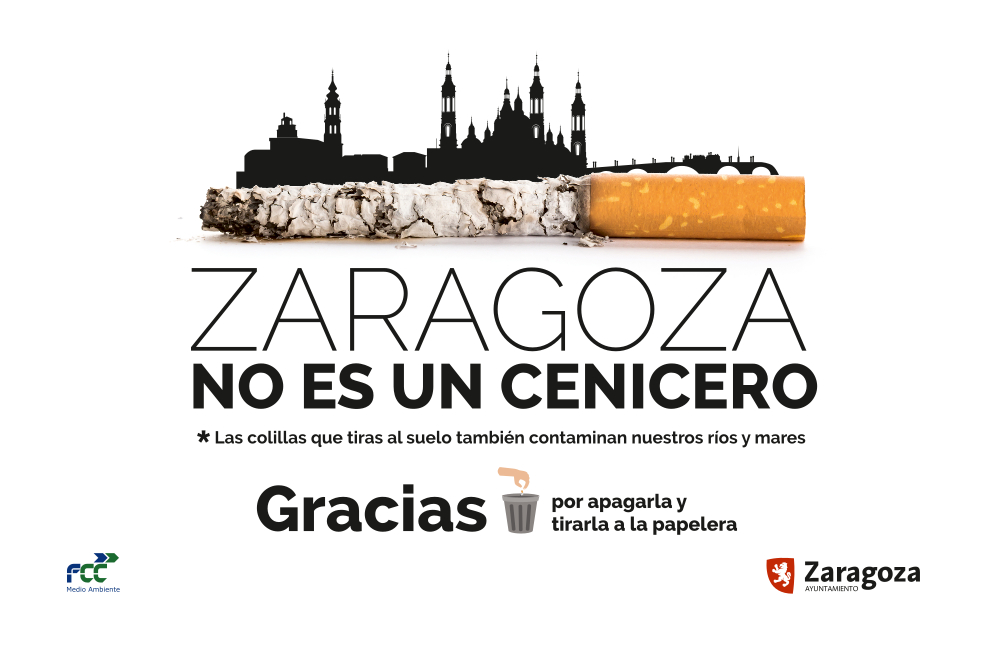 This campaign is in addition to others that have already been carried out or are underway, such as the one that raises awareness about cleaning up dog excrement, both solid and liquid. Dogs also litter and, in addition, deteriorate the public furniture. The Consistory also insists on the importance of not depositing garbage outside the containers, since it is a focus of attraction for pests such as rodents and cockroaches, or the importance of not feeding pigeons or other animals on the public highway, an aspect that will be the subject of another upcoming campaign.

One cigarette butt can contaminate 50 liters of water.

Although people are not usually aware of it, being an a priori “small” waste, throwing cigarette butts on the ground generates significant environmental and public health damage. A single cigarette butt contains more than 70 carcinogenic substances and contaminates 50 liters of fresh water and 10 liters of salt water. Many cigarette butts end up in the city’s rivers and can reach the sea. In addition, many people are unaware that cigarette butts account for 40% of the waste collected from the streets by public cleaning services.

Both filters and cigarette smoke contain high percentages of cadmium, a metal that is toxic to both health and the environment, so some specialists even recommend treating them as hazardous waste.

Although the municipal ordinance of Public Cleaning, Collection and Treatment of Waste of Zaragoza sanctions (article 19) throwing “small waste” such as cigarette butts on the streets or public spaces, the reality is that many smokers keep the bad habit of throwing them on the ground.

The aim of this campaign, which was launched throughout the city a few months ago in collaboration with FCC, is to raise awareness and educate about this problem in Zaragoza, as well as its consequences for health and the environment.