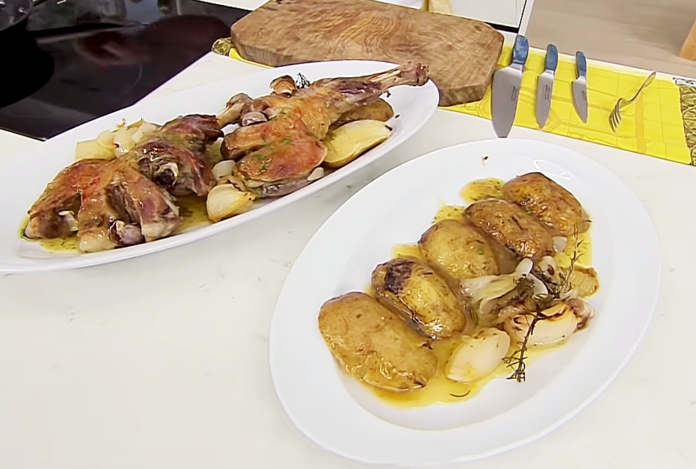 Quality, honesty, authenticity and nobility. Aragonese food is a reflection of the character of the people and culture of Aragon. As a food producing and processing region, the community has been able to give value to food products through differentiated quality figures, which generate confidence and security, and be transparent throughout the process. For this reason, Aragon has protected designations of origin (PDO), protected geographical indications, foods with the “C’alial” quality guarantee seal and other certifications such as food craftsmanship, organic production or integrated production.

Today we would like you to discover the five protected designations of origin PDO Aragón, the figures that best represent the tradition and personality of this land.

This is the first fresh meat to be accepted as a specific denomination in Spain (currently a PGI). It is tender, juicy and, above all, very tasty. Ternasco de Aragón is a young lamb fed from birth on mother’s milk with cereals, i.e. the milk is supplemented ‘ad libitum’ with white straw and concentrates. Ternasco de Aragón is slaughtered when it is less than 90 days old and its carcass weight varies between 8 and 12 kilos. Its most typical preparation is roasted with potatoes, and in this way it constitutes one of the most typical and traditional dishes of Aragonese gastronomy. We suggest 7 places where you can try it in different ways in Zaragoza.

Teruel Ham and Paleta de Teruel is the first ham with Protected Designation of Origin in Spain and included by the European Union in the list of European products of special quality. This is quite an achievement for a product that requires special environmental conditions for curing, such as those of the highlands of Teruel, with their cold, dry climate. Both the ham and the shoulder undergo this careful curing and maturing process.

The ‘perniles de Teruel’ are obtained from pigs born in the province, crossbred, fed with natural feed, controlled and slaughtered at around 8 or 9 months of age. When cut, the ham has a shiny appearance with partially infiltrated fat. The flavour is mild and not very salty. Look for the Mudejar star in the fire in the whole pieces; this is the real Teruel ham.

The marketing season for the authentic Calanda Peach is from the end of September until the end of October or the beginning of November, depending on the weather. Outside this period, you should be wary of anything that says it is Calanda Peach. The black label will also help you to differentiate this peach with its unbeatable appearance and unique flavour. Its uniform colour, between cream and straw yellow, and its firmness and juicy, velvety flesh are the result of meticulous care, as the peaches are pampered one by one. Each DO Melocotón de Calanda peach is bagged one by one on the tree during the last two months of growth.

Near Zaragoza, around the town of Fuentes de Ebro, a unique onion is grown because of its mildness: it is sweet and does not sting. The Cebolla Fuentes de Ebro DOP is the only onion in Spain that enjoys the quality seal of Denomination of Origin. It is still seasonal, being marketed from mid-July to February. The spring onion can also be purchased during the summer months. Due to the quality of the land where it is grown, the Fuentes de Ebro onion is a tender and crunchy onion. In terms of flavour, it is sweet, mild, digestive, with little sharpness and no or slight aftertaste in the mouth.

Aceite del Bajo Aragón is produced in Bajo Aragón, between the provinces of Zaragoza and Teruel, with a cultivated area of 37,000 hectares and an average density of 70 olive trees/ha. It is made up of 77 municipalities. It is one of the most favourable areas in the world for olive growing and one of the best olive oils in the world is produced here.

This extra virgin olive oil is made mainly from the Empeltre variety and, on occasions, with small proportions of Arbequina and Royal. The oils from this Protected Designation of Origin give a glimpse of the smell of the earth, the countryside and the air. With a clean appearance and a colour ranging from golden yellow to old gold, Aceite del Bajo Aragón DOP is pure bottled gold. Find out more about Aceite del Bajo Aragón.

Oil from the Sierra del Moncayo

The oils of the Protected Designation of Origin Aceite de la Sierra del Moncayo, which recognises the Arbequina, Negral, Verdial, Royal and Empeltre varieties, the last one being the queen of them all, are produced in the shelter of the Moncayo mountain range, in the olive-growing regions of Campo de Borja and Tarazona. These oils are balanced, unctuous and shiny, with an olfactory evaluation that presents fruity aromas of green and ripe olives and dried fruits; it has unique properties that make it different from the rest of the olive-growing areas.

Aragon is a land of good wines, which is why, in addition to PDO foodstuffs, Aragon also has Protected Designations of Origin for Wine. They are Calatayud, Campo de Borja, Cariñena, Somontano, Aylés, Cava.

Bernal: “I don’t know if it’s because of the Ebro water, but there has always been a big comic market in Zaragoza”

Sádaba: the town dominated by its medieval castle