Zaragoza is promoting itself at FITUR 2022 as the new Ibero-American Capital of Sustainable Gastronomy, unveiling the extensive agenda of activities prepared to celebrate for a year this recognition, which will make the city the international headquarters of the gastronomic sector. 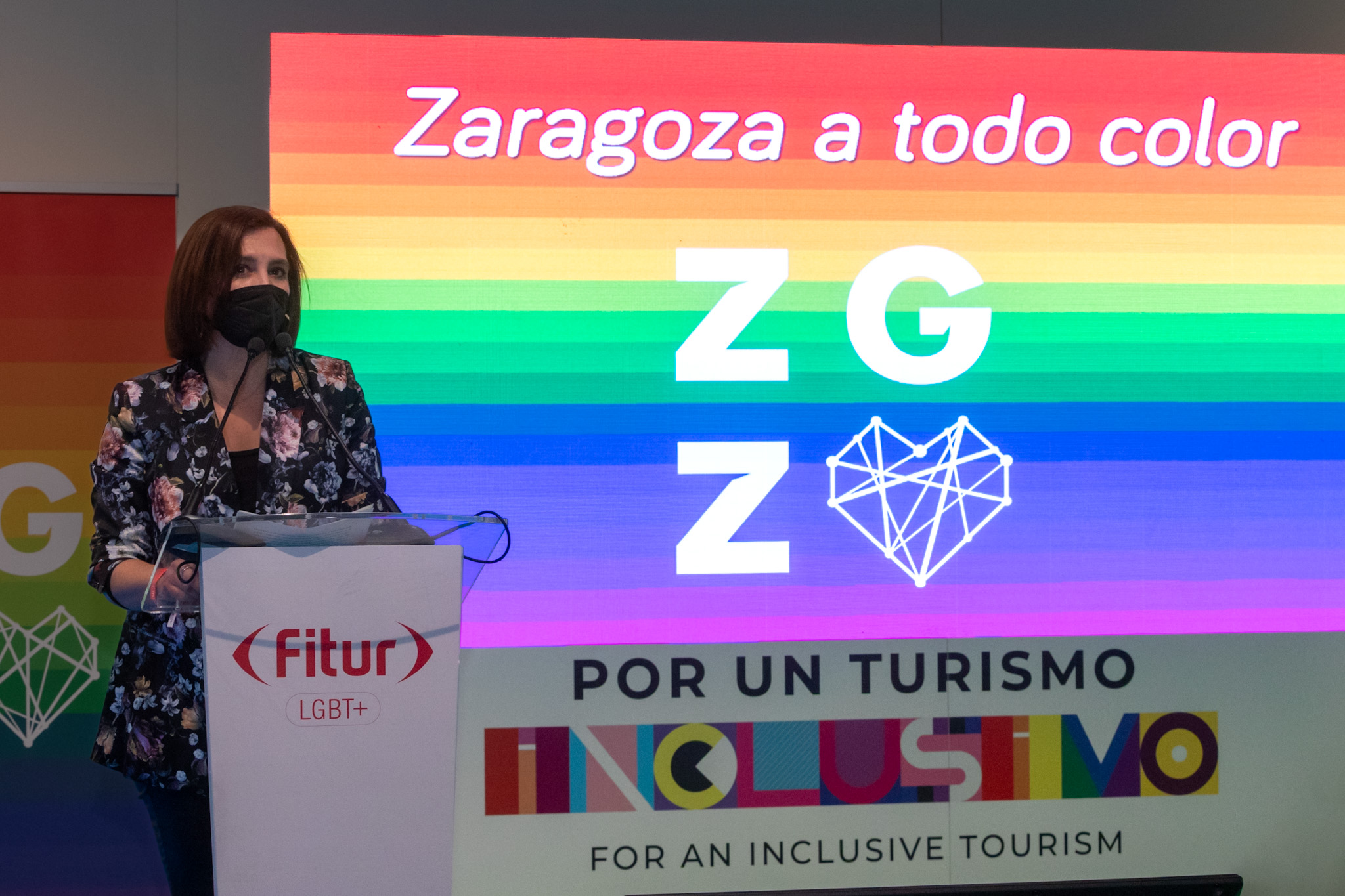 This year the Aragonese capital is participating in FITUR with three stands, two of them dedicated to cinema and LGBT+ tourism, and a third within the space of the Government of Aragon. With this deployment, similar to last year’s, the city will be present at the tourism industry’s benchmark fair, which will be held from January 19 to 23 at IFEMA Madrid with almost 600 exhibitors, and is expected to attract close to 100,000 visitors.

A delegation from Zaragoza, headed by the Deputy Mayor and Councilor for Culture and Outreach, Sara Fernandez, participated this Thursday in FITUR, where the day dedicated to the city was celebrated. The main event took place at 12:00 noon in the Government of Aragon space, located in Pavilion 7, with a focus on the Ibero-American Capital of Sustainable Gastronomy, which will be held for one year starting July 1. 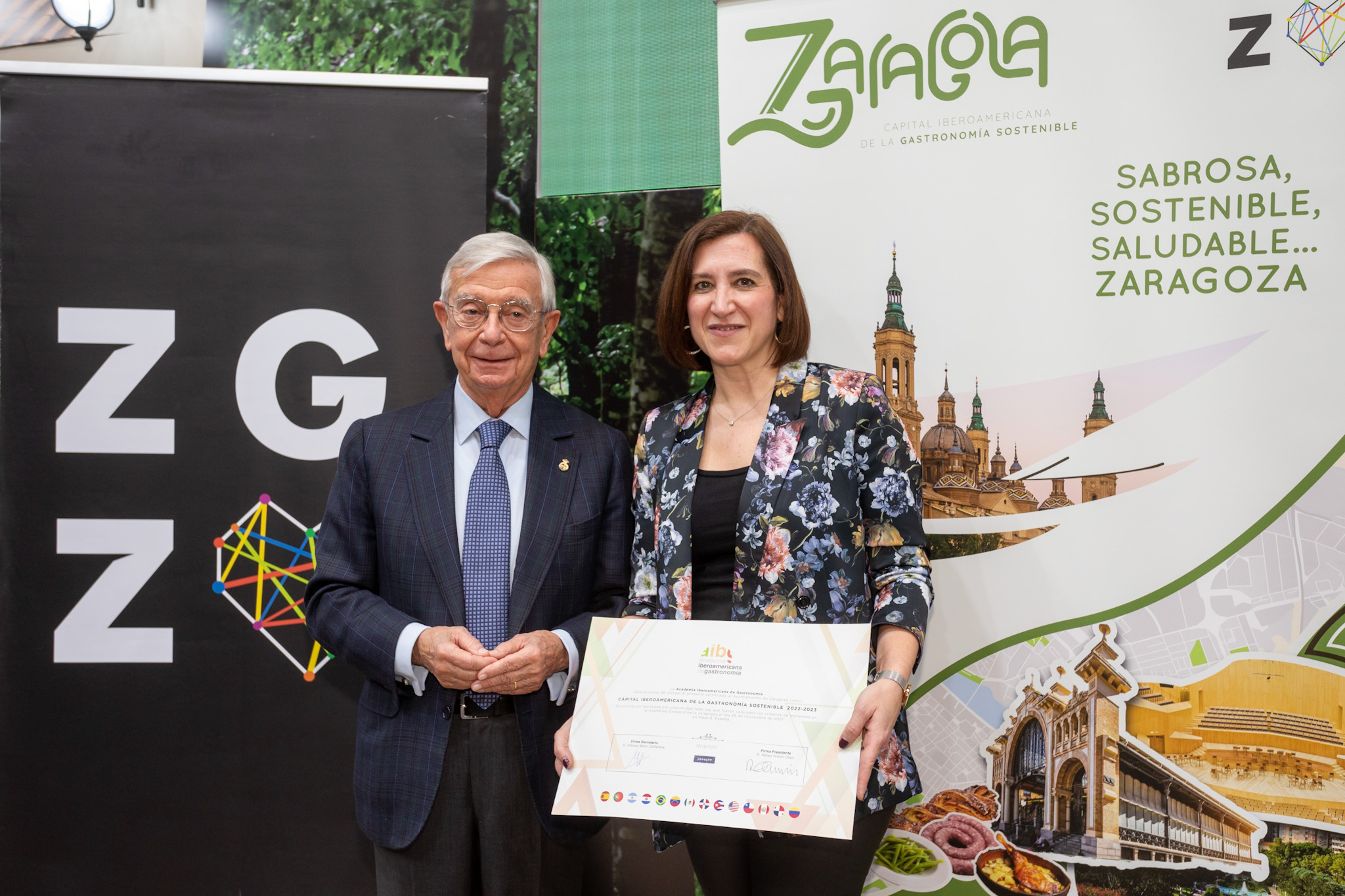 This title, awarded by the Ibero-American Academy of Gastronomy, recognizes Zaragoza’s gastronomic and sustainable excellence as a vehicle for transformation, wealth and socio-cultural connection. It is also an excellent tool for the external promotion and image of the city, its products and the good work of professionals in the hotel and catering sector, said the Deputy Mayor and Councilor for Culture and External Projection, Sara Fernandez.

Likewise, this designation will allow, on the one hand, to place Zaragoza as a national and international reference for sustainable gastronomy and local products and, on the other hand, will give visibility to the actions that are being carried out to mitigate the impact of the carbon footprint, she commented.

Zaragoza Tourism has already signed a collaboration agreement with the Ibero-American Society of Gastronomy to design a program of activities that will take place in the emblematic spaces of the city. From exhibitions, festivals, sustainable gastronomic routes to experiential Street marketing tours, theme parties or sustainable tapas contests will complete the cultural and gastronomic offer.

The investment that Zaragoza Turismo will make in the Ibero-American Capital of Gastronomy will generate a direct positive impact on the city’s economy, particularly in all activities related to the tourism sector. In addition, it will bring important benefits for its national and international positioning as a destination, “being a magnificent showcase to disseminate the work and professionalism of the sector.” 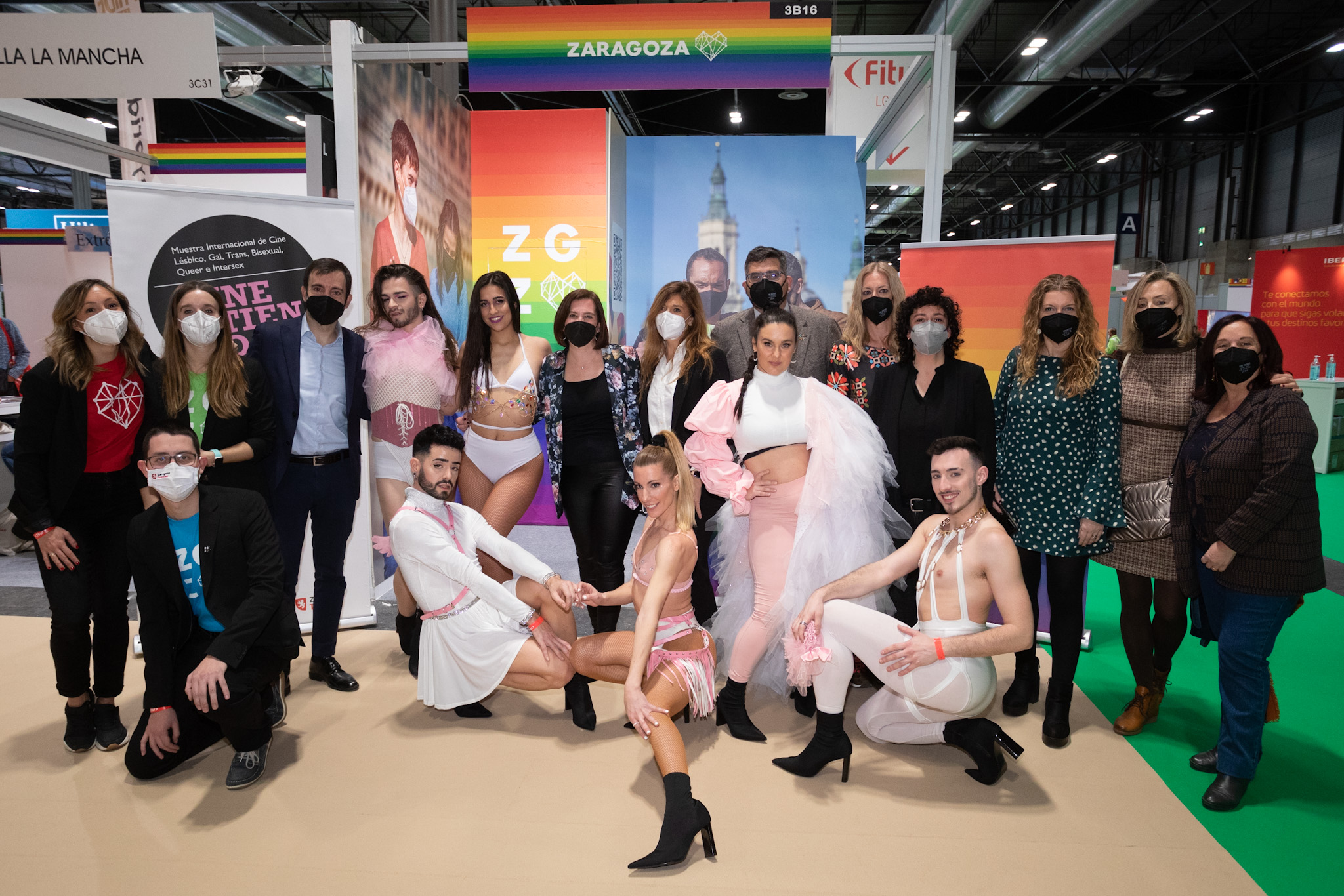 For the second consecutive year, Zaragoza has a space in the FITUR LGBT+ area, located in Hall 3, where it will promote itself as a destination for this group under the slogan ‘Zaragoza in full color’. After last year’s presentation of ‘Los Juegos del Cierzo’, this year ‘Zinentiendo’, the International Film Festival organized by the Towanda Aragón collective, which has been running for almost 20 years, will screen feature films, short films and documentaries on gay, lesbian and transsexual themes, among others.

The LGBT+ segment encompasses more than 10 percent of tourists worldwide and is responsible for approximately 16 percent of total travel spending, hence Zaragoza’s commitment to attracting this group. “The Aragonese capital is an open, tolerant and sensitive city that, as its past attests, has always been committed to diversity and coexistence in all its aspects,” highlighted the manager of Zaragoza Tourism, Conrado Molina, who added that the “friendly and welcoming character of its people” has become one of its main virtues.

Facebook
Twitter
Pinterest
WhatsApp
Email
Suscríbete a nuestro boletín
Artículo anteriorAragonese exports increase by 8.4% annually in the accumulated of the first eleven months of last year
Artículo siguienteZaragoza promotes itself for the second year at FITUR 2022 as a film city

Infinity Pyrenees: two cycling routes that take you to know in depth the Aragonese Pyrenees (Spain)

David Guirao: “I like Goya because he portrays reason in front of monsters”