Characterized by their uniqueness and quality, the inns of Aragon are the perfect accommodation to enjoy a stay in a place of heritage interest and in a privileged environment. 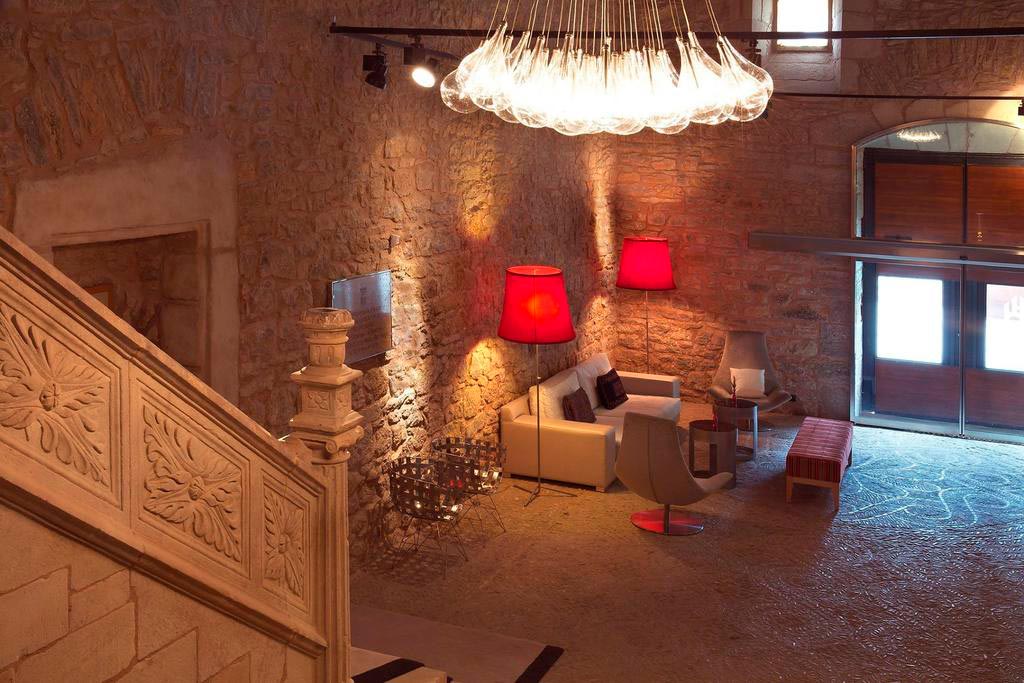 If you like to stay in charming places when you travel, we have the perfect option for you. In Aragon there is a network of inns in which monumental and historic buildings are grouped together in rural areas that will transport you to another era. They are castles, monasteries, palaces or manor houses that have been conditioned as hotel accommodations and ensure quality accommodation in a unique environment. Many of them combine a culinary offer with traditional and local products with services such as spa. We take an in-depth look at the 6 inns in Aragon to live six luxury experiences in the region.

In the Zaragozan town of Calatayud there is a curious and popular lodging with history that has become a symbol of the town, and is perhaps the most traditional inn in Aragon. It is located in a 15th century palace, whose ownership was held by the Marquis of Ayerbe and which later became the Mesón de la Dolores. Why the Dolores? It is named after Dolores Peinador Nervión, better known as “La Dolores”. Born in Calatayud in 1819, her adventurous and eventful life was spread and mythologized by plays such as “La Dolores” by Feliú, or the well-known pasodoble Si vas a Calatayud…, contributing to create the legend of this character.

This inn is part of the history of Calatayud, since it was an inn in the 19th century and its activity has been and is fundamental for the city. The building, which keeps intact the decorative elements and is one of the reasons why it is so special, has been restored. Its beautiful blue patio-corrala stands out, where the balconies of the three floors overlook and where the remains of the old well can be found.

The lodging has 34 rooms that, as a curiosity, all of them have the names of different localities of the region. The suite is the most special room because it is closely linked to the legend of Dolores. The inn has a large restaurant, private lounge and in the old stables, tasting room, store and cafeteria. In addition, there is an exhibition hall and the Dolores Museum, where objects of the old trades, old photos and an audiovisual of the city are displayed.

El Mesón de la Dolores is located one hour from Soria, one and a half hours from Guadalajara and less than 3 hours from Madrid or Burgos.

An hour from Zaragoza, 25 minutes from Huesca and an hour and a quarter from Pamplona, in the Aragonese pre-Pyrenees, is the Hospedería de Loarre. Under one of the heritage jewels of the community, the Castle of Loarre, is this inn located in the central square of the municipality and in a building of the sixteenth century. It has 12 rooms, 11 of them double.

The restaurant of the inn focuses on the current cuisine with classic Aragonese dishes along with other more creative cuisine ranging from cream of bisaltos with roasted onion, new potato quenelle, and crab, roast rack of lamb and his trotter with oloroso wine sauce or confit sole with sautéed crayfish, fried chickpeas and red wine reduction. Appetizing, isn’t it? Due to its location, this guesthouse is visited by a wide variety of national profiles.

Located in the main square of the municipality, the lodging has 10 rooms (in great demand, it is advisable to book well in advance) and a terrace with incredible views of the landscapes of the area. The most characteristic corner is the old refectory of the Cathedral with 800 years of history, which is located inside the guesthouse, and has been converted into a restaurant for 60 people under a vaulted stone floor and illuminated with wrought iron lamps. Not to be missed.

The inn is located in front of the Cathedral of Roda de Isábena, which has its own charm and relevance, as it is the oldest in Aragon and the smallest in Spain. The cloister of the cathedral, of great heritage value, has been restored in recent years.

The inn is located an hour and a half from Lérida and a little more than two hours from Huesca.

The Casa Cortés houses the Hospedería de Sádaba, in the heart of the Cinco Villas region. This period building was renovated with the aim of sheltering tourists in one of the local landmarks, a place that blends history with modernity. It offers 20 rooms with minimalist design, bar-cafeteria and a terrace where you can enjoy a relaxing moment. The building is a mansion of solid Gothic ashlars in origin and has its own peculiarities such as the doorways, the stone tank, a large staircase or the views of the main street, where the guesthouse is located.

The gastronomic proposal is one of the main offers of the inn, with two large rooms, one of them for 70 diners.

If you stay at the hospice do not miss the opportunity to visit its crenellated fortress, which has become one of the most beautiful in Aragon. The inn is located just over an hour from Pamplona, Zaragoza or Huesca and less than two hours from Soria and four hours from Madrid.

If you are looking for a lodging where the medieval is mixed with modern luxury, this is a perfect choice. In the old Cistercian monastery of Rueda, between Sástago and Escatrón, is located one of the four-star inns in Aragón. The inn is located one hour from Zaragoza, two from Tarragona and less than three from Soria.

It has 35 rooms located in the abbey palace and the corridor gallery. You will feel like a real Cistercian monk and live in isolation, enjoying the worldly noise, the views of the monastery, the austerity of the church, the Gothic cloister, the Mudejar tower and the great hydraulic waterwheel.

This guesthouse has a restaurant with signature cuisine oriented to zero kilometer products.

Check the opening dates of the guesthouse.

In Allepuz, in the tourist environment of the Sierra de Gúdar and Maestrazgo region, half an hour from the Valdelinares ski resort, is located this 16th century palace-hostelry that has been restored. It is one of the most incredible inns of Aragon and is located two hours from Valencia or Castellón and less than 3 hours from Cuenca.

You are in luck because the hospedería has just opened its doors on January 3, 2022 and has 22 rooms, 2 of them suites, rooms with living room, 2 lounges, a cafeteria with a terrace with spectacular views of the valley of Sollavientos and an old oven that is now a restaurant.

It is a beautiful guesthouse that serves as a good example of Renaissance civil architecture of Italian influence typical of the Aragonese palatial residence. During your stay you will be impressed by the carved ashlar stone walls and masonry, the semicircular arch that gives access to the palace or the great artistic carved staircase that leads from the lobby to the hotel rooms.

Joaquín Olona: “The most important thing we have are farmers”