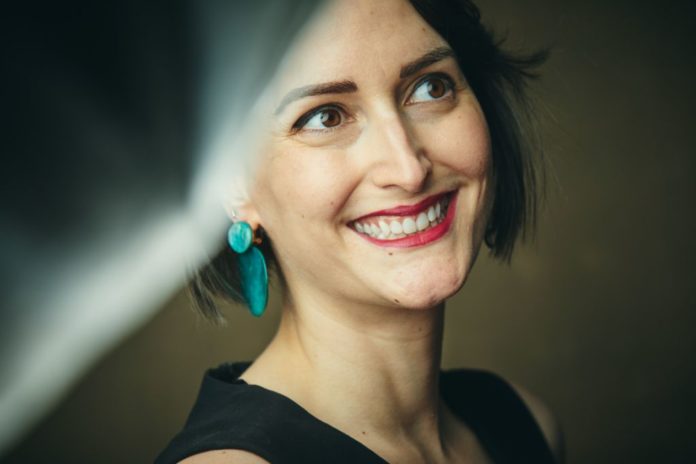 Estefanía Lacarte (1982) leads American Express communications for Spain and for 9 years she has been Head Communications for Southern Europe and Germany for Groupon. She was president of her edition of the Promociona Project, which helps to promote women managers. Born in Zaragoza, she is among the Top 100 Women Leaders of Spain 2020.

Estefanía, you have developed your career in the communication sector and you have positioned yourself as one of the 100 leading women in Spain. How has this path been?

My career has had a positive evolution. What I have shown is that you don’t need a godfather or godmother to get to know the top of the profession. I arrived in Madrid and Barcelona as Paco Martínez Soria. I didn’t know anyone in the profession and it’s all been by pick and shovel. The question has been to have illusion, decision and passion… all pure work, desire and with the basis of being a good person. Although it’s not everything, being a good person is quite sought after, we’ve gone back to basics. The connections you make in your area of expertise depend a lot on who you are as a person. My philosophy is that success is equitable to effort, and while that’s not always a guarantee, it’s a basic part of it. I think it’s also basic to get together with good people and not to forget about yourself, because we often forget to pay attention to ourselves.
What competencies do you consider necessary for female leadership?

In addition to the above, I would add that in the case of women, we have to set the ladder for those who come after us. I started from scratch and without anyone’s help, but if it is in my power, I will make sure that I am there for young women who ask me for help and do not have to start from scratch as I had to do. 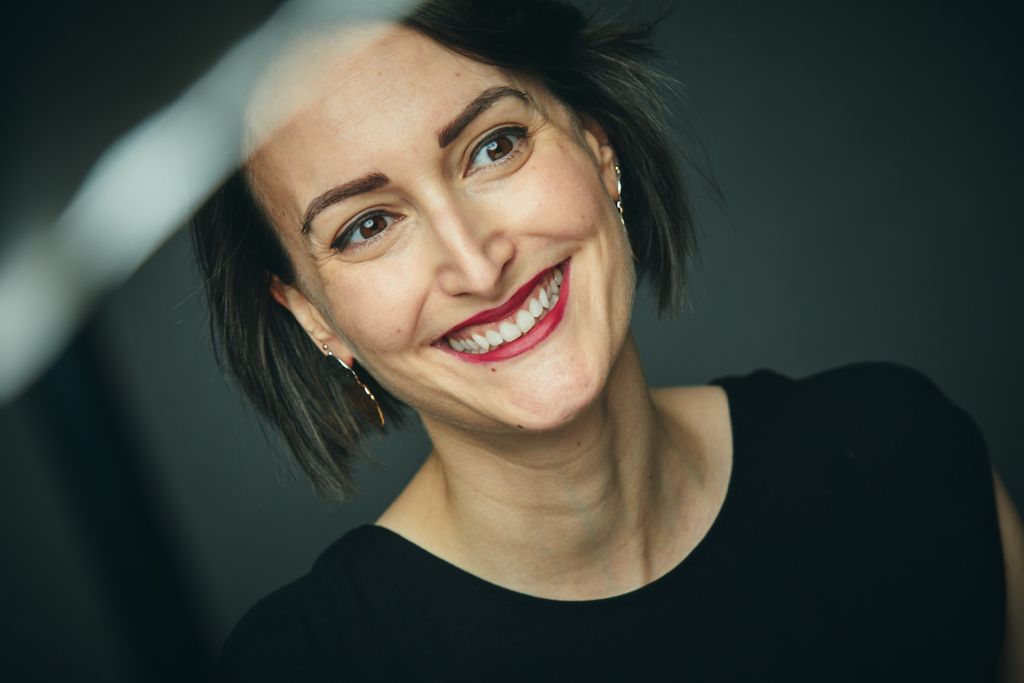 How important is training and programmes like “Promociona”, which you went through to get to top management?

It’s not so much the content, the learning or the theory, but how you get along with women who are in the same situation as you. In Promociona we were more than 100 women and I realised that there were great women with great talents who were not being known, also from a personal communication point of view. We had to give the women tools to communicate their own figure and I was surprised by how humble they are and that, from my point of view, is a small mistake. If we don’t communicate what we are and what we know how to do, we can’t generate roles and references for the new generations. It’s all a question of how you are perceived from the outside and how you generate reference figures for the sector and the women who are coming up. It’s not so much about what you know, it’s about being able to work with your brand and give visibility to the work of your team and yourself from a modest point of view.

Is this why you co-founded the WTalk initiative, a platform designed to give visibility to female talent?

That’s right. After the Promociona edition we were left with a very heterogeneous but very connected group. We realised that we had to leave a legacy to help all the women in Promociona and outside this circle. We had to give visibility to women with great talents and who had to tell their story. From a recruitment point of view we want to help give visibility to talents as well.

Why do you think you have been considered a leading woman in your field?

I have no idea, to be honest. There are hundreds of women like me who do just as good a job as I do. Maybe it’s because I have that point of closeness that is closely linked to where I come from, to Zaragoza and Aragon. We are ingenious, spontaneous, positive people who pull a lot, who have that magnet because we are “very Swiss”. I am spontaneous, fresh and natural, and that has helped me a lot in my career and I consciously exploit it a lot. I always say that I’m a “maña” because it opens a lot of doors.

There are ten women from Aragon in this top 100 ranking. Is that a good representation?

Well… it is closely linked to the visibility that each one of us wants to give ourselves. The problem for women is not only that we are under-represented, but also that we want to make ourselves known. We are represented to the extent that we want to be. We have to talk about ourselves and all the women who surround us and support us. That is the first step for Aragonese women. 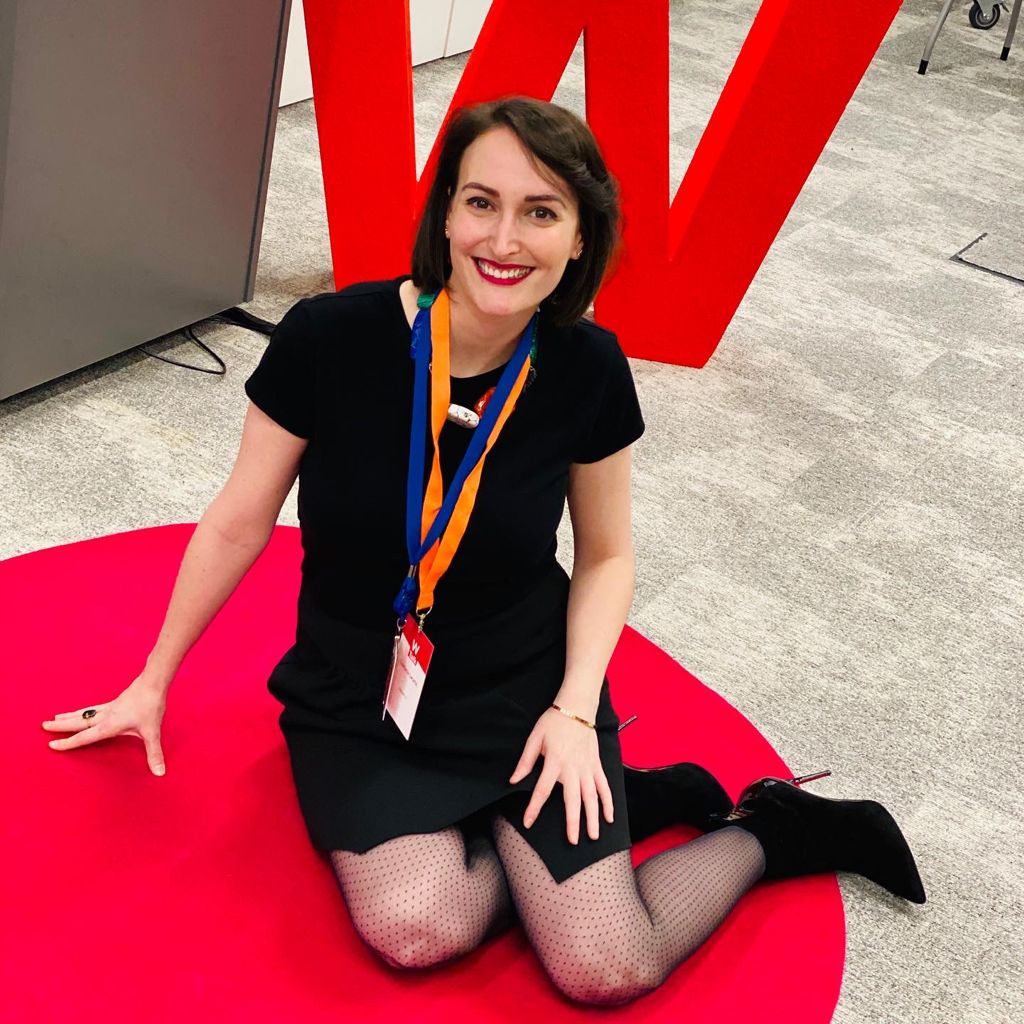 Earlier you talked about the importance of roles and generating references. Which women have inspired you throughout your career?

My mother and my sister, without a doubt. My mother was born in 1950 and belongs to that generation of mothers who knew how to make croquettes, look after their children and work. I don’t know how to make croquettes because I use that time to look after my son who has a disability and to work. My mother was able to do both, but at the cost of her own well-being as a woman. My mother teaches me sacrifice and effort. This brings me back to what I said at the beginning about making time for ourselves. That is why my second point of reference is my sister, who has had a health issue that has marked her a lot in the way she approaches life and who transmits me a lot of peace. That’s why I am aware that sometimes I need to stop for a second and dedicate a little time to myself. I make a mix between the two ways of life of my mother and my sister.

What links do you have with Zaragoza and Aragon?

My parents live in Zaragoza and I’m waiting for things to improve so I can go there more. I’ve been away from Zaragoza for longer than that, because I went to study journalism in Segovia when I was 17 and in 2008 I moved to Madrid. 14 years in Madrid. Before that I spent 5 years in Barcelona. I’ve done a national Erasmus, hahaha.

What do you miss about Zaragoza?

The family, of course. Also the people, the familiarity… and everything that has to do with restaurants and services. When you go to Zaragoza you drop down a gear, the intensity. Here you are treated with more affection and they dedicate more time to you. The people are friendlier, because in Madrid we go at full throttle. Zaragoza is a city that is not at all controversial and that everyone is fond of because we have a reputation for being honest and friendly people. I try not to lose that outside Zaragoza and my parents remind me of it a lot and I don’t want to change it. I’m a big hugger and I never want to lose that closeness, it’s part of Zaragoza’s DNA.

A place you love in Zaragoza?

A corner of the city that you still need to visit

Return to the Aljafería. I visited it when I was young and I haven’t been back for many years. We have a treasure in capital letters. 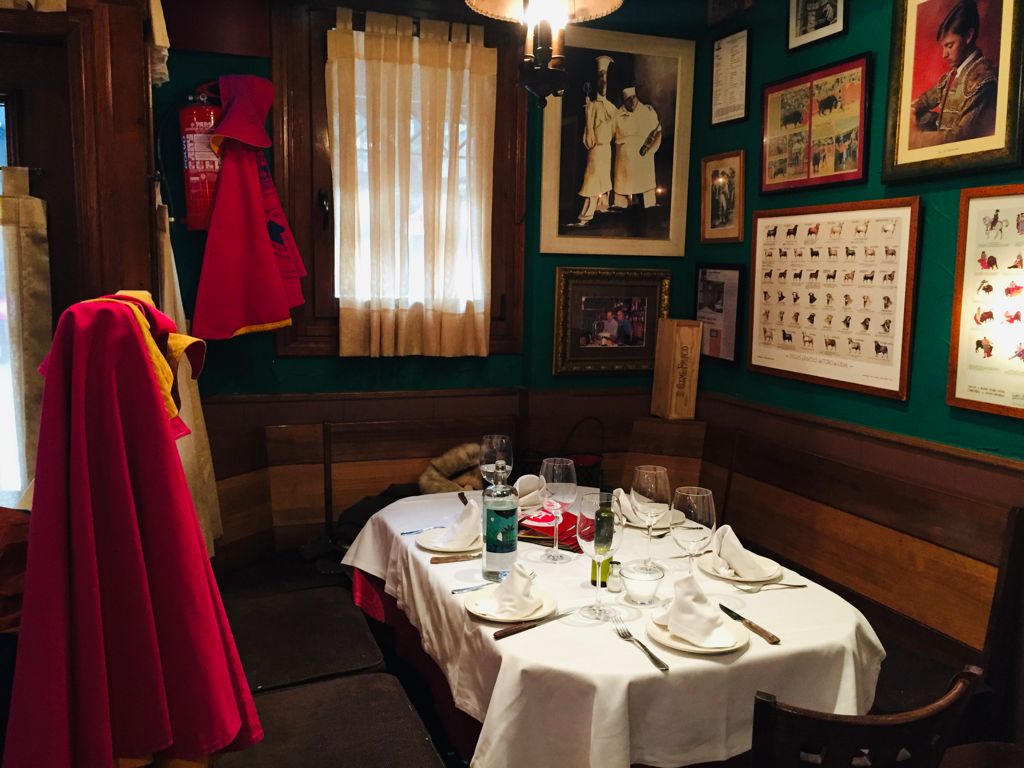 A restaurant in Zaragoza

Besides Mesón Martín… La Rinconada de Lorenzo: here they have the best veal I have ever eaten in my life. The family that runs it is a family with very traditional origins linked to the jota. Whenever I need an Aragonese bath, I always go here.

A cultural activity in Zaragoza

To experience the Pilar in Zaragoza again. I haven’t been there for a long time because I’m not a fan of big crowds but I miss seeing the Virgin on the day of the Offering of Flowers. I used to go dressed as a child and to see how people experience it is something that gives you goose bumps and you only understand it if you are from Zaragoza or a devotee.

A getaway in Aragon

Los Mallos de Agüero (Huesca), in my village. It is a little jewel to be discovered, because people only know Riglos.

An Aragonese person you admire

Teresa Perales. I did professional swimming for many years in El Olivar in Zaragoza. My former coach is Teresa’s current coach, Ángel Santamaría. Also for the element of inclusion, because I have a disabled son, so I am even more aligned with his work.

10 illustrators and authors of Aragonese comics you should know

80% of national agricultural machinery is manufactured in Aragon: “We are a benchmark”