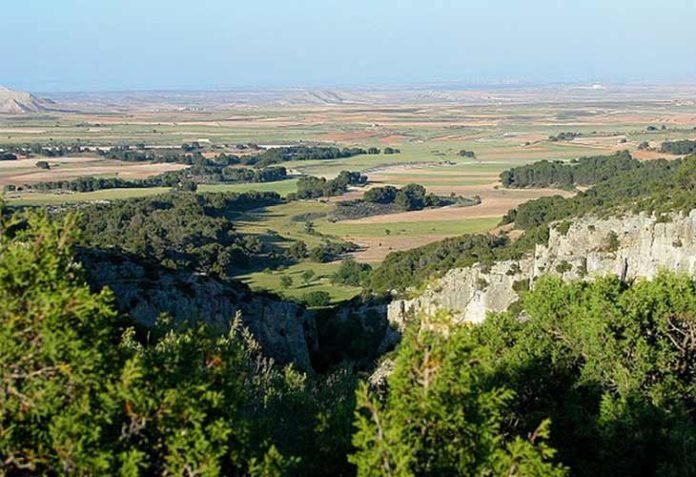 The 15 municipalities that make up the Campo de Belchite offer interesting tourist attractions to satisfy all types of visitors. Whatever you are looking for, this region has it. Dare to discover it.

Located in the province of Zaragoza, the Campo de Belchite region offers tourists a multitude of possibilities. History, gastronomy, culture, sports activities, nature… whatever the chosen activity, its fifteen municipalities have ideal proposals to enjoy it. Let’s take a look at some of them in Go Aragón.

A walk through history without leaving Belchite 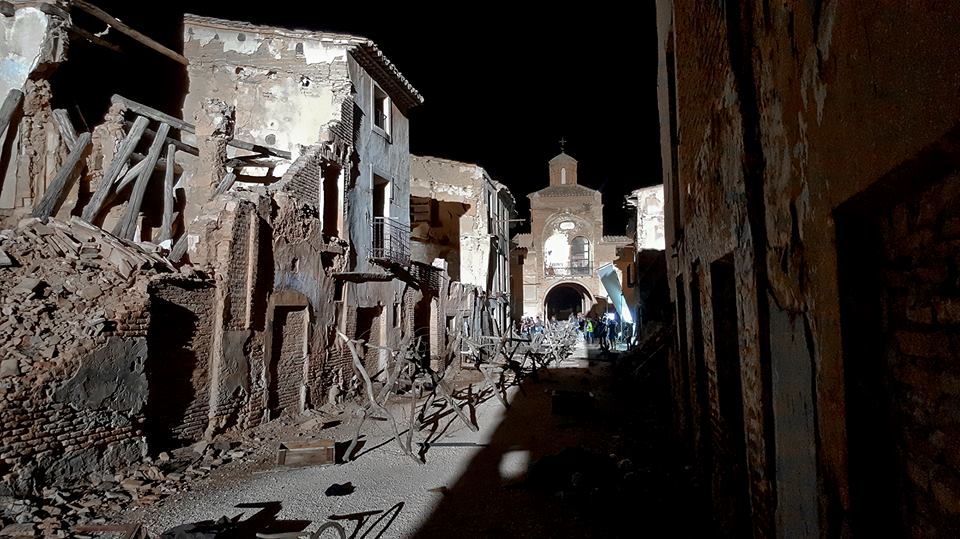 The old town of Belchite is a living testimony of the Spanish Civil War. Its strategic importance during the conflict made the town a priority target. The bombardments practically completely destroyed its urban center, which you can walk through today to see in person the terrible consequences of the war.

The bombs and the passage of time have reduced much of the old town to rubble, but facades and structures that offer an idea of its urban structure are still standing. The church of San Martín, the convent of San Rafael or the clock tower have also been the scene of several film shoots.

Guided tours help to understand what life was like in the village before the war and the deep scar caused by the conflict, something that was repeated in other parts of the country.

Since 2013 access to the old town must be in groups and accompanied by a guide, and both daytime and evening views are organized. Tickets can be purchased at this link. 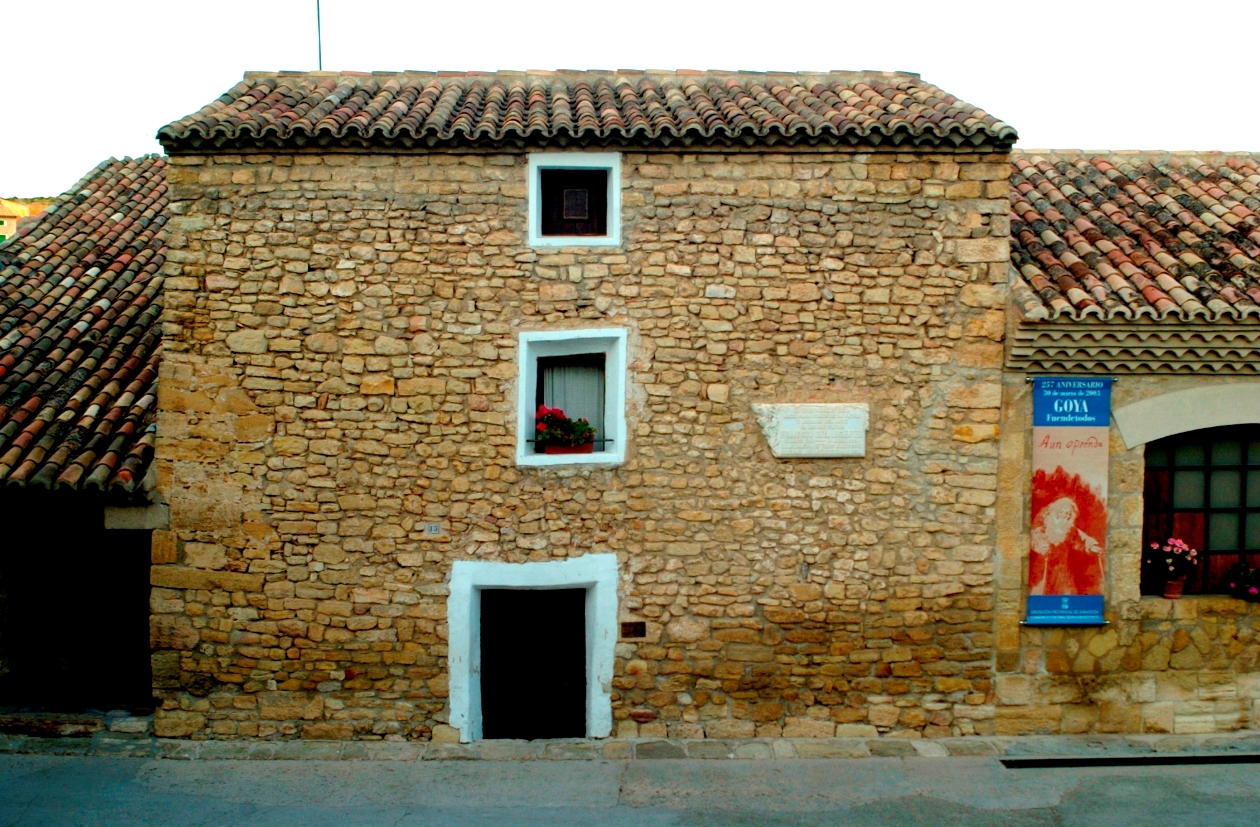 In addition to his work, visiting Goya’s birthplace, in Fuendetodos, is another way to get closer to this universal Aragonese. It is an 18th century building that preserves the same austere air of the time, where Francisco de Goya grew up during his first years of life.

The entrance allows, besides walking through the same rooms as the genius of Fuendetodos and know part of his work, visit two other important tourist attractions that stand next to the house of Goya: the engraving museum and the exhibition hall Ignacio Zuloaga, The three spaces make up one of the most important cultural offerings of the region Campo de Belchite. 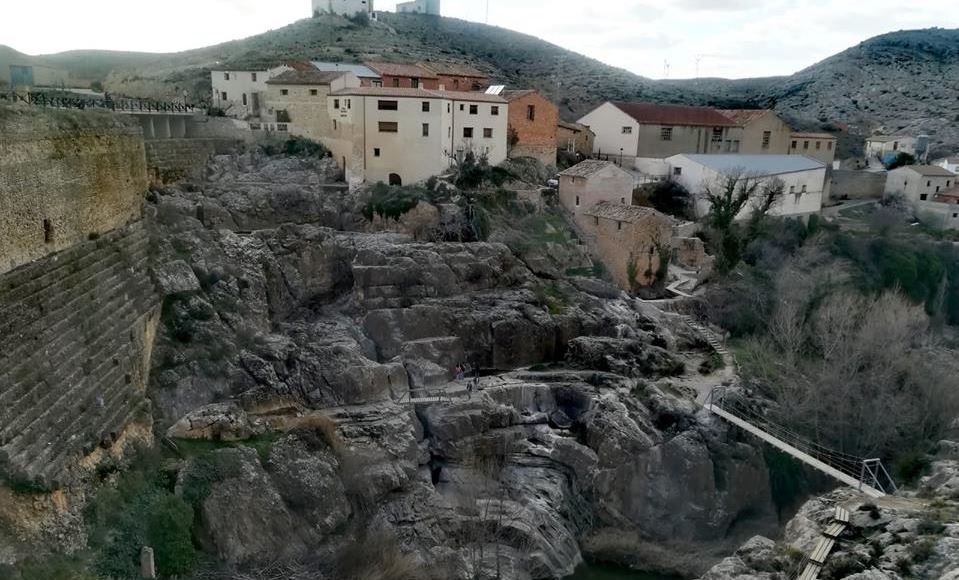 In the municipality of Almonacid de la Cuba, on the Aguasvivas River, stands a Roman dam over thirty meters high that is part of the Aragonese cultural heritage. A piece of history perfectly integrated in the landscape and that can be visited in its entirety.

It was built in the 1st century and its use was mainly agricultural, to facilitate irrigation. It can be visited thanks to the walkways installed around it and the recovery of its more than one hundred steps. Doing so is to know part of the important legacy that the Roman Empire left in our Community, while enjoying nature, perfectly integrated into the structure.

Nature and hiking in the region of Campo de Belchite 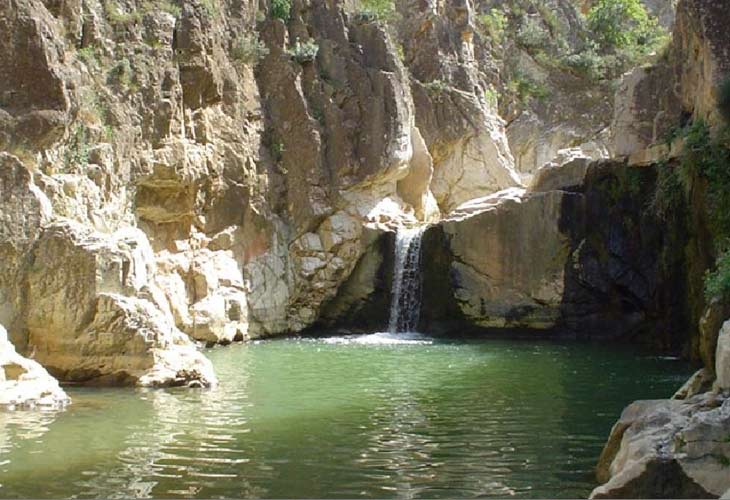 Our last proposal includes, in fact, more than one alternative. The Campo de Belchite region has an important natural wealth that can be enjoyed from its wide network of trails and through the different routes that run through it. Steppes, fluvial landscapes, caves… the offer is as wide as the possibilities of accessing it, because, besides on foot, many of these routes can be covered by bicycle or on horseback.

The Aguasvivas River offers different hiking sections along its entire course. One of the best known links Almonacid de la Cuba and Belchite, crossing the Malpasillo strait and the Pozo de los Chorros, a set of small waterfalls.

And for speleology lovers, the Cueva de los encantados, between Belchite and La Puebla de Albortón, gives access to more than half a kilometer of galleries with 64 meters of vertical drop.

These are just some of the possibilities offered by the region. History, heritage, culture, nature, gastronomy… Campo de Belchite is waiting for you to discover it.