Óscar Dea (TGT): “Aragonese cheeses are identified by their quality and artisanal production” 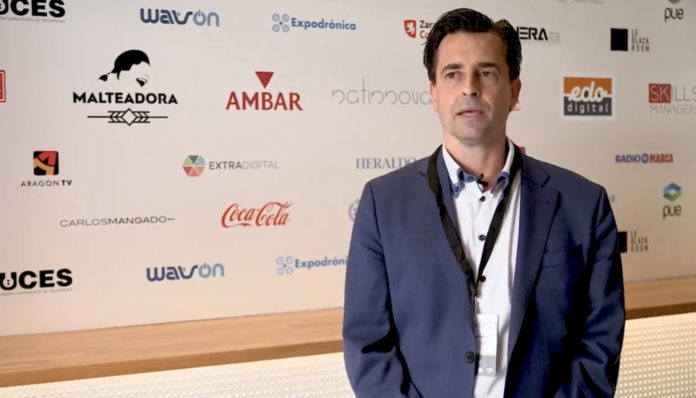 Óscar Dea is the manager of the Delegation of Aragón, La Rioja, Soria and part of Navarra of TGT Group, a Spanish dairy group with positioning in Spain and other countries in the world. They have their own distribution to be able to move all the cheeses (also Aragonese cheeses) and dairy products manufactured by the group.

Is Zaragoza a strategic point for TGT?

Clearly. Zaragoza is the fifth largest city in Spain. Therefore, it has a sufficient population level to have a distribution delegation. We cover the banks of the Ebro River, which is also a strategic agri-food point in Spain. The Zaragoza delegation is one of the first ones created by TGT Group. It has been in Aragón for more than 30 years and little by little has been growing in geographical dimension, covering the territories of Aragón, La Rioja, Soria and part of Navarra; and a growing potential, which means that in the future it will be necessary to expand the facilities.

What potential have you seen in Aragón?

Apart from being the fifth largest in Spain with a sufficient population, Zaragoza is the most important logistic hub in Spain to be able to be close to important cities such as Madrid, Barcelona, Bilbao, Valencia or the border with France.

What is the status of this facility expansion that was planned for last year?

That question is difficult because of the crisis we have just gone through, but it is not expected to take long.

What is the group’s presence abroad?

The TGT group has 18 distributors in Spain, nine of its own cheese factories and a plant that also produces 50 million liters of cream. It also has a factory in Uruguay, another factory in Mexico and distribution in the Dominican Republic and Mexico. Currently, the group has a turnover of around 400 million euros and moves in Spain more or less 60% of all the cheese manufactured.

What cheeses make up TGT’s catalog?

We distribute all kinds of cheeses, both national and international, few cheeses would be left out of TGT’s catalog. We have a catalog of Aragonese products, we call it “Catalog of traditional and regional cheeses” and we have six small factories, mainly cheese producers in the Aragonese Pyrenees.

Does this make Aragonese cheeses become a tourist product?

Yes, it attracts a lot of tourism. Every person who comes, for example, to the Aragonese Pyrenees, is very likely to want to visit a small cheese factory and take a gastronomic souvenir such as a good regional cheese. I think that with the world of cheese it is quite generic in Spain to be able to see how a sheep or a cow is milked and to see how the cheese is transformed. It is something that is very popular when it comes to gastronomic and agri-food tourism.

Where does TGT distribute in Aragón?

We have several specialized stores distributed throughout Aragon, which have special editions of cheeses and then there are many restaurants that every day more and more give special attention to the cheese plate or the cheese accompaniment. We can also find a very important variety of cheeses to taste in stores like 111Quesos.

And what can a good cheese be paired with?

There are different types of cheese for pairing, but not only for pairing, also for elaboration. It is becoming more and more common to prepare dishes with cheese products in their preparation. Until now, dessert was always thought of as a special place for cheese. But every day more and more, what is being done is the pairing to give different types of flavors and textures to the dishes. For example, ice creams made with cheese, sauces… are very common elaborations. We have ice creams made with cheese, sauces with cured cheeses, with semi-cured cheeses.

How important is it for TGT to be collaborators or to participate in events?

We are a company that wants to be part of the gastronomy and we want TGT Group to be recognized as a collaborating company to promote its own sales of its products and factories. We do like to collaborate, for example, with the Zaragoza Tapas Contest, which we have been doing for several years with Zaragoza Burger Fest. And now with this event, #MCDay21, for example, where it is very possible that we can have some communication with companies that generate events and that always need gastronomy to accompany that event. I believe that events have to take you to a feeling, that they make you remember through the feeling and I believe that with food you reach the heart a lot.

Do you want to know the best Aragonese cheeses? Don’t miss them! We tell you where to eat them.

Interview with Carlos Pauner, international climber with 14 eight-thousanders: “Immediacy is detrimental to the high mountains because there are no shortcuts”