The 2021-2022 ski season ends at Easter and gives way to the summer season. Aragon offers some ideal places and plans in the Pyrenees to do outside the snow season. Discover these places while you breathe nature and good weather. 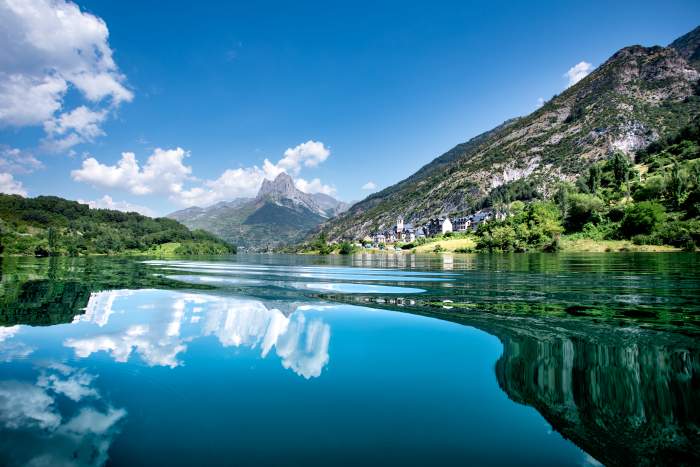 The 2021-2022 ski season in Aramon concludes as one of the longest in time: 137 days of snow, skis and fun. From the eve of the long weekend of the Constitution until April 17, in the middle of Easter, a few dates later than usual. Aramón, which includes the ski resorts in the Aragonese Pyrenees of Cerler, in the Benasque Valley, Formigal-Panticosa, in the Tena Valley, and Javalambre and Valdelinares, in the Sistema Ibérico in Teruel, represents the largest skiable area in Spain, with a total of 289 kilometers.

Aramón’s popularity in recent years has grown exponentially, to such an extent that the influencer and entrepreneur María Pombo has chosen the après-ski Marchica Formigal to celebrate her festival. The ‘Suave Fest’ has gone beyond the borders of Madrid to offer a second unique edition in Aragon. Last March, this event brought together top-level artists such as Omar Montes, Juan Magan or José de Rico and sold out in record time. Thus, Formigal became the epicenter of all Spanish ski resorts, and resulted in an extraordinary promotion of the entire hotel and catering offer of the Pyrenees.

Next April 17, the ski season will close in Aramón and also in the 100k Astún-Candanchú domain (only Astún remains open), in the Aragón Valley. The Astún and Candanchú slopes represent 12% of the ski market share. With its 101 kilometers of permanently skiable slopes, this place has become an attraction for Basques, Navarrese and Madrilenians. In addition, its strategic location next to Jaca, the heart of the central Pyrenees, makes it one of the best options for skiing and après-ski.

What to do when the summer season arrives to the ski slopes? From Go Aragón, we suggest some of the various plans offered by the rich and varied landscape of Aragon in the summer and spring months.

The most popular intercultural festival par excellence in the Pyrenees, the Pirineos Sur festival fuses music and culture during the months of July and August in a bucolic setting. The village of Lanuza, with only 200 inhabitants, was expropriated last century for the construction of a reservoir that was to flood the town center. Today, the Lanuza reservoir, in the heart of the Pyrenees, is a stage that brings together numerous artists from all over the world. 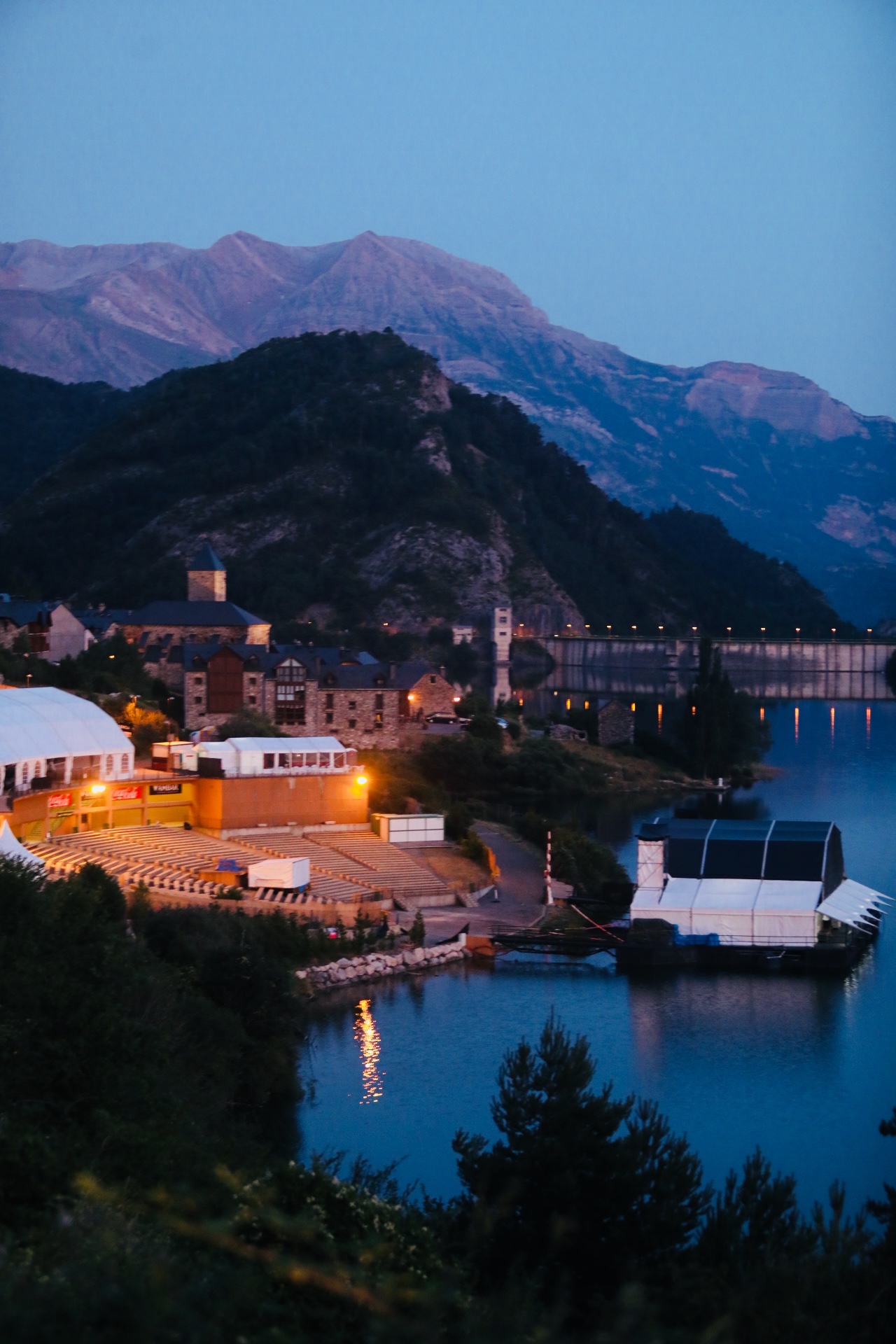 Very close to Lanuza, is the town of Sállent de Gállego, just 4 kilometers from the slopes of Formigal. If you want to know where skiing was born, a perfect place to do it is the Hotel Balaitus. A place full of history whose owners will make you feel at home. Summer lends itself as an ideal time to walk the steep streets of the capital of the Tena Valley, as well as to discover the statue of the giant of Sallent in honor of Fermín Arrudi (2.29 meters). 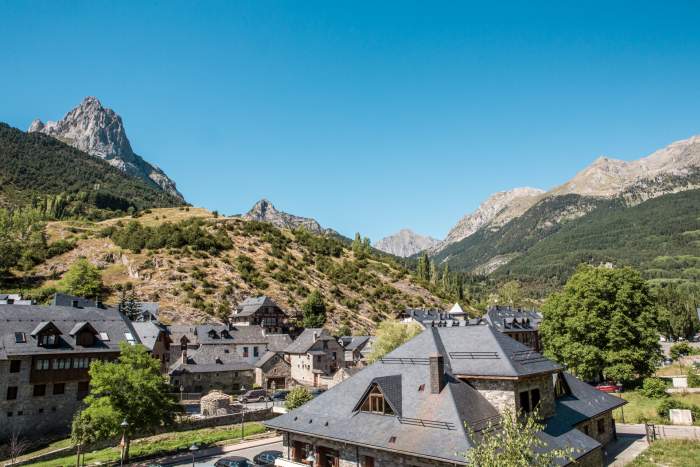 In addition, the Gállego river and its first tributary Aguas Limpias run through the town of Sállent. This riverbed is presented as one of the main attractions for active whitewater tourism. Canyoning, mountain biking, rafting, canoeing, water skiing, sailboat rental, etc. are some of the many options available to the most passionate of adrenaline and sport.

The zip line in the Tena Valley, crosses the skies at an altitude of almost 1,300 meters above sea level.

In the town of Hoz de Jaca, is the longest and highest double zip line in Europe. At an altitude of 1280 meters, hovering over the lake of Búbal, this vertigo-inducing attraction is a must-see tourist attraction in summer. And for an even more unforgettable experience, the activity offers night jumps both at full moon and new moon. Moreover, the uniqueness of this zip line lies in the fact that it is the only one in Spain that can be adapted to people with any type of disability, whether physical or sensory.

There are other breathtaking zip lines in the Pyrenees. The Ordesa-Pyrenees zip line located in Fiscal broke the world speed record after reaching 189km/h. Away from the Pyrenees, the province of Teruel is also a pioneer in this type of activity. At 12 kilometers from Valderrobres, you will find the Fuentespalda zip line, the largest zip line in Europe among those of double and continuous descent. Take this opportunity to know the region of Matarraña, known as the Aragonese Tuscany.

On route through the most spectacular lakes of the Pyrenees

Ibón is an Aragonese word to refer to the Pyrenean lakes of glacial origin. Summer is the ideal season for hiking and breathing fresh air in the many excursions offered by the Pyrenees in these lakes. The Bachimaña lakes can be accessed from the Casa de Pierda refuge, next to the Panticosa Spa. Prepare your hiking boots for this irregular route that culminates with the slope of the friar and finally we spot our destination. The two lakes of Bachimaña give rise to the Caldares River, which runs through the valley of Tena until it flows into the reservoir of Búbal. 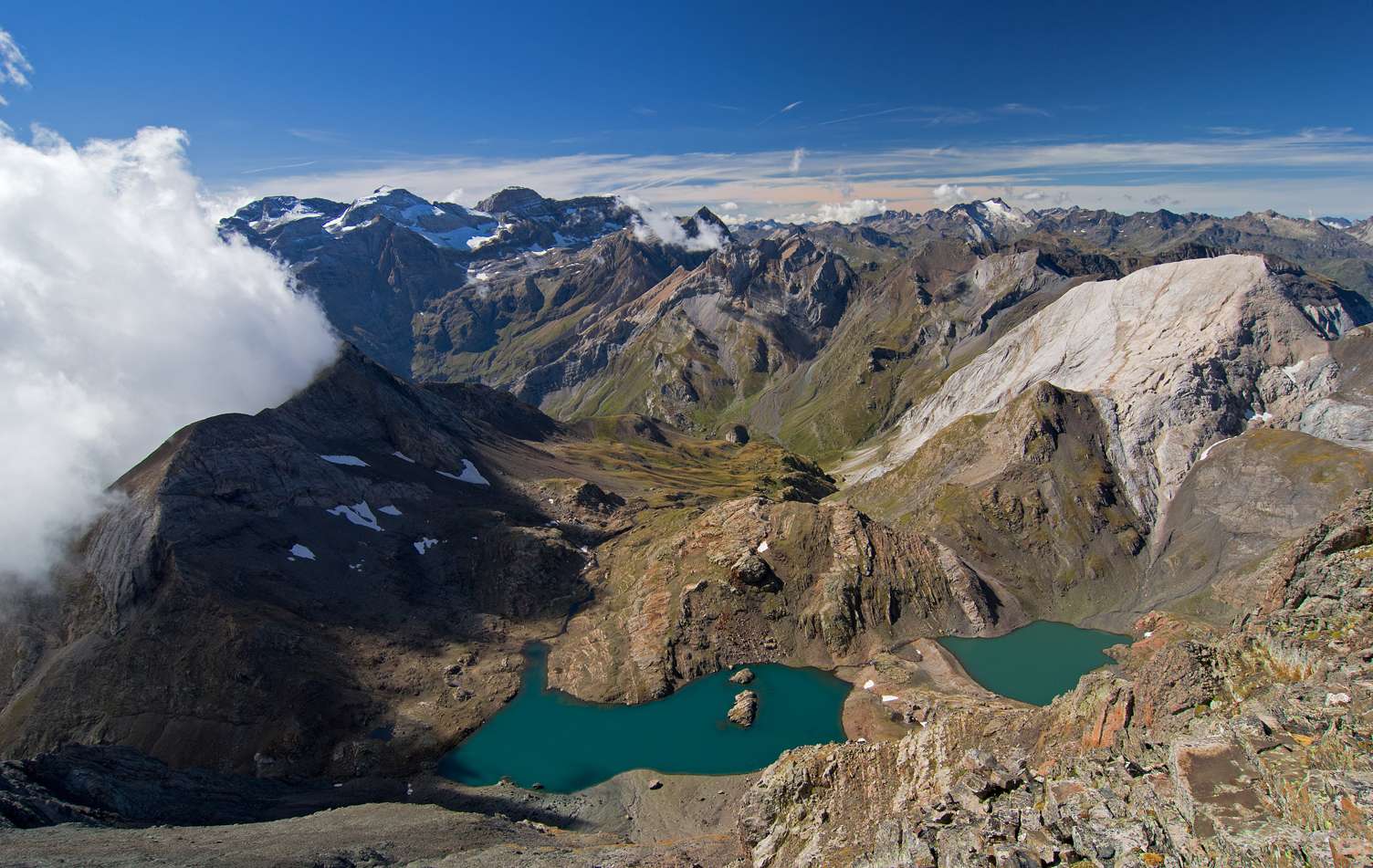 One of the most visited and popular lakes in the Pyrenees is the Marboré lake. Nestled in the heart of the National Park of Ordesa and Monte Perdido, this lake stands out for its beauty, as well as its geographical location on a plateau surrounded by several three-thousanders such as Monte Perdido or Marboré. In Aragón alone there are 245 lakes, among which Estanés, Acherito, Anayet, Azules, Arrieles, Bernatuara and many more stand out. Surround yourself with nature in summer next to these glacial wonders.