The good weather arrives and it's time to say goodbye to the ski season. But the fun doesn't end here. The Aragonese ski slopes offer an endless number of activities to do and places to see when the summer season arrives. 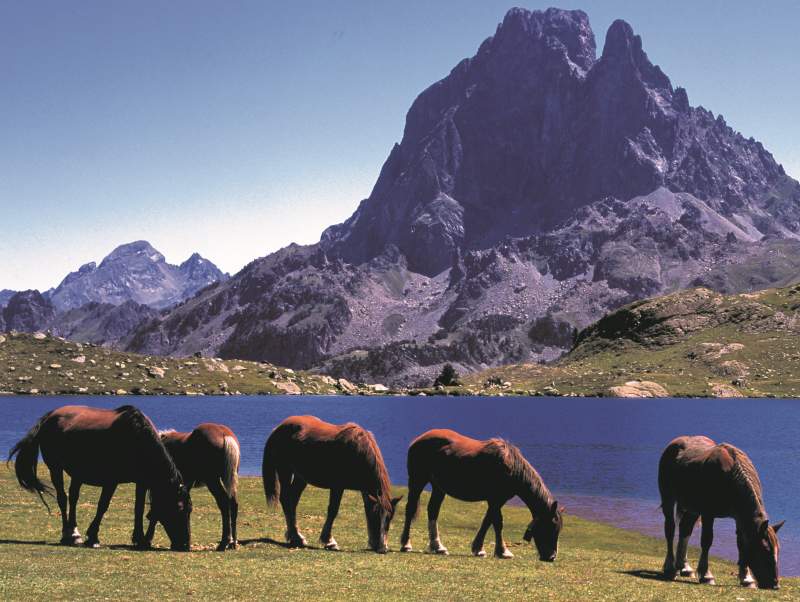 The sun’s rays become the protagonists of the day and the days become warmer. Spring arrives and with it the flowering season. Some ski resorts in Aragon hurry until the end of Easter to close a season that ends as one of the longest in years. It is time to say goodbye to the snow for one season and welcome the good weather. What may seem like the end of a cycle, only translates into the beginning of an endless number of activities offered by the ski slopes.

Aragon is the cradle of skiing and the national epicenter of this sport from the most beginners to the most experienced. The community treasures the 100K Astún-Candanchú domain, as well as Aramón, the largest skiable area in Spain, which includes the slopes of Cerler, in the Benasque Valley, Formigal-Panticosa, in the Tena Valley, and Javalambre and Valdelinares, in the Sistema Ibérico of Teruel.

But what happens when spring arrives to the ski resorts? The first thing you should know is that the dense, hard snow characteristic of heavy winter snowfalls turns into softer snow called ‘spring snow’. Another unavoidable consequence of this late season is the shortening of the slopes’ opening hours. And of course, the arrival of the summer season brings with it the guarantee of fun and nature everywhere, accompanied by warm weather.

From Go Aragón, we tell you about the varied offer that exists in the vicinity of the resorts.

Ibón is an Aragonese word to refer to Pyrenean lakes of glacial origin. Enjoying the ibones is synonymous with enjoying the summer and the good weather. For this reason, Astún offers a chairlift route through the countless lakes full of life in a calm environment. The itinerary starts at the Astún ski resort and reaches the Ibón de Truchas, 20 minutes from the Ibón de Escalar. Flying over the French-Spanish border, from there you can also discover the Ayous Lakes, less than an hour from the French Lac Casterau and from there, enjoy the lakes of Bersau, Gentau, Miey and Romassot.

In addition, with the arrival of good weather, an activity that is open to the public is to visit the highest tourist train in Europe: the Artouste train. A stone’s throw from the Porlatet border, this attraction at an altitude of 2,000 m allows you to cross the heart of the Ossau Valley, as well as its namesake lake, Lake Artouste. Find out about schedules, tickets and much more on their website.

When the snow disappears in Candanchú there is an infinity of varied activities to enjoy the area, without forgetting that this is the starting point of the so-called French Way of St. James through Aragon. As for hiking, the most characteristic excursion par excellence in the area is the one that leads to the Ibón de Estanés, the jewel of the Aragón Valley. From there, you can contemplate spectacular views of the French Pyrenees mountains.

In a combination of history and culture, a few kilometers from Villanúa it is possible to appreciate three examples of megalithic constructions: the Dolmen de las Güixas, the Dolmen de Letranz and the Dolmen de Tres Peñas. Candanchú also lends itself as an ideal place for bicycle lovers with classic routes such as Astún – La Raca – Canfranc.

To the south of Teruel are the ski resorts of Valdelinares and Javalambre, the favorite of the Valencians due to their proximity to the community. However, there are many activities that this region offers outside the ski season. The town of Valdelinares has the seal of being the highest village in Spain, located at 1,695 meters above sea level in the interior of the Gúdar-Javalambre mountain range. Sarrión is the world capital of the black truffle (tuber melanosporum), which makes the black diamond one of the main attractions of the territory. Although it is not the only one, in its wide gastronomic offer also highlights the ham, sausages, nature activities (mycology, hiking, sports races …) and the rich historical heritage of the villages.

The region of Gúdar-Javalambre stands out for its astro-tourism because it is free of light pollution. A magical plan on any summer night is to observe the sky in one of the best areas in Europe to see the stars, and as they refer to in their letter of introduction: “here we touch the stars”. There you will find the Javalambre Astrophysical Observatory, and Galactica, an interpretation center that disseminates knowledge of the cosmos.

Other villages such as Puertomingalvo, included early to the association of the Most Beautiful Villages of Spain, this jewel of the region is surrounded by the nature of the Geopark of Maestrazgo. The town of Rubielos de Mora is also part of the privileged list of the Most Beautiful Villages of Spain. Also visit the towns of Mosqueruela and Alcalá de la Selva, the two municipalities of Gúdar-Javalambre considered Magic Villages.

Facebook
Twitter
Pinterest
WhatsApp
Email
Suscríbete a nuestro boletín
Artículo anteriorAntonio Gutiérrez: “Martial arts are falling into disuse, they are not encouraged”
Artículo siguienteJuan Royo: “The great leap forward in CSR has been thanks to legislation”

The Department of Economy, Planning and Employment of Aragon subsidizes 15 R&D business investments in sustainable mobility and pharmaceutical sector