Zaragoza is a land of geniuses and among them Francisco de Goya, one of the greatest artists in the history of painting and a particularly influential figure in the art of the 18th and 19th centuries, stands out in a special way.
Born in Fuendetodos, when he was still very young he moved with his family to Zaragoza, where he spent his childhood and received his artistic training as a young man.
The presence of the young Goya in Zaragoza left its erudite mark from the beginning and forever, so that today it is possible to follow the painter’s footsteps in the city through a tour in which we can still admire and feel the charisma of one of our most international geniuses. Frescoes, portraits, engravings and some of the places in Zaragoza that he frequented will allow us to get closer to the personality and the work of the most universal Aragonese artist. 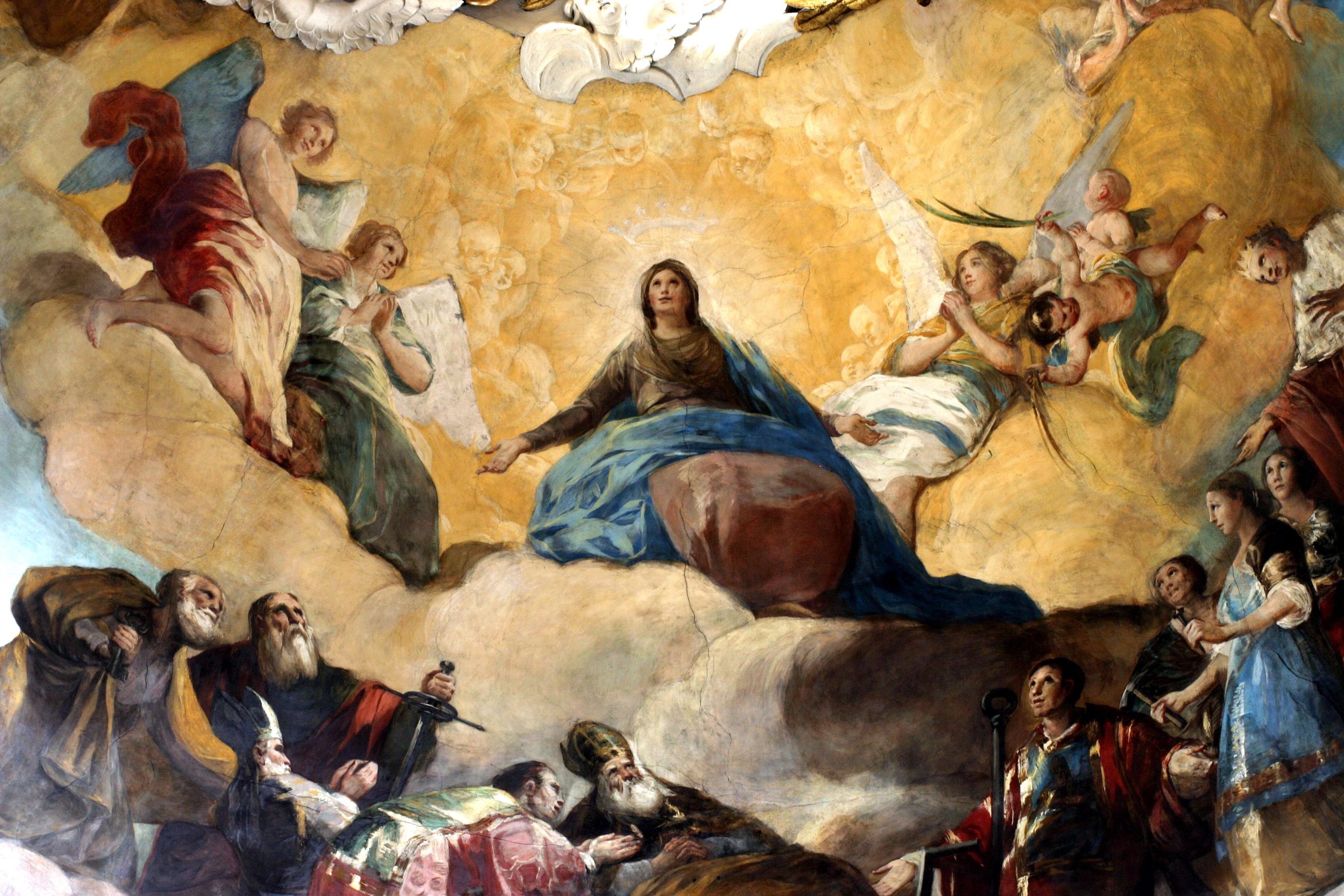 Our tour begins in the Basilica del Pilar, inside which we can find sketches, his first fresco painting and the impressive Regina Matyrum. In the Plaza del Pilar itself, next to La Lonja and close to La Seo, is the monument to Goya, inaugurated in 1960.
Near Plaza del Pilar, we can visit the Goya-Colección Ibercaja Museum. Camón Aznar Museum, a reference centre for the painter’s work, from his youth to his stay in Bordeaux. It is the only place in the world that permanently exhibits the complete collection of engravings: Los Caprichos, Los Desastres de la Guerra, La Tauromaquia and Los Toros de Burdeos. 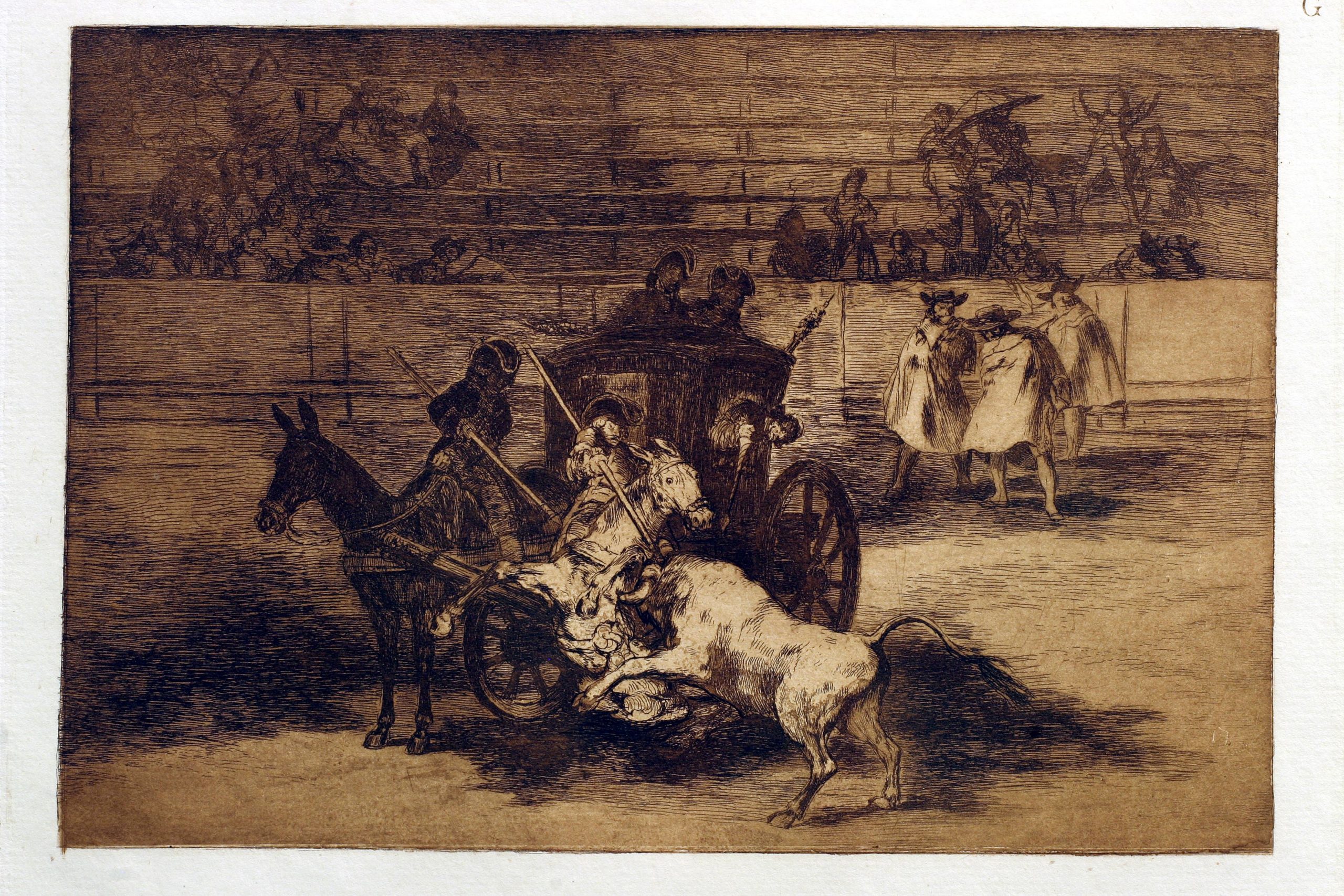 Next to the Cathedral of La Seo is the Alma Mater Museum, which exhibits the portrait of Archbishop Joaquim Company that Goya painted in 1800.
Following in the footsteps of our illustrious painter, we come to the Museum of Zaragoza, located in the Plaza de Los Sitios. Inside, the bust of Goya welcomes us and presides over the large central courtyard. The collection of his works constitutes one of the most representative and valuable collections in which Goya’s works from his Aragonese training period, his beginnings in Italy and his magnificent court paintings stand out.
Goya’s traces in Zaragoza reach the district of La Cartuja where we can admire a cycle of paintings, painted in oil on the wall, which Goya painted to decorate the church of the Monastery of La Cartuja del Aula Dei. These are some of the most original works from Goya’s youth, in which he demonstrated his mastery of large-scale mural painting.

Stroll through the streets of his childhood, contemplate his works in museums and churches, feel the full force of Goya in Zaragoza.
If you prefer to do it with a guide, sign up for our Goya Walk.
And remember that from the 19th to the 27th of September, Goya Week will be celebrated and within this event, there will be several cultural activities that you cannot miss.

Facebook
Twitter
Pinterest
WhatsApp
Email
Suscríbete a nuestro boletín
Artículo anteriorWhat prints are on display at the Goya Museum of Zaragoza?
Artículo siguienteManagement and strategy, digital transformation, sustainability and commercial tools, the core of the new training offer of the Ibercaja Campus

Plans for a different New Year’s Eve. Experiences in Spain to end the year