2021 has been a year to talk about female leadership in Go Aragón. We summarize in this post the best contributions of our interviewees: journalists, businesswomen, politicians, scientists, engineers, entrepreneurs, artists... 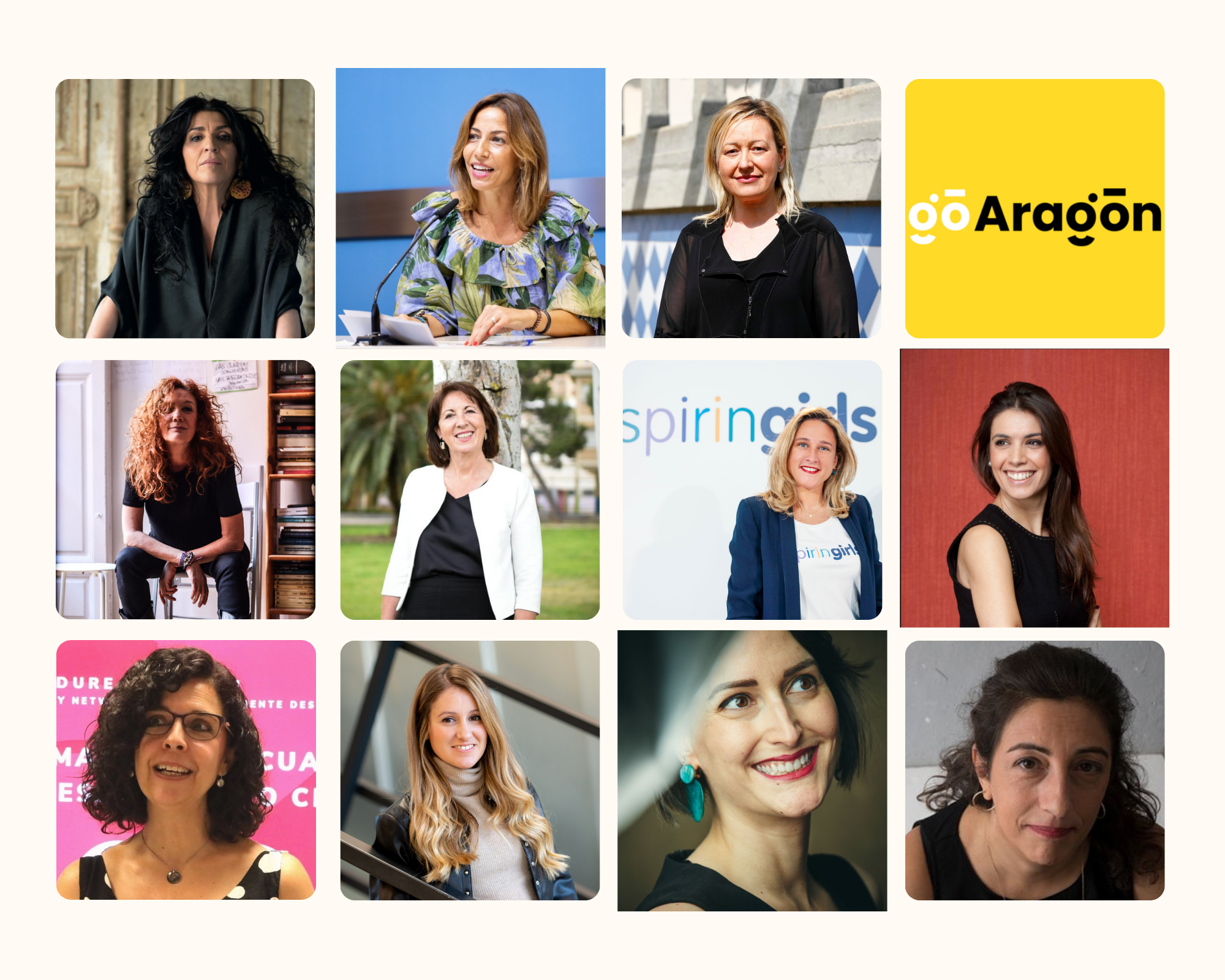 At Go Aragón we are committed to making the figure of women visible through women who exercise female leadership in different fields and professional sectors both inside and outside Aragón. They are all women who are standing out for having broken glass ceilings, for having consolidated successful projects nationally or internationally, even for having launched initiatives to promote the presence of women in their fields and to serve as a lever for other women to reach where they are today.

“We need possibilities, that allow us to be, that allow us to choose where we want to be, we need to show references and have an awareness of helping other women who are coming to light”, explained Pilar Fernández, head of Training at the Zaragoza Chamber of Commerce, who recognizes that it is important to ensure that companies recognize women in order to train them. “We believe that the main thing is to look for referents, show them, defend them and when these referents are part of the social, economic and political decision making, we must reach out to other women so that others have that visibility”, said Fernandez. 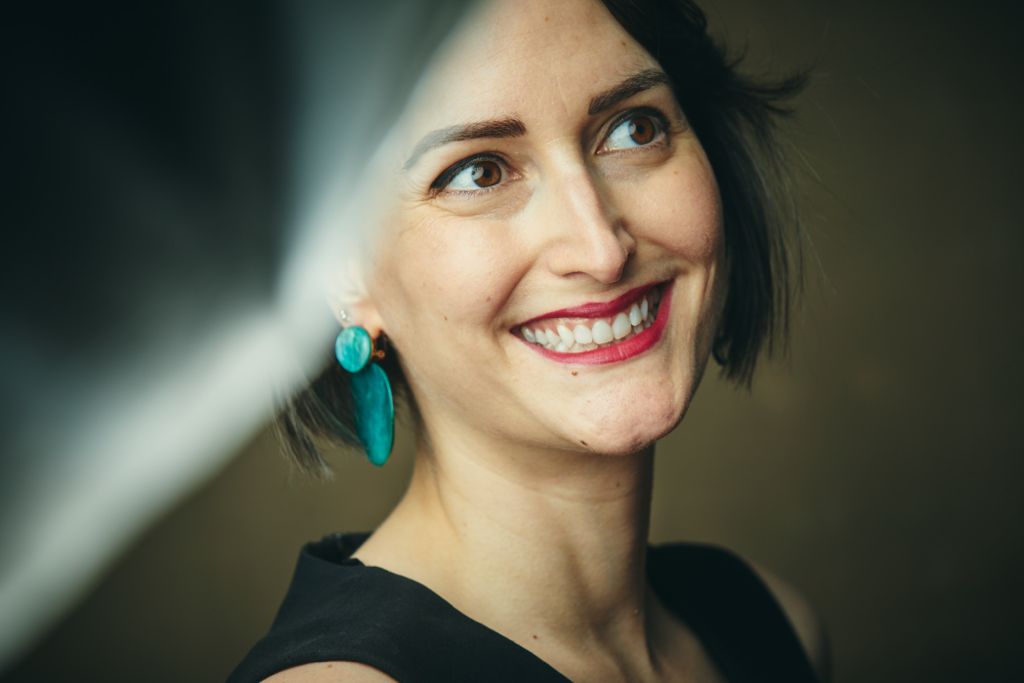 Estefanía Lacarte, head of communications at American Express, has also worked along these lines. She was president of her edition of the Promociona Project, which helps to promote women executives. “If we don’t communicate what we are and what we know how to do, we can’t generate roles and references for the new generations. It’s all a question of how the outside world perceives you and how you generate reference figures for the sector and the women who are coming up,” Lacarte tells Go Aragón.

And so, there are many initiatives and projects that aim to gradually generate these references, from the International Day of Women and Girls in Science, which also promotes Esther Borao from the Technological Institute of Aragon (ITAINNOVA), or others such as Inspiring Girls. Paula Gómez de la Bárcena, is the director of this initiative that generates future references for girls around the world. Since 2016, in Spain it has a large network of 2,000 volunteers whose testimonials have served to make girls consider studying careers in which they did not even know they had a place. It transcends beyond simple talks in schools, because the Inspiring Girls Club has been created, which in what they train girls in different subjects, such as technology, engineering or finance. Inspiring Girls has involved volunteers such as Ana Pastor, Ana Patricia Botín, the CEO of Google… all of them women of reference and undisputed leaders.

Along the same line of seeing role models, some women are betting on high-level role models, who are not only in specific areas, but also leading projects. “When it is said that girls have to see, for example, that there are women in the stem field, that’s fine, but they have to see that there are female bosses, that there are female engineers piloting top-level research projects, they don’t have to think of something utopian. Top-level management positions are important, but so is equality in the workplace”, explains Marta Gastón, Councilor for Economy, Planning and Employment of the Government of Aragon, in this interview.

For her part, Natalia Chueca, Councilor for Public Services and Mobility of the Zaragoza City Council, explains that this “is a conquest that is being achieved little by little, working and demonstrating the results with facts. We have to bet on talent and provide equal opportunities. Women must be encouraged to apply for these positions”.

Other women, however, are not so optimistic. “There is a problem not only of the presence of women, but also of where they are. I have been deputy director many times, deputy chief… but you never reach the top. There may be many women in a laboratory or in a newspaper, but they are hired as interns or at the bottom. If you look at all the newspapers we have, there are only two female editors. And so on. If you notice, the candidates for president of the government are men. The problem now is not the presence, it is that they do not reach the positions of responsibility”, argues journalist and writer Cristina Fallarás in this interview.

“I believe that female leadership does exist, but it is completely complementary to male leadership. There is no need to insist on the idea that we are different, but we do need to take it into account and anyone who wants their company to do well must take into account all types of talent,” says Gómez de la Bárcena. In an interview for Go Aragón, Ana María Farré, director of the Ibercaja Campus for Business Development of the Ibercaja Foundation and promoter of women leaders in different fields, such as education, expressed herself along the same lines. “I really like to focus on the richness of diversity. Men and women complement each other. Equality is diversity. I like to talk about feminism from the point of view of female leadership that adds up, not confronts,” Farré says.

Lawyer Cristina Llop speaks precisely of the competitiveness of some women in exercising this leadership. “Women are competitive in themselves and many times we ourselves are the ones who put obstacles in our way. It is not only the male gender that holds us back and we have to be aware of this. We have an educational problem that we have to overcome.

Art, a path to equality? 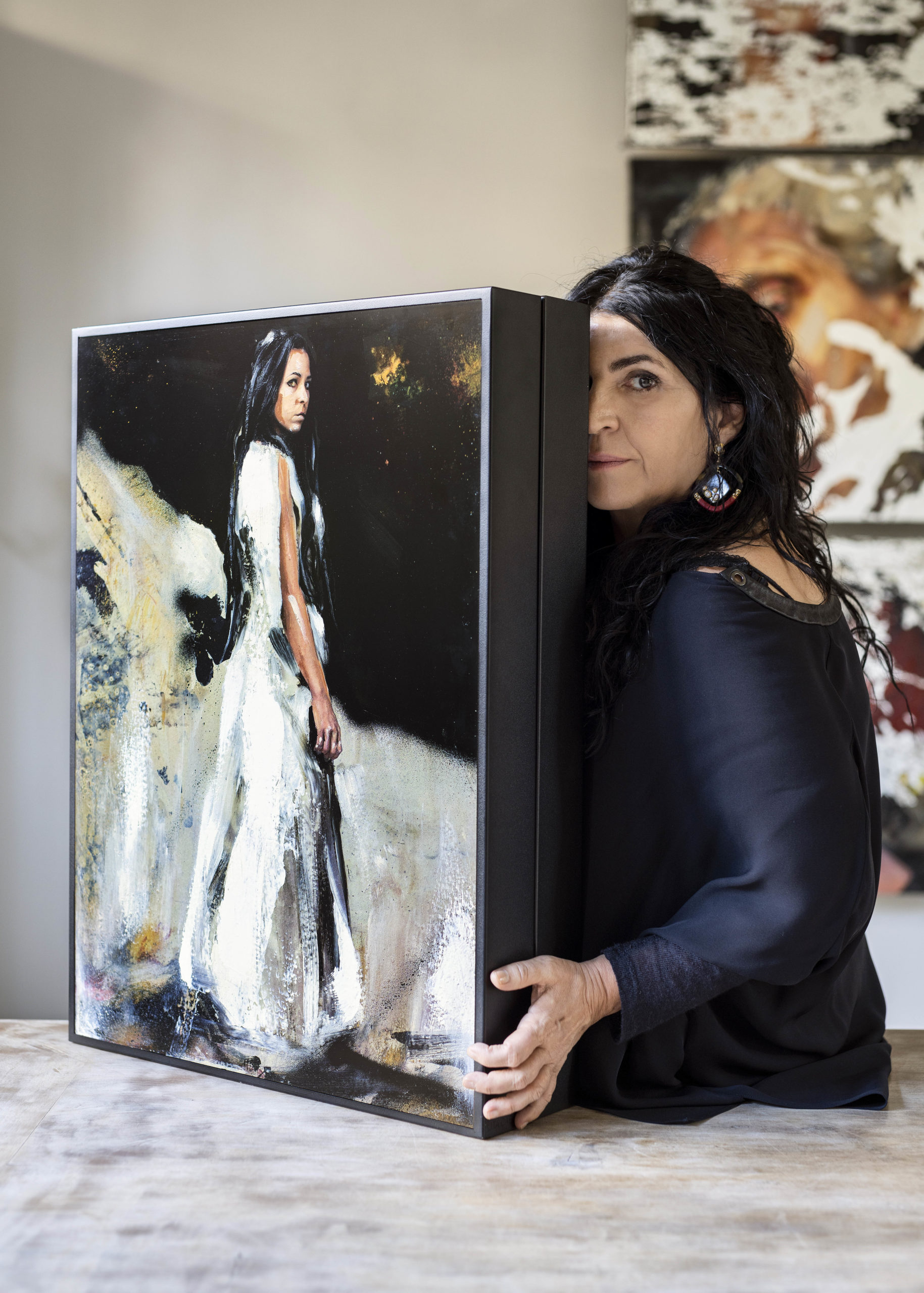 “Art is one of the best vehicles for working towards equality,” expressed Lita Cabellut in an interview in this medium. “Art has no dress and no name, art is so powerful and contains so much love that it is impossible to resist the truth it contains,” Cabellut pointed out, vindicating the role of women in art and all the work that remains to be done for women to occupy the place they deserve in this field.

“There are clearly sexist genres because only men appear in them, such as crime novels in literature, or war or westerns in cinema,” said Cristina Fallarás, journalist, political analyst, writer and defender of women’s rights. She is the only woman to have won a Hammett Prize awarded by the Semana Negra de Gijón. “The crime novel is the most macho genre that exists,” says writer María Frisa.

Read all the interviews about Women’s Leadership

Sádaba: the town dominated by its medieval castle

Javier Espada: “Buñuel was a surrealist before he met the surrealists”