Gúdar-Javalambre, the region where touching the stars is possible

In the southeast of Aragon lies Valdelinares, the highest village in Spain. In the same town, the Aramón ski resorts of Valdelinares and Javalambre are the epicenter of white sports in Teruel. In addition, this Starlight territory is one of the best places in Europe to admire the stars, as well as the paradise of the black truffle, since the town of Sarrión is the world capital of this product. 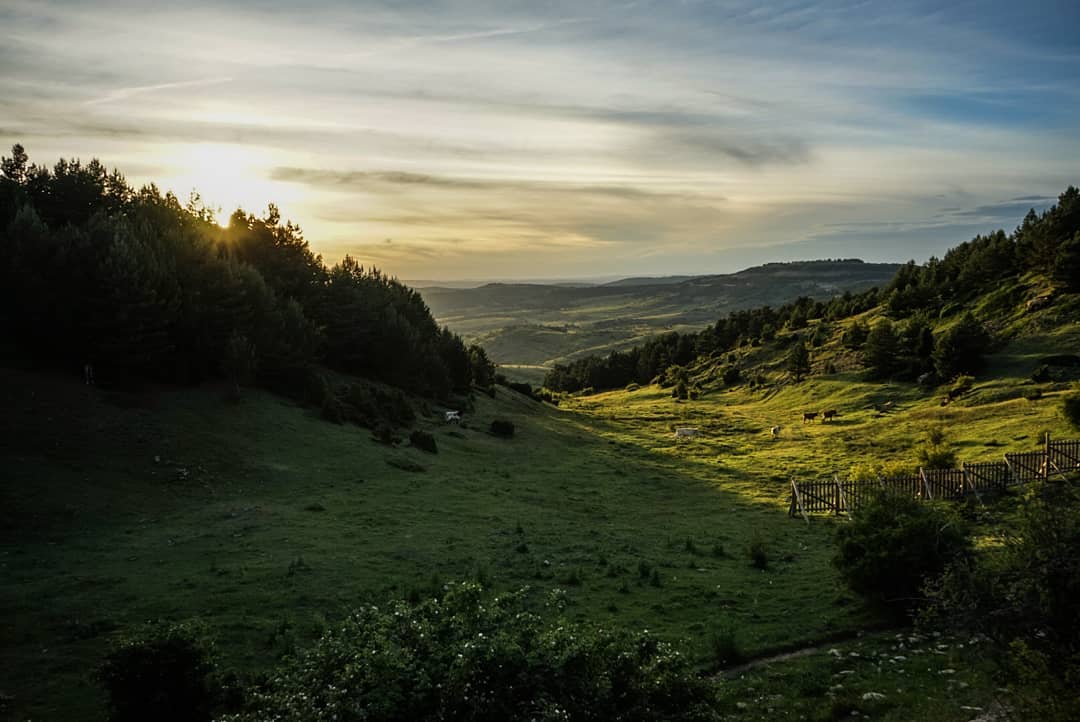 To the southeast of the province of Teruel and adjacent territory with the Valencian Community, is the region of Gúdar-Javalambre. Unknown to many, whoever sets foot in it is amazed by the surprises it holds inside. A paradise for astro-tourism, it is considered a Starlight destination. The altitude that characterizes this territory makes it a perfect white sport destination, with the Aramón de Javalambre and Valdelinares ski resorts, the latter being the highest village in Spain.

Some of its villages are included in the network of Magical Villages and the Most Beautiful Villages of Spain. The urban center of each one, as well as its castles will not leave anyone indifferent. In addition, if you want to eat luxury, you are in the right place. The flagship product is the black truffle, being Sarrión the world capital of this food.

The region of Gúdar-Javalambre stands out for its astro-tourism because it is free of light pollution. A magical plan on any summer night is to observe the sky in one of the best areas in Europe to see the stars, and as they refer to in their letter of introduction: “here we touch the stars”. For this reason it is worthy of certification as a Starlight destination and reserve, whose accreditation implies the existence of a commitment to the defense of the quality of the night sky and access to starlight. For the Gúdar Javalambre Starlight Territory, the starry sky becomes a heritage and legacy for society and its future generations. 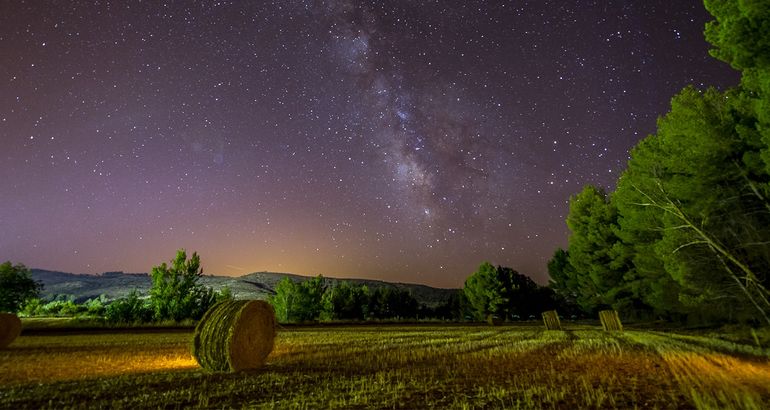 The Javalambre Astrophysical Observatory is located in the municipality of Arcos de las Salinas. There, the Galáctica center has been created, a unique interpretation center, where astronomy is brought closer to visitors who want to touch the sky. In addition, you can find your favorite spot to contemplate this bucolic sky through the network of star viewpoints in the region.

The town of Valdelinares has the seal of being the highest village in Spain, located 1,695 meters above sea level in the interior of the mountains of Gúdar-Javalambre. From there, you can feel like you are touching the sky.

The municipality of Puertomingalvo, early included in the association of The Most Beautiful Villages of Spain. This jewel of the region is surrounded by the nature of the Geopark of Maestrazgo. In its interior, highlights the church of the Purification, the Town Hall or the Hospital de Gracia. A walk through history and art that deserves to be done calmly. 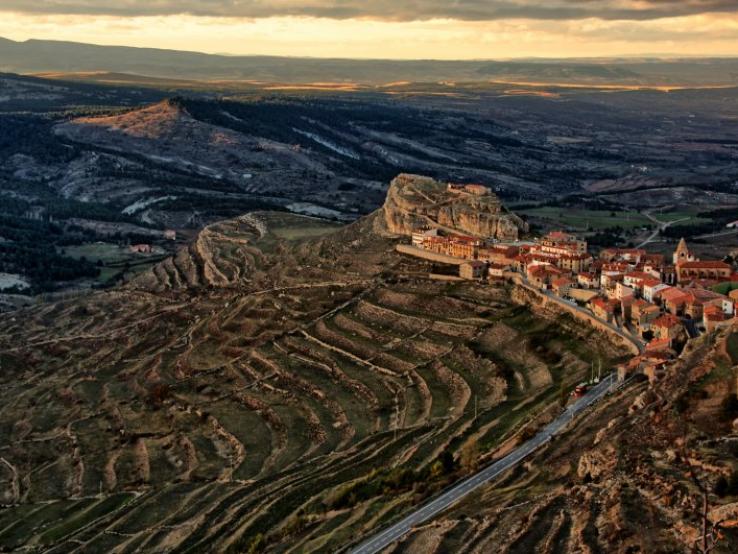 Also visit the towns of Alcalá de la Selva and Mosqueruela, the two municipalities of Gúdar-Javalambre considered Magic Towns. Alcalá de la Selva is the winter epicenter of the province of Teruel due to its proximity to the ski resort of Valdelinares. Although its attractions also lie in its historic and rich urban center. Do not forget to visit the imposing castle of Arab origin that dominates the town. The town of Mosqueruela was declared a Historic-Artistic Site in 1982.

The town of Rubielos de Mora is part of the privileged list of the Most Beautiful Villages of Spain. It offers one of the most attractive urban areas of the province with its walls, courtyards and houses. In fact, it was awarded the Europa Nostra prize for its careful restoration. One activity if you go with children is to visit the Ambarina Region, the sub-site of Territorio Dinópolis in the town.

Mora de Rubielos is dominated by the grandeur of its castle, one of the best preserved in Aragon. The castle of the Fernández de Heredia family combined military and stately residence functions and during the month of August it becomes one of the venues of the Puerta al Mediterráneo Festival. Also of Gothic style, this town treasures the other architectural jewel of the town: the ex-collegiate church of Santa María. 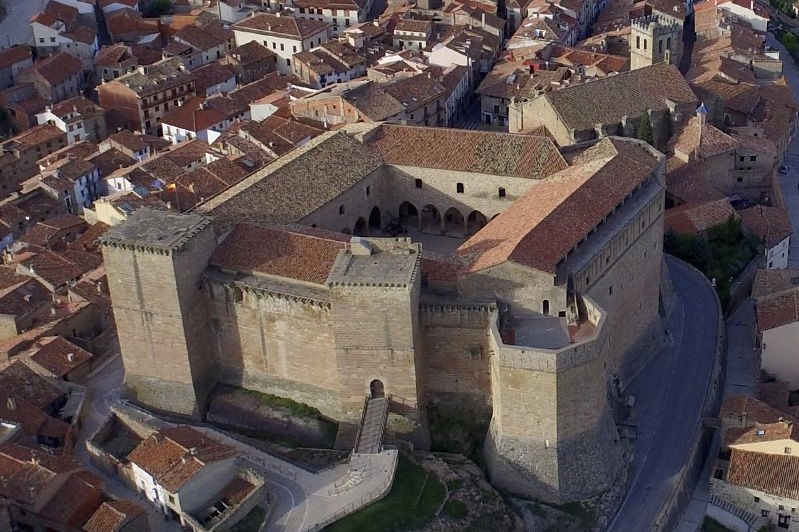 The black diamond of gastronomy

The region of Gúdar-Javalambre is considered the most important truffle-growing area in Spain and Europe, with an increasing international recognition due to the extraordinary quality and aroma of its truffles. Sarrión is the world capital of the black truffle (tuber melanosporum). In fact, this municipality annually celebrates FITRUF, the International Truffle Fair. Enjoy the best truffle recipes in the area such as chicken in pepitoria or pasta spirals with truffles and duck foie sauce. 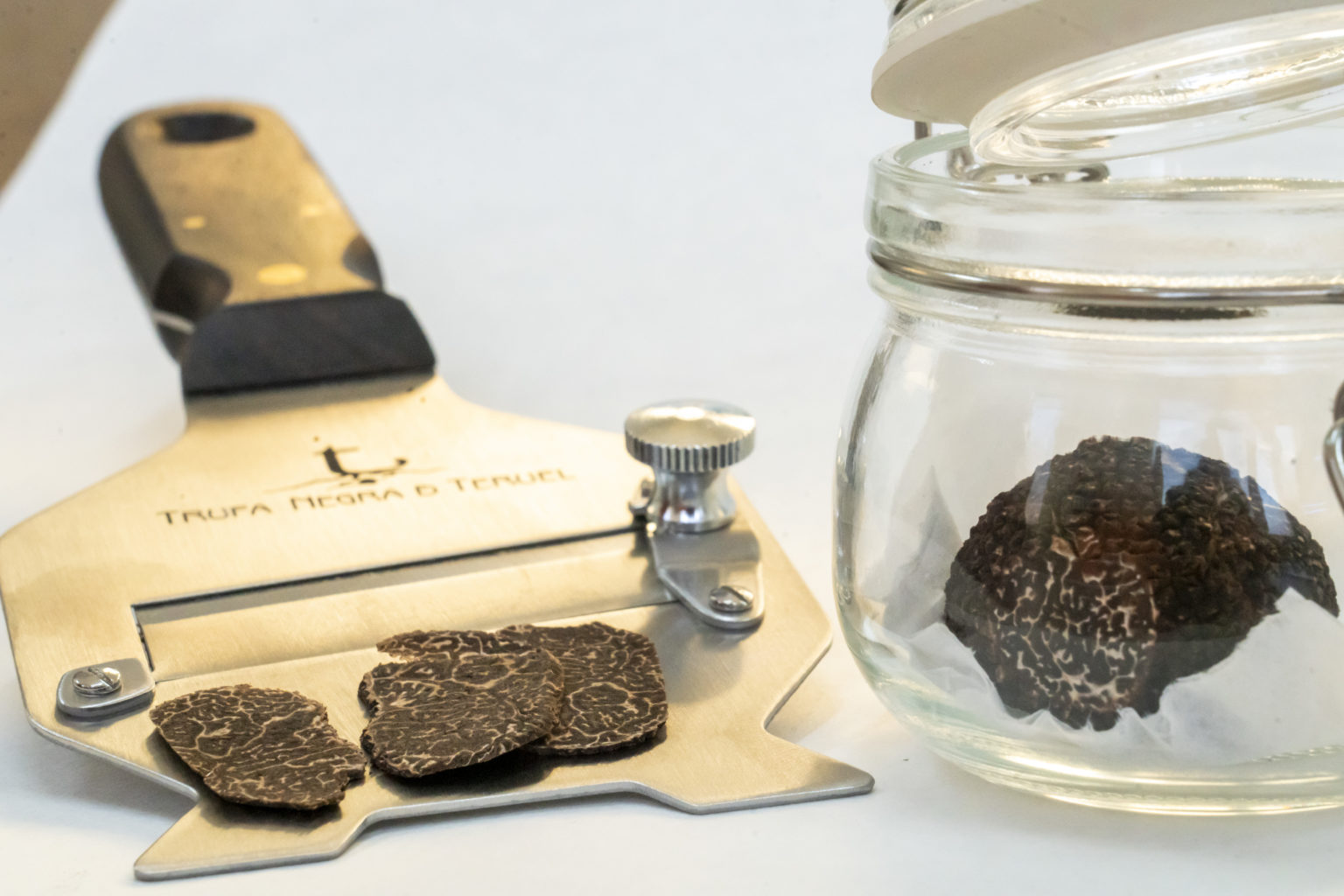 The altitude, as well as the cold and dry winters that characterize the Gúdar Javalambre region make it one of the cradles of Teruel’s delicacy par excellence. Indeed, we are talking about the D.O. Jamón de Teruel. One of the best restaurants in the region to taste this exquisite gastronomy is the restaurant La Fondica located in La Puebla de Valverde. Do not miss the migas de pastor with egg in two cookings, natural fruit and truffle or the secret of Teruel pork marinated in local herbs and roasted.

In the south of Aragón the white sport is also practiced. The Aramón ski resorts of Valdelinares and Javalambre are the favorite of Valencians due to their proximity to the community. Their modern facilities offer a wide range of activities for beginners to the most experienced, such as skiing, snowboarding, sledding and children’s activities. 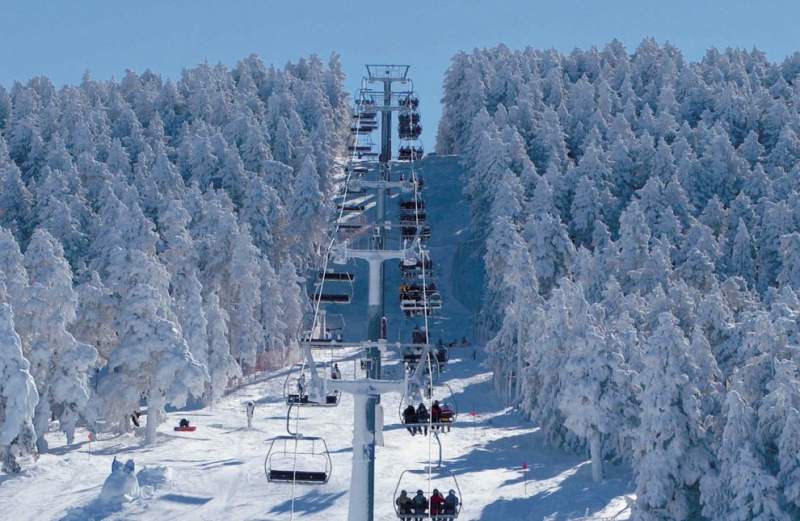 However, the arrival of the summer season is not synonymous with putting an end to the fun, quite the contrary. Enjoy the almost 1,000 kilometers of marked routes that will lead you through bucolic landscapes. One of them is the Pino del Escobón and the Molinete, perfect to go with the family. 6 kilometers of little difficulty to reach the Pino del Escobón, catalogued as a Singular Tree whose age is around 400 years old. And at the other end of the route awaits us the old flour mill of the Molinete, as well as some beautiful waterfalls. Another excursion suitable for all audiences is that of the Caños de Gúdar. You can start the route from the towns of Gúdar or Alcalá de la Selva. 2 kilometers of route along the course of the Alfambra River, whose waterfalls change depending on the season of the year.

Facebook
Twitter
Pinterest
WhatsApp
Email
Suscríbete a nuestro boletín
Artículo anterior
Aragón Film Commission launches the Guide to companies and professionals in the audiovisual sector
Artículo siguiente
The Quebrantahuesos, the cycling race in the Pyrenees that captivates thousands of people from almost 50 countries, is back

Get to know Loarre, more than a castle