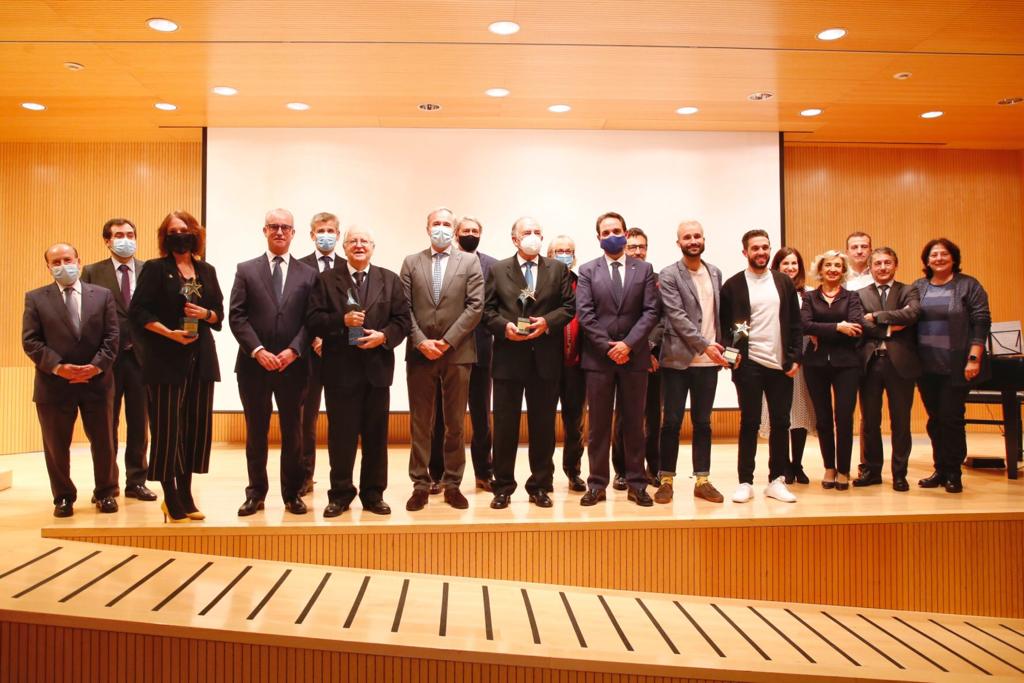 “Volveremos” (We will return) continues to reap successes and last night the program received one of the Aster Awards in the Digital Innovation category of ESIC. The business school, which recovered this award after a year’s absence due to the pandemic, wanted to recognize the democratization of digitalization, the impetus given by the mobile application, consumption in local establishments and the attraction of new consumers in the commercial and hotel fabric of the city. The Zaragoza City Councillor for Economy, Innovation and Employment, Carmen Herrarte, was responsible for receiving the award at a gala in which the Costa Group, the company Imascono and the president of the Ibercaja Foundation, Amado Franco, were also awarded.

What is the campaign ‘Volveremos si tú vuelves’ (We’ll be back if you come back)?

It is a project to support the commercial sector and all the economic activities carried out in the city. Through the portal www.volveremossituvuelves.com, visibility is given to the city’s businesses and the people behind them. Each business designs exclusive promotions and experiences that citizens can download and enjoy. It is a showcase of the establishments in each area of the city that invites Zaragozans to get to know them and visit them.
The formula to contribute to the reactivation of the economy is simple. The participating establishments offer, in this app, vouchers, discounts and offers, and customers can redeem them physically in the establishments for a certain time, or through e-commerce on the websites of the stores or companies that have this option.

“The project was risky, it had never been done before, but with the work of a great team, from the public sphere we have managed to reactivate trade and bring to our local fabric almost 28 million euros, without intermediaries,” explained Carmen Herrarte during the ceremony. “It is a win, win. Our entrepreneurs and citizens win, because “Volveremos” is a transparent project, the traceability of operations is total, it is the advantage of a 100% digital project”, specified the councilor.

The awards ceremony was also attended by the mayor of Zaragoza, Jorge Azcón, who highlighted the importance of the “Volveremos” program because “it has been an innovative and risky program that is giving important results in local businesses, achieving a multiplier effect of seven”.

The “We’ll be back” campaign in 2021 is having a “resounding success” every Wednesday. Until yesterday, Wednesday, November 24, 311,219 transactions have been made in the businesses adhering to the program that have brought to the local business fabric of the city 28,513,011.89 euros.

At the moment, 4,084,943.37 euros have accumulated in the virtual wallets of the application’s users, which must be spent before December 31, when the program will end in this 2021 edition. In total, Zaragoza City Council has invested 4.7 million euros in “Volveremos” this year, four times more than last year.